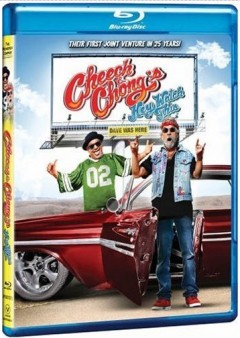 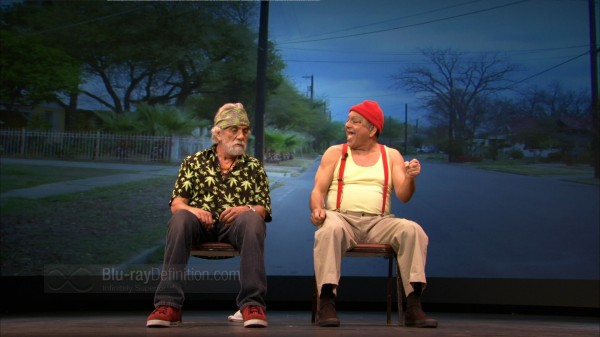 After 25 years apart and one stint in jail for Tommy Chong for selling a bong, comedy duo Cheech & Chong reunited in 2009 much to the pleasure of their longtime fans and many young ones. Touring for what they called the Light up America Tour, they brought back their old brand of raucous, drug infused humour, musical numbers and vignettes. Classic characters of theirs’ were resurrected, like Red Nickey and so were some of the old musical bits, such as “Born in East L.A.” and “Mexican Americans.” It was almost like a time warp and Cheech & Chong had stepped right out of a drug-addled haze of smoke from the 70’s into 2009 without missing a step. Of course, some new material came along for the ride, like “Let’s make a dope deal.” Whatever was on tap (or in the “pipe”) everything seemed to be quite crowd pleasing.

Hey Watch This is the film that chronicles the Light Up America tour, taped in San Antonia, Texas. It edits together the duo’s almost surreal comedy act, splices it together with some other “backstage” vignettes and “live” commentary by Cheech & Chong themselves, and serves up an odd, but thoroughly amusing comedy concert film. It should be a much sought after item for fans of the two “green” comedians. 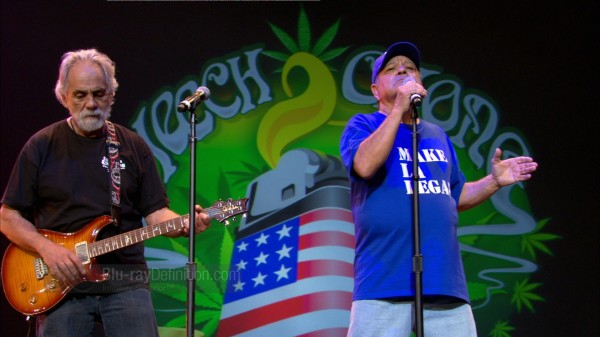 The 1080p/24 AVC/MPEG-4 encoding for Hey Watch This from Weinstein is certainly adequate for this sort of live comedy material where, let’s face it, people are more focused on the content and vibe than how great the video quality is. There is a good enough amount of detail and flesh tones are accurate. Things look lifelike, adding a “you’re there” feel to watching the disc. I did notice some slight aliasing, but it was hardly distracting. 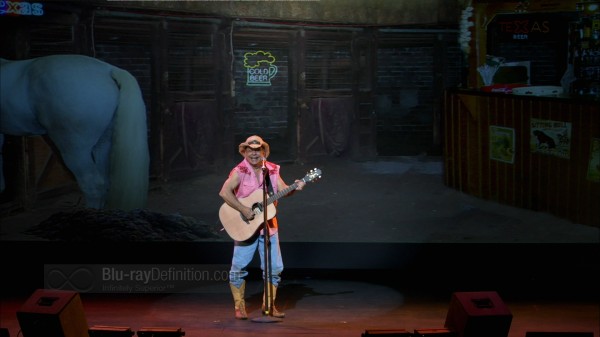 It would have been nice to have a lossless surround option offered on this release, but the Dolby Digital 5.1 mix is certainly adequate enough for this sort of material. The mix conveys enough of a live feel during the stand-up performances and musical segment to make one almost believe they are in attendance at a Cheech & Chong show and the right balance of crowd noise aids the comedic atmosphere. 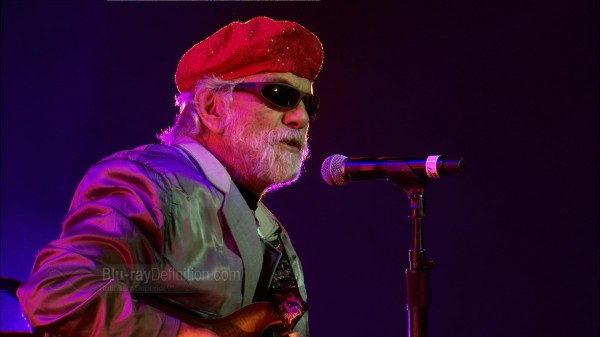 The video supplements offer up some good extended material edited out of the final cut of the film and should please fans of the comedy duo who did not get to catch them on tour. 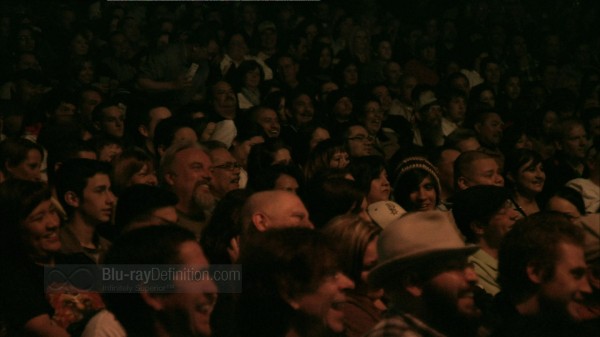 Put aside all the techno babble for a moment and don’t worry about whether this one is a reference release or not; just pop it in the player and let the hilarity ensue. And maybe grab a snack for the contact high that just touching this thing is likely to give you. 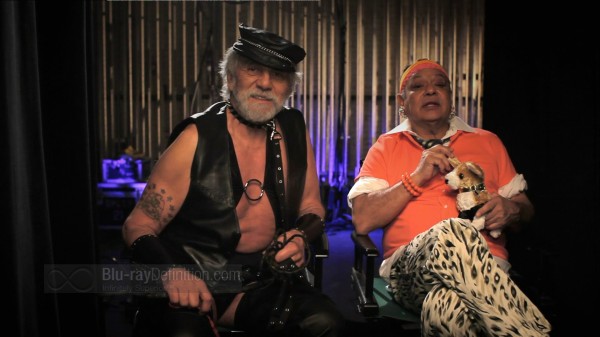 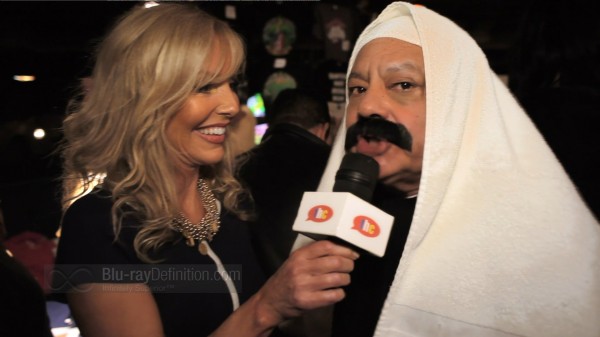 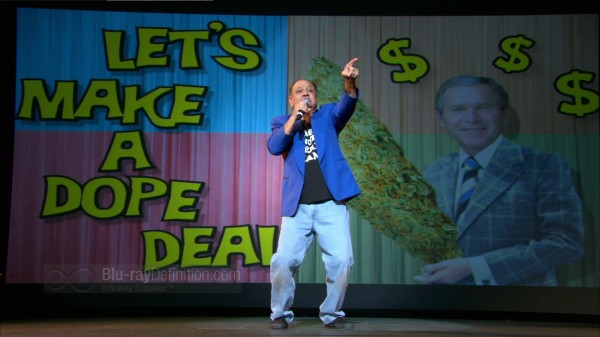 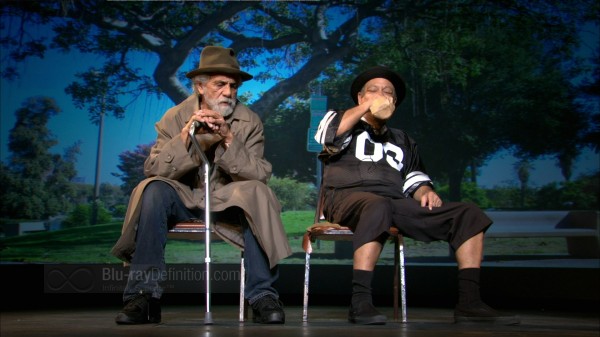 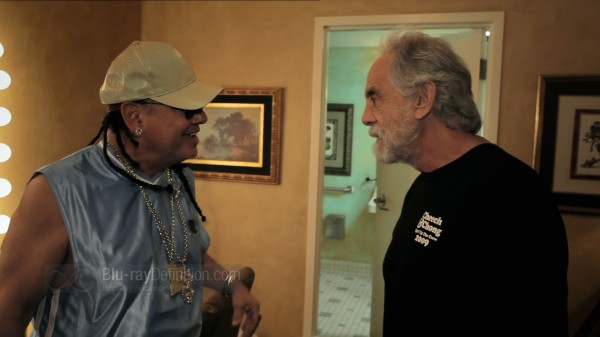 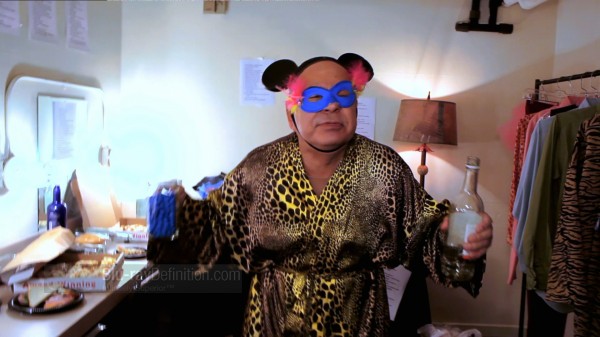 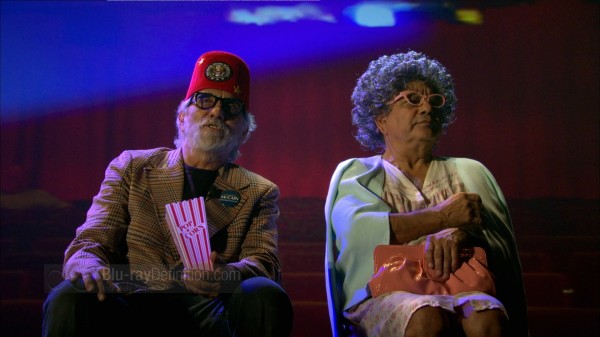 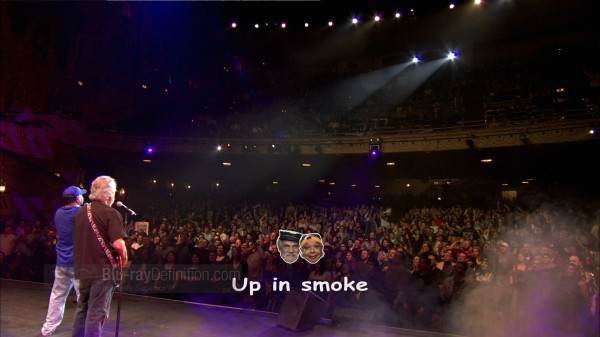