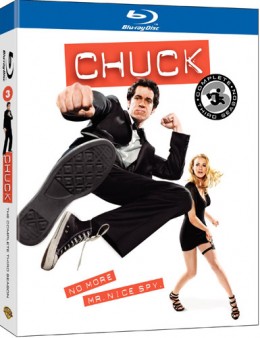 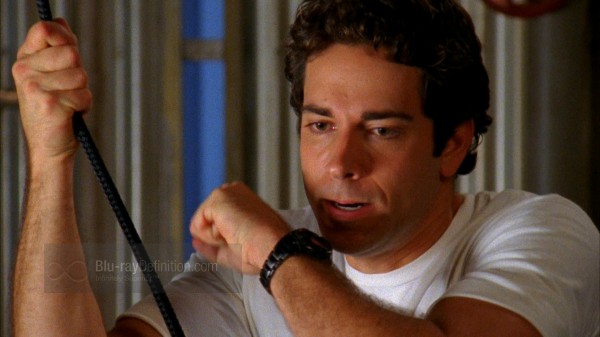 The geeky fan favorite is back for a third go-round on Blu-ray and it should certainly please fans of the series that fought (and ate plenty of Subway sandwiches) to keep the series on the air. For those unfamiliar with the series, Chuck is a mixed genre of sorts. It’s a comedy/drama/sc-fi/romance/spy thriller about geeky computer tech Chuck Bartowski (Zachary Levi) who works as a “Nerd Herder” at a Buy More (think Best Buy and the Geek Squad) who mistakenly has a top-secret government supercomputer known as the Intersect downloaded into his brain, thereby turning him into a superspy. He’s teemed up with a gruff, former military bad ass John Casey (Adam Baldwin) and sexy blonde CIA agent Sarah Walker (Yvonne Strahovski) to do undercover battle against all the meanies that want to hurt the United States, particularly a shadow intelligence organization known as The Ring.

Season 3 finds Chuck with the Intersect 2.0 in his brain and a whole new skill set — now he can do kung-fu, among other things, and he’s moved on to a whole new level of getting his spy on. No longer on the sidelines, Chuck is in training to become a real CIA agent, but he has some performance issues. It seems our geeky hero has trouble “flashing” (that’s when the intersect kicks in) when he’s under pressure. So, his career is in jeopardy. The on again/off again romance/faux romance between Chuck and Sarah gets even more complicated as a new CIA special agent, Superman himself, Brandon Routh, is brought in to play the mysterious Agent Shaw, who takes over Team Bartowski and gets between Chuck and Sarah.

But, wait! That’s not the end of it. More of Chuck’s friends and family get pulled into his double life as a spy, Kristin Kreuk (Smallville) stops in as a love interest and, of course, no season of Chuck is complete without the ever-present pop culture references that make the show oh so fun to watch for the geeks in the crowd, Buymorons up to their usual clowning, and Chuck’s main pal Morgan (Joshua Gomez) is back and girl-less, as usual. 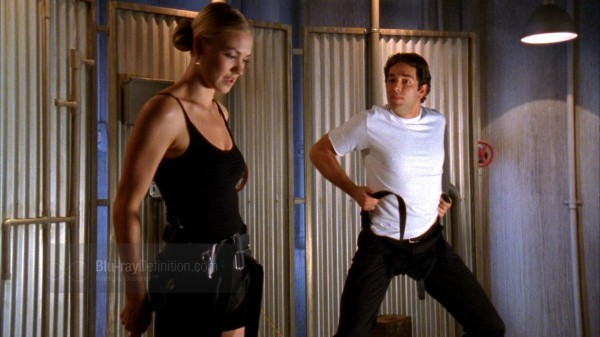 Chuck: The Complete Third Season definitely offers a big upgrade over the heavily compressed 1080i broadcasts of the series, but don’t expect miracles for this 16mm film production. Gone are the macroblocking issues, unstable black levels and weird flesh tones, but the softness from the original source, hot white levels and sometimes dull looking overall gamma remain. Still, Chuck looks rather solid in this 1080p/24 VC-1 Blu-ray release and I’d take it over any HD broadcast any day. 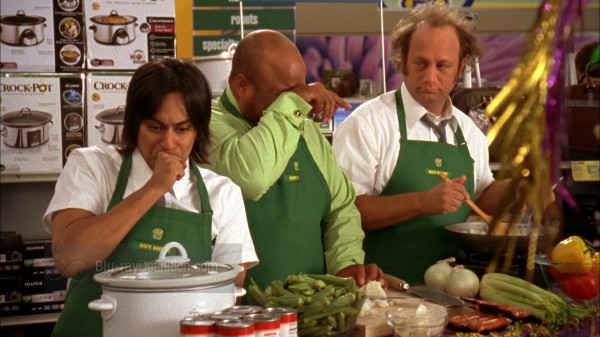 The audio is only a minor improvement over anything you’ve already heard if you watched the broadcasts of this series, since Warner continues to limit the sound of their TV-on-BD releases to DVD-era Dolby Digital, giving them only a mild bump up to 640kbps. With that being the case, you’ll hear nothing special in this Dolby Digital 5.1 mix of Chuck. The ambience sounds a bit tight, the high frequencies are a little rigid and sound effects, when panned into the surrounds, sound a little chintzy. 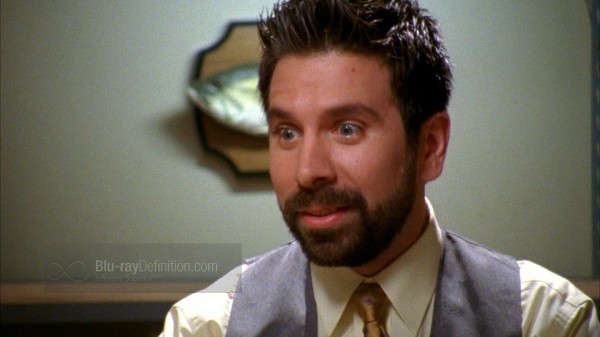 There are enough deleted scenes on this release that a “Director’s Cut” could be put together. Better still, everything, including the featurettes, are in 1080p. This is a true value for Chuck fans. 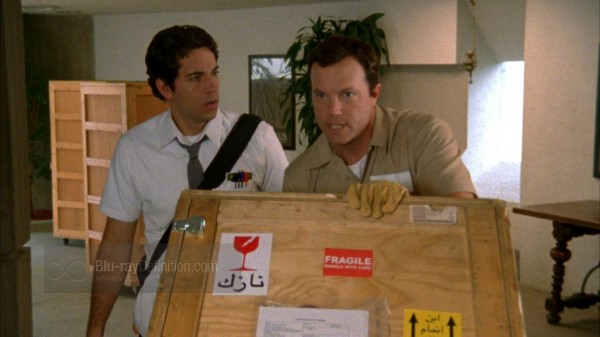 Pick up this solid Blu-ray release of Chuck: The Complete Third Season and fly your geek flag high. It looks great and it may have been, arguably, their best season to date. 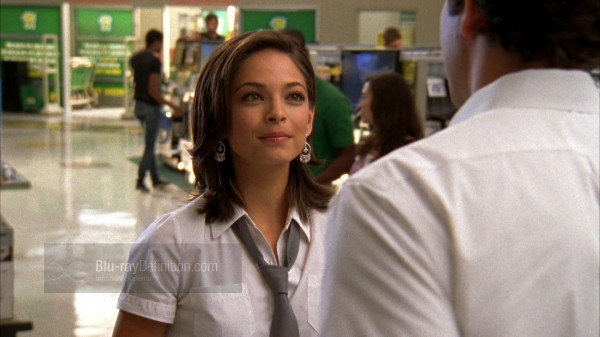 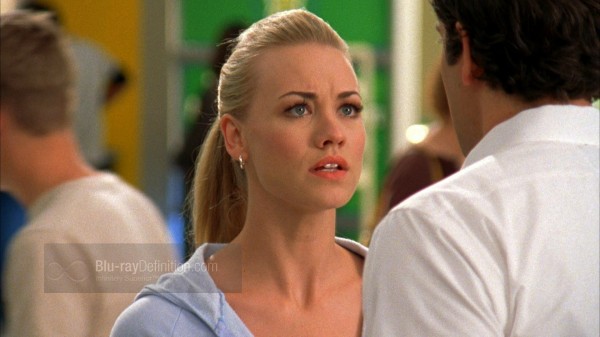 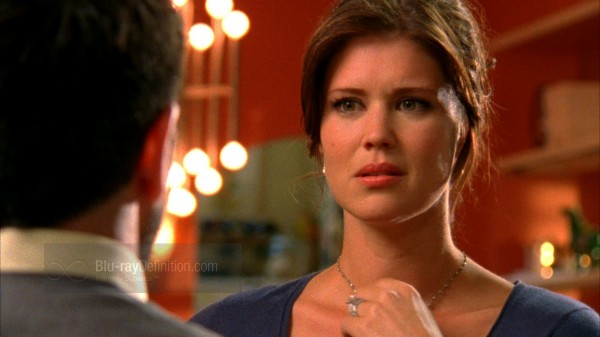 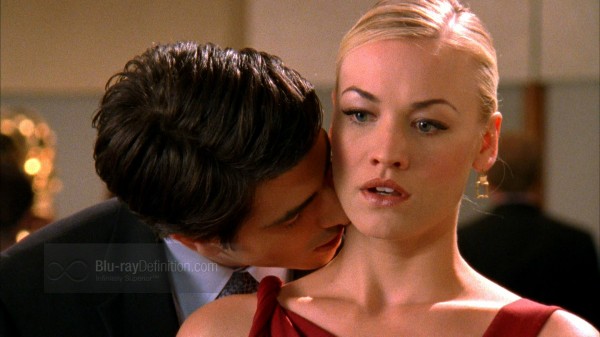 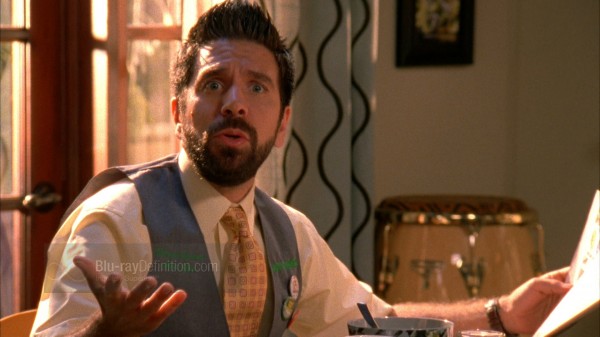 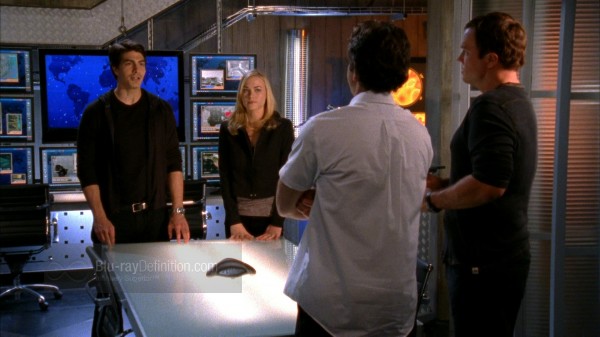 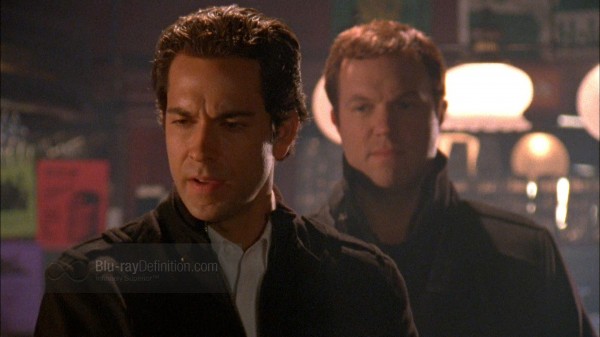 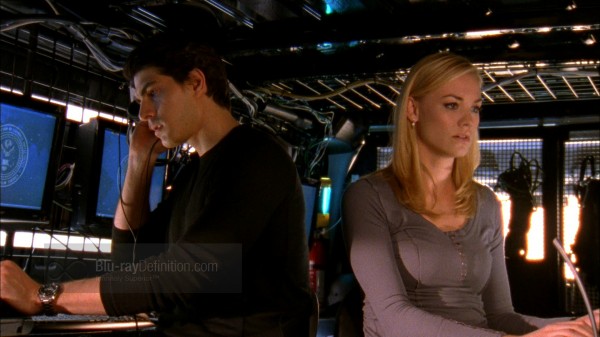 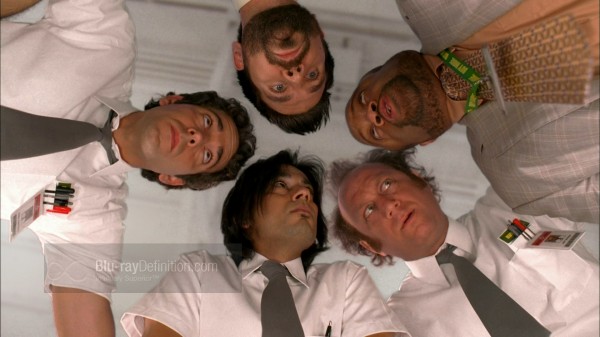