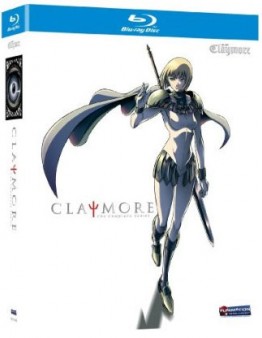 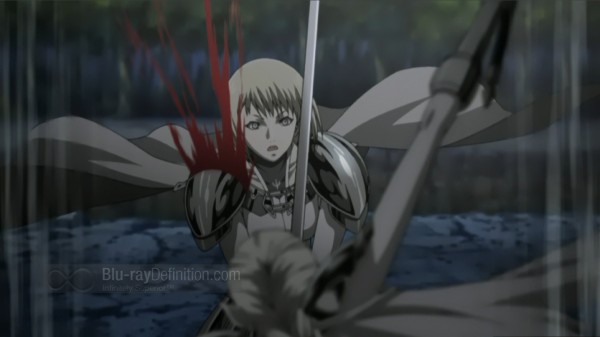 A fantasy set in a fictional medieval world, Claymore is an anime based on the first eleven volumes of a manga by Norihiro Yagi. Directed by Hiroyuki Tanaka, the series revolves around a female knight-like warrior named Clare. As part of an organization which oversees these warrior women that the people have named “Claymores” based on the swords that they wield, Clare roams the countryside fighting horrible beasts known as “yoma” that eat human innards.

The Claymores, also known as “The Silver-Eyed Witches,” are themselves half yoma and half human. They have been created solely for the purpose of protecting humans from the yoma, and they possess great strength within, known as their “yoki power.” They must be careful, however, because as they expend their energies fighting the yoma, they reach their limits and ultimately turn into the things that they fight, losing their humanity.  These yoma, however, are known as “awakened beings” and are more powerful than can be imagined.

When Clare comes to a town and slays a yoma, she meets an orphan boy named Raki whose parents were killed by yoma. He follows her to show his gratitude, and he becomes Clare’s traveling companion on her journeys. It soon becomes clear that Clare is on a journey of revenge to kill an awakened being named Priscilla who killed someone very close to her from her past. Not only that, but the clandestine nature of the Claymore organization slowly begins to unravel, as unimaginable secrets about the yoma and the women created to fight them are slowly revealed.

Claymore is one of the best anime series that I have seen in a long time. I have to admit that I initially thought, not being familiar with the comic that it would be just another typical anime about a sword-fighting woman, but it isn’t. Claymore is filled with intrigue, suspense and real drama. Once I started watching it, I couldn’t put it away. There is strong character development, especially for Clare, and the stories all make great sense within the boundaries of fantasy, of course. 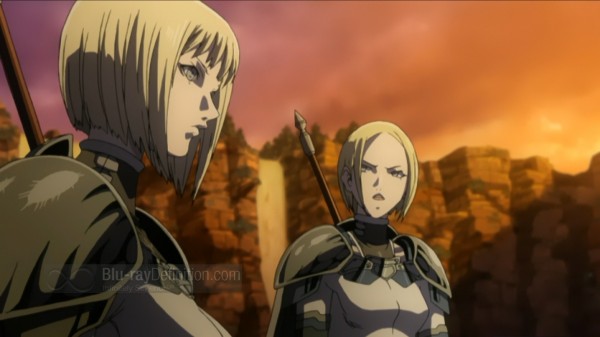 Despite being only 1080i, Claymore’s AVC/MPEG-4 encoding actually looks slightly better than most of the recent box sets we have see from Funimation, including Heroic Age. There are still issues with softness, aliasing, and some macroblocking or pixelization, but they seem to be a bit less intrusive in this transfer than in some of the other releases. Claymore’s color palette is one that is bleak, near black and white at times, so there are not many occasions for colors to “pop,” but the shadow detail is strong and there is not much video noise apparent. 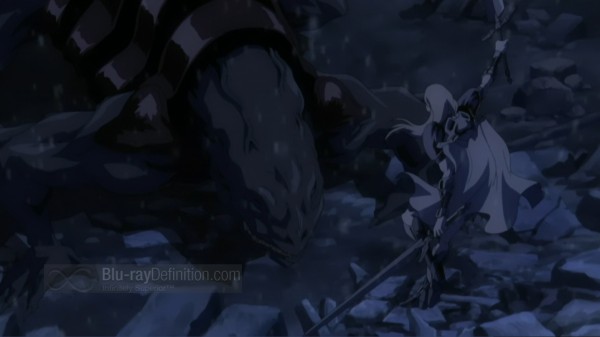 English Dolby TrueHD 5.1 and Japanese Dolby Digital 2.0 soundtracks are provided on this release. No lossless option is available for the original Japanese language track, unfortunately. There are good dynamics in the English track, although it is still mastered at a relatively high volume, which seems to be the norm for Funimation titles. The surround channels are always active with discrete sounds, ambience and atmospheric sound effects, dialogue is clean and low frequency extension is good, although not resounding. 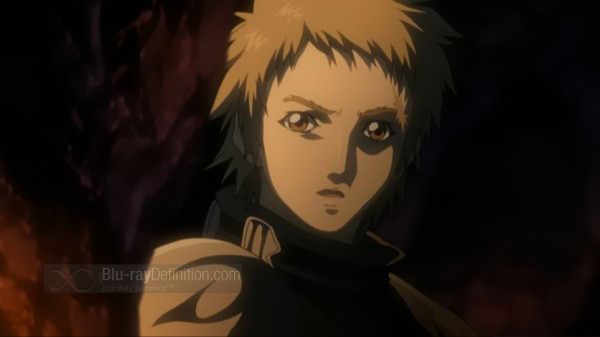 Unlike Heroic Age, which was released together with Claymore and had practically no extras, this release has a decent amount of bonus materials that should sate fans’ appetites and help ease the pain a bit of shelling out for this not inexpensive set. 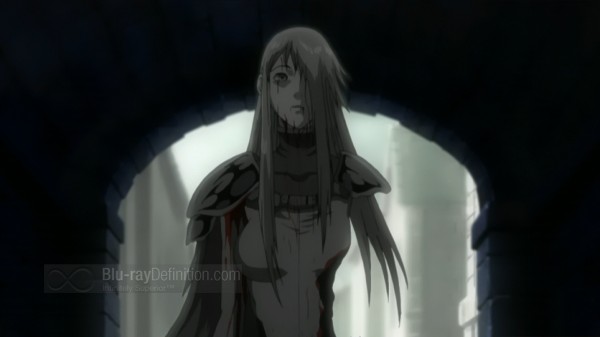 This is anime as it should be: riveting, energetic, dark, and beautifully animated. Claymore will draw you into its world and you won’t want to leave. Highly recommended. 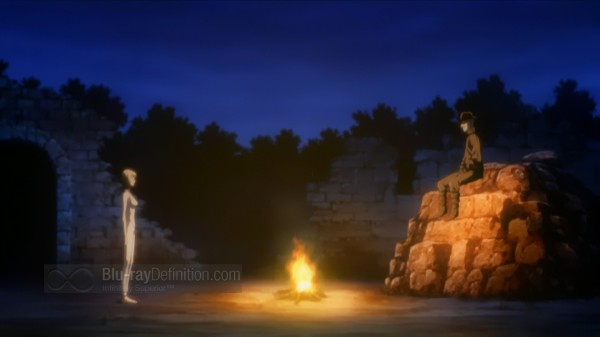 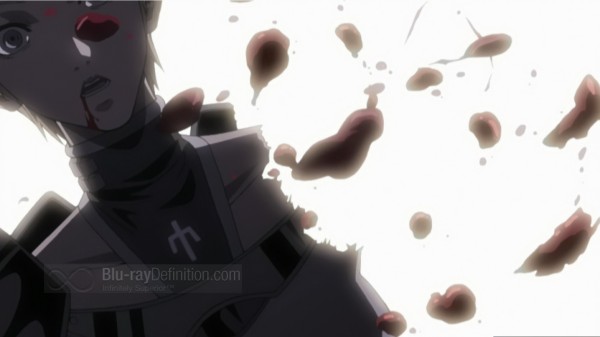 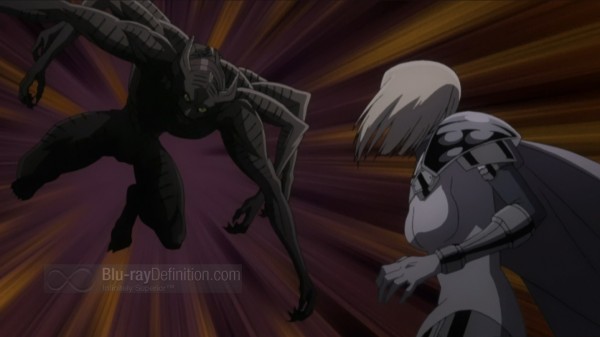 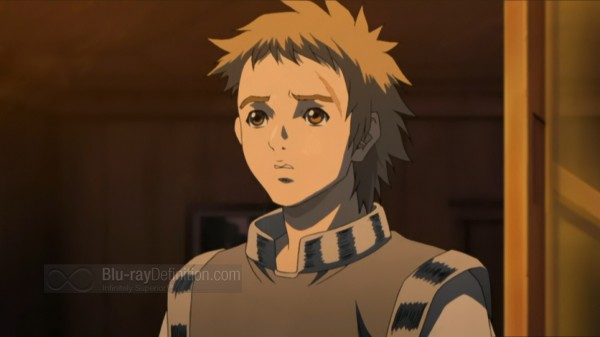 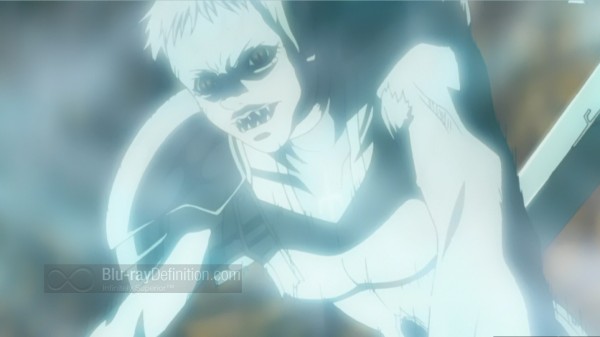 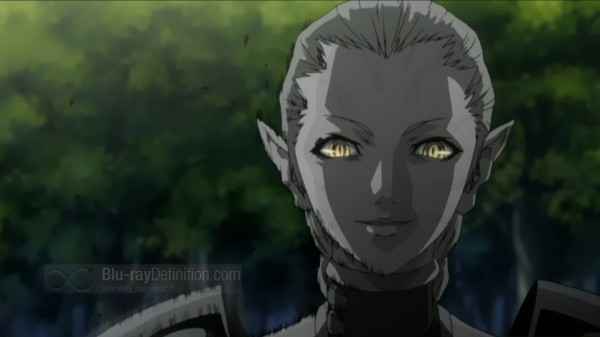 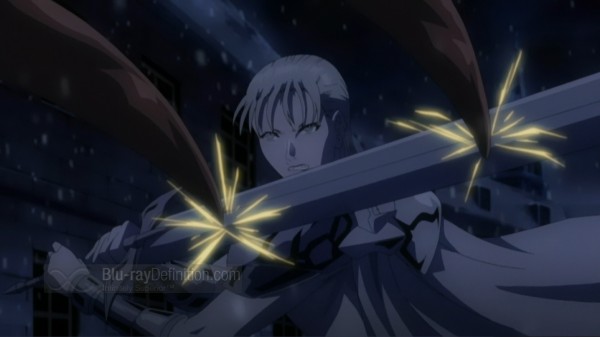