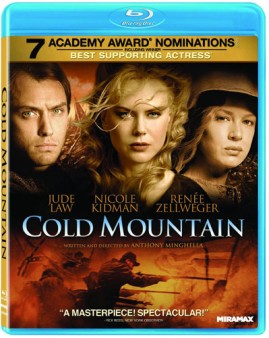 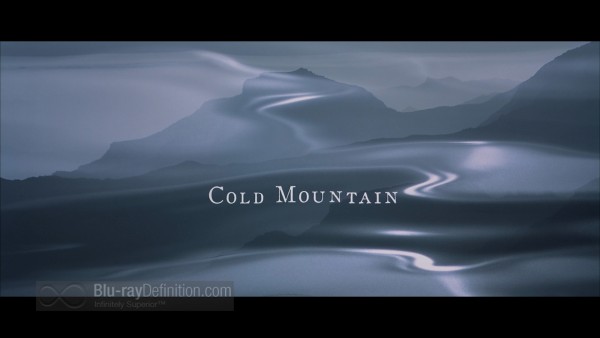 Anthony Minghella (The English Patient; The Talented Mr. Ripley) brought his sense of style and romance to this civil war romance epic, Cold Mountain, based on the novel of the same name. A star-studded affair featuring Nicole Kidman, Jude Law, Renée Zellweger, Philip Seymour Hoffman, and Natalie Portman, the film is a beautifully shot drama that unfolds like a Greek myth, like some 19th century rendering of Homer’s Odyssey.

The American Civil War has begun and the small mountain town of Cold Mountain, North Carolina has been unsettled by having all its young men going off to war. Inman (Law), a man of ambiguous feeling towards the whole war has just begun a fleeting romance with the well bred Ada (Kidman), recently arrived from Charleston.

Separated by war, the two disjoined lovers have only their memories of each other and unanswered letters to help see them through the worst of times. While Ada suffers tumultuous times at home, her father dead and a cruel confederate home defense soldier coveting her land, Inman deserts the war and begins a long walk back to Ada. It is a harrowing journey that will find him crossing paths with an array of colorful and desperate characters.

Gorgeous imagery combines with the traditional American folk music and powerful performances from Kidman, Law, and Zellweger (who won an Oscar for Best Supporting Actress) to make Cold Mountain a superlative romance. 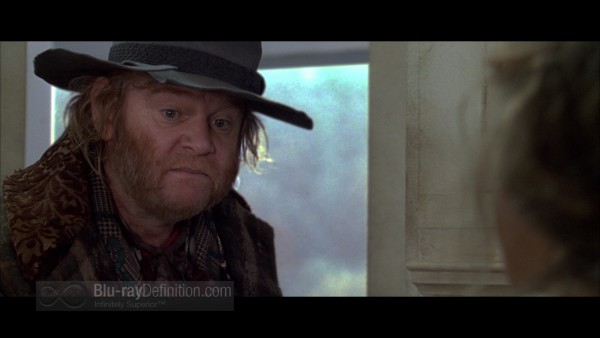 This seems to be yet another Miramax release on Blu-ray from Lionsgate that looks like it comes from a master that may have been more than good enough for DVD, but doesn’t quite hold up on Blu-ray. This AVC/MPEG-4 encodement has some negligible appearances of specks here and there, but the main issues are with the soft looking grain structure some definite instances of compression noise and some spots where white levels seem to clip. All of these things can be seen in the screen capture immediately above this paragraph. 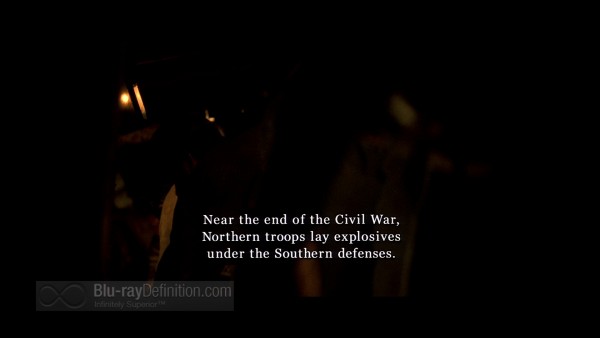 The lossless DTS-HD Master Audio 5.1 soundtrack is actually pretty good at presenting the dialogue cleanly in the center channel with a strong stereo spread for the score across the front and good balance of atmospherics in the surrounds. It that allows for the sounds of the crackle of a fireplace or the soft hush of a breeze through the trees to creep into the room. During some of the early battle scenes, the lows are rather hefty, but not resoundingly so. 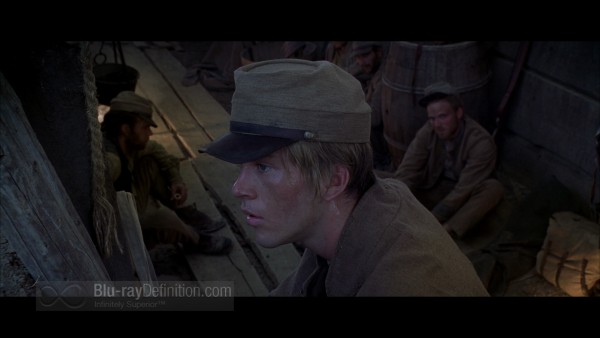 The supplements on this Blu-ray release of Cold Mountain, as seems to be the continuing case with these Miramax releases from Lionsgate, are all ported-over and in standard definition. Nevertheless, there are a good bit of goodies on here, including an hour-long making-of documentary and the somewhat odd, but still interesting to watch Royce Hall special. 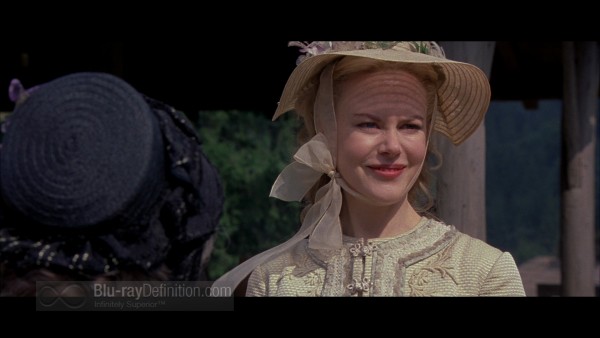 Cold Mountain manages to go beyond the usual political issues that cause a Civil War drama to stagnate, and it radiates with humanity, mythos, and magic. The Blu-ray disc itself, however, leaves a little to be desired in its high definition transfer, but it is still a decent enough upgrade over DVD to make it worthwhile. 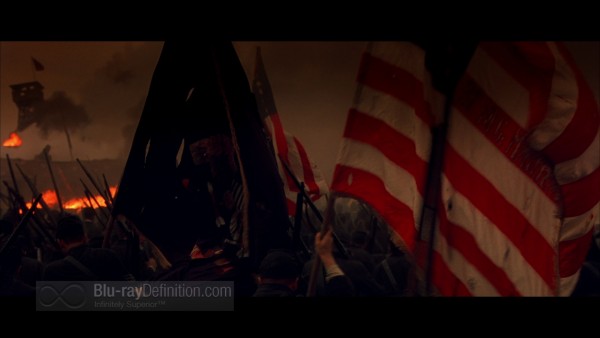 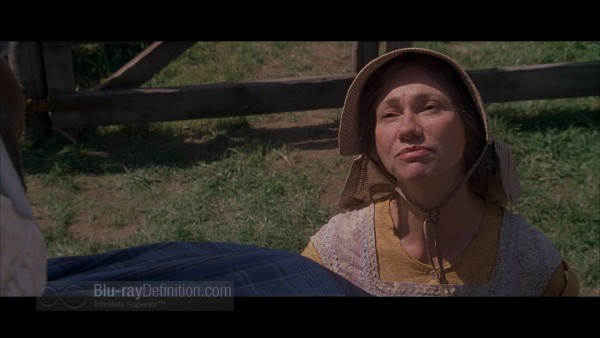 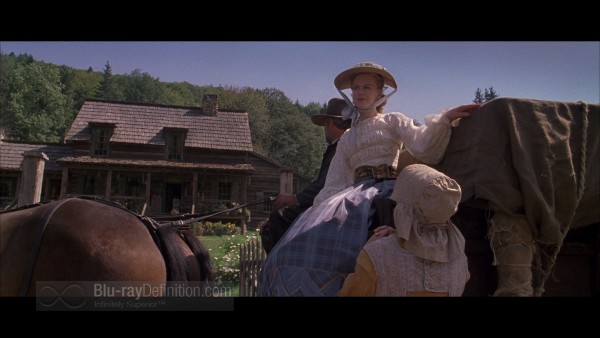 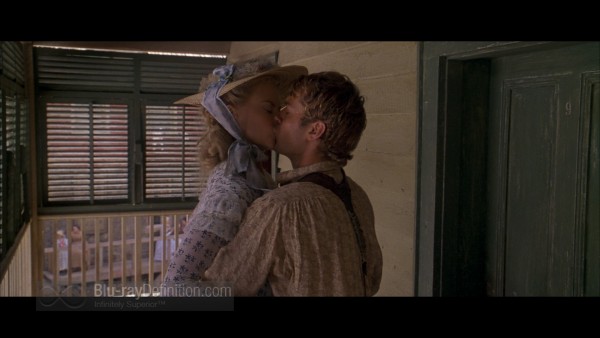 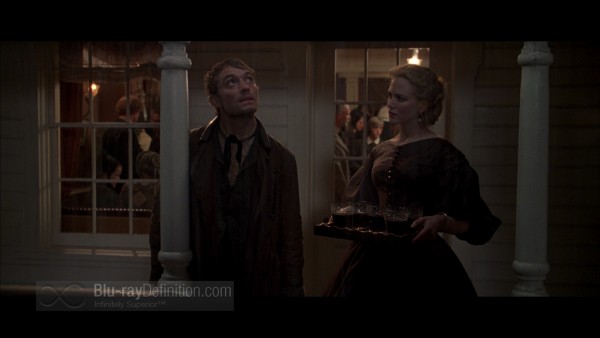 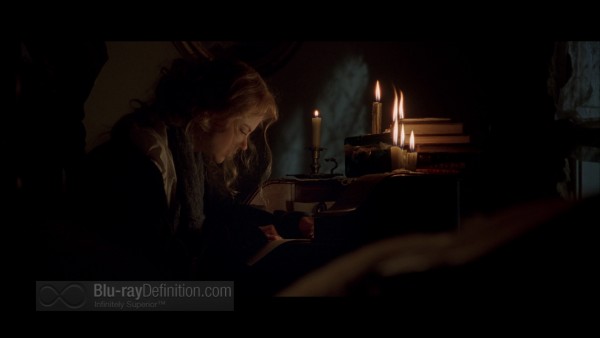 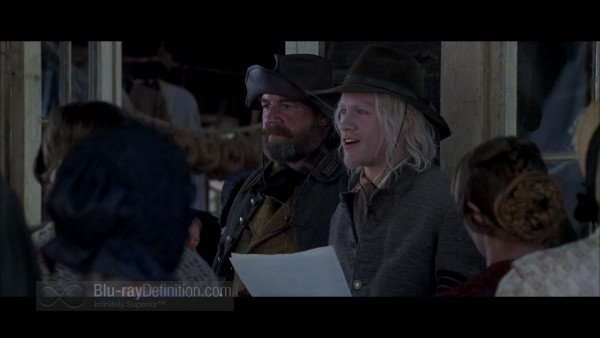 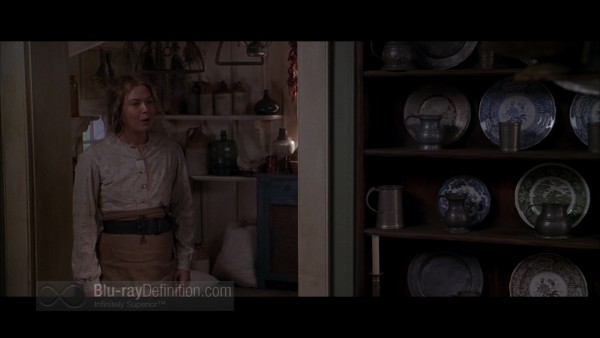 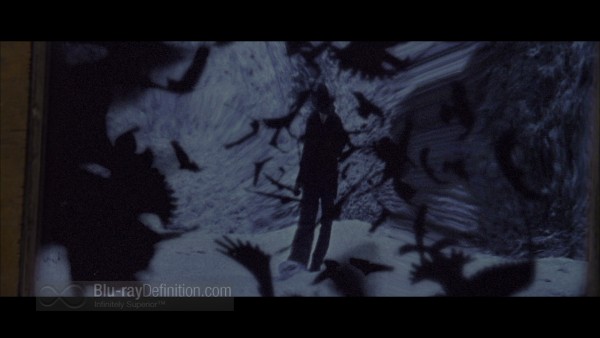 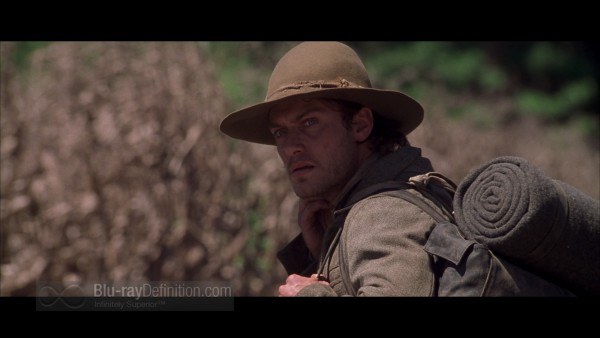 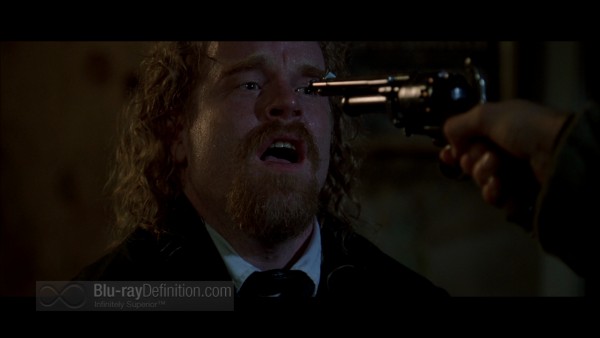 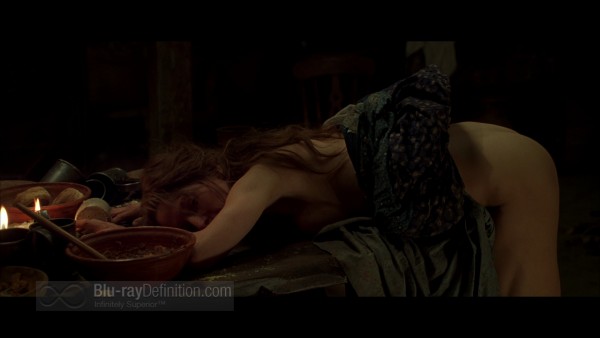 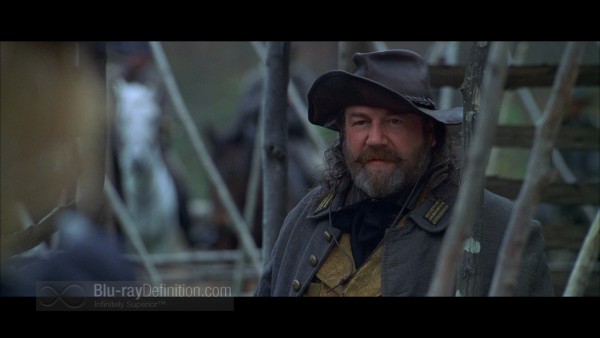 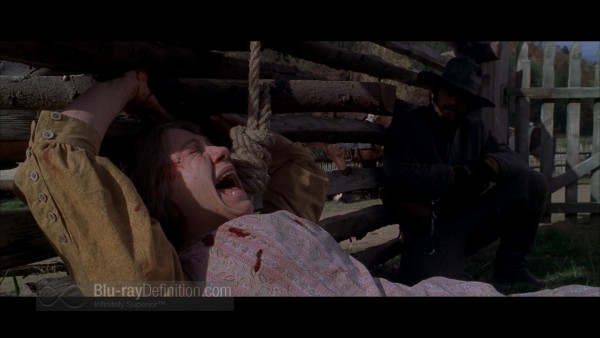 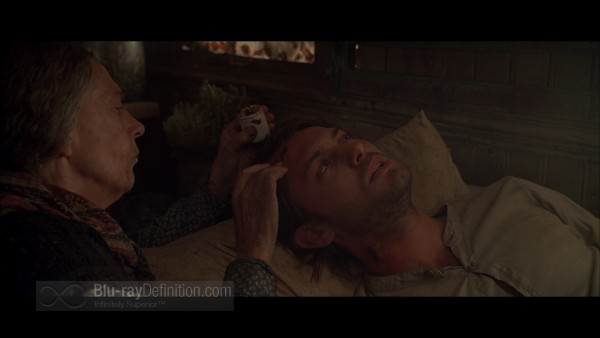 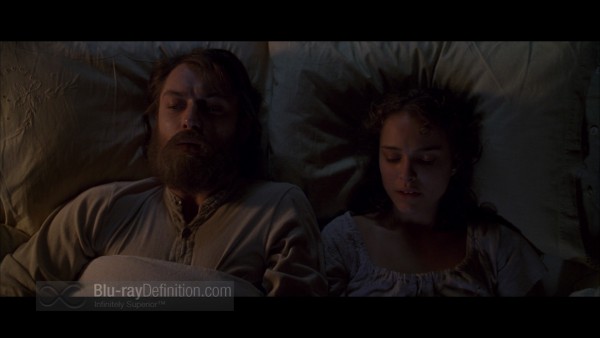 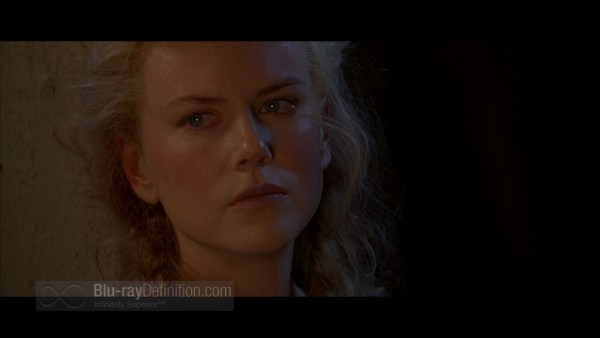 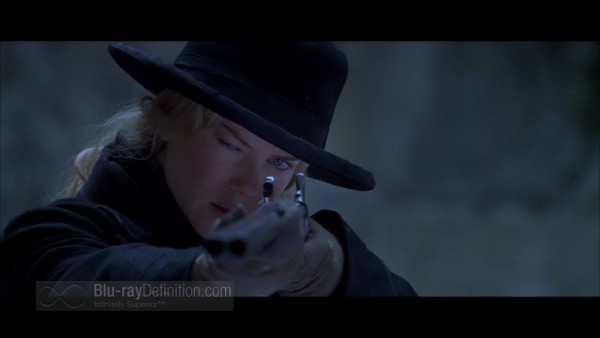