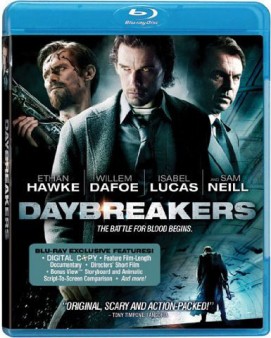 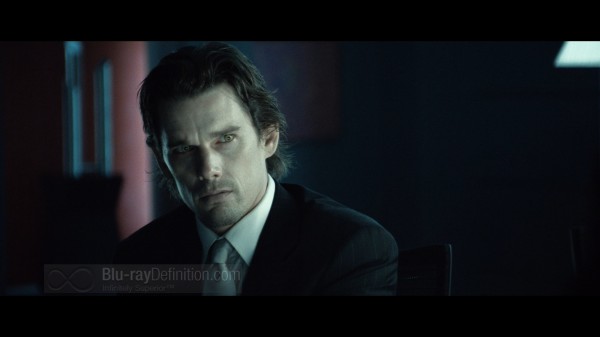 It seems like vampires are everywhere in popular culture today. From the saccharine, overwrought Twilight films to The CW network’s Vampire Diaries, Hollywood and Madison Avenue are cashing in on young women’s newfound fascination with the romanticized notion of the undead. But vampire lore has been around far longer than Kristen Stewart.

When it comes to horror films, the vampire genre is arguably the most popular of all, rivaled only, perhaps, by the zombie films. So, what can possibly be added to this long running genre of mythology and storytelling that we haven’t already seen and heard?

Australian filmmaking brothers Michael and Peter Spierig offer up their addition to the vampire legends with Daybreakers, a mixture of science fiction, horror, and futuristic goth. It’s 2019 and vampires have taken over the world. They’ve turned all but a few humans into creatures of the night. There’s a problem now, however — they are running out of human blood to feed on. They’ve begun farming humans for blood production, but it’s not enough. Some vampires have even begun to feed on other vampires, which has led to a nasty and violent mutation.

Vampire Edward Dalton (Ethan Hawke), a human sympathizer and hematologist who works at one of the corporations farming humans, is trying to find a substitute for human blood, but he falls in with a gang of human rebels after a car accident on his way home one night. Led by an ex-vampire named Elvis (Willem Dafoe) who was miraculously changed back to human, the human rebels enlist Edward’s help to find a cure for vampirism to set the world right again.

Daybreakers isn’t anything groundbreaking when it comes to horror or vampire films. There are all the usual traits of vampire physiology and mythology thrown into the mix and the gothic overtones, but it does have a welcome blend of futuristic elements and gory horror that leaves it feeling like a mix between Gattaca and The Lost Boys. 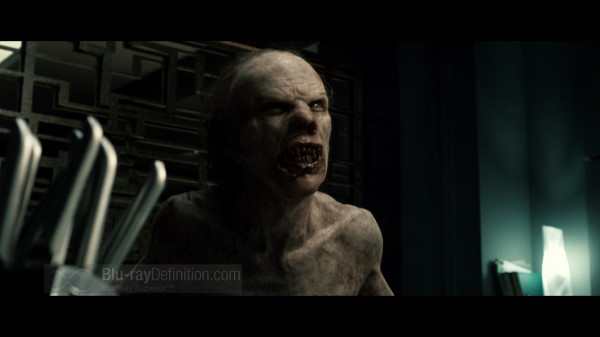 Captured on Panavision Genesis HD cameras, Daybreakers‘ techno-gothic world looks wonderful in this 2.40:1 AVC/MPEG-4 1080p transfer from Lionsgate. The color palette won’t leap out at you, but the dark settings offer plenty of opportunities for shadows, contrast and black levels to be put on display. The picture is clean and detailed with a lack of video noise, but there are a few moments here and there where some softness creeps in keeping it from being absolutely perfect. 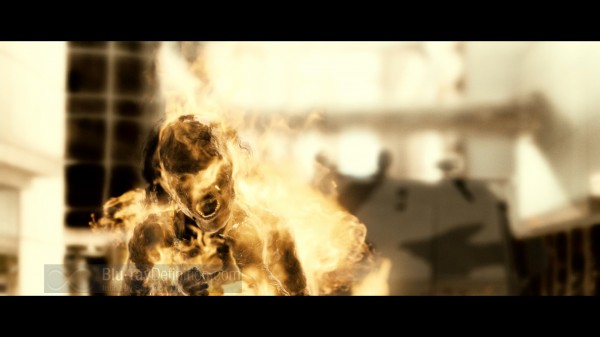 Daybreakers is given an aggressive DTS-HD Master Audio 7.1 mix and unlike the Dirty Dancing: Limited Keepsake Edition release also from Lionsgate that I recently reviewed, this film actually benefits from those additional channels. It’s an engulfing and engrossing mix with much discrete use made of the back channels and surrounds. Dialogue is clean and there’s a wide dynamic range. 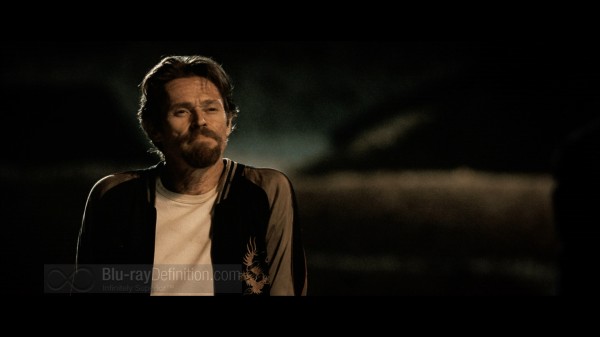 Lionsgate has loaded up Daybreakers with a hefty amount of bonus features. One certainly will not feel cheated putting out the cash to pick up this release on Blu-ray. 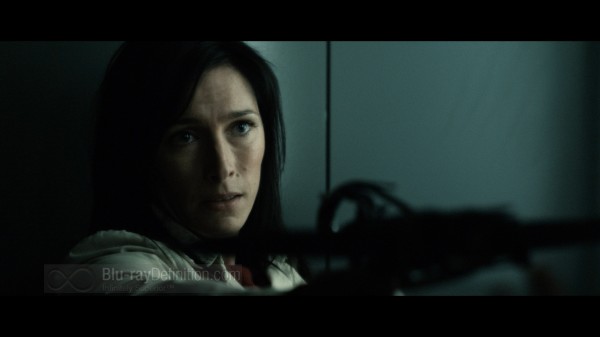 Daybreakers may not be the greatest vampire film you’ll ever see, but it is ultimately watchable and the excellent Blu-ray release from Lionsgate makes it all the more enjoyable, especially the 7.1 lossless DTS-HD Master Audio soundtrack. 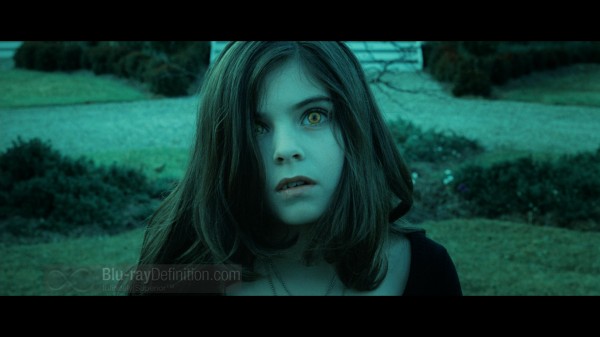 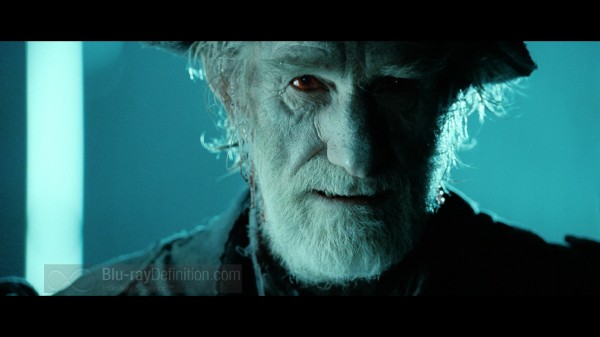 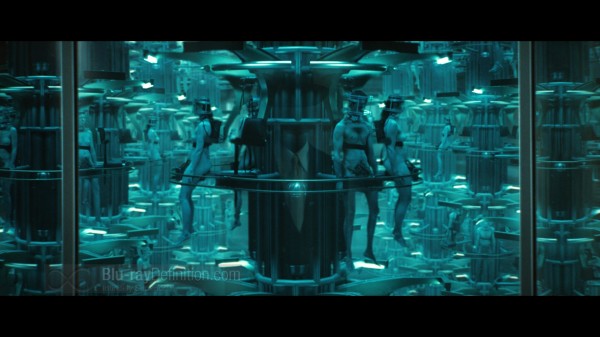 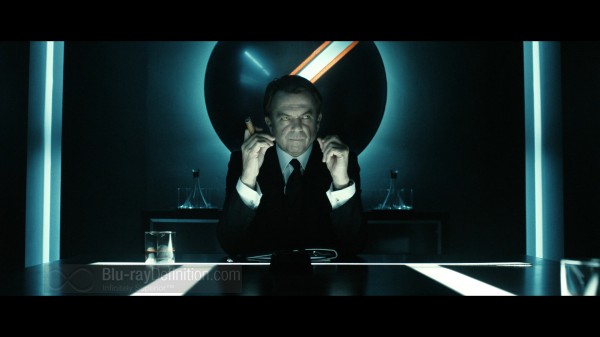 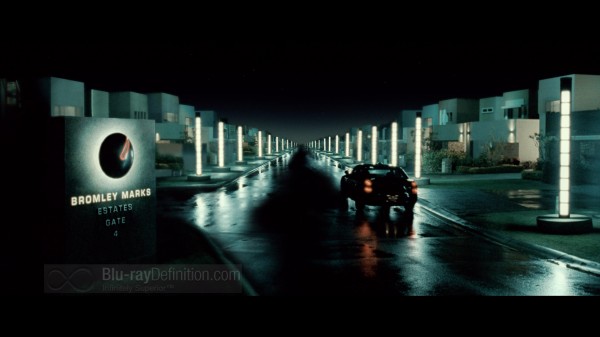 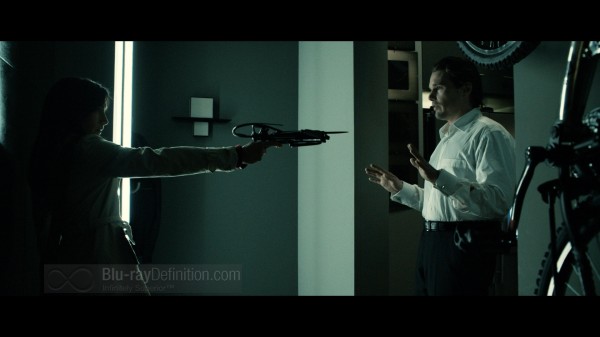 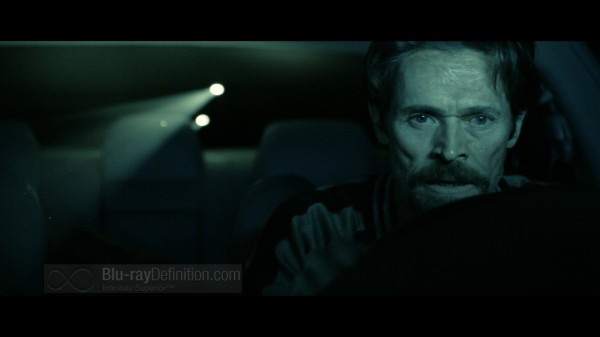