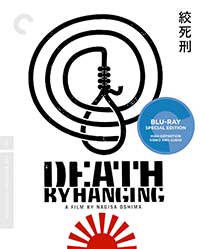 hanging, but manages to survive his execution. The powers that be, in a panic, rule that the convict (Yu Do-yun), having physically passed through death, is no longer the same man and should be set free. Of course, the convict agrees, swearing he doesn’t even remember his past life and crimes where he was a rapist and murderer. What ensues is a black farce that turns a mirror on Japan’s issues with discrimination against its ethnic Korean population, the hypocrisy of its ruling class, and a not so veiled argument against the death penalty (which the nation was soon to outlaw).

Absent the overt eroticism of such a film as In the Realm of the Senses, Oshima’s filmmaking is far more focused and refined allowing for keen observations and character sketches. One such moment comes when the government officials take the convicted man out trying to jar his memories and all get drunk, their illicit behavior coming to the fore, such as the priest revealing himself to be a closet homosexual and making passes at one of the men. As engrossing a film Death by Hanging is, Oshima doesn’t offer any rays of sunshine in this darkest of political satires, no resolutions or fixes. Just as it begins with a grey shadow cast over it, the film ends on the darkest of moods.

Death By Hanging arrives on Blu-ray from the Criterion Collection in a beautiful new 4K restoration of its stark black and white imagery digitally transferred in AVC. The image is crisp and rich in detail with a strong sense of depth, sharp grain, and excellent contrast. 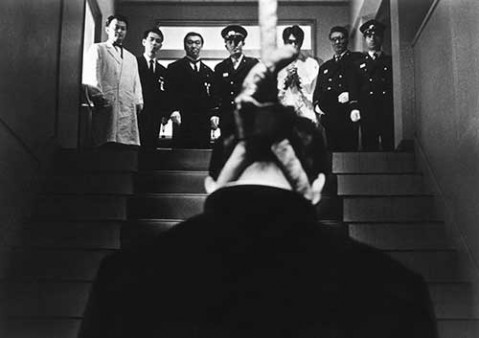 The original Japanese monaural soundtrack arrives accompanied by a new English subtitle translation. The sound is about as good as it gets given the age. The dialogue sometimes sounds just a tinge grating in louder passages, but it is clean enough and free from excessive noise. 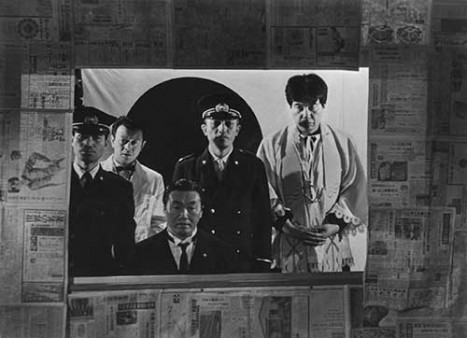 One of the strongest, darkest, most unrelenting political criticisms from the ‘new wave’ era of filmmaking out of any country, Death by Hanging is visually and dramatically intoxicating and gorgeously rendered on Blu-ray by the Criterion Collection.