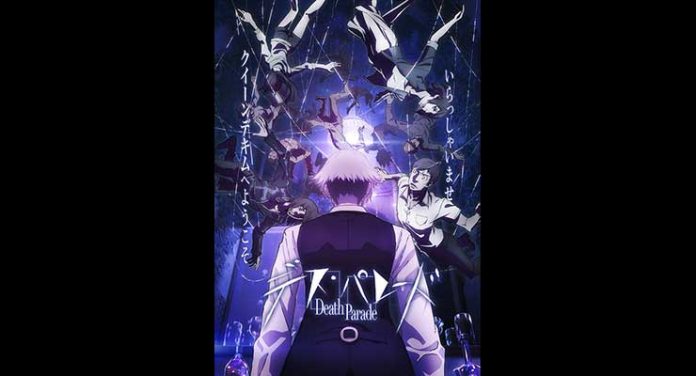 Anime production studio Madhouse has developed a reputation over the years for not only being on the cutting edge of helping to push the genre forward with such productions as Redline, Paprika, and Summer Wars, but it has also carved out a niche for itself producing some of the best horror anime around. Parasyte, Overlord, Gungrave, Hellsing Ultimate, and Death Note are just a few of the brilliant series they have been involved in. Add Death Parade to the list of strong horror series from Madhouse.

The series is an OVA (Original Video Animation) created for television; a psychological horror/thriller set in the afterlife. The premise is when two people die at the same time, they are sent to this afterworld, a sort of purgatory, filled with many bars, where they must compete against each other in games to bring back their memories, to find out how and why they died. The story of their life will also determine whose soul will be sent on to be reincarnated and whose will be sent into the void. Death Parade follows one such bartender, or “arbiter” as they are called, Decim, whose duty as an arbiter was going smoothly until a strange human woman whose memories have been lost to her, Chiyuki, arrives at his bar Quindecim, and he suddenly has trouble determining her fate. Because of his indecision a special arrangement is made by Decim’s boss, Nona, letting Chiyuki work as his aide until it can all be sorted, but time is not on Chiyuki’s side. If humans stay in this afterworld too long they turn into mannequins.

There is an overriding sense of doom in Death Parade, and it certainly earns its stripes as a psychological thriller when the contestants come in and begin to play against each other, revealing so many peccadilloes and skeletons from their pasts – an abusive mother, a husband who believed his wife cheated on him – it’s part voyeuristic, and part the actual horror of death.

I wouldn’t say that Death Parade reaches the same level of a Madhouse series like Death Note, which was an extremely clever blend of horror and mystery, but Death Parade is clever in its own way the way it folds together spiritual elements, the everyday anxieties of people’s lives into mysteries, and often horrifying animation. 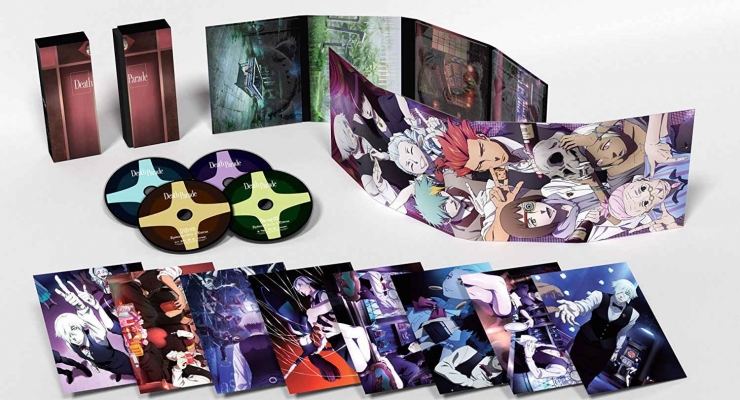 The digital animation looks pretty good in this 1.78:1 AVC 1080p encodement on Blu-ray. For the most part we get detailed and crisp line art, nuanced shadows and consistent colors and shadings, but issues with banding and noise do appear here and there keeping it from looking absolutely pristine.

We get the original Japanese-language track in Dolby TrueHD 2.0 stereo and a decently atmospheric English Dolby TrueHD 5.1 mix that could have done so much more with its six channels, particularly during those moments of the unveiling of the games in the Quindecim bar. I’d definitely stick with the superior Japanese voice cast here, especially since Maeno Tomoaki with his deep baritone nails the scary, stentorian aura of someone you would find in purgatory ruling over people’s fates whereas Alex Organ’s voice doesn’t sound the least bit intimidating. It’s like the casting director didn’t even try on this one.

This set comes stuffed with the OVA “Death Billiards”, two audio commentaries, the standard DVDs, and, exclusive to the Limited Edition, a set of series art cards. The Limited Edition box is also housed in a beautiful glossy chipboard slipcover.

Mystery, the horrors of living, the fear of death, and the supernatural collide in this very unique and at once terrifying and heartfelt series. Death Parade is another standout thriller from the folks at Madhouse.