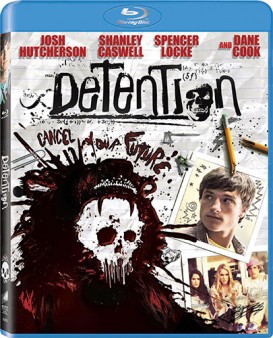 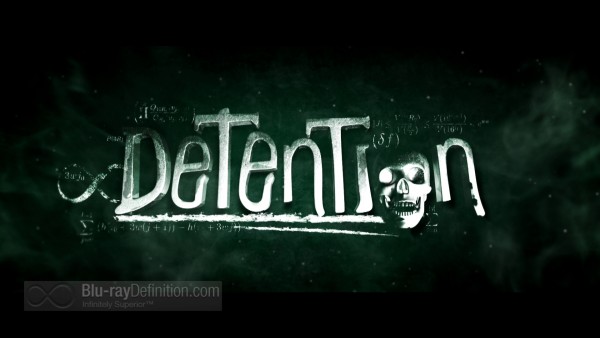 Detention arrives another in a number of recent films such as Project X and Chronicle that tap directly into the sensibilities of the millennial generation. An incredibly hip film unafraid to make fun of its own hipness and of everything else in its path, Detention is squarely aimed at the youth of today. It’s also difficult to pin down, existing in its own zany universe (though not unlike Scott Pilgrim in many ways). Beginning as an homage-cum-parody of 90’s slasher teen-comedy Scream, the film doesn’t settle down for long before it is into the territory of teen comedy, and then onto the realm of sci-fi fantasy.

Through this haze of madness, weirdness, and relentless pop-culture references, there is one continuous thread that holds the story together. Set in the suburb of Grizzly Lake, Detention follows a group of high school seniors who are being stalked by a killer copying a movie villain named “Cinderhella.” Class outcast Riley (Shanley Caswell) has a broken foot in a cast and her crush on skater boy Clapton (Josh Hutcherson) isn’t going so well since her best friend, the 90’s obsessed Ione (Spencer Locke), stole him from her. Meanwhile Clapton is busy dodging Ione’s former boyfriend, a muscle-head with some secrets of his own. After he dies at a party, the school’s Principal Verge (Dane Cook) throws the group of teens together for a Saturday detention, shades of The Breakfast Club notwithstanding, the teens are now gathered together and ready to picked off one by one by their killer as the film slips further into the weird. 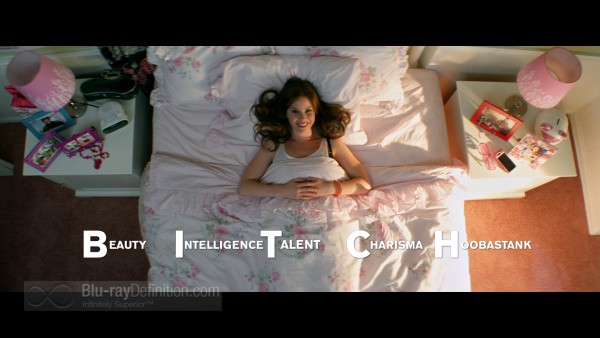 Detention is an original HD production that was captured on the Red One MX at 4.5K resolution. It comes to Blu-ray with an AVC/MPEG-4 1080p encodement from Sony that is clean and detailed with richly saturated colors, contains inky blacks, and has strong contrast. There is little video noise while flesh tones and textural detail is superb. 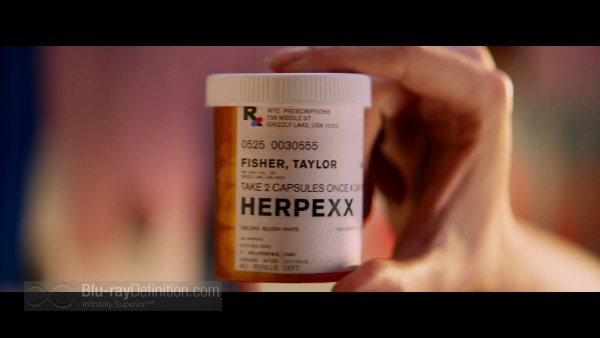 The musical soundtrack and big, “scare” scenes offer the best audio moments in this English DTS-HD Master Audio 5.1 (48kHz/24-bit) soundtrack, opening up with a good amount of audible ambience and some discrete sound effects in the surround channels underlaid by a strong amount of low frequencies in the subwoofer. Most of the time, however, the soundtrack is rather stagnant, with little activity. It does, however, provide strong, clean dialogue. 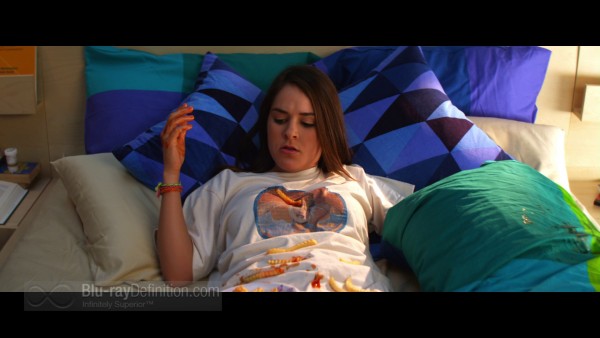 Much of the supplements offered here are in standard definition and don’t bring much to the table, but there is a rather cool in-movie “cheat mode” that is worth engaging once you’ve tired of watching the movie through in its entirety a few times over. 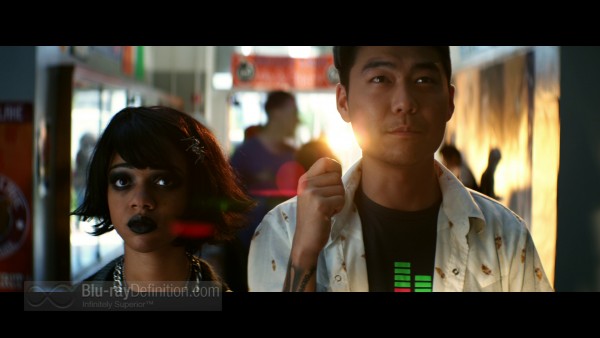 It may take several viewings to get the full impact of Detention, but, don’t worry, with the all the the things going on here, it is certainly up to the task for a cult film. Be warned, however, this is definitely aimed at particular markets and age groups, those outside it of it may find some of the texting references and hipster language somewhat obscure. The film is string enough in the end to overcome these barriers, however, despite its uneven tone at times. 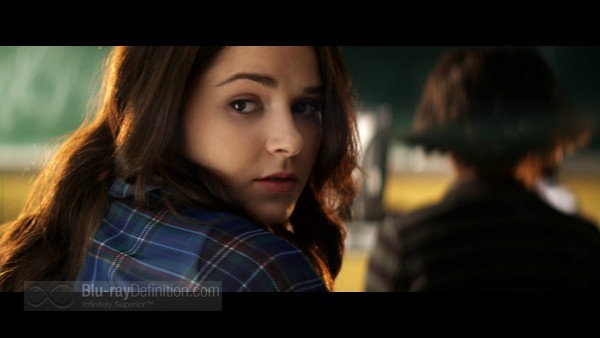 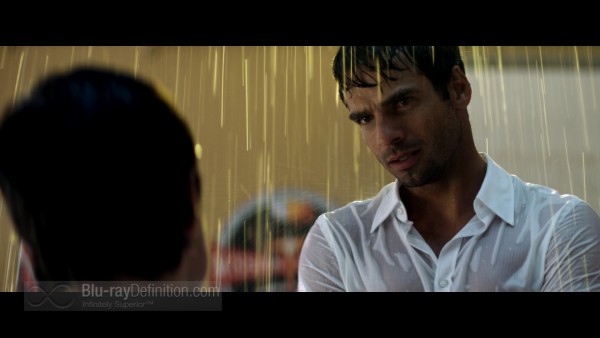 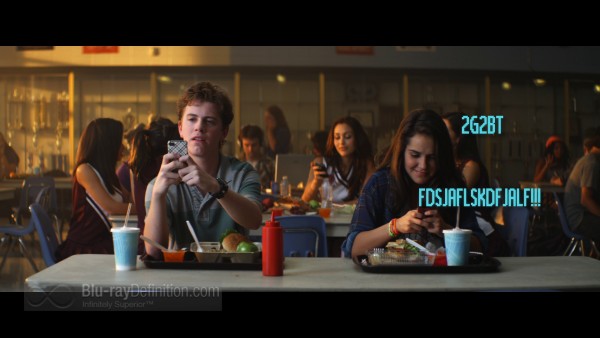 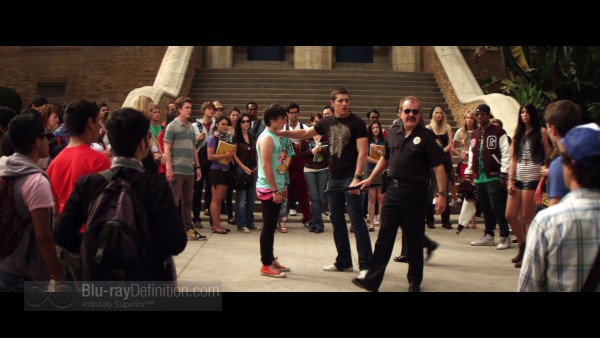 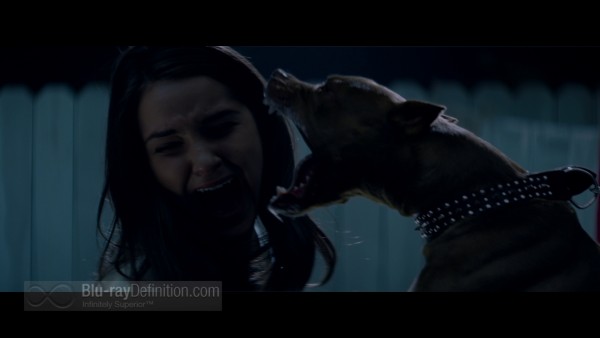 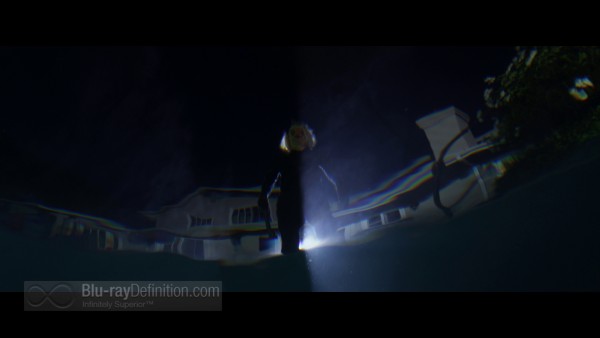 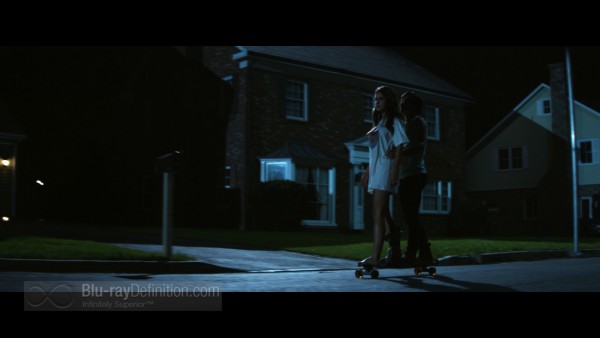 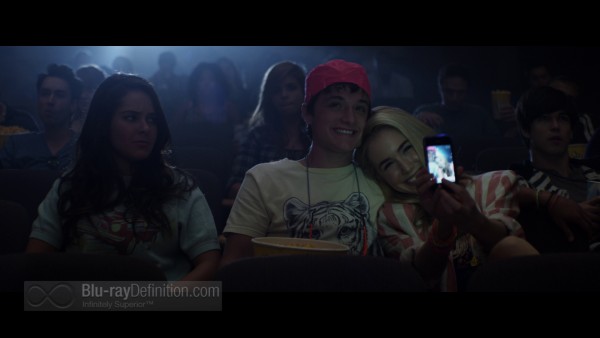 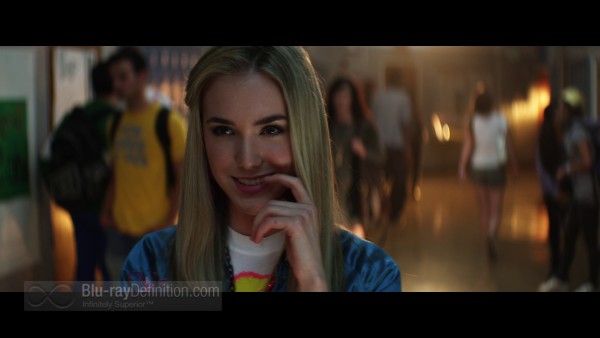 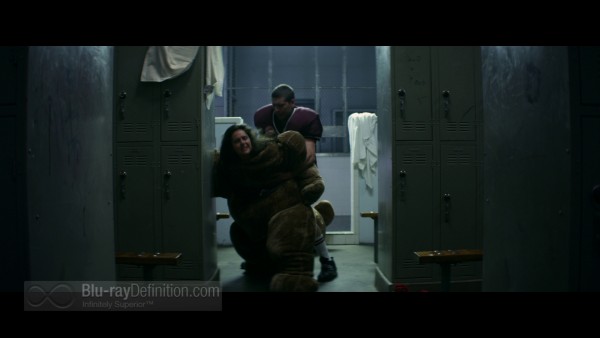 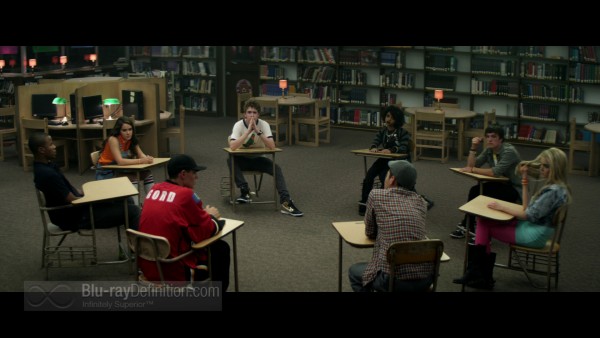 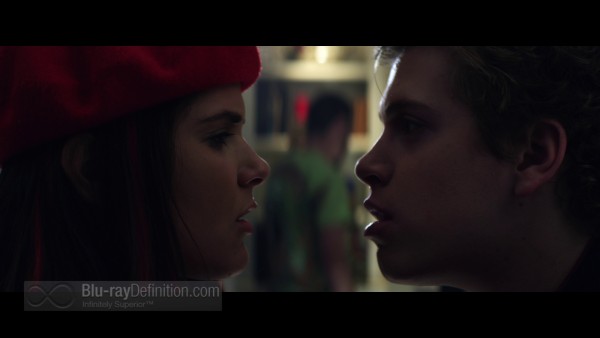 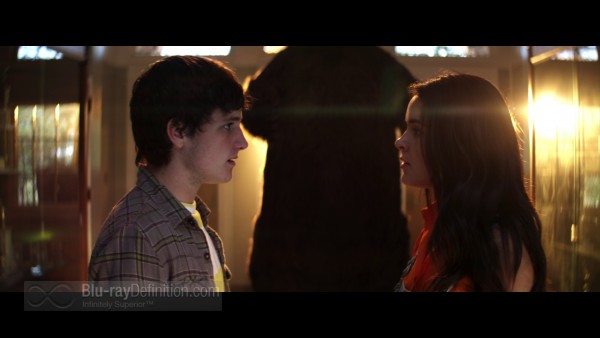