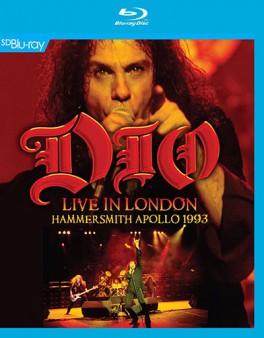 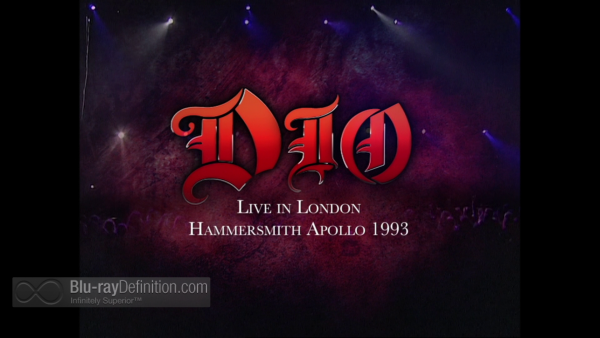 Eagle Rock delivers the goods with this previously unreleased live concert performance from Dio at a 1993 show at London’s Hammersmith Apollo in 1993 on the last night of their European tour in support of the Strange Highways album. Sporting a lineup of Ronnie James Dio (vocals), Vinnie Appice (drums), Jeff Pilson (bass), Tracy G (guitar) and Scott Warren (keyboards), the concert features tracks from the then current album, plus Dio classics like the fan favorite “Holy Diver” as well as numbers from Ronnie’s time in Black Sabbath and Rainbow.

As far as metal concerts go, this one is not a disappointment. Buzz saw guitars, relentless drums, and Ronnie James Dio’s fine vocalism carry a powerful performance of gothic-tinged metal that should be satisfying for headbangers of all ages. 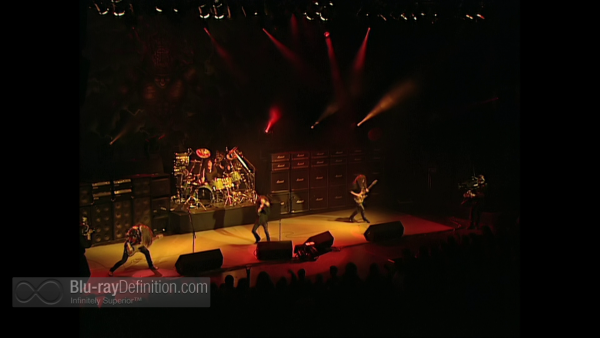 Another release in Eagle Rock’s “SD Blu-ray” series, Live in London Hammersmith Apollo 1993 is taken from a standard definition source, so we don’t get a pristine high definition concert video. The 1.33:1 AVC encoded image does come upscaled to 1080p, but we still get a rather blurry and soft, SD-looking picture. There’s no doubt that this is still a small upgrade over DVD, given the lower compression levels and wider bandwidth offered, but it is not in the upper tier of releases if compared to true high definition concert videos. 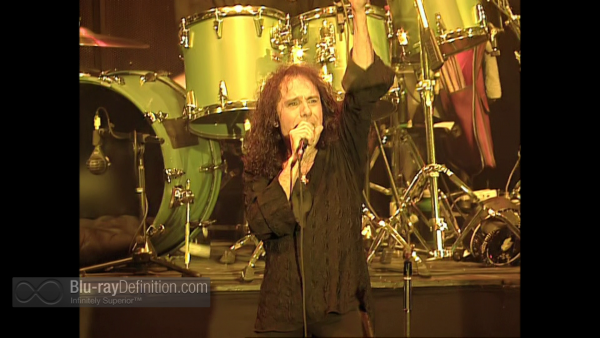 In contrast to the image, we get 96/24 audio options that sound really good for a live Heavy Metal show. A DTS-HD Master Audio 5.1 mix is provided alongside a LPCM 2.0 stereo mix. The former sounds beefier with good room atmospherics, but the somewhat tighter and more controlled sound of the stereo mix is also quite good. 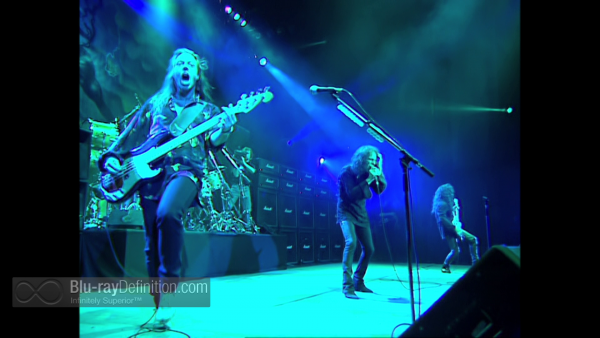 We get a 22-minute behind-the-scenes featurette and a booklet with liner notes and credits. 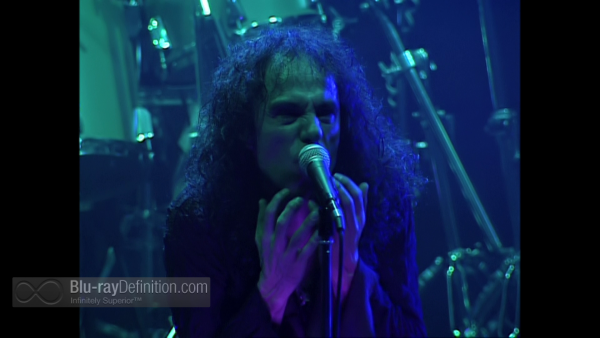 A strong Dio show emerges for the first time on video thanks to Eagle Rock. With a mixture of Dio, Sabbath, and Rainbow classics, plus some current (for the time) tracks, this one is a winner. 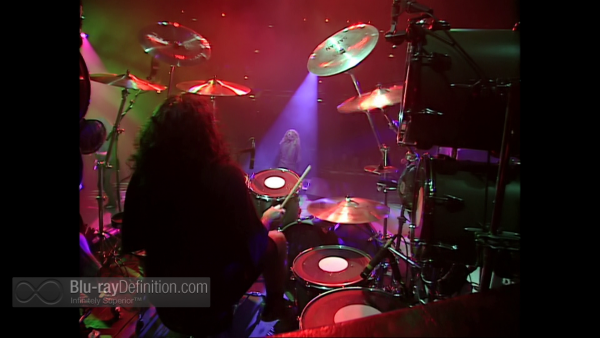 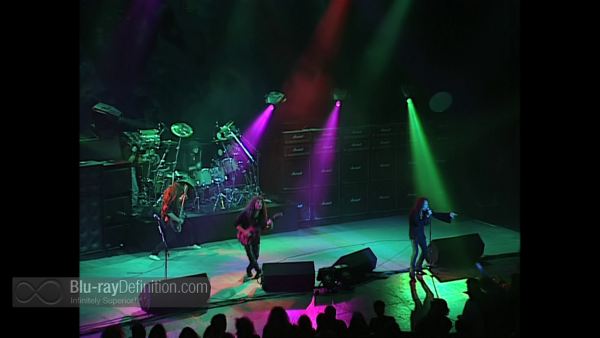 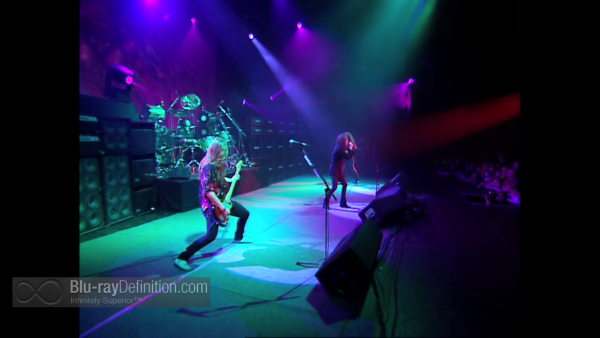 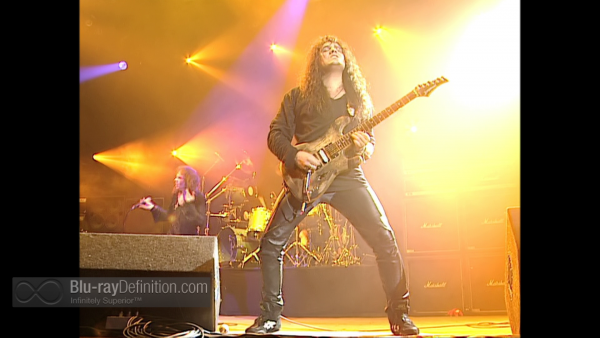 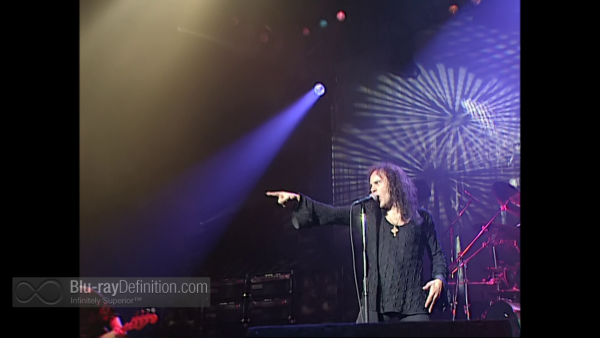