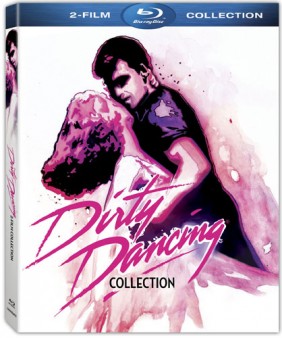 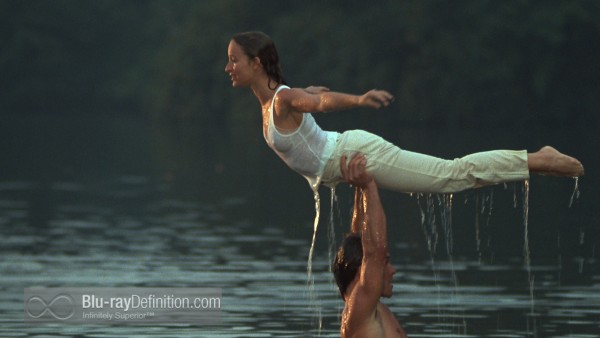 This “two-fer” set celebrates the 25th anniversary of the coming-of-age classic, Dirty Dancing, now coupled with the more recent (2004) non-sequel, Dirty Dancing: Havana Nights. This set is the second appearance for the original film on BD and represents the US Blu-ray debut for Havana Nights, but since it is a set, my review must treat it as such. There has been no shortage of films about contemporary dance, Footloose (and its 2011 remake), Saturday Night Fever, and  Flashdance, to name but a few. And, like some of its predecessors and contemporaries, the Dirty Dancing series looks inward at the protagonists between the bumps and grinds of sensual couples choreography. There are obvious similarities between the storylines of these two films along with the noticeable differences in soundtracks and videography, as would be expected, given their 17-year difference in age.  However, for lovers of dance, and there are a lot of you out there, both of these films will provide occasional moments of pure pleasure. 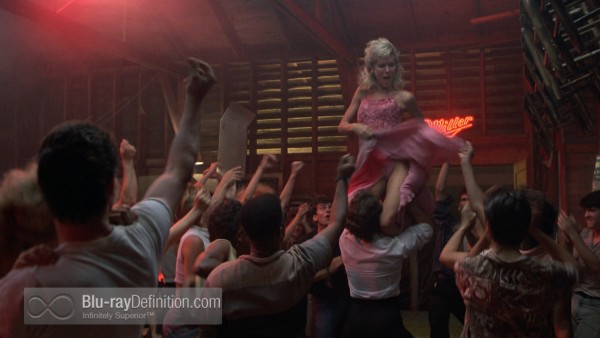 Of course, this is one of the senior citizens of pop dance flicks, and its plot bears a less than shocking resemblance to its other youth-oriented stable mates. There is something quite appealing about the developing yet improbable chemistry between resort hotel dance instructor, Johnny Castle, (Patrick Swayze), and ingénue guest, Frances “Baby” Houseman (Jennifer Grey).  The transformation of a shy, awkward teenager (played by a 27-year old Grey!) into a confident young woman is nothing short of amazing, given the short time frame of the story. In the background, there is the very human story of a young dancer in trouble who is bailed out by Baby’s father (Jerry Orbach).  Throughout, the soundtrack of the times weaves an atmosphere that is always emotionally spot on — imagine life without Jennifer Warnes and Bill Medley belting out “[I’ve had] The Time of My Life”. Although the title refers to a dance style that approximates upright sex, there is mercifully little of the groping, grinding, and groaning that could have turned it into a lame excuse for soft core porn. 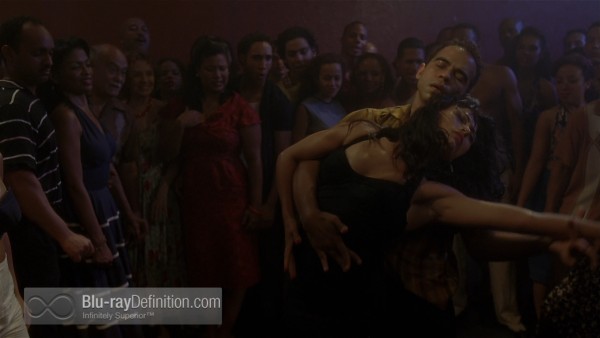 Imagine pre-Castro Cuba and a young girl whose family has been suddenly transferred to Havana, based on the true life story of the film’s creator JoAnn Jansen. This film’s young heroine Katey Miller (Romola Garai) is already a dance fanatic. She meets a young Cuban Javier Suarez (Diego Luna) whose friends and family are involved in the impending revolution. For purposes of curious continuity with the original Dirty Dancing, there is a brief cameo appearance of Patrick Swayze as a Latin ballroom dance instructor. Parallels abound between this film and its predecessor, and although not a literal remake, there is the same theme of girl meets boy from the “wrong” side of the tracks, while parents disapprove. Eventually, everything comes down to a Latin ballroom dance contest when the girl and her new boyfriend put it all on the line. The ultimate dance contest is interrupted by the Castro takeover of the Cuban government, so we are left with a dangling conclusion.  John Slattery and Sela Ward turn in complementary performances as Katey’s parents (former ballroom dancers themselves) while Mika Boorem (of Blue Crush note) plays the pesky younger sister. 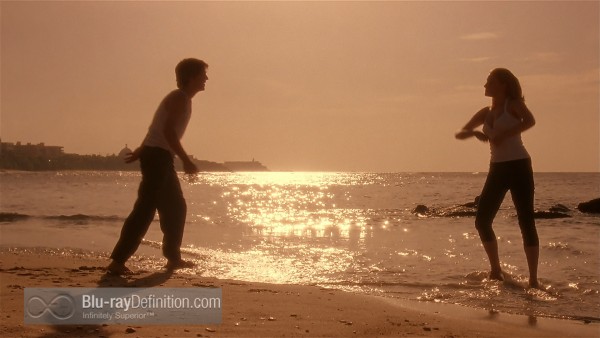 These two films are separated by two decades during which cinematography made considerable strides. The original film has reasonable capture of detail although the sets appear pretty dated and the interior scenes are frequently grainy.  In spite of its title, there is a modest amount of dancing in the 106-minute run of Dirty Dancing, a point not lost on its successor which has a good number of sexy salsa scenes. Havana Nights is the beneficiary of better film recording and more in-your-face close-ups of the dirty dancers. 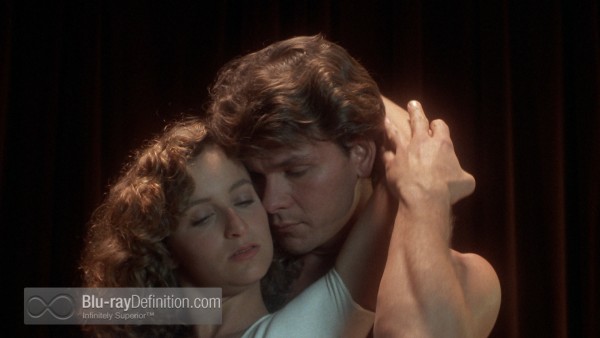 The original Dirty Dancing soundtrack has more appealing music but suffers from a recording that is somewhat limited in depth and detail. It is not until the end credits, boosting the “Time of My Life” duet that the music really comes to life.  Dirty Dancing/Havana Nights has a higher energy, more immediate and impactful soundtrack that is undermined by less than stellar musical selections.  Dialogue is well recorded in both films. 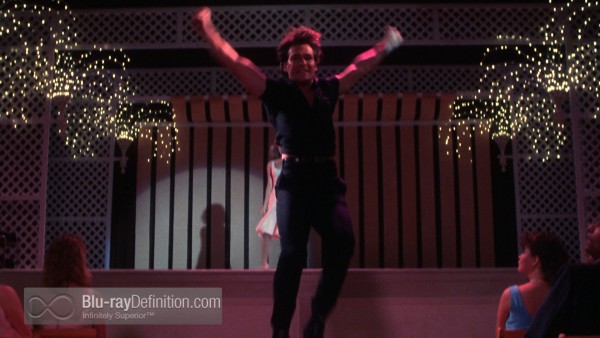 Okay, here is where choices get interesting.  The combo, besides debuting Havana Nights as a US Blu-ray, is chock-full of extras: 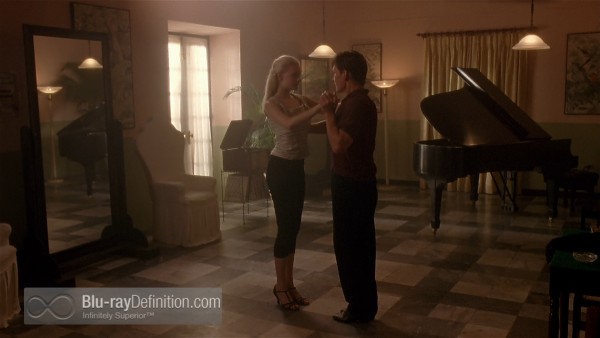 Multi-disc sets can yield a bag of mixed results, and this Dirty Dancing collection certainly fills that bill.  You get the delightful, evergreen original DD flick, that, in spite of a dated script and somewhat hokey storyline, still wins the viewer over with the appealing chemistry between stars Swayze and Grey.  Twenty-five years later, it still plays well enough to provide considerable enjoyment. Havana Nights, DD’s box-mate, attempted to update and relocate the story to pre-Castro Cuba, but, except for technically better visual and audio recording, this film is nowhere near as successful in most respects.  An almost strained quality exists between its leading boy and girl; you never really feel the close personal connection that pervaded the original. The family members are also pretty much marginalized, and their collective scenes unfold as cardboard cut-outs. There is more dancing in this latter film but not nearly enough to lift the entire undertaking much above its baseline mediocrity.  In sum, if you have the first BD reissue of Dirty Dancing, with a DTS ES 6.1 track as opposed to the current release’s DTS-HD Master Audio 7.1 (not really a big difference to my ears), you will get nearly all of the essential extras, so leave well enough alone. If you have not yet caught the DD fever, go for this set, it’s about the same price as the single BD, and enjoy the bonuses. After all, you could use Havana Nights as a coaster for your mojito. 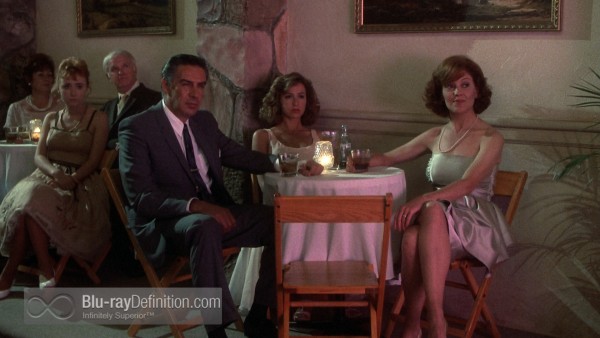 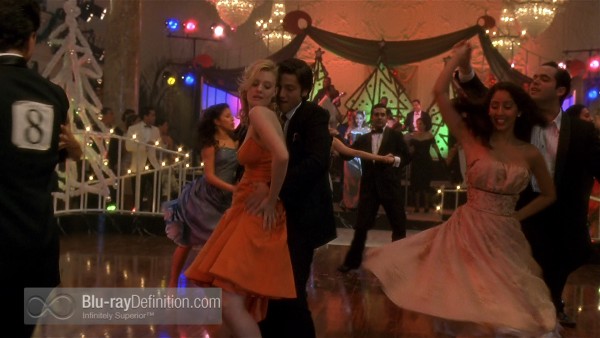 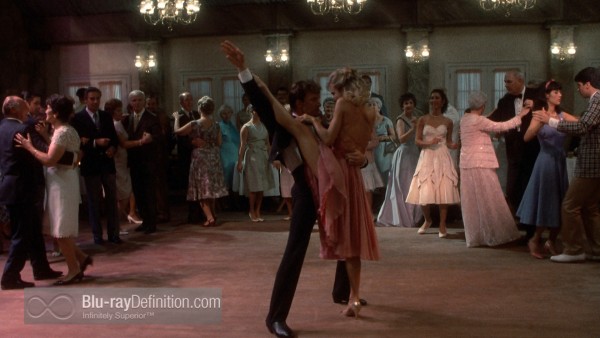 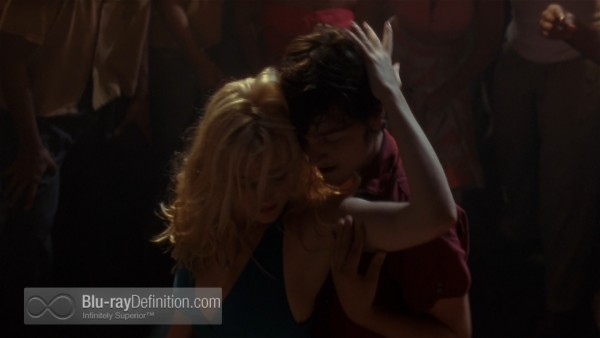 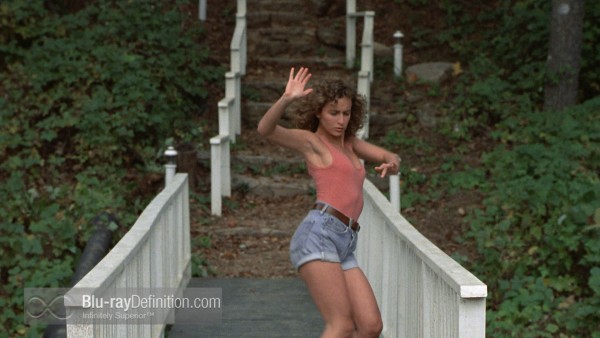