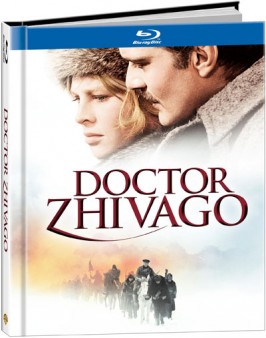 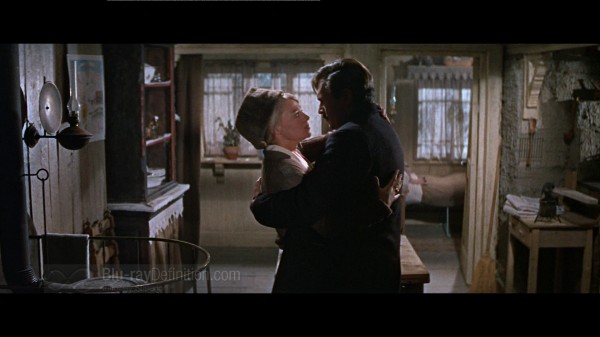 Hindsight is 20/20, as the saying goes, and it is very difficult to fathom today that in 1965 upon its release Doctor Zhivago arrived to disappointing critical response. Director David Lean, who had just three years earlier given the world the epic Lawrence of Arabia, and was also responsible for such classics as Brief Encounter, and The Bridge on the River Kwai, lived and breathed epic films. Wanting to take a change of pace from the action packed, adventurous Lawrence, he decided to take on something a bit more romantic. So, he turned to Russian author Boris Pasternak’s epic novel.

Set to the backdrop of World I, the Russian Revolution, and the subsequent Russian Civil War, Doctor Zhivago, the novel, is a sweeping commentary on, not only the perils of war, but the flaws of Bolshevism and its impact on individuals that uses romance, lust, and love, unrequited and otherwise, as one of its main vehicles to move its story forward.

The novel’s focus on the individual was seen as anti-Marxist and banned in the Soviet Union. It would have to be smuggled out of the country in order to be published. Eventually, it would see publication around the world and win Pasternak a Nobel Prize that he would have to decline due to pressures within his native Soviet Union.

David Lean’s film, with a screenplay adapted from Pasternak’s novel by Robert Bolt, stays pretty faithful to the theme and plot of the book. Only some minor characters have been removed and a few events changed. The central characters, however, are all there.

The story deals with Yuri Zhivago (Omar Sharif) a romantic poet and doctor, his marriage to Tonya (Geraldine Chaplin), his longtime love affair with a beautiful woman named Lara (Julie Christie), and how their lives intertwine over the years through World War I, the Russian Revolution, and the Civil War.

Yuri first meets Lara at a Christmas Eve party when she goes there to shoot the older man, Komarovsky (Rod Steiger) that she’s been having an affair with, but misses and only grazes his arm with a bullet. Her fiancé, Pasha (Tom Courtenay), arrives and escorts her out, after Komarovsky pleads with the guests not to call the police. Yuri and Lara later meet during the war serving in a field hospital together and their relationship grows, but they do not consummate their feelings.

Years later, after the Bolsheviks have taken control and civil war has broken out, Yuri, Tanya, and her father must flee Moscow after Yuri’s half-brother Yevgraf (Alec Guiness) warns Yuri that he is in danger because of his published poems. The family moves to a piece of land they have in Varykino, but not before a grueling and inhuman train ride in which Yuri is stopped by Lara’s husband, now a leader of the Red Army calling himself “Strelnikov.” After a tense back and forth conversation, Strelnikov informs Yuri that Lara is alive in a town called Yuriatin, not far from Varykino, which was under siege by the anti-communist White Army. After the family’s first winter in their new home, Yuri goes to Yuriatin and finds Lara, and thus begins the second phase of their relationship.

Doctor Zhivago, as a film, is swelled with gorgeous imagery, beautiful cinematography from Freddie Young, and great acting all around, from the intense emotion in the eyes of Julie Christie, to the foreboding Alec Guiness or the restrained and sensitive Omar Sharif — can anyone imagine a cast filled with so many big names today and not one bad performance in the lot?

I do have a couple of issues with Zhivago, however, and it is that I do not understand why a film about Russia has so many English accents and inserts so many French words and phrases. I also really believe that, just like Gone with the Wind, it is unnecessarily long; overtures, credits, intermissions — couldn’t some of those things have been trimmed to make this film under three-hours long?

Still, there is no denying today that Doctor Zhivago is one of the great Hollywood epics and perhaps the last great epic from the golden age of Hollywood, even if it was the tail end of that era. 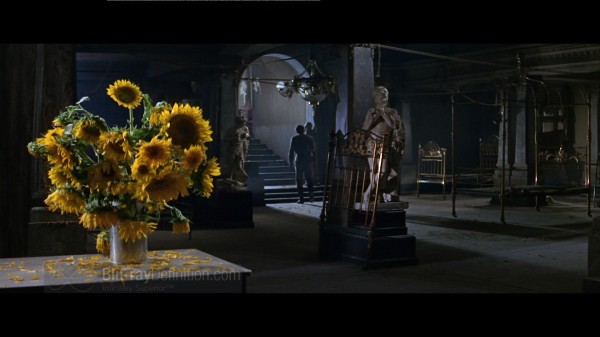 What can one expect from a film released in 1965 as a high definition Blu-ray transfer? Doctor Zhivago by no means looks perfect, but it actually looks rather solid for a film of its age and Warner should be commended on a job well done. It has obviously been cleaned up and source damage is hardly an issue, though some scratches and specks still pop up as to be expected. Grain is still present, and detail does not look to have been softened much or DNR’d to death. Color reproduction is consistently vibrant; just check the famous scene with the “crying” sunflowers or any number of instances where the vivid reds leap from the screen. Shadow delineation is strong and black levels are nice and deep. 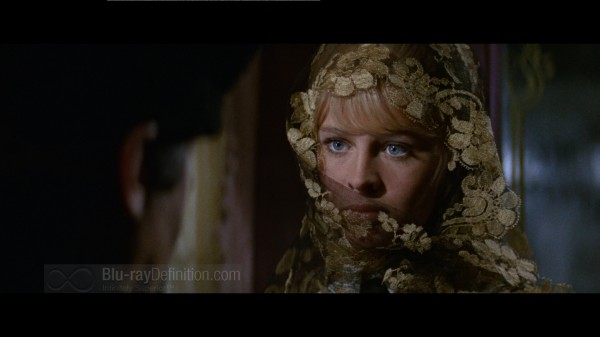 The DTS-HD Master Audio 5.1 soundtrack provides a wide soundfield with an abundance of ambience in the rear channels and a surprising amount of heft in the LFE. Trains sound big, battlefields are relatively convincing given the constraints of the day’s technology and dialogue is clean. Most importantly, that famously infectious score has a good, wide pan across the front channels, sounds smooth, airy and dynamic, and is balanced with ease into the mix. 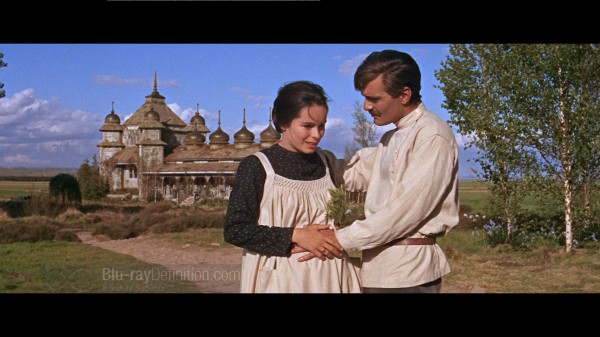 Doctor Zhivago is supplied with an ample amount of supplemental materials worthy of the film’s epic scope and a 45th anniversary release. Although the bulk of the extras reside on a second standard definition DVD, there’s still enough here to sate the desires of film buffs and fans of this classic film for hours. 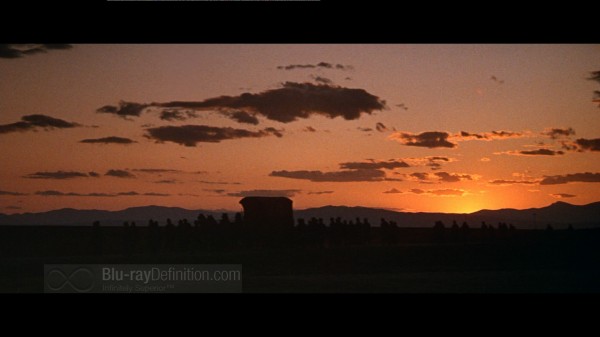 If you don’t have Doctor Zhivago in your collection, or if you’ve never seen this film, then you need to get this release from Warner. The wealth of supplements makes it a great value and Warner’s high-def transfer is a solid effort for this 45-year-old film. 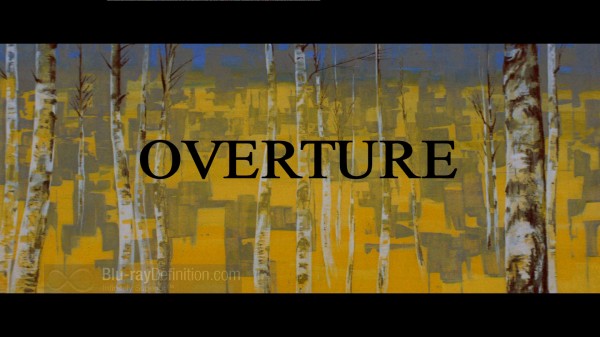 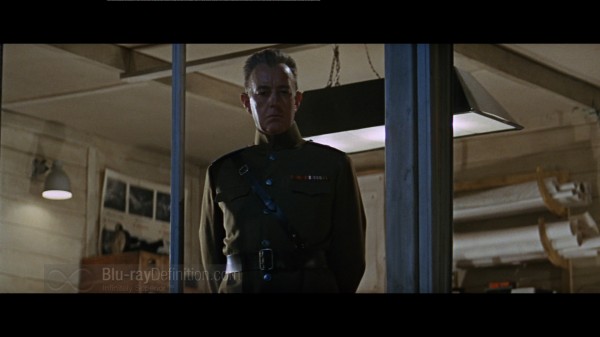 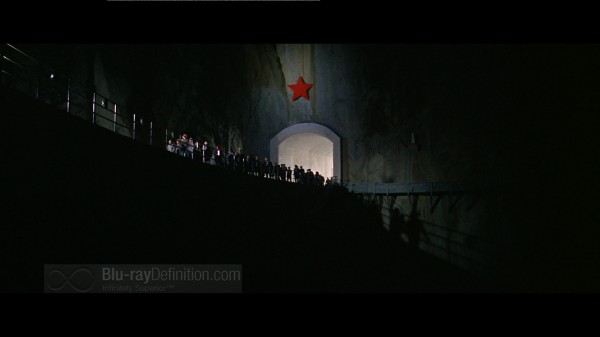 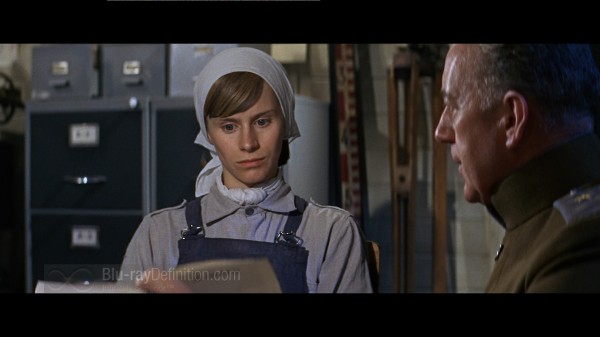 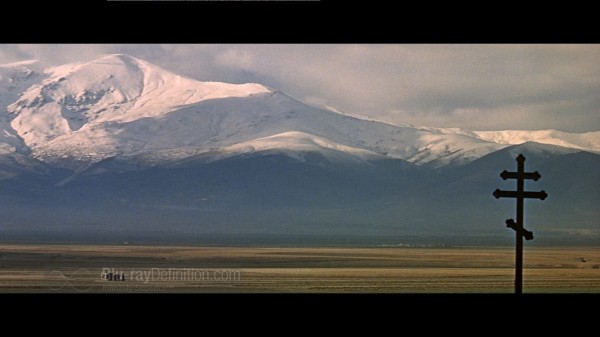 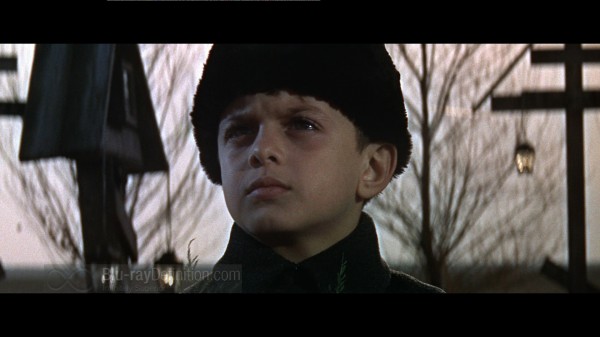 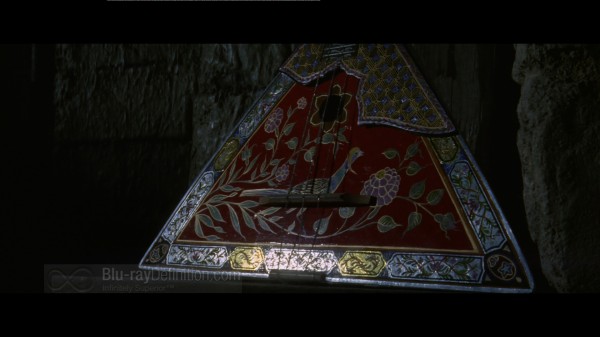 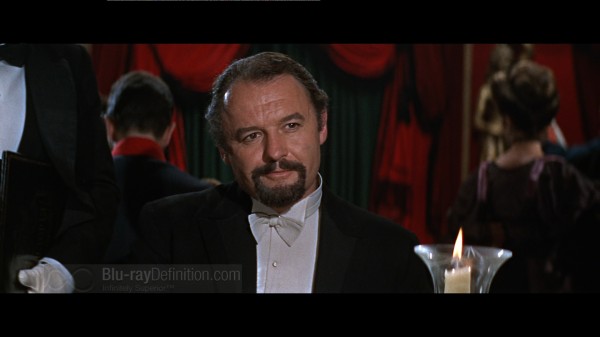 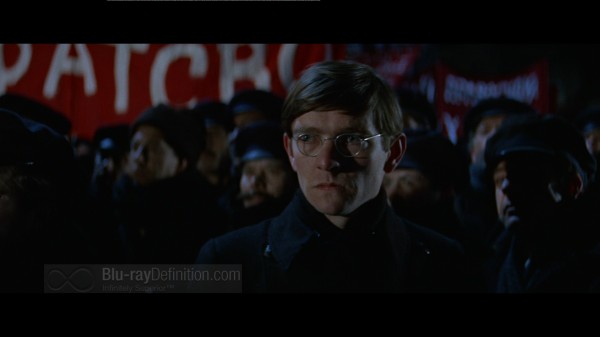 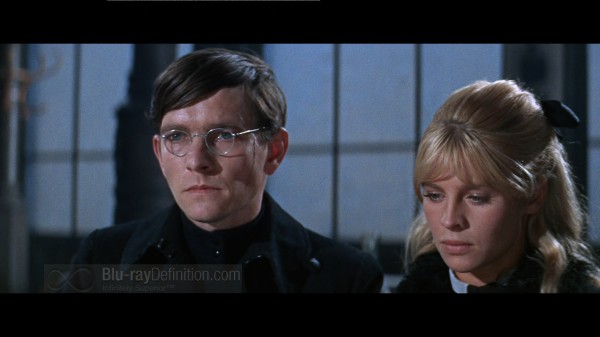 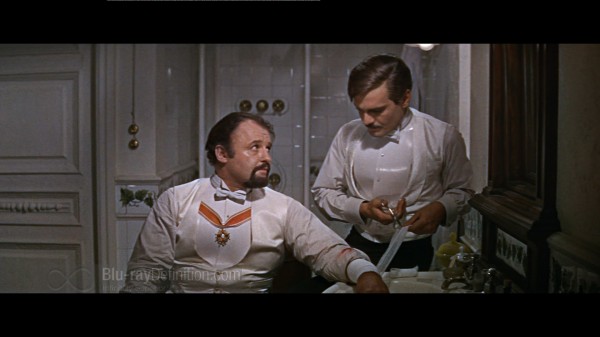 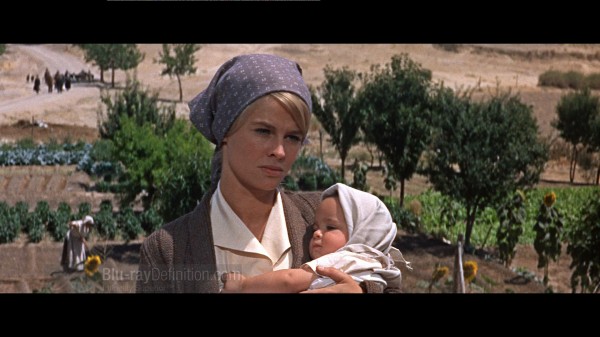 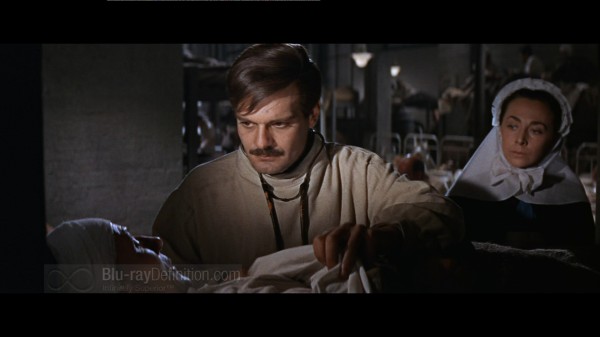 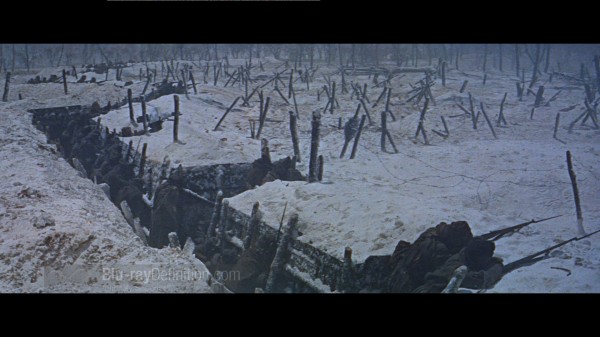 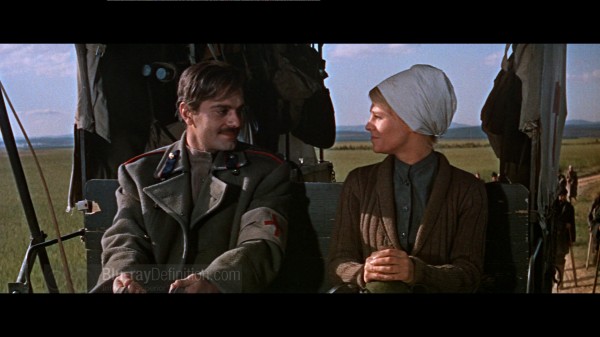 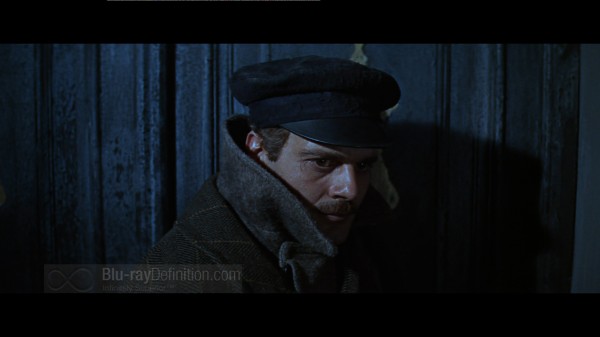 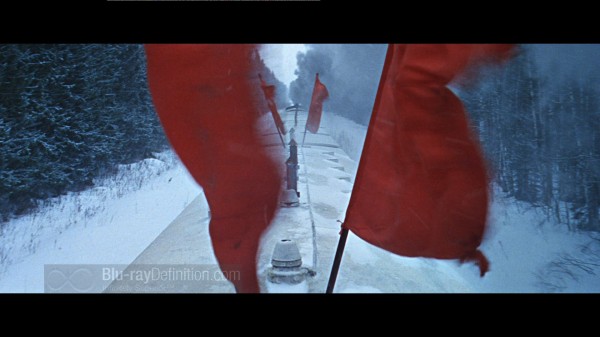 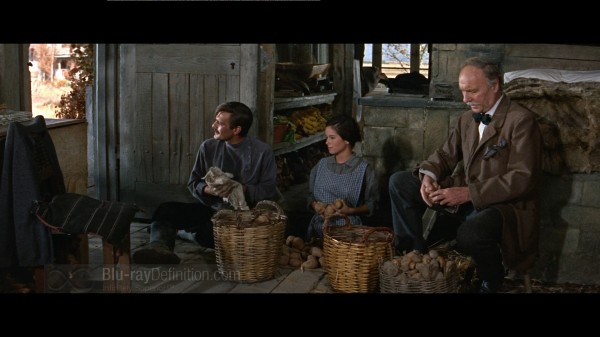 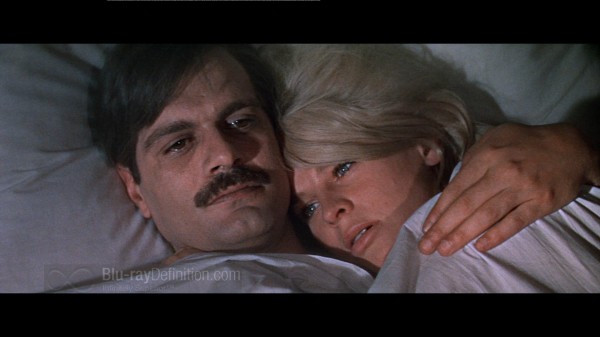 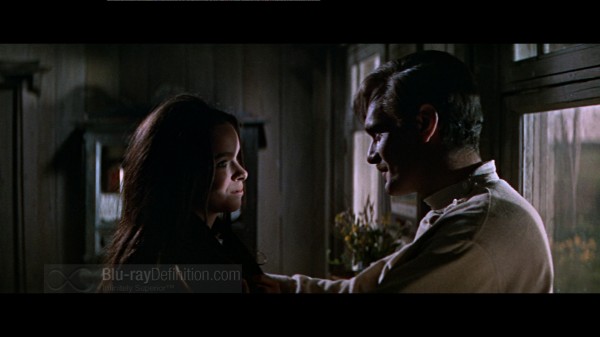 Also available On Demand and For Download (via iTunes) starting next Tuesday May 4th.