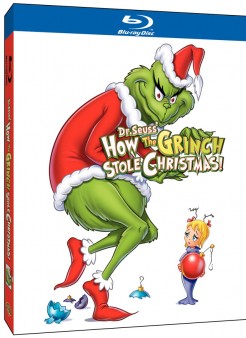 Purchase How the Grinch Stole Christmas! on Blu-ray at CD Universe 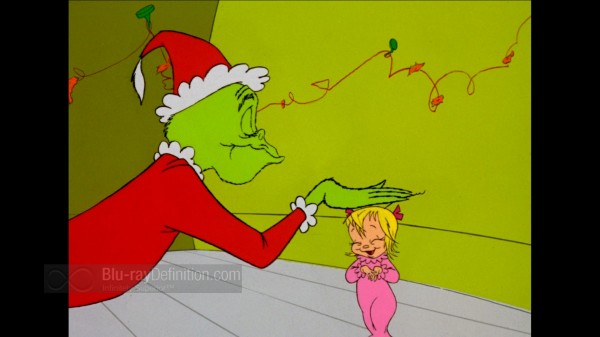 Narrated by Boris Karloff and directed by Chuck Jones, this 1966 television adaptation of the perennial Dr. Seuss holiday classic, How the Grinch Stole Christmas!, hardly needs any introduction or explanation. The mean, green Grinch despises Christmas and plots to steal the merriment away from the folks in Whoville whilst they sleep by sneaking down in the middle of the night and snatching up all the trappings of Christmas. He takes the presents, the trees and wreaths, all the ribbons and bows.

There is a subtext to the story of the Grinch, like any good Dr. Seuss tale, and that is the turning against the commercialism of Christmas. In this manner it is not unlike another favorite holiday classic, Miracle on 34th Street. Unlike the latter, however, The Grinch is a bit less weighed down in saccharine holiday lore. Dr. Seuss’ Grinch is like the antithesis of ‘Twas the Night Before Christmas, where instead of a jolly, “ho, ho-ing” Santa Claus, we get a scraggy, curmudgeonly Santa determined to ruin the day because he has come to despise all that it stands for. I think over the years people have misinterpreted the ending of Seuss’ tale as Christmastime overcoming the cold heart of the Grinch and not seeing it as the cautionary tale it was meant to be seen as of the holiday surrendering itself to crass commercialism devoid of any true spirit. Nevertheless, it has long been loved over the years both as a book and in this half-hour TV special.

Boris Karloff’s voice work is a big part of what makes this animated adaptation work so well. His voice imparts a warmth and atmosphere to the narration and character of the Grinch that makes it both vaguely spooky and mysterious. It is the perfect balance of drama and fantasy. 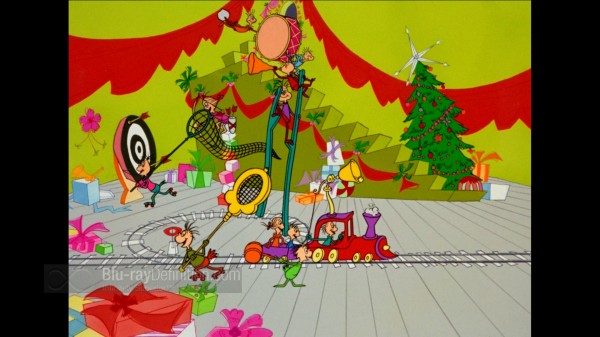 I came to this Blu-ray of How the Grinch Stole Christmas! with some trepidation after what was a somewhat disappointing viewing of Horton Hears a Who!, but my fears were laid to rest rather quickly. The Grinch was obviously transferred with a bit more care and attention than Horton. The source looks much cleaner, even though it is four years older. Colors are vibrant, detail is relatively strong, and flicker is much more subdued. This is a solid presentation of this classic animated production. It is presented in its original 1.33:1 framing in a 1080p/24 VC-1 encoding from Warner. 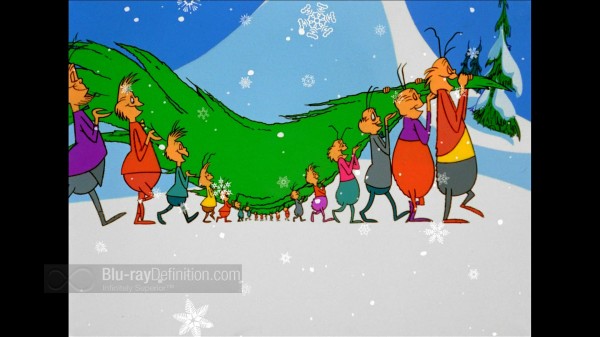 The audio is the biggest disappointment on the disc. Although it is somewhat serviceable, the low bitrate Dolby Digital 2.0 encoding of the original mix sounds quite lackluster, to say the least. The sound is rather muffled and there are quite a few spots where audible crackle can be heard. 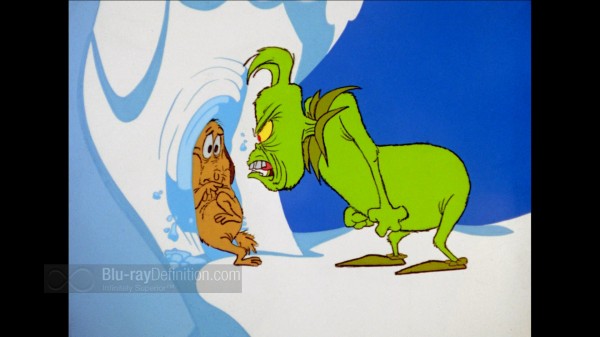 For the longest time Horton Hears a Who! was offered alongside How the Grinch Stole Christmas! as a secondary program on the disc, but that has now been excised and is being offered as a feature title in its own right. So now, there are no bonus Dr. Seuss features alongside The Grinch, but there are still some interesting featurettes and other supplements on offer here that help increase the value of this release. 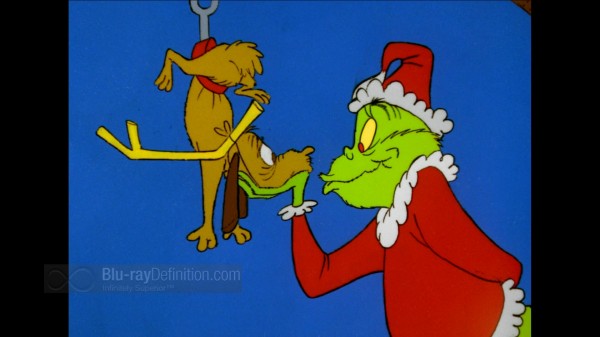 Despite its lackluster sound and the removal of its longtime companion Horton Hears a Who!, this release of How the Grinch Stole Christmas! will still be quite pleasing to those who have grown up with this animated classic. It has never looked better and it will surely still be fun to watch.