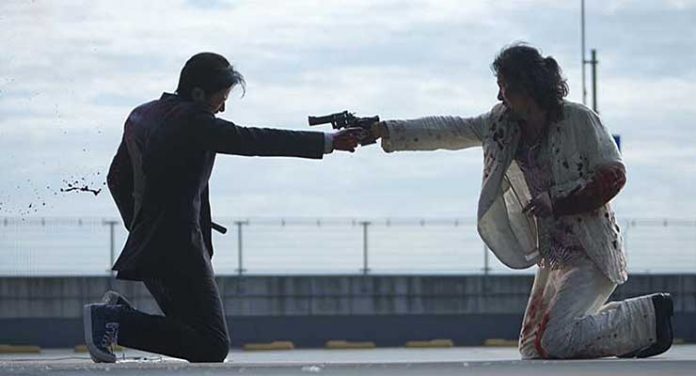 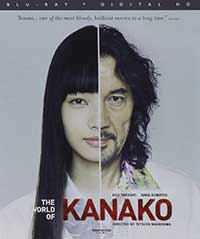 Nakashima Tetsuya’s (Confessions, the 2011 Japanese submission for the Academy Award) The World of Kanako can only be described as a visceral, modern film noir thriller. Relentlessly unforgiving, violent, uncompromising, and visually mesmerizing courtesy of director of photography Atô Shôichi, the film traces the story of ex-detective Akikazu (Yakusho Kôji, 13 Assassins, Babel) who, at the behest of his estranged wife, is on the hunt for his teenage daughter Kanako (played incredibly by the young newcomer Komatsu Nana) who has been missing for four days. Akikazu is a drunkard who, as we soon find out when he rapes and beats up his wife as payment for tracking down their daughter, is an

abusive lowlife. Ironically, he’s exactly the kind of person suited to pursue his daughter, because as he further investigates her missing, he finds himself deeper and deeper in a shady underworld of yakuza, drugs, and sex trade, finding that the daughter he thought innocent was leading a double life right under his nose.

The World of Kanako is a twisting, mind-boggling psychological journey that is powered by an A+ performance from Yakusho who is appropriately unhinged. This is sort of like a modern-day Alice through the Looking Glass, if the former were a decent into the underbelly of society. Kanako is subversive, using sexuality to expose corruption and drug abuse in the highest orders of Japanese society.

The World of Kanako was shot in 4K on the Sony CineAlta PMW-F55 with Zeiss Master Prime, Fujinon Premier and Angenieux Optimo lenses. It arrives on Blu-ray in a gorgeous 1080p AVC encodement from Drafthouse Films that is detailed and crisp without being noisy, filmic without an excesses of video noise, and has deep blacks without giving way to black crush.

The Japanese DTS-HD Master Audio 5.1 soundtrack is rich in sound effects and atmospherics, has good low-end extension and clear, full dialogue. The gunshots (and there are plenty) ring out through the soundstage authoritatively without sounding harsh or fatiguing, punches land with solid thuds, and the balanced, subtle yet engaging mix really places us into this chaotic and surreal world.

The World of Kanako grabs you by the throat, holds you down, and punches you in the gut. It’s a virtually nonstop thrill ride artfully crafted in a world of its own where the lines blur between good, bad, and the really bad. Newcomer Komatsu Nana puts on an incredible display of seething, manipulative sexuality and holds her own on screen against veteran actor Yakusho Kôji in this visually stunning offering.