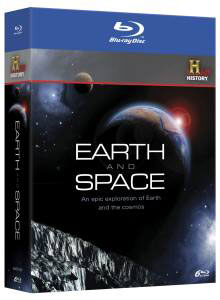 Purchase Earth and Space on Blu-ray at CD Universe

Earth and Space brings together the complete first seasons of The History Channel’s popular series The Universe and How the Earth Was Made in one six disc collection.

The Universe: The Complete First Season 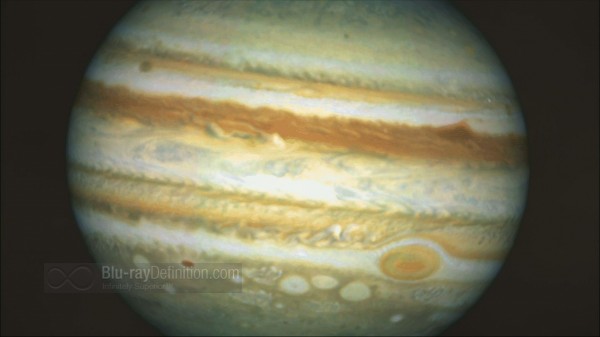 With The Universe, The History Channel has taken on the daunting task of producing a series that delves into the sprawling world of the Universe, the physics that drive it and the celestial bodies (including our own planet) that populate it. Granted, throughout much of this first season of The Universe, the series stays very close to home, spending much time and many episodes covering our solar system, our planet, and our own sun. That is not to say, however, that the series does not go beyond our little corner of space. In episodes such as “Alien Galaxies”, “Life and Death of a Star” and “The Most Dangerous Place in the Universe”, the series focuses on subjects far more vast and complex.

Sitting down and watching The Universe is a thoroughly engaging affair. Certainly, for anyone with even a passing interest in astronomy or anyone who ever looked up at the sky and wondered what exactly is up there will find this series fascinating. This is one of the best documentaries on astronomy I have ever had the opportunity to watch. The History Channel takes complicated concepts and conveys them in a manner that is easily understood by anyone.

The graphical accompaniment, though not always of the highest quality, is always intriguing and helps to explain the higher-level theories and concepts for the laymen who are viewing the series. That, combined with the well-articulated narration makes for an educational and quite entertaining series that one can feel good about sitting through once it is over.

How the Earth Was Made: The Complete Season One 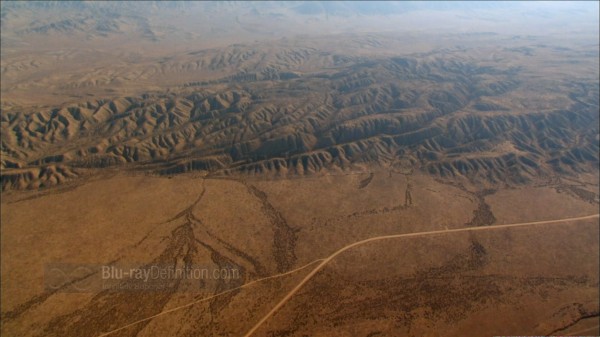 The History Channel’s series How the Earth Was Made does not give a linear explanation of the formation of the planet we live on, but, rather, it seeks to explain how the Earth was formed through various powerful geological forces by focusing in each episode on a specific area or formation on the planet, then explaining how that particular thing came into being. For example, one episode “Loch Ness” breaks down the various forces that converged to create the famous lake in Scotland. “The Great Lakes” tell of how an ice age caused huge ice formations to dig out the large lakes in convergence with other forces. Other episodes include “The Deepest Place on Earth — Marianas Trench,” “Tsunamis” and Krakotoa.”

From plate tectonics, to hurricanes, volcanoes, earthquakes and all the massive geological forces that shape the world we live in, How the Earth Was Made is a lively, engaging and almost interactive view of our planet. The History Channel’s series should be of interest to anyone who loves to learn about the surrounding world. 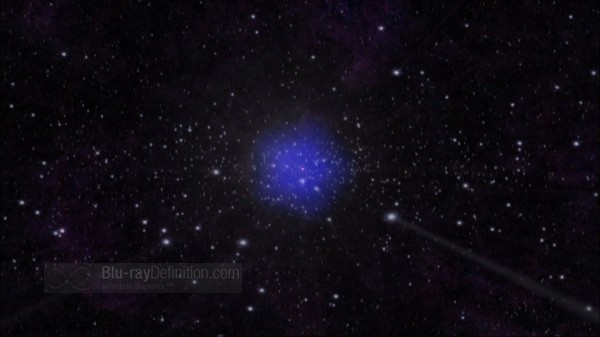 The Universe arrives on Blu-ray Disc in a 1.78:1 1080p/24 AVC/MPEG-4 encoding. Being taken from sources of varying degrees of quality, The Universe at times looks sub par and at other times looks spectacular. Most of the archival footage is simply upscaled standard definition and shows many signs of processing artifacts and edge enhancement. The new high definition footage of the various scientific experts or footage of more earthbound features such as the Grand Canyon, etc. is quite detailed, but it does display quite a bit of video noise.

By far the best-looking parts of the series are the new CG graphics of bodies in space, such as quasars and planets or distant galaxies and sundry other celestial phenomena. Unfortunately, whether it was due to budgetary constraints or some other reason, even some of the CG graphics are obviously sourced from older standard definition sources and the difference in quality is jarringly inconsistent.

The transfer’s strong points are that it has good, obsidian blacks that are consistent throughout. That works perfectly displaying the black background of space and the sparkling stars and nebula. Contrast is also set at a perfect balance so there are no signs of blooming to wash out details. Flesh tones in the few filmed interview segments, however, are somewhat off and display a bit of red push.

This is a series that could have stood as a reference for an astronomy documentary series on Blu-ray, but A&E Home Video and The History Channel have disappointed on the video quality of this release. 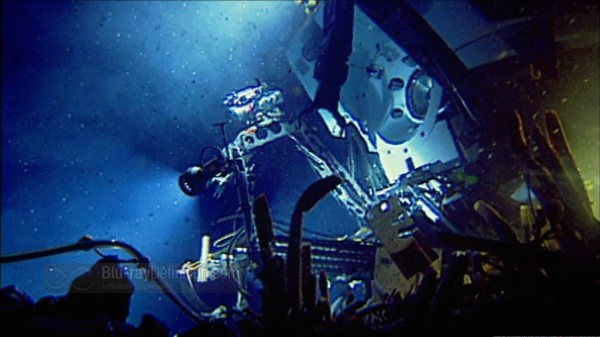 How the Earth Was Made arrives in a 1080i/60 AVC/MPEG-4 high definition encoding from The History Channel. Sources vary and thus the quality of the high definition picture varies as well. There are lots of stock film footage interspersed with standard definition video, newly recorded HD and CGI graphics.  There are no compression artifacts to speak of, but there is some video noise present. New HD footage and CG looks detailed and shows natural flesh tones and deep blacks. 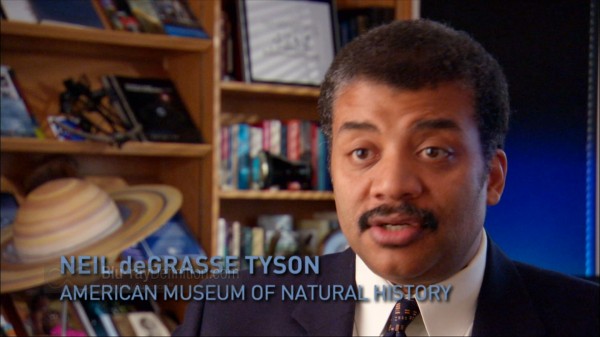 The Universe: The Complete First Season has as its sole audio option an uncompressed PCM 2.0 (48kHz/16-bit) mix. For a series like The Universe where it is either very dialogue heavy or filled with mostly foleyed sound effects, it’s difficult to argue that there would be much gained by stretching the mix to 5.1 channels or more, but kudos should go out to The History Channel/A&E Home Video for providing the mix in PCM instead of lossy Dolby like many other television series seem to be release in on Blu-ray. The sound is as good as it can be for the material at hand. Dialogue is clear, the score and sound effects never drown out the narration and the EQ’ing is easy on the ears. At times, the mix feels just a little closed in, which is the one area where perhaps a 5.1 mix with some added ambience might have helped, but otherwise the mix works well with the material at hand. It won’t push your home theatre’s sound system to its limits, but one can’t really expect much else from a program of this nature. 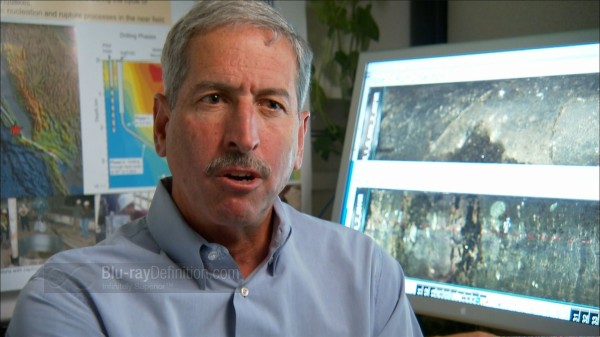 Audio is a DTS-HD Master Audio 2.0 stereo mix. Dialogue is clean in the center with low-level sound effects mixed into the left and right stereo channels. High frequencies sound just a little tizzy, but the overall mix is effective. 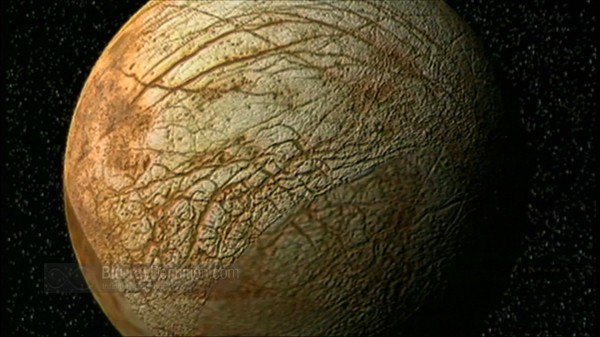 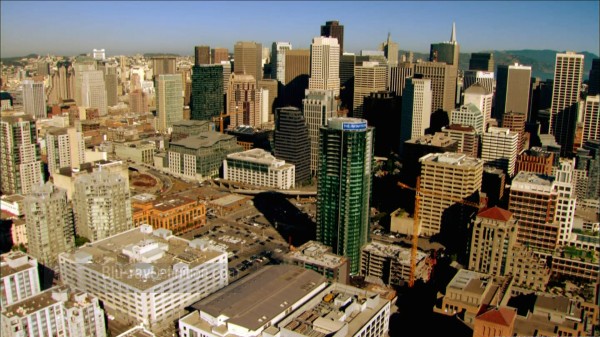 These two series seem an odd paring for a documentary. A more successful collection would be the complete Universe collection or seasons one and two of How the Earth Was Made, but for fans of both series who may not own the first seasons of these two shows, this collection may not be such a bad option.

Purchase Earth and Space on Blu-ray at CD Universe