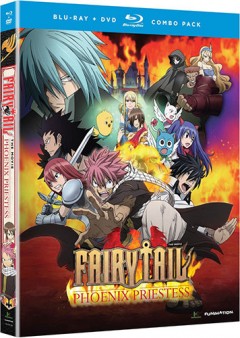 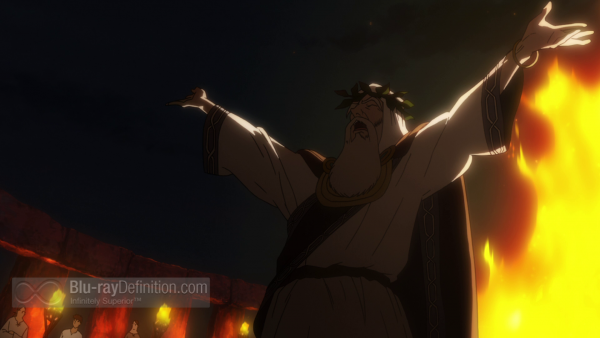 Fairy Tail returns with a feature-length adventure that finds the magical guild doing battle with yet another dark guild. No surprise there. Fairy Tail the Movie: Phoenix Priestess gets things going quickly as Fairy Tail wizardry guild members Lucy, Natsu, Erza, Gray, Wendy, Happy, and Carla botch an assignment to capture a gangster. On their way back home, they meet the priestess named Éclair and her birdlike companion Momon. When Éclair collapses, Lucy takes her back to the guildhall for care, but upon awakening, she wants to leave. She doesn’t like wizards, and a premonition from Carla has Éclair believing that she must go and head into the monster-filled Boundary Forest. Lucy won’t let her go alone, and Éclair reluctantly agrees to let Lucy and her friends come along as protection.That’s when they find out that Éclair has amnesia and all that she remembers is that she is in possession of a powerful Phoenix Stone that she must return to the wizard Kalard in the Boundary Forest. But it turns out Éclair’s stone is only one half of the Phoenix Stone, the other half is in the possession of Duke Cream of the dark guild Carbuncle. Cream plans to bring the two stones together to resurrect the powerful phoenix and grant himself immortality. Now, Fairy Tail and their grand wizard Makarov must somehow find a way to keep both stones out of the hands of Cream while protecting Éclair. It is a challenge that will lead to the ultimate of all showdowns and difficult decisions for Lucy and her friends.

The Fairy Tail movie, Phoenix Priestess, doesn’t stray far from the formula that has made the anime series a successful franchise. It is a basic good versus evil scenario with the members of the Fairy Tail guild pulling together to fight a potentially world ending threat. The difference here is that the compact format of just under an-hour-and-a-half makes for a far more concise and watchable production that the stretched out anime series that just rehashed the same situation over and over again with an ebb and flow that cycled with each changing dark guild that entered the story just couldn’t accomplish. They’ve also upped the stakes a bit here and given us a bit of a surprise ending. Since this is not the series, we really have no idea how it will all shake out.

The animation looks great, although, dare I say, that the character designs looked a bit strange to my eyes – a bit more lanky and bug-eyed than they did throughout the course of the series. It threw me off from the very beginning and I found it just a little distracting. I found no fault with the detail of the backgrounds and the wonderful use of colors, however. Once the action built to its crescendo, things really looked spectacular. 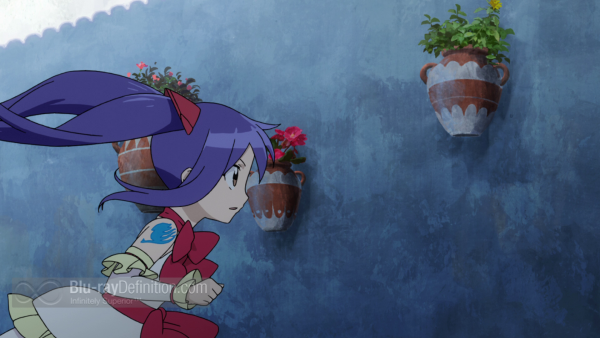 This is the best looking Fairy Tail release yet, a real HD transfer in AVC/MPEG-4 1080p to Blu-ray. The animation looks clean and crisp with little anomalies to get in the way. Colors are vivid and the line art is sharp. 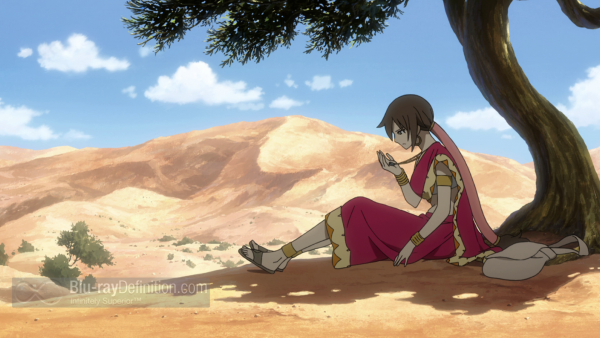 The audio in both the original Japanese and an English dub comes in Dolby TrueHD 5.1 (48Hz/24-bit) and like a lot of the FUNimation releases, the dynamics sound squeezed and the mastering level very low. You’ll have to turn this one way up for maximum impact, and while the overall mix has a decent balance of ambience and discrete sounds through the surrounds and front channels with a fair amount of low end, the lack of wide dynamic range keeps it from being truly mind blowing and engulfing. 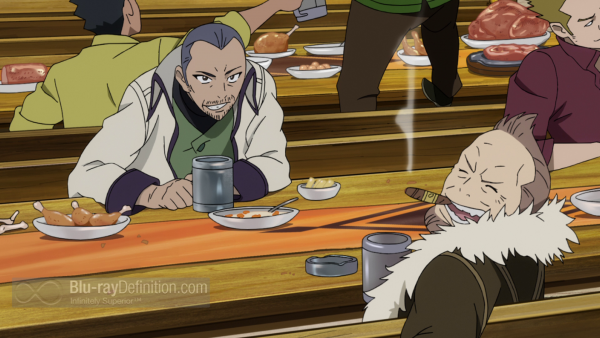 Outside of the prologue, there’s nothing very unexpected on offer here. 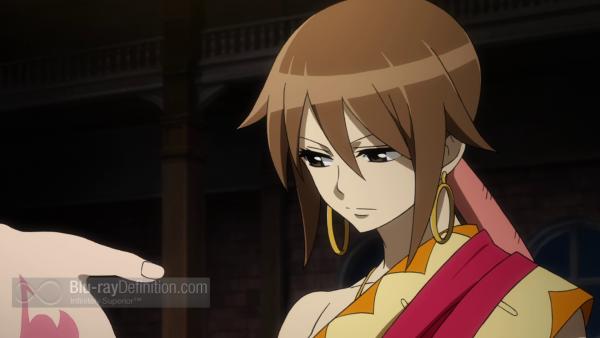 For fans of the Fairy Tail series, this movie will serve as an excellent place keeper until the next series gets rolling. The action is great, the characters are all here, and the ending is heartfelt. The Blu-ray release looks the best out of all the Fairy Tail releases so far as well. 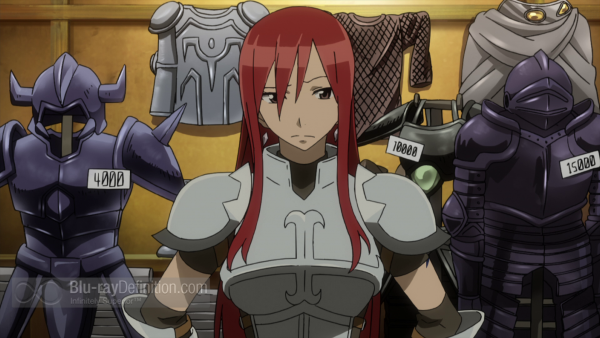 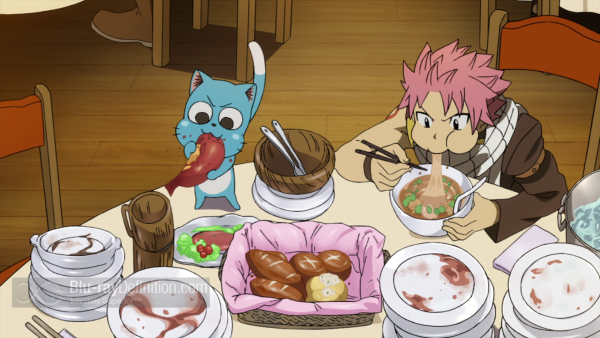 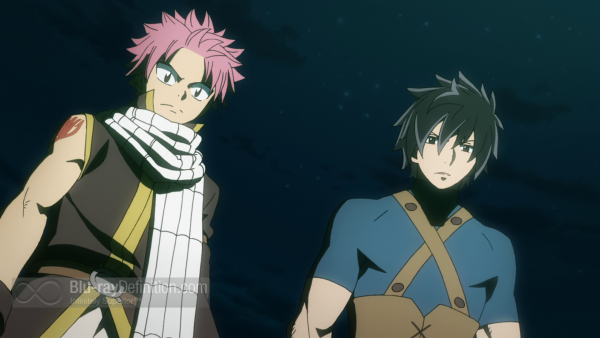 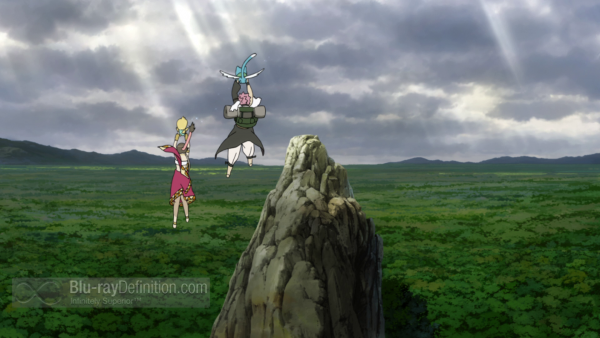 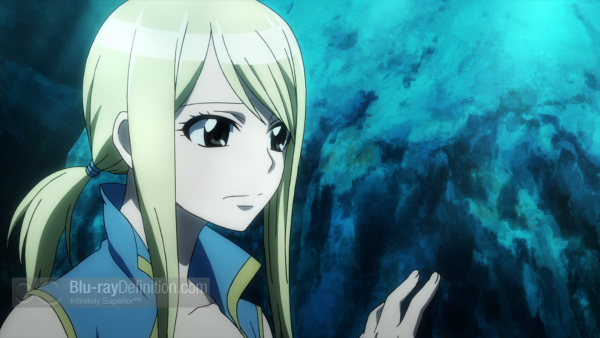 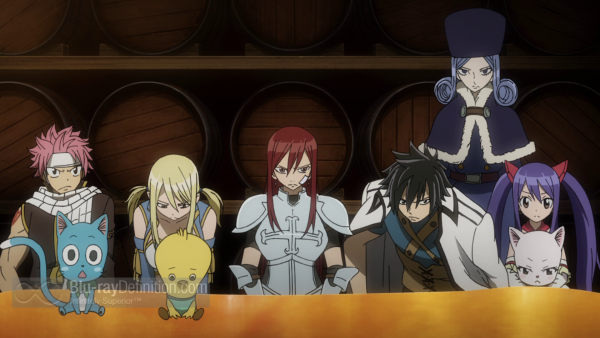 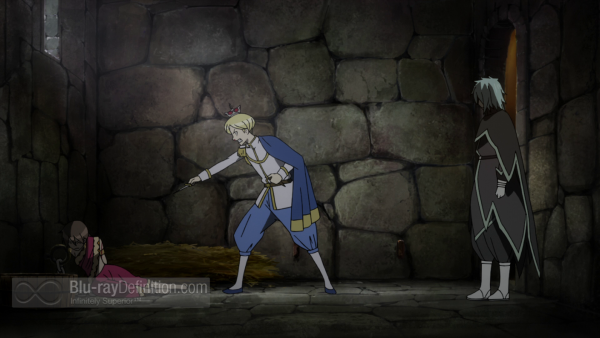 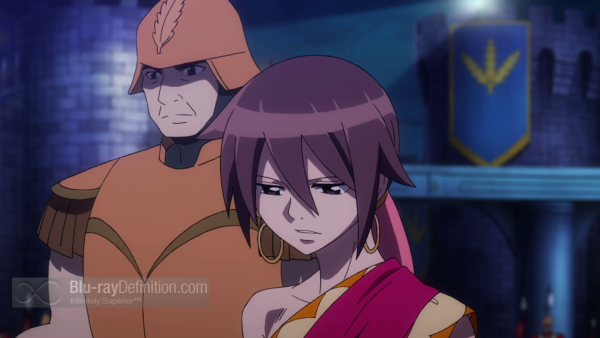 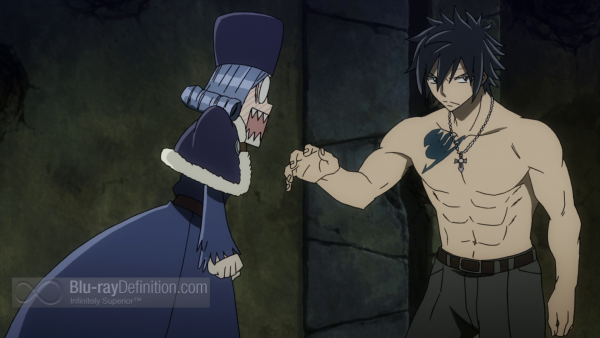 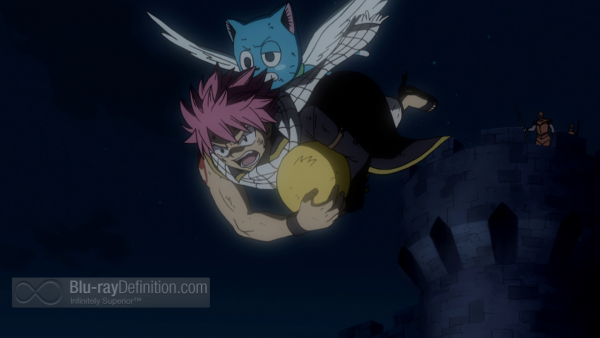 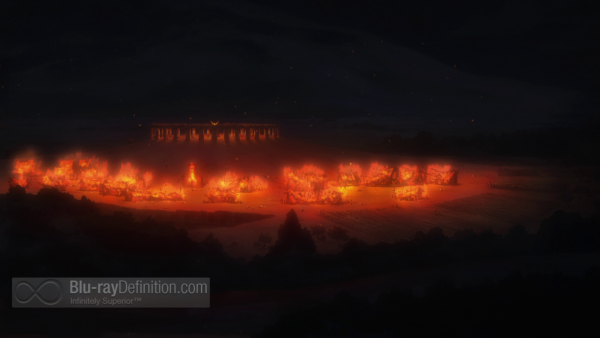 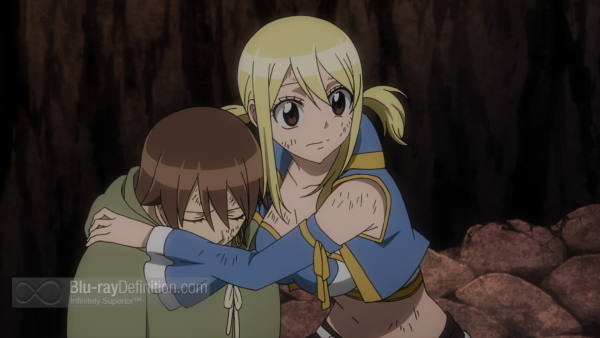 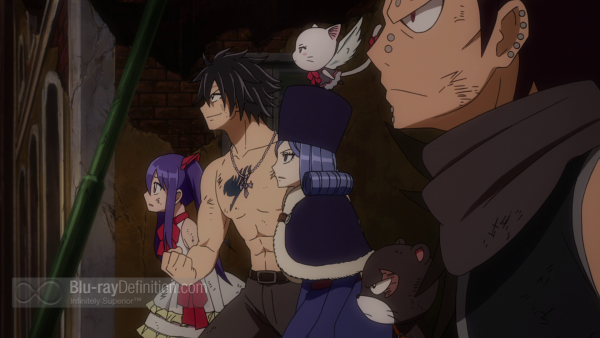