At the age of 73, director Billy Wilder, his career waning, set out to direct a film that would highlight Hollywood’s love all things youthful. Fedora in all its Golden Age trappings is that film. It’s namesake starlet, played by actress Marthe Keller, is a Hollywood legend whose age is rumored to be from sixty to seventy, yet she has defied the aging process, mysteriously maintaining her youthful appearance, sex appeal, and film career over the span of decades. Now, even as she has become a recluse on the Greek island of Corfu, hidden away in the secure confines of a protective countess’ estate, the public still clamors for her. Independent producer Barry Detweiler, played by then veteran William Holden, star of earlier Wilder films, has placed himself in debt and stalked the elusive Fedora all the way to Corfu in order to convince her to star in his latest effort, a production of Anna Karenina. When he arrives, he finds out the real secret behind Fedora’s enduring success and agelessness, and all has not been as it seems.

Wilder, alas, was not wholly successful at turning Fedora into the mirror on his industry he intended it to be. The film with its old-style Hollywood aesthetic of lavish sets, melodrama and syrupy romance was definitely out-of-place with the new Hollywood directors putting out gritty and big budget fare like Star Wars, Taxi Driver, and Jaws. The film, ironically, flopped, with audiences missing the point entirely. It wasn’t just the physical beauty and youth of the film’s protagonist that Wilder was warning audiences would one day be rejected once it had grown old, but in fact the entire style of artistic endeavor. 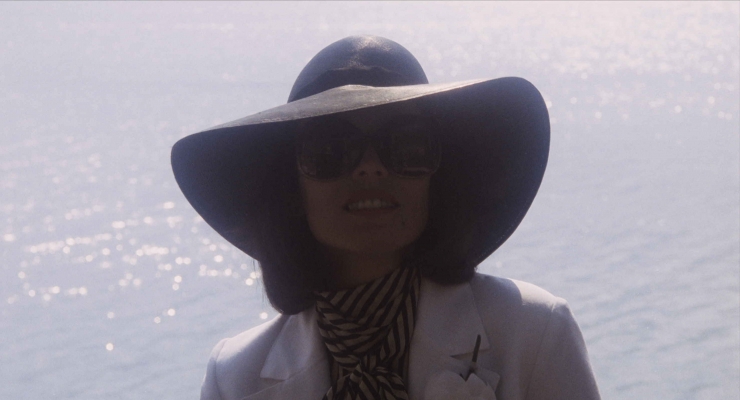 This 1080p AVC transfer to Blu-ray is taken from a German 2K restoration that was done from the original 35mm camera negatives. The film looks rather good here taking its age and the artistic intent and style of the era into account. There is some softness, but for the most part we get a lot of detail and texture, good depth of field, and natural colors.

The LPCM 2.0 monaural soundtrack is surprisingly punchy in the midrange and conveys the lavish film score rather well. Dialogue is clear, but there’s only so much one can do with a 1978 analogue, monaural film soundtrack.

Fedora has good elements and in another time and place with the proper studio system behind it, it may have been a classic during the Golden Age of Hollywood, but in 1978 it looked and felt out of place, and it still does today. It’s a film made by a director making a statement in an era where he no longer feels comfortable, and it shows.