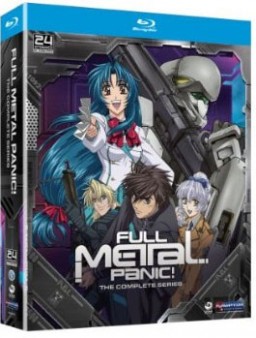 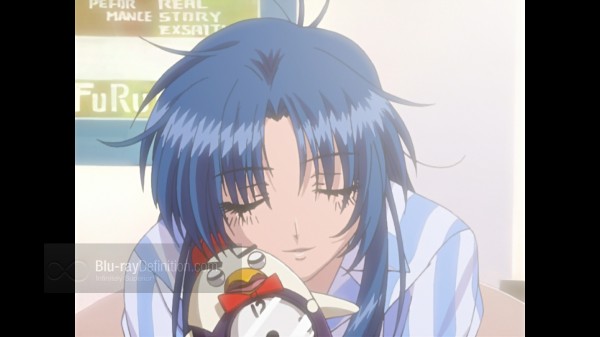 Mecha meets high-school romance in the popular 2002 anime series Full Metal Panic! It seems like an odd mix at first, militaristic action, sci-fi, and high school romantic comedy, but it all comes together quite nicely in this series. With two main characters at its core, Kaname Chidori, a cute sixteen-year-old high school girl who’s popular in every way, and Sousake Sagara, the teenage sergeant assigned to secretly protect her from terrorists groups out to get her, Full Metal Panic! ebbs and flows in styles between traditional, straight-ahead mecha action and more girl-friendly high school relationship drama and comedy.

Always, the series turns on the dynamic between Kaname and Sousake, and from episode-to-episode, Full Metal Panic! grows in intensity as the reasons behind the terrorists coveting Kaname are slowly revealed. As Sousake’s true mission is finally revealed to Kaname, the covert military group he works for, Mithril, moves to the fore of the series, and the action heats up.  An evil nemesis, Gauron, steps up to wreak havoc in the characters’ lives, endangering, Kaname and Sousake, and new, powerful mecha called Slave Arms, are unleashed. The comedy begins to take a bit of a backseat, however, and the episodes become rather repetitive in style and tone.

Personally, despite the popularity of Full Metal Panic! I am not convinced that it truly has a strong enough story arc to carry it through its 24-episode run in this first series (there are two more, including one that emphasizes more of its high school comedy). This one lost me somewhere around the half-way point, but there is certainly more than enough action, comedy, and drama here to find an audience, as this series obviously has done. Since this is my first time to it, perhaps a second time around might yield more pleasurable results? 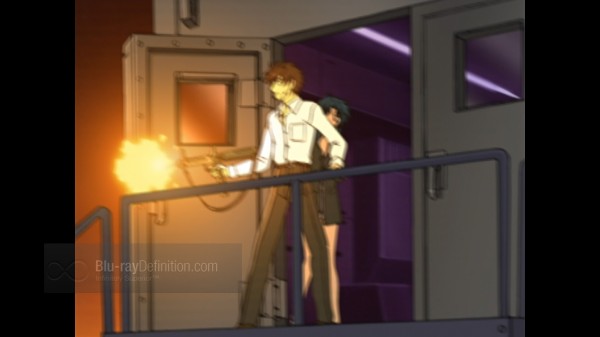 I don’t see any artifacts troubling the 1.33:1 AVC/MPEG-4 1080p encoding of Full Metal Panic! from Funimation, but there is a hazy patina over the image that suppresses detail and sharpness of the line art that keeps this from being an absolutely top-quality reference animation release. Some images look crisp and vibrant, whilst others appear fuzzy and soft of focus. It still better than some of the horrendous up-scaled efforts we’ve seen from Funimation in the past, however. 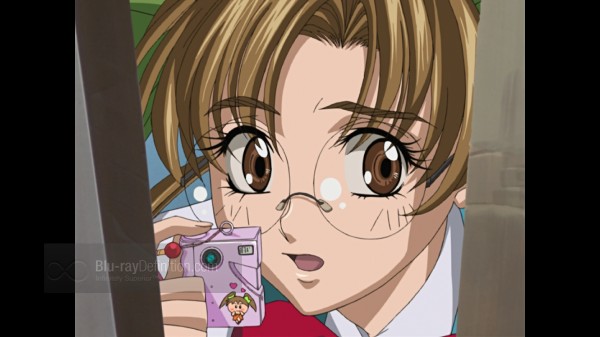 It is best to stick with the Japanese Dolby TrueHD 2.0 mix versus the English TrueHD 5.1 when it concerns this release of Full Metal Panic! In fact, it’s usually always best to go with the original Japanese language track when it comes to anime, given the usually terrible English translations, but in this case there is really no particularly compelling reason to go with the 5.1 mix given that it hardly adds anything sonically over the 2.0 version. Granted, it does provided slightly more relaxed dialogue and a bit of a wider dynamic range over the Japanese 2.0, but the surround channels are not very well utilized. Low frequencies have a bit more depth due to use of the subwoofer, but that’s all. The 2.0 mix, with its superior language, solid midrange and more than adequate low frequencies is the better of the two. 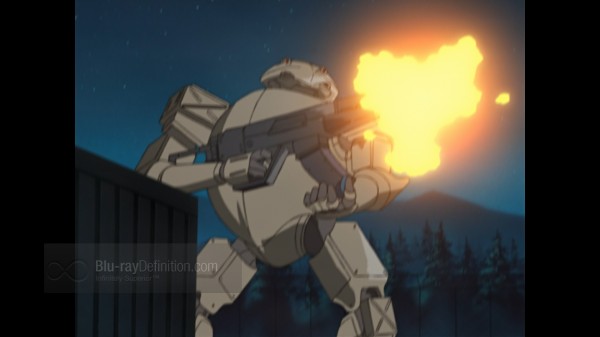 The only truly worthwhile supplement on here is the over twenty-minute long interview with the series director and original storywriter. Other than that, you can sit through several anti-piracy ads from the series characters as well as some TV Spots, if that’s the sort of thing you like. 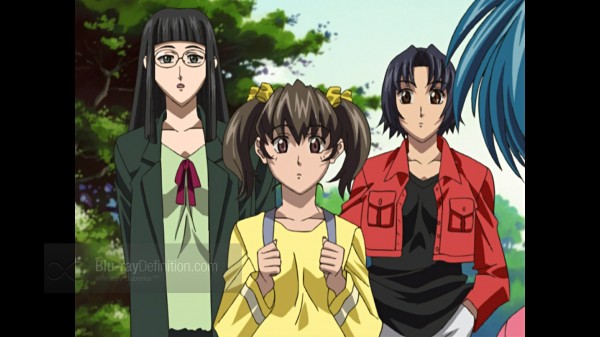 With its unusual mixture of teen romance, comedy, and sci-fi action, Full Metal Panic! hits a wide target. Its appearance on Blu-ray is sure to make lots of fans happy. 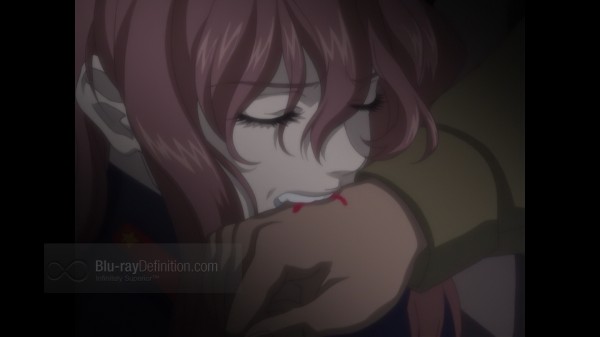 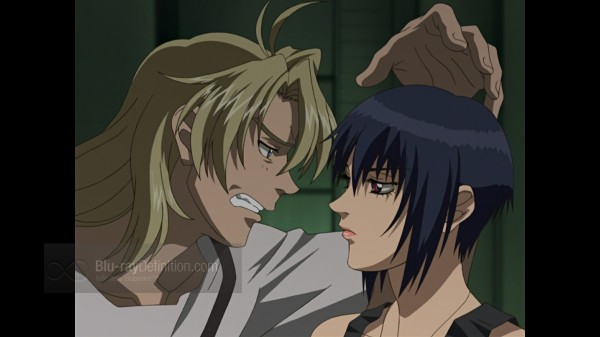 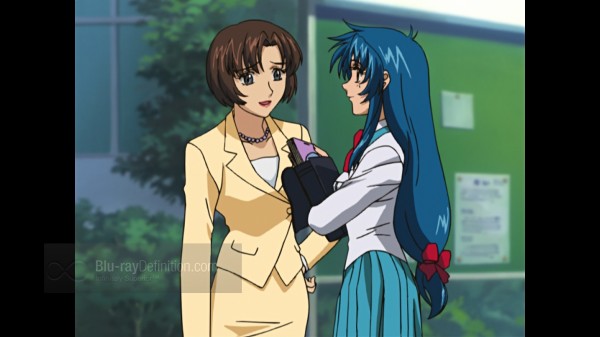 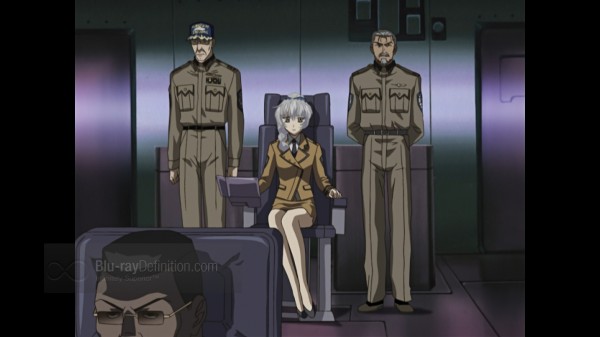 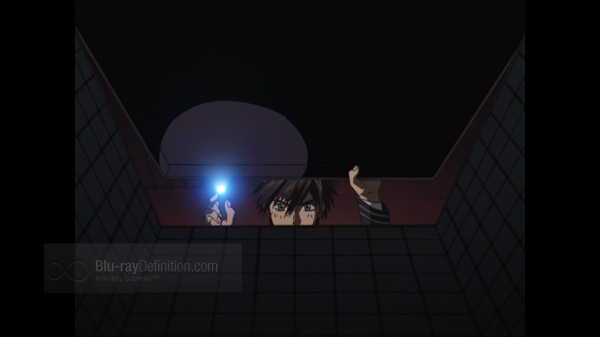 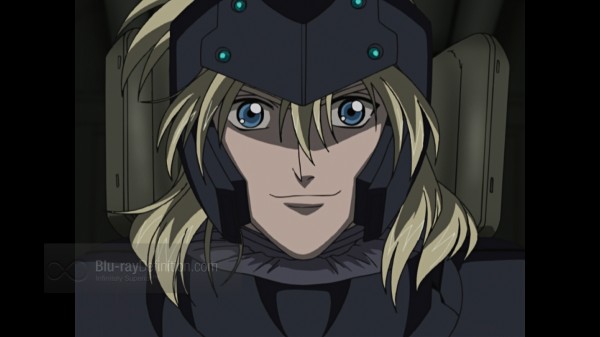 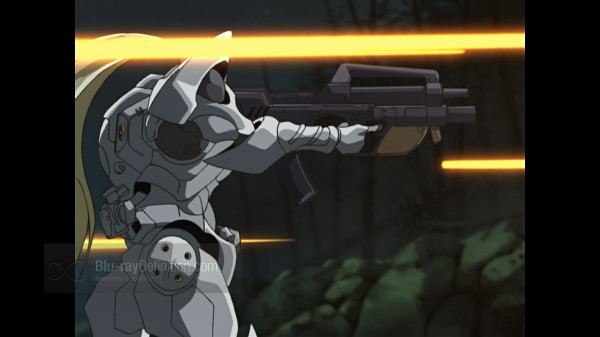 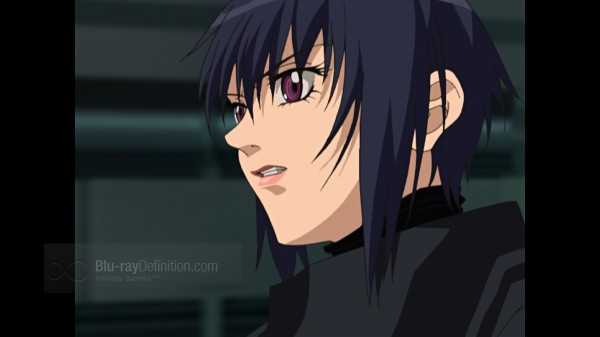 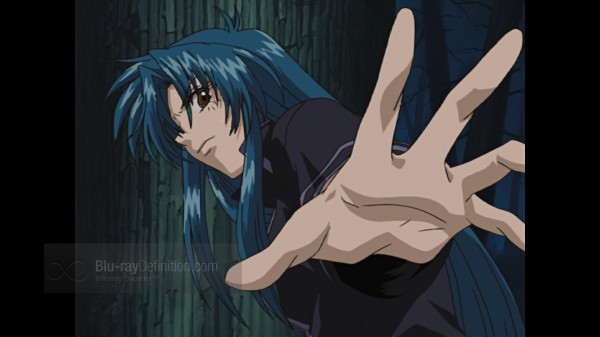 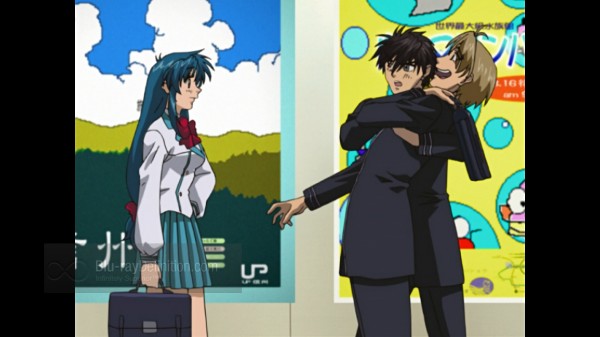