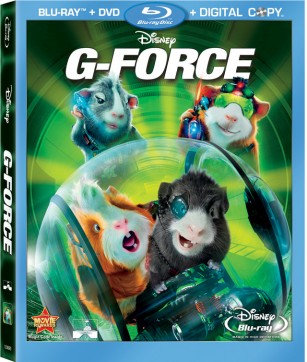 Have we really reached the point where there are films being made about intelligent guinea pig secret agent task forces saving the world? That is the premise of the latest Jerry Bruckheimer big-budget action film, G-Force, now arriving on this Blu-ray release from Disney. The film is aimed directly at families with non-demanding younger children and directed by Hoyt Yeatman. 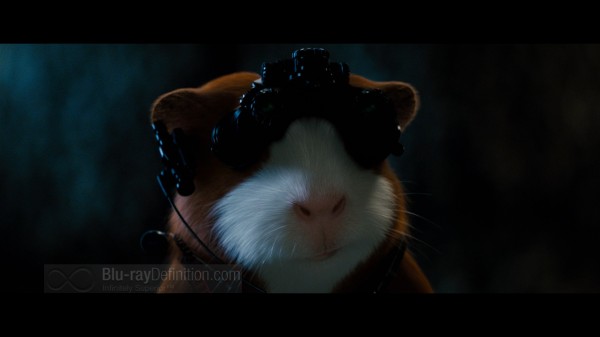 An elite group of sentient guinea pigs are employed by the government to help take down criminal mastermind Leonard Saben, suspected of using his technology company as front to sell military secrets to the Chinese and install military-grade technology in his electronic appliances in an attempt to take over the world.

The G-Force — those are the covert guinea pig operatives — are voiced by some of the biggest names in Hollywood, including Penelope Cruz, Jon Favreau, Nicolas Cage, Steve Buscemi and Tracy Morgan; obviously cashing in on a huge payday.

The visual effects in G-Force are rather lazy, cutting between some obvious CG animation and live action imagery in a less-than-seamless manner. There were better combinations of animation andlive action visuals in 1988’s Who Framed Roger Rabbit. Another down side to the film is the phoned-in voice acting from the big-name stars. It’s as if none of them were happy to be there. Cruz and Morgan’s performances are particularly flat.

The film’s comedy is on the nose, relying on puerile fart jokes and other gags that will not be amusing to anyone beyond the age of eight, the story feels hastily pieced together, and, surprisingly for an action comedy, there’s not much excitement. On the positive side, it is family safe, and there are some broad lessons about friendship and loyalty embedded in its plot. Parents also won’t have to worry about any inappropriate content when they fall asleep whilst their kids are watching it. 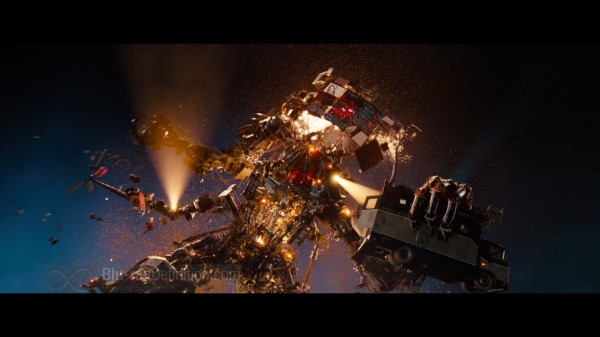 G-Force looks stunning on Blu-ray. Its big production packed with special effects and dramatic lighting offers ample opportunities to show off the stellar AVC/MPEG-4 1080p encoding from Disney. Film grain is consistent, detail is incredibly sharp and shadow delineation is strong. Apart from occasionally drifting into some very slight softness in background shots, this is a reference release that can be used to show off your HD display. 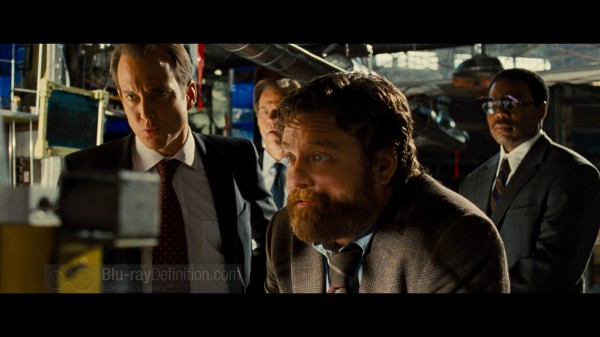 The DTS-HD Master Audio 5.1 (48kHz/24-bit) soundtrack for G-Force is what one would expect for an action flick. It’s aggressive, dynamic, and entertaining. The low frequencies are quite deep, high frequencies are easy on the ear, dialogue is clean, and the encoding also captures a good amount of low-level atmospheric sound effects. 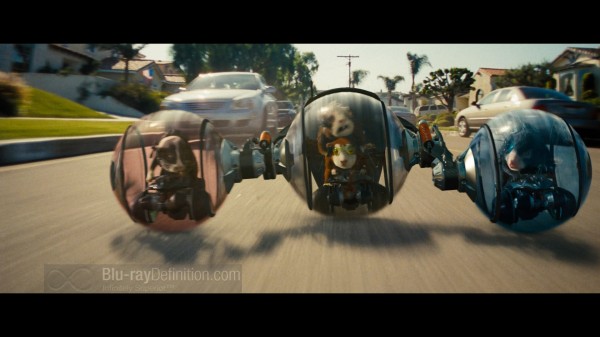 Disney has loaded the G-Force package with a heavy dose of value-added high definition supplemental materials. 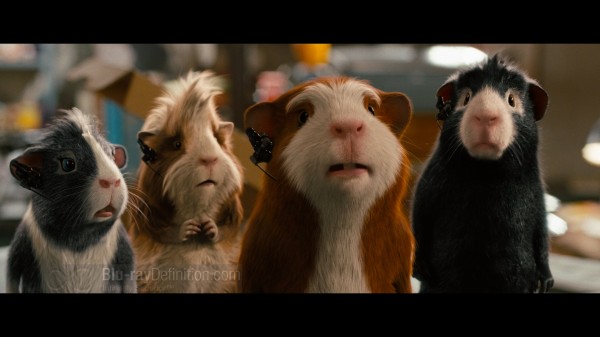 Although this Blu-ray release of G-Force is absolutely reference quality and it offers a great value in its supplements, I have to recommend that anyone whose age is beyond the single digits steer clear of G-Force.