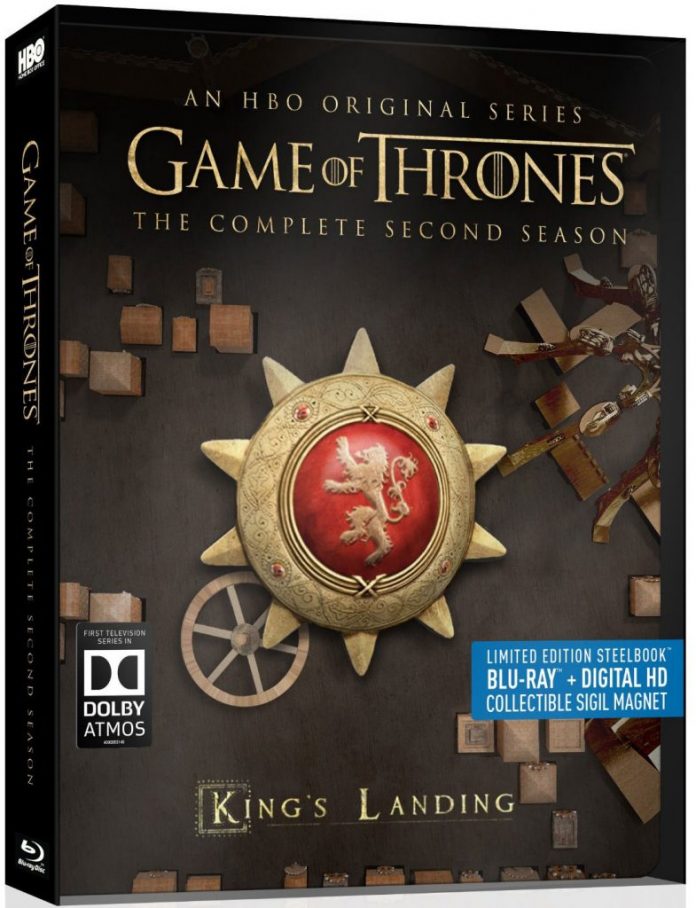 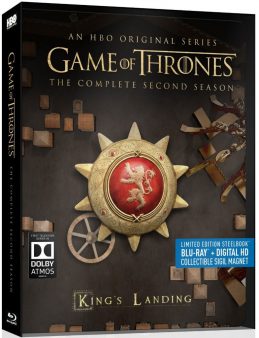 Game of Thrones becomes the first television series with a Dolby Atmos sound mix with the release of this Limited Edition Steelbook reissue series from HBO.

HBO has reissued season 2 of the series alongside season 1 — with presumably more to come — in beautiful new Steelbook packaging – I found the only deficit to be the discs are very difficult to remove. Season 2 comes with a collectible Sigil magnet of King’s Landing, the capital of The Seven Kingdoms, and the home of the Iron Throne, the MacGuffin that the world of Game of Thrones revolves around.

Just as with the Season 1 Steelbook reissue, not much changes on this release other than the Atmos mix replaces the DTS-HD Master Audio 5.1 mix of the original release. This will be an upgrade even for those without Atmos-compatible systems as the Atmos mix will playback in a wonderful-sounding TrueHD 7.1, as it does on my still  non-Atmos 9.1 setup. I can attest that, even without the added overhead speakers, this mix is a beautiful sounding upgrade over the original mix, which was no slouch. The foreign language dubs are also now all in Dolby Digital rather than DTS and some subtitles have been removed from what is still a very long list. This second season’s limited edition Steelbook does, however, lose the DVDs and iTunes Digital HD Digital Copy that came with its original release. Only Digital HD UltraViolet is included.

See our original review of Game of Thrones: The Complete Second Season for a complete review of the content, a listing of bonus features, and screen captures.