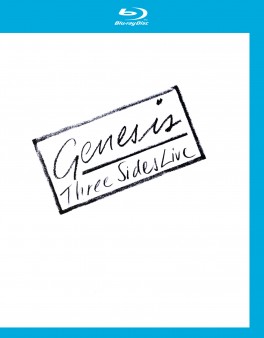 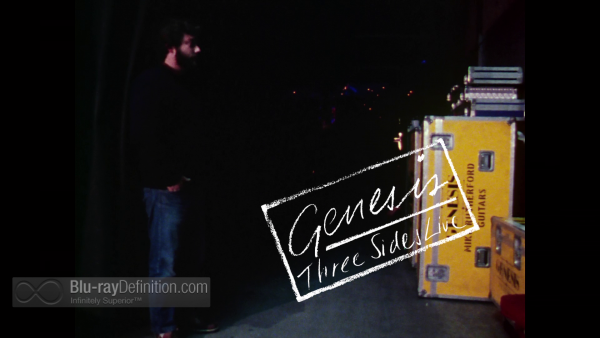 Eagle Rock Entertainment releases this classic 1981 Genesis concert video, Three Sides Live for the first time ever on Blu-ray Disc. The concert was originally released in 1981 on VHS to coincide with the live concert album of the same name and was previously released on DVD as a part of the limited edition box set The Movie Box 1981-2007. The film is also now being made available for the first time ever in a stand-alone DVD release.

Shot during Genesis’ 1981 tour for their album ABACAB, the set leans heavily on the band’s tracks from that album and their previous release Duke. It’s a time capsule of that era in this seminal band’s long career from when they made that gradual transition from gods of progressive rock to the pop-rock stalwarts of Top 40 radio they would become in the mid-1980s and beyond. The hook-laden radio-friendly hits of ABACAB like “Turn it On Again” intermingling with the more high-minded sound of Duke‘s “Duchess.” The band even take a foray into some of their Gabriel-era material with a fantastic medley of “In The Cage / The Cinema Show / The Colony Of Slippermen” that has Phil Collins sounding as much like the former Genesis frontman as he ever has. For Genesis fans, regardless of which side of the Gabriel/post-Gabriel debate you fall on, Three Sides Live is one live set that should reside in your collection.

This concert film also inserts some behind the scenes footage of the band backstage and a segment with Phil Collins doing a radio call-in show. Thankfully, Eagle Rock has now included full length, audio only versions (albeit in lower resolution versions) of the songs interrupted by some of this footage on his Blu-ray release. 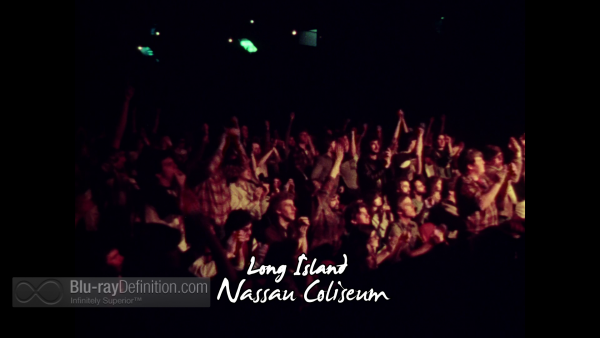 Three Sides Live was restored from the original 16mm source. Given its age, source and the fact that it is a pretty dimly lit stage show, the 1080i/60 encodement to Blu-ray from Eagle Rock looks rather good, limitations of the 16mm format notwithstanding. There’s a good amount of detail in extreme close-ups and the brighter behind-the-scenes footage looks even clearer. The grain structure also looks natural and consistent throughout the film. 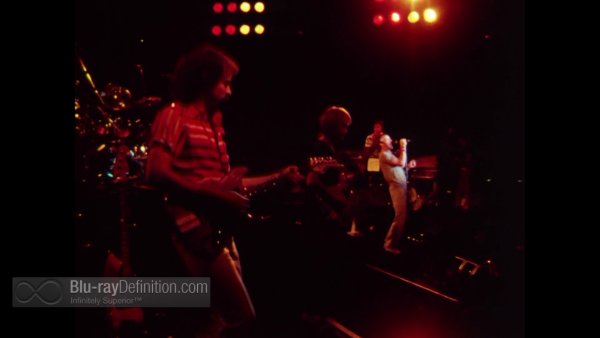 Remixed in stereo and 5.1 by Nick Davis at The Farm, Surrey in 2009 and remastered at Metropolis Mastering by Tim Young, Three Sides Live arrives on Blu-ray in what is a superb, reference sounding concert disc release on Blu-ray from Eagle Rock Entertainment. Both the LPCM 2.0 stereo mix and the lossless DTS-HD Master Audio 5.1 mix of the main concert film are offered up in high-resolution 96kHz/24-bit, while the audio only bonus tracks come in 48kHz/24-bit (see below). Which ever mic you choose, know that you are getting a punchy, musical mix with clean vocals, good dynamics for a rock show, and a smooth, easy high end. Phil Collins’ voice comes through clearly and the sparkling keyboards, signature drum sound of longtime supporting live drummer Chester Thompson really have great kick. 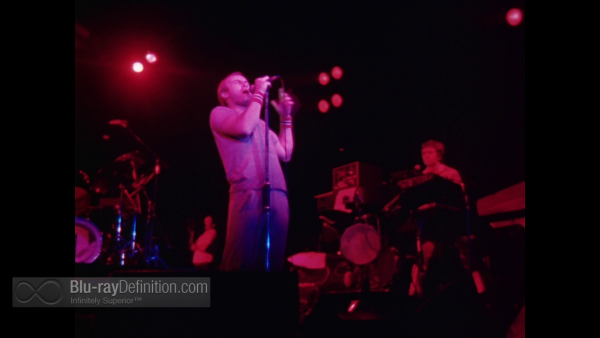 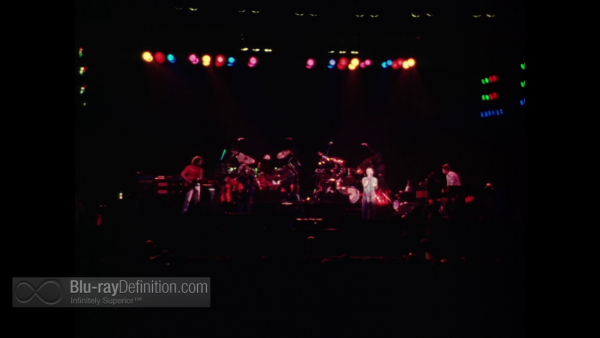 Genesis was at the height of their post-Gabriel talents during this American tour for ABACAB and it is captured wonderfully in this concert video performance. It’s full of energy and delivered with a high level of technical skill. In addition to the then core members of Tony Banks, Phil Collins, and Mike Rutherford, the band are joined by Daryl Stuermer (guitar, bass) and Chester Thompson (drums). 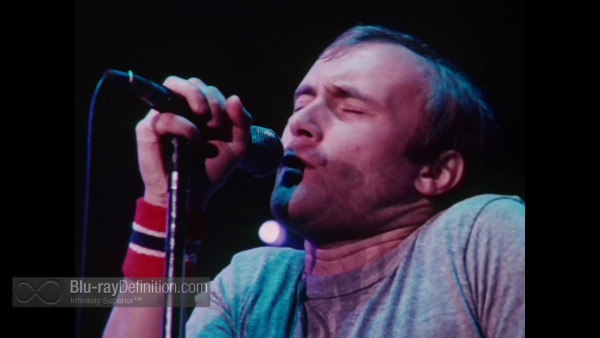 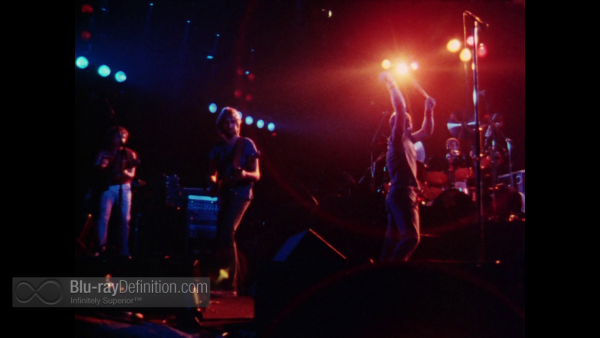 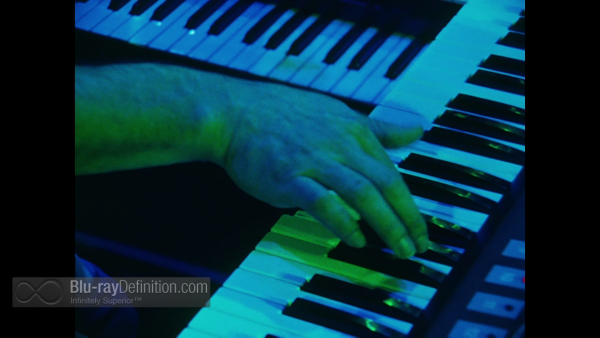 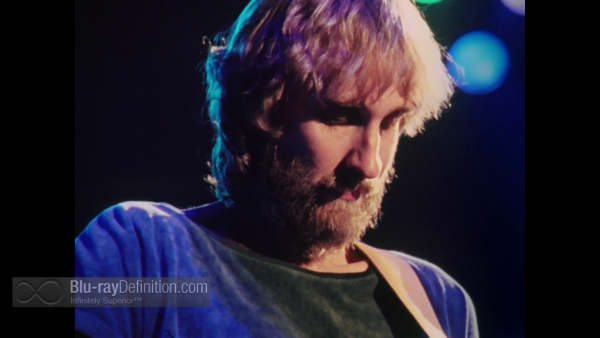 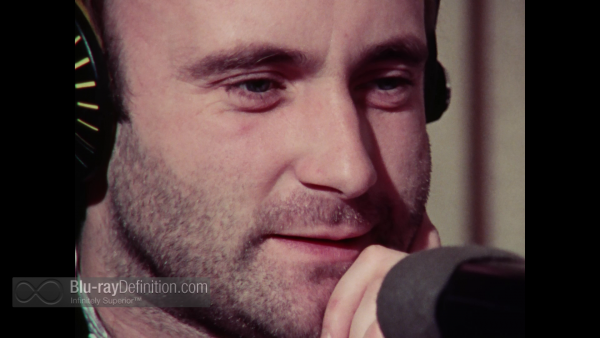 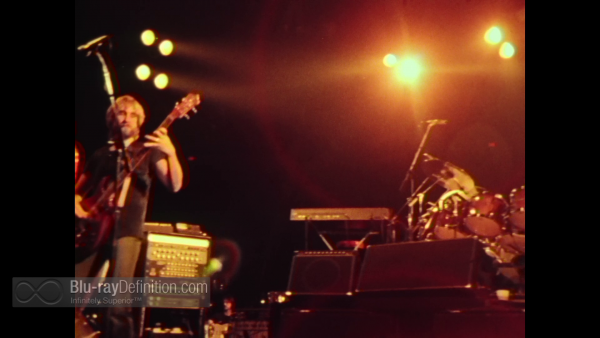 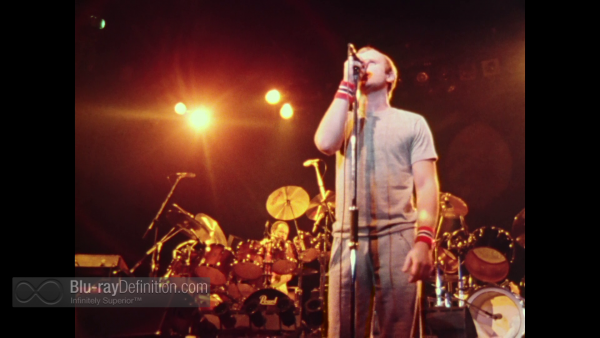 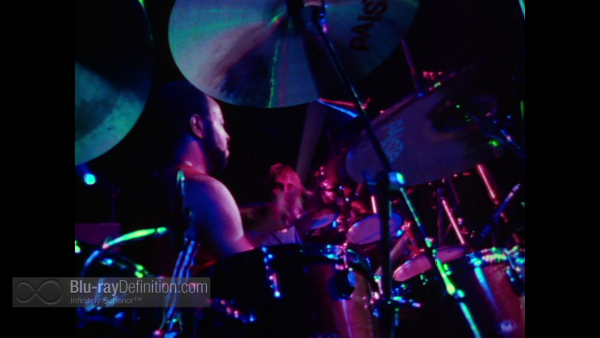 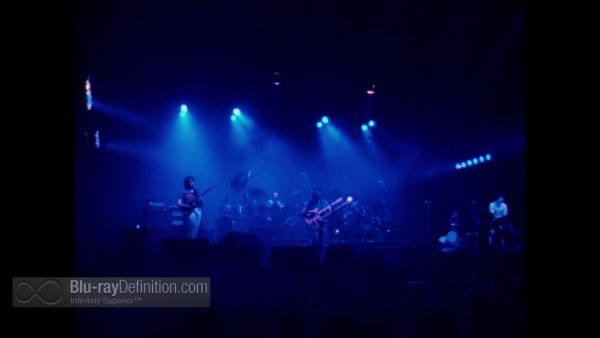