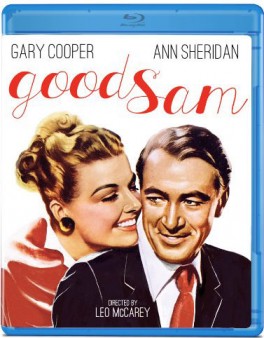 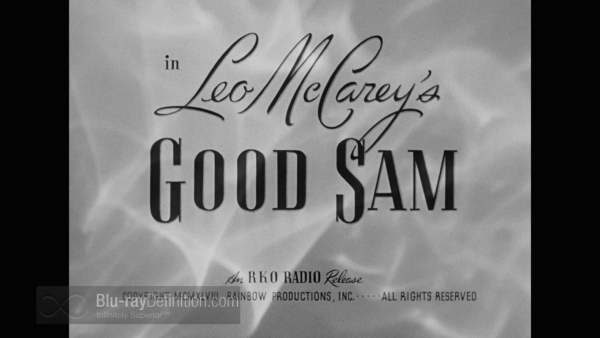 Olive Films has dug deep into the ‘40s archive of black and white films and came up with Good Sam. In this case, we find the iconic leading man and leading lady of their era in a film about family values where “Good Sam” really means Good Samaritan. 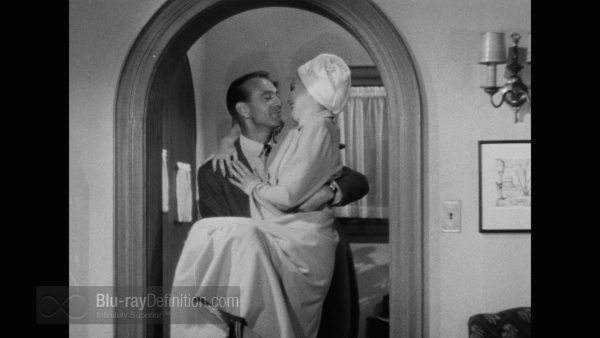 Casting heroic Gary Cooper (Sam Clayton) and sexy Ann Sheridan AKA “the Oomph Girl” (Lu Clayton) against type and in the leads was a stroke of genius to give this feel-good movie a big boost. The Claytons have extended household also containing two young children and Lu’s brother Claude (Dick Ross), an out of work WW II veteran. 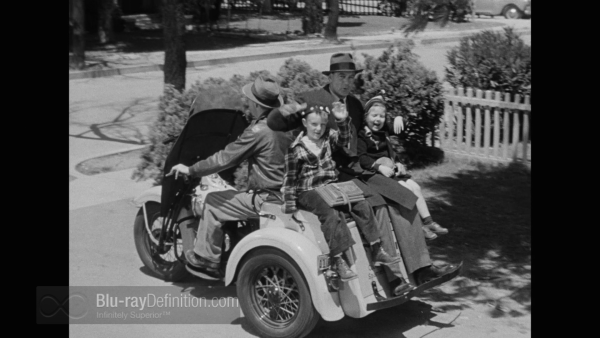 There is a crisis of confidence, early on, when Lu skewers Sam for loaning money to a dead-beat (who has died without its repayment) and her case gets further reinforcement when Sam lends his car to his neighbors, the Butlers (Netta Packer and Matt Moore) and then pays for repairs to their car. 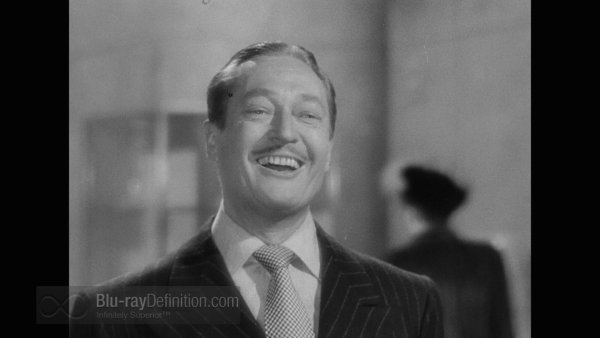 Conflict also arises between Sam, a department store manager  and his boss, H.C. Borden (Edmund Lowe) who reflects the opposite pole of humanity, particularly since it is the beginning of the big Christmas shopping season. 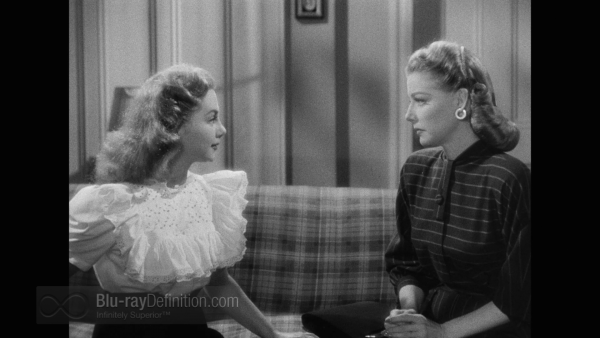 When the Butlers have wrecked Sam’s car and he gets involved in a lawsuit, the hot water really begins to boil. Sam tries to keep his household and marriage together but the tipping points come when nightclub singer Shirley Mae (Joan Lorring) is delivered to the Clayton household after taking an overdose of sleeping pills. 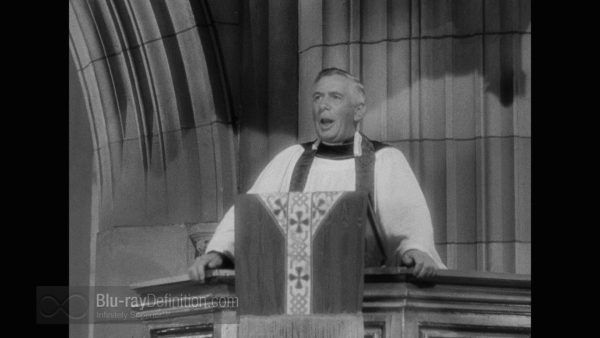 At her wits’ end,  Lu goes to Reverend Daniels (Ray Collins) to help her cope with the many situations in which Sam’s unrequited acts have compromised his family. Ironically, Sam also meets the Reverend and neatly avoids having to deal with his acts of charity. Ultimately, things reach a head when Lu sees a new house on the market only to find out that Sam has loaned the down payment money to a young couple who are having a baby and want to buy a gas station. 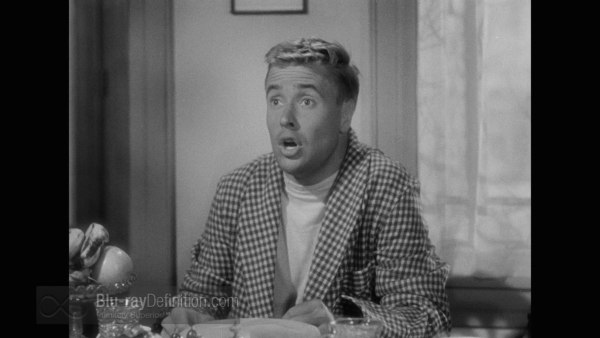 In the tradition of feel-good movies like It’s a Wonderful Life, this film goes through the usual ups and downs that families experience, touches the heart, and reinforces the principle that one good deed deserves another. Today’s audiences might find the homey message a bit corny but it is one that never goes out of date. Leo McCarey and a top-notch cast deliver the goods and we are the beneficiaries. 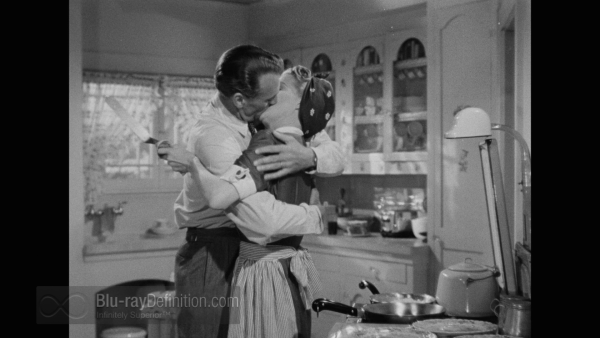 A film that is old enough to get Medicare gets a great makeover from Olive Films. There is a bit of grain and streakiness and the details are not as crisp as what we get today but, for the most part, a nice restoration. 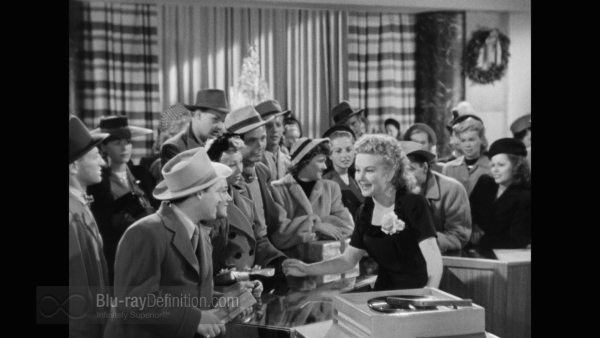 There is obvious compression and boxiness in the sound department but the dialog is very clear. 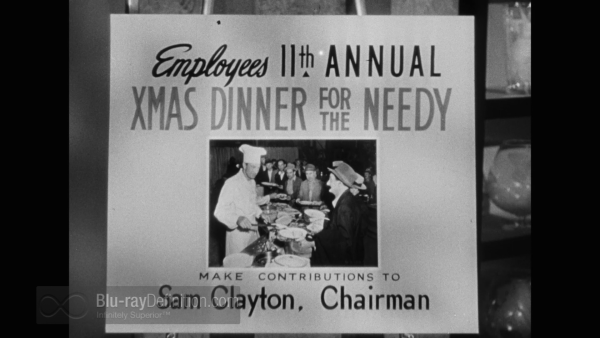 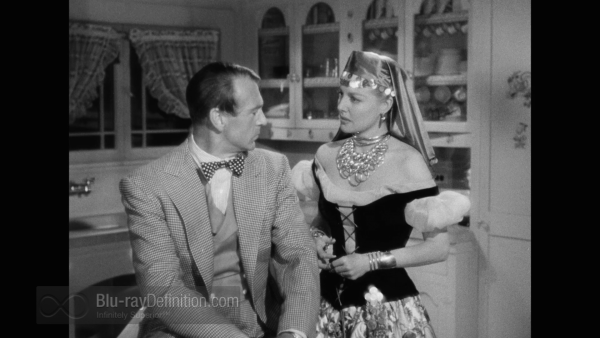 This is a cautionary tale that is well told.  It is hard to believe that tough guy Cooper and sexpot Sheridan could pull off a domestic drama that is as heartwarming as this one. If one good turn truly deserves another, then this film is an object lesson in the uplifting power of charity taught to us by a great cast and director. Highly recommended. 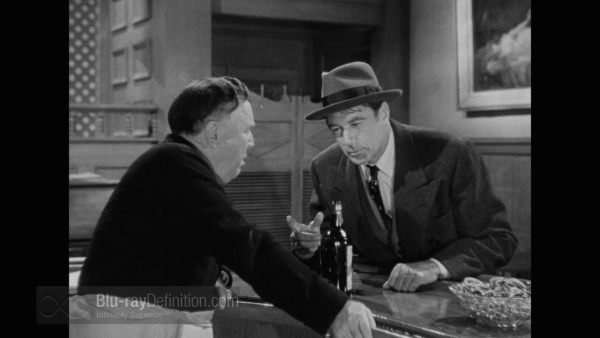 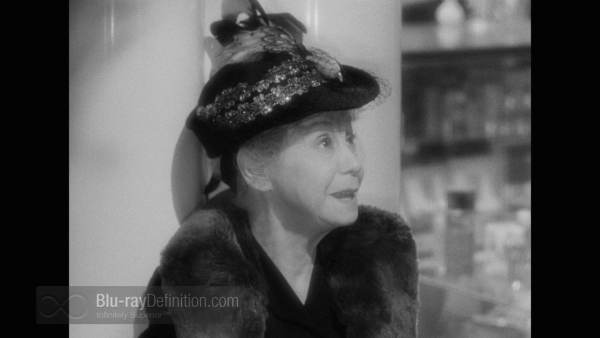 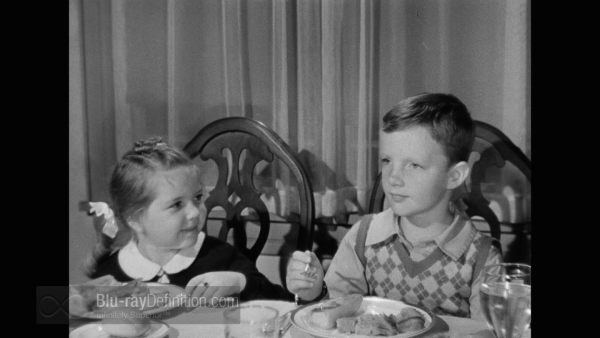 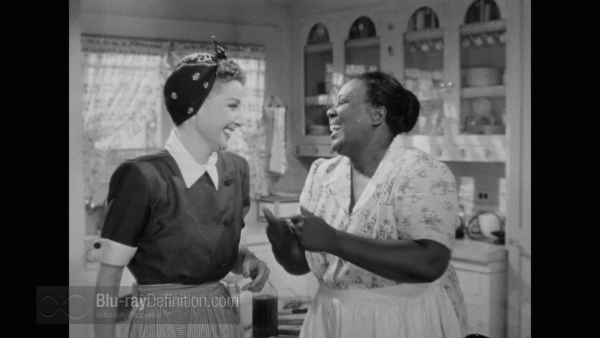 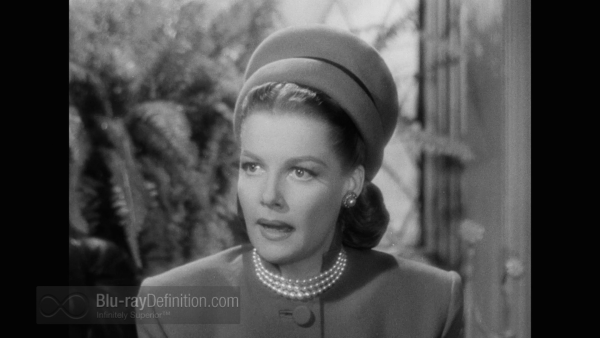 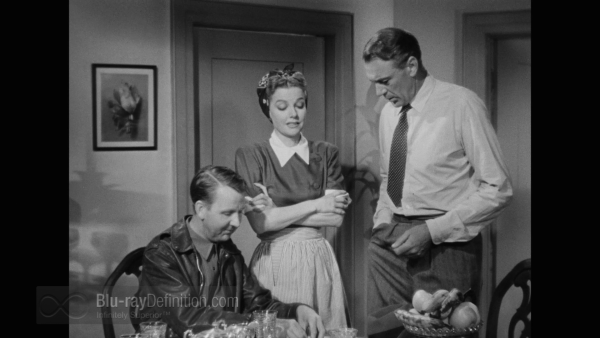