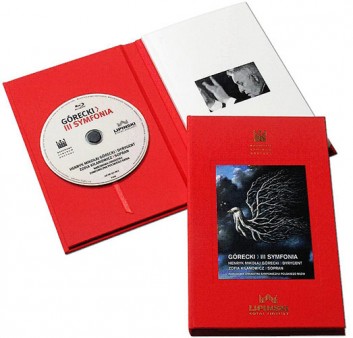 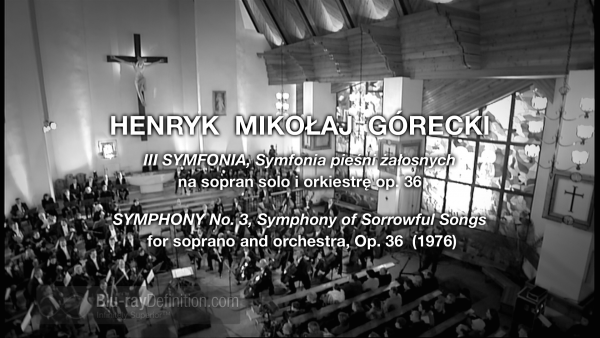 The story behind Polish composer Henryk Gorecki’s Third Symphony is as fascinating as the work itself.  On a visit to Polish folklorist Adolf Dygacz, Gorecki found what would become one of this symphony’s three songs, “Where has he gone, my dear young son,” a mother’s lament dating from the Silesian uprising of 1920. A few months later, Gorecki discovered an inscription on the wall of a former Gestapo prison cell written by an 18-year old girl leading to the second song “Oh Mama do not cry—Immaculate Queen of Heaven support me always”. The final song in this symphony originated in a 15th century folk song in which the Virgin Mary speaks to Christ on the cross: “O my son, beloved and chosen, share your wounds with your mother.” 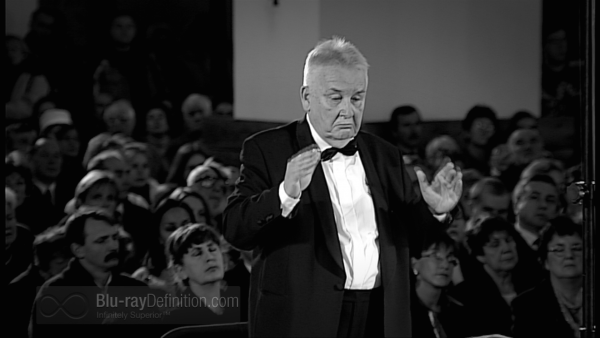 The Third Symphony is subtitled the Symphony of Sorrowful Song as each of the songs does deal with the inevitable sorrow that accompanies death. Within each song is also the acceptance of what cannot be changed and an ultimate appeal to a higher power. Gorecki was deeply affected by the tragedies that beset Poland in the 20th century; this symphony is an effort to exorcise some of his personal demons. 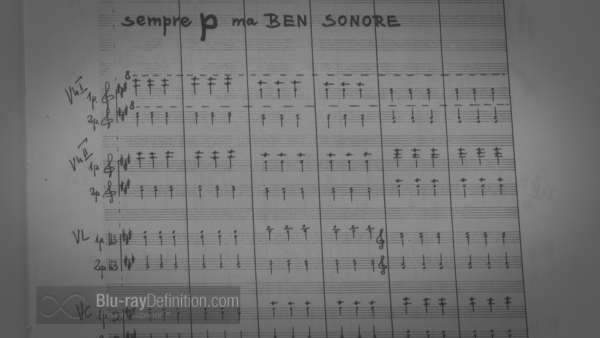 Unlike most traditional symphonies, all of the movements have slow tempos. The first movement (lento sostenuto) accounts for more than half of the work and opens with a 24-bar canon on the lower strings and moving up the scale until, midway through, the soprano soloist (Zofia Kilanowicz) enters with the Virgin Mary’s plaintive song. The second movement (lento e largo) begins with piano and high strings as the soloist repeats the entreaty of the young woman to her mother and concludes with the beginning of the Polish Ave Maria. The final movement (lento cantabile) recalls the mother who prays that her missing son “may sleep happily.” 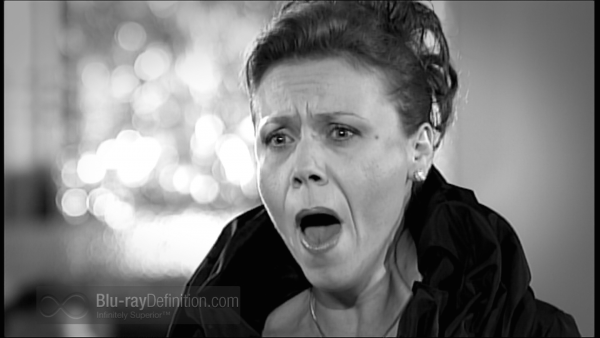 This Blu-ray is the only film of Gorecki conducting his symphony and, as such, must be considered an important historical document of a work that ranks among the great symphonic compositions of the last half-century. 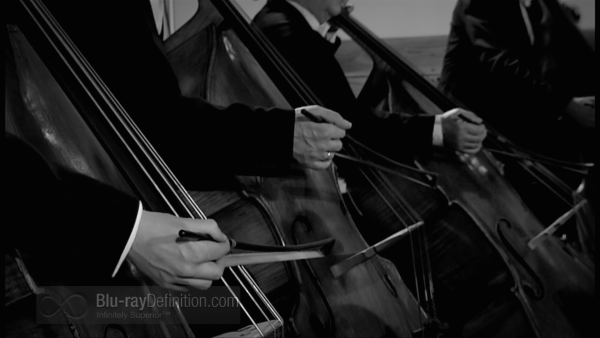 This is a 1990s vintage standard definition video shot in black and white. The Lipinski team has rendered the detail and contrast as good as they are likely to get. The venue of a small church provides a perfect visual context for a piece that  plumbs the depth of the human soul. Camera work is deft and continuously engages the viewer. There is a minor glitch in the concluding movement, perhaps a lost segment of film, where a still photo of Gorecki is temporarily inserted. 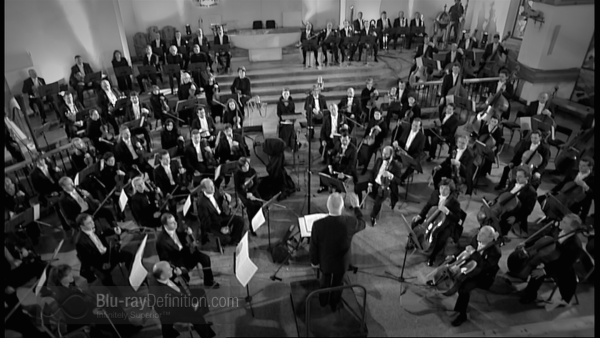 The audio portion in all three versions is excellent. The surround soundtrack does the best job in enveloping listeners in the symphony’s enchanting melodies and often ethereal atmosphere. The vocal sections are beautifully reproduced. 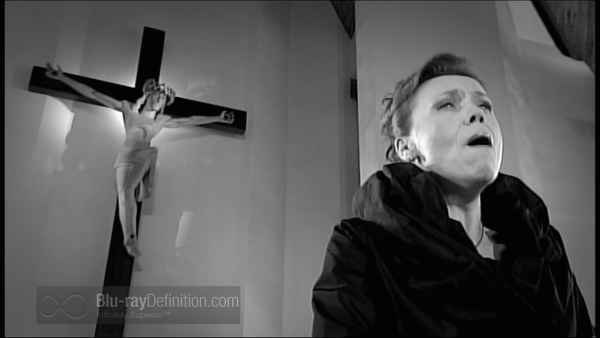 Lipinski provides a gorgeous red presentation case and a thorough program booklet containing essays on this work, its composer, and translations of the text. A 22-minute black and white featurette “Gorecki on the Third Symphony” (Polish LPCM Stereo 48kHz/16-bit) has the composer discussing his own work. 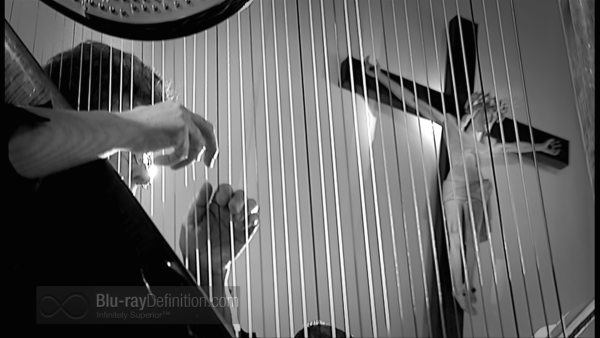 Whether or not Gorecki’s Third Symphony is “holy minimalism,” as some critics have described it, is beside the point. There is a depth of feeling in this score that relatively few modern works have approached before or since. The heart-felt nature of the songs is best illustrated by the tears that soprano Kilanowicz sheds after her final solo.  I first heard this symphony more than twenty years ago on a CD with soprano Dawn Upshaw, conductor David Zinman and the London Sinfonietta; I was completely overcome. While my emotions are now under better control, this performance was a welcome return to Gorecki’s simple but beautiful score. Even if you have any of the previous audio-only versions, seeing the composer directing his performers in a work that he created is inspirational. Some visual shortcomings aside, this is simply a must-own Blu-ray. 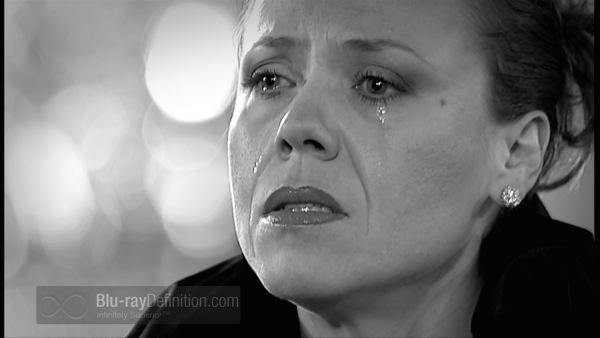 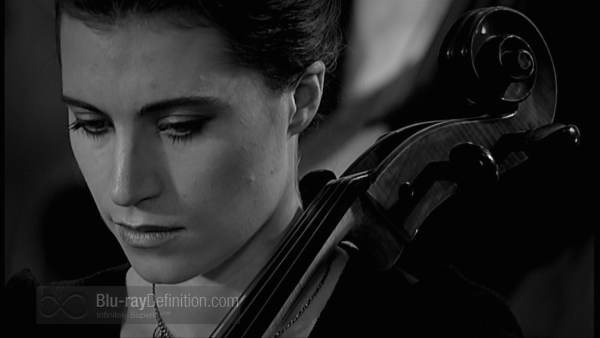 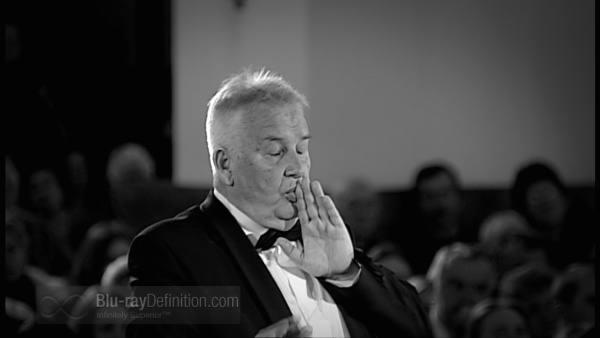 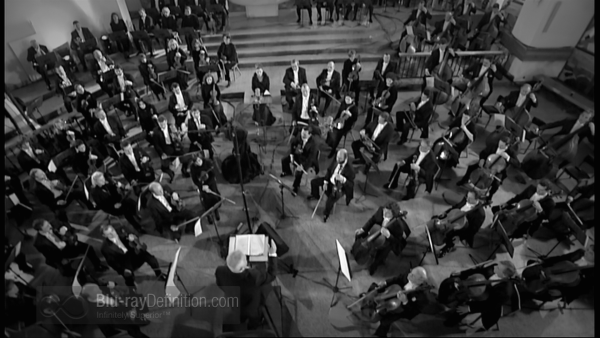 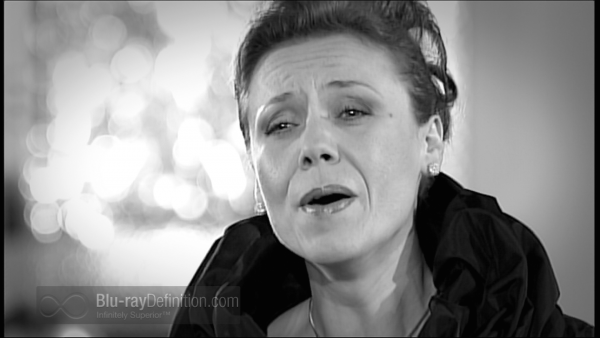