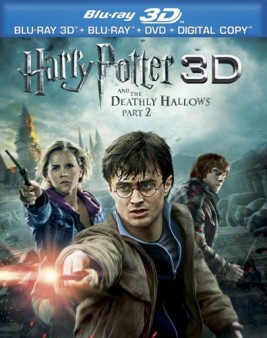 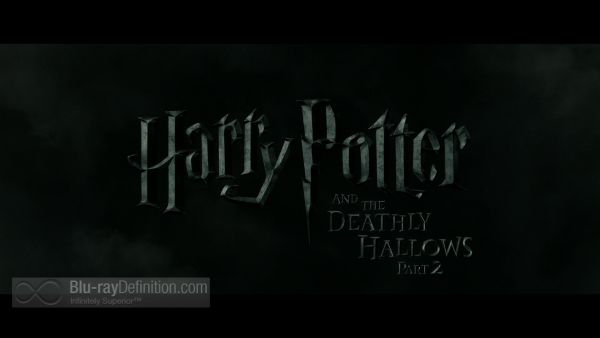 Harry Potter. Ask anyone, any age who Harry Potter is and they’ll probably tell you something relating to his story. Voldemort, Hogwarts, Wizardry, Magic, Fantasy, Action, Adventure, Hermione, etc. I could go on and on only to realize that Harry Potter has had an impact on the world of not only literature, but society and everything that encompasses it like few other novels have. The books have been written and have sold millions. The films have been shot and have made millions. Spanning nearly a decade, the 7 stories of Harry Potter have arrived in theaters to much acclaim. But finally, this is it folks. The ending to the Harry Potter film series.

For those unaware, this second Part of Deathly Hallows follows Lord Voldemort as his continues his quest to rid the world of Harry Potter. Potter, along with best friends Hermione, Ron and others, band together in hopes of defeating the evil Lord. Along the way, pain is dealt via a few deaths, love is seen via Hermione and Ron, and family is brought up via Harry’s connection to Hogwarts and, most importantly, Albus Dumbeldore. Director David Yates, who has helmed the past 2 installments, handles all of these emotions and topics with stunning perfection. Perhaps because of the British cast or rather Yates keen eye, whatever the reason may be I felt like I was literally watching the book unfold on screen. Past Potter films, while good, haven’t quite been able to do what Yates has accomplished here.

While I have thoroughly enjoyed the recent Potter films like Deathly Hallows Part 1, I found entries like Half-Blood Prince to be good, but lacking. I feel because I’ve enjoyed the books, I found the film counterparts (minus Deathly Hallows due to it being split into two films) seemed to miss the overall impact the books had. No, I’m not saying the films are bad at all. Rather when comparing them to their novel counterparts, they lack. I’m of the personal belief that ever since Prisoner of Azakaban, the films should have been either A) longer or B) two films. The books became longer, filled with rich detail; however, the films didn’t match the power the novels had. All this changed with Part 1 and now, finally, Part 2.

In the simplest statement, the entire film Harry Potter and the Deathly Hallows is exactly what the other Potter films should have been. This encompasses nearly all aspects of the novel (well, minus one questioning change toward the end) with perfect direction. Tackling all emotions with sincere honesty is something that other Directors just couldn’t do. Yates has brought to life the way Potter films should have been. This is THE one that defines the Potter series. 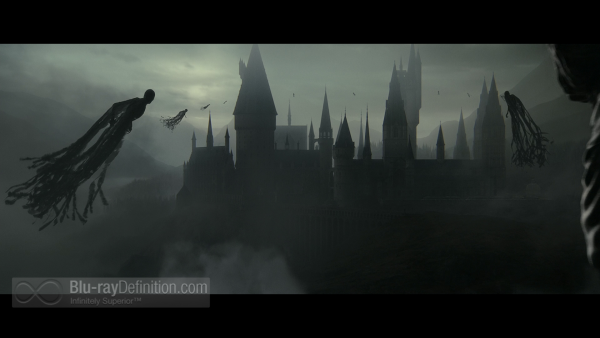 Harry Potter and the Deathly Hallows Part 2 arrives with a 1080p AVC/MPEG-4 encoded, 2:40:1 framed transfer that is just about perfect…2D wise. The film tends to use a rather dark color palette focusing on drab, life sucking colors. Blacks dominate this transfer, all of which look fantastic. Detail in the crucial low lit moments is top notch, whether close ups of Harry’s face or wide exterior shots of Voldemort’s army about to invade Hogwarts. Textures on the wide range of costumes are spot on. Take a look at the little fabrics on Voldemort’s robes. Truly impressive. Grain is kept in check as the transfer has a very natural, life like look to it despite a large amount of digital effects. DNR, EE or any other nuisances are completely absent giving this 2D transfer one that capture the essence of this dark tale.

Moving onto the 3D presentation. Well, I’ll admit the 3D of Part 2 is better than Part 1….but not by much. I find the real issue to be how the film was natively shot. Part 2 is even darker than its 1st part resulting in many a scene that loses detail. Now this may have been my display (Sony KDLNX720/Blu-ray 3D Panasonic) that causes the issue, but I’m more likely to point the fault on Warner deciding to convert Part 1/2 to 3D after the 3D craze began. Case in point occurs within 5 minutes of opening. As Snape walks upstairs, we lose a good amount of detail due to the low lit shots. It’s here that detail is lost and overall 3D depth feels cheap. Let it be known that everything isn’t a complete waste on this 3D presentation as there are several moments that 3D will look impressive to the average viewer (mostly during the ending battles where items zip and fly past us). Just this wasn’t as good as I had expected or wanted. 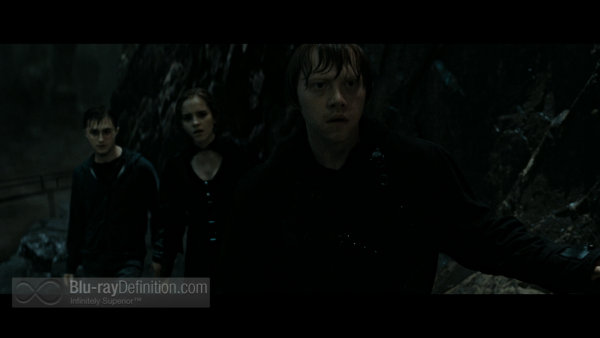 The film’s provided DTS-HD Master Audio 5.1 is excellent. Dialogue is well reproduced throughout via the center channel. The former Harry Potter films are well known for their use of atmosphere. Part 2 certainly doesn’t disappoint in this category. Sound directionality, whether the discrete effects of a spell zipping past us or background character dialogue, is well balanced. Pans between rears is spot on giving us a truly convincing sound field. LFE, thanks in part to the wonderful, magical score by Alexandre Desplat, is deep at times offering up solid response. One of my favorite sequences has to be the final battle between Potter and Voldemort. As something fans have been waiting to experience visually, the audio side of this epic confrontation hits it out of the park. This scene is a fine demo spot for anyone who may be on the fence about what lossless audio has to offer. All in all, the DTS-HD mix is the best Potter has ever sounded. 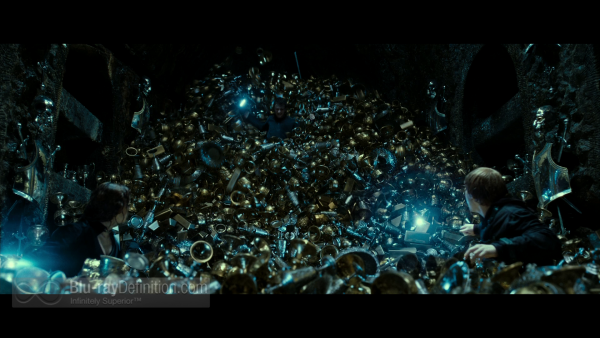 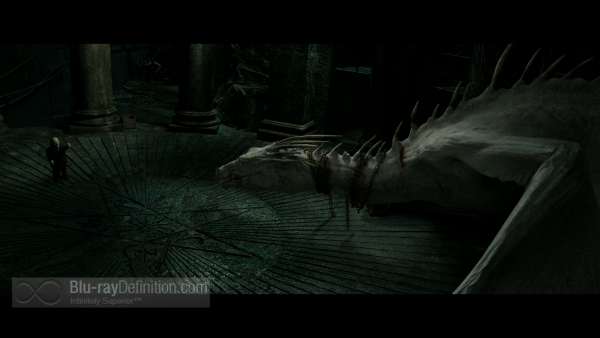 While I’m sad to see the Potter series end, I can’t think of a more fitting way for them to end. Director Yates has beautifully captured Deathly Hallows and all of its wide range of emotions perfectly. Warner’s Blu-ray 3D is equally as good with a fine 2D transfer, somewhat good 3D transfer, excellent audio experience and a bunch of worthwhile features. This one comes highly, highly recommended. 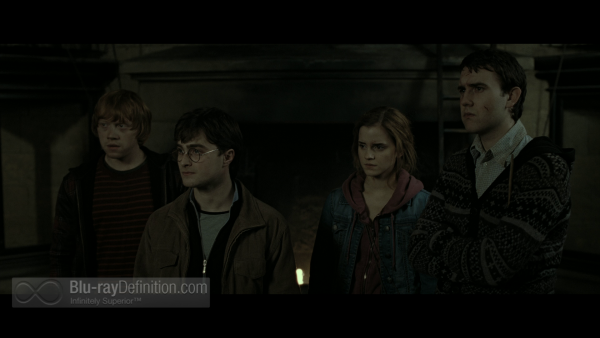 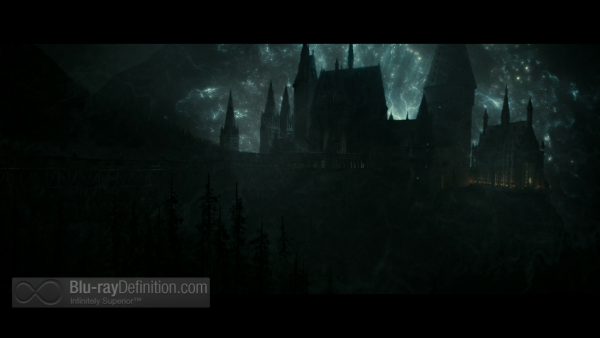 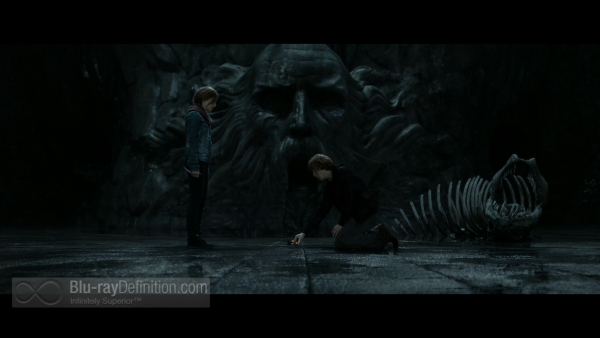 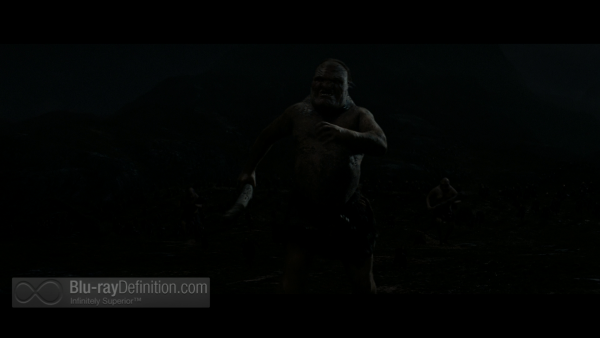 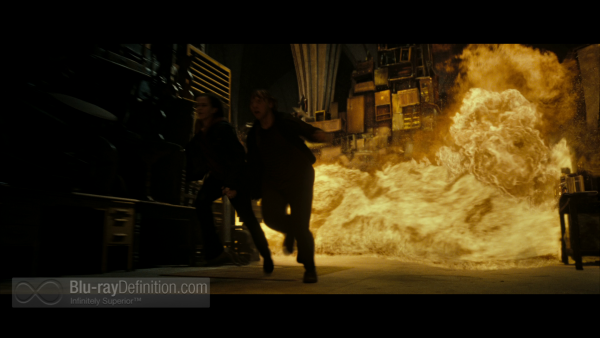 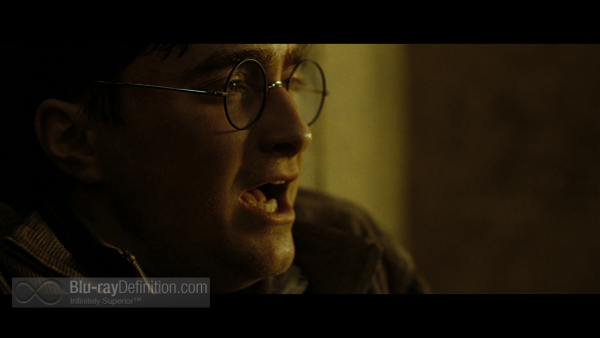 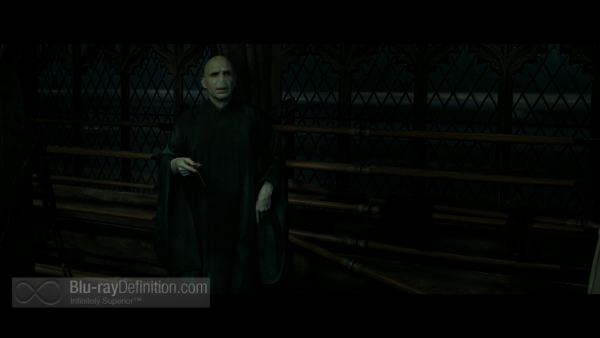 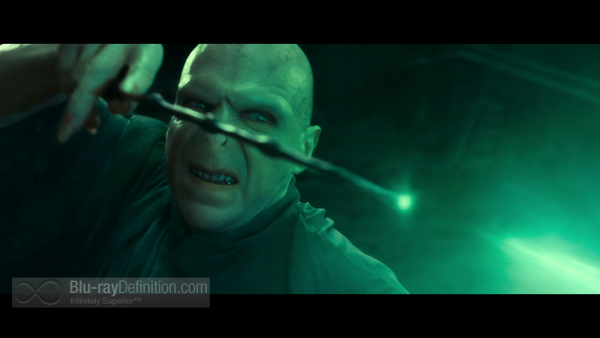