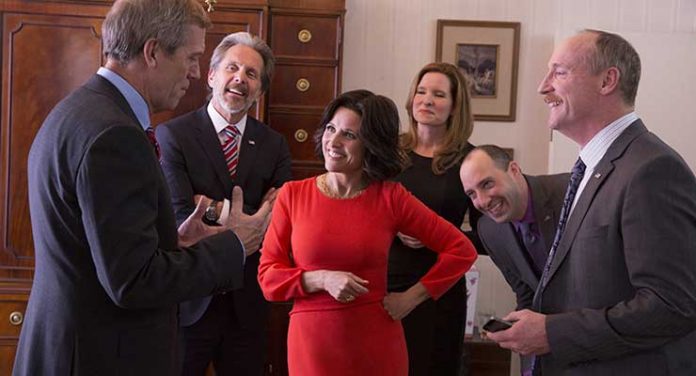 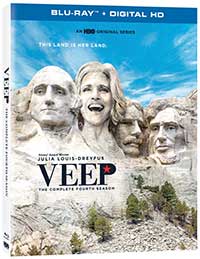 This is the fourth season for HBO’s witty political satire, and while the title of the series may not quite apply anymore the show hasn’t missed a beat. Selina Meyer (Julia Louis-Dreyfus) now after the country’s shortest-serving president William Henry Harrison, has stepped down. That doesn’t mean, however, that she is anymore more well equipped or her staff anymore serious at their jobs. In fact, over the course of season four’s ten episodes, Selina Meyer and her simultaneously dimwitted and cutthroat cabinet members and White House staff take her to the brink of perhaps becoming one of the country’s most short-lived presidents ever too, all while she has to run for election. Selina tries to push her “Families First” Bill to fund programs for low-income families, but thanks to her and her staff’s ineptitude, she inadvertently wipes out the $50 billion funding for

it in her State of the Union address when she is mistakenly given her predecessors old speech supporting a defunct military submarine program. Then her administration becomes embroiled in a data breach scandal when she inadvertently reveals the identity of a little girl with HIV. The season brings in the always fantastic Hugh Laurie as Selina’s newVice Presidential running mate and Patton Oswald as a sexually harassing member of the Vice President’s staff. It never fails to deliver the goods on exposing the absurdity, hypocrisy, and down right dirtiness, all with tongue planted firmly in cheek, of the world of D.C . politics.

Veep’s HD production, shot on the Arri Alexa Plus, really looks great on this AVC 1080p encoded 2-disc Blu-ray set from HBO Home Entertainment. Being a comedy, it may not have the “wow” factor of a big budget action film, but instead, it presents you with bright, natural colors, natural flesh tones, and a clean overall image free from compression noise, edge enhancement or motion artifacts.

There’s never been anything particularly special about the audio mix for Veep. The DTS-HD Master Audio 5.1 soundtrack is front-heavy and has very limited stereo imaging and surround effects. In fact, it is the most lively 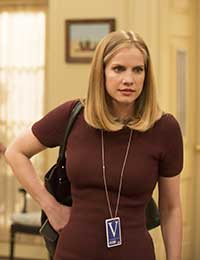 during the opening theme. Apart from that, it offers clear and natural dialogue with no hints of clipping.

The only thing disappointing about this fourth season set of Veep is how barebones the release is on Blu-ray. The deleted scenes aren’t necessary and aren’t all that funny pulled out of context. Some audio commentaries or interviews would have been nice to see. Otherwise, this was another hilarious season of what is a very intelligent political comedy.

Veep: The Complete Fourth Season (TheaterByte Blu-ray Review)
3.6 / 5 TheaterByte Rating
{{ reviewsOverall }} / 5 User Rating (0 votes)
HBO Home EntertainmentStudios & Distributors
281 Mins.Run Time
$34.98MSRP
1.78:1Aspect Ratio
AVC 1080pVideo
English DTS-HD MA 5.1Audio
TV-MATV Rating
The Creative Content
The Video
The Audio
The Supplements
Summary
Season 4 of Veep does not fail to deliver the laughs and the wit that have made the series a success in the past. If this Blu-ray release has a weakness it is in the limited bonus materials.
What people say... Login to rate
Order by: