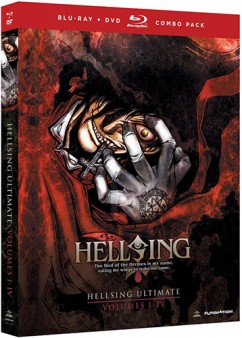 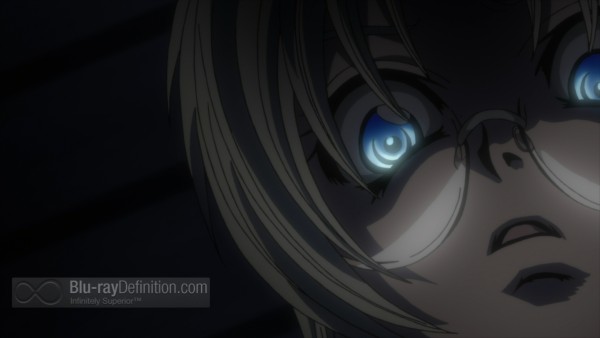 This OVA of Hellsing (ヘルシング) from Geneon more closely follows the original manga than the previous anime series by Gonzo directed by Umanosuke Iida with a screenplay from Chiaki Konaka. A horror/thriller/fantasy series with groundbreaking animation, Hellsing Ultimate follows the protestant Hellsing Organization headed up by the beautiful Integra Hellsing. Integra, a descendant of the famous vampire hunter, inherited her position at the head of the organization at the age of 12, and thereupon she released Hellsing’s most powerful “weapon,” Alucard. The ancient vampire, once known as Dracula, is now the property of the Hellsing Organization and fights for them, with Integra as his master, against zombies, ghouls, vampires and other supernatural creatures threatening the world. At the beginning of the series, Alucard turns the young “Police Girl” Seras Victoria into a vampire as he is rescuing her from the clutches of a vampire preparing to rape her and turn her into a ghoul. From that point on, she serves beside him in the Hellsing Organization as an increasingly complex threat is uncovered involving the Catholic Church’s Iscariot organization, a rival organization based in Rome. But as the series unfolds, it becomes clear that Iscariot may not be their biggest threat. A new threat emerges in the clandestine Millennium. The secretive organization of Nazis hiding out in Brazil since the end of the Second World War is bent on using vampires and ghouls to destroy Hellsing, England, and ultimately the mighty Alucard.

The characters in Hellsing Ultimate are gorgeously rendered. Each one has eye-popping design and the entire series is set against dense, detailed backgrounds. The score composed by Hayato Matsuo and performed by the Warsaw Philharmonic Orchestra is perfectly suited to the moody atmosphere of the series. This is definitely one of the more fantastic ones to come down the line in a long while and I was thoroughly engrossed, from the first episode right through the frenzied closing monologue from The Major in Volume 4. I can’t wait for the next collection. 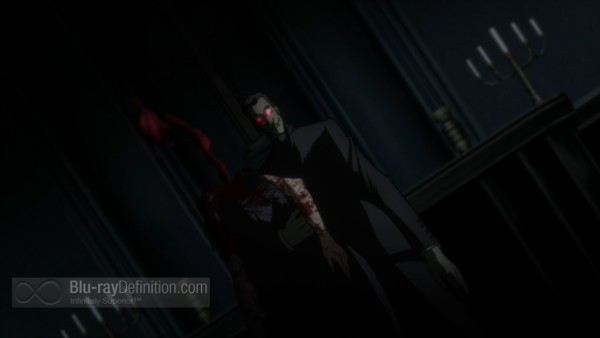 Hellsing falls just shy of being a reference anime release on Blu-ray due to the frequent appearance of color banding and some lack of clarity in midrange shots of the animation in this AVC/MPEG-4 1080p encodement from Funimation. Otherwise, the mid-bitrate encodement, which hovers around ~22Mbps or so is free from most major forms of artifacts such as posterization and aliasing, lacks any compression noise, and has rather vibrant color reproduction. Heavy doses of stylized “grain” and “noise” are often added, but these are artistic choices that add to the moodiness of the series, rather than detract from the video quality. 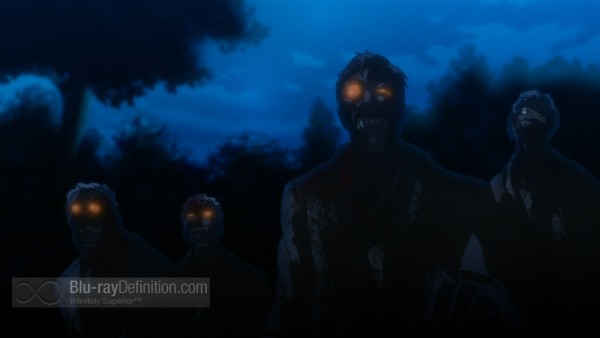 Audio is top notch and is offered in lossless 5.1 versions for both original Japanese and the English dub in DTS-HD Master Audio. It offers big, deep low frequencies, sweeping surround effects that encapsulate you in the world of Hellsing with the sounds of gunfire, the cock of a rifle, the thud of a punch, or whatever otherworldly sounds the creators can muster up. Dynamics are wide, high frequencies are natural and dialogue is clear. 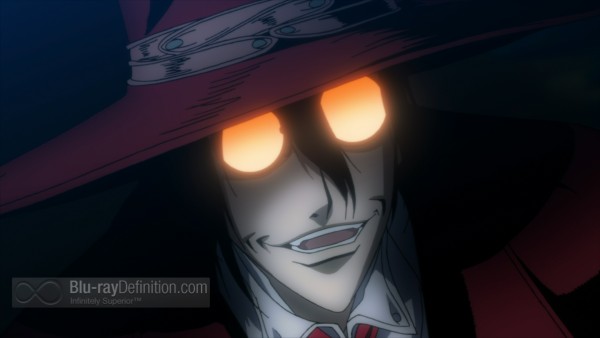 This set is more loaded than usual for a Funimation release, coming with an English commentary for each episode on Disc 1 and a separate Blu-ray Disc packed with supplements on volumes 1 through 4, including interviews with the English voice director and actors, Q&A’s from Anime Expo, and lots of promo videos. 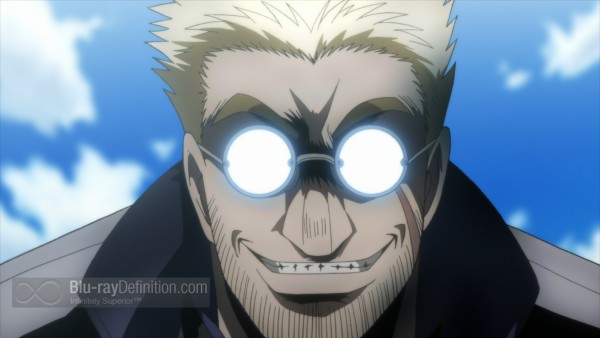 Hellsing Ultimate has you sitting on the edge of your seat and wondering what will happen next. It successfully mixes horror, action, and fantasy for a uniquely thrilling and engulfing anime experience. Highly recommended. 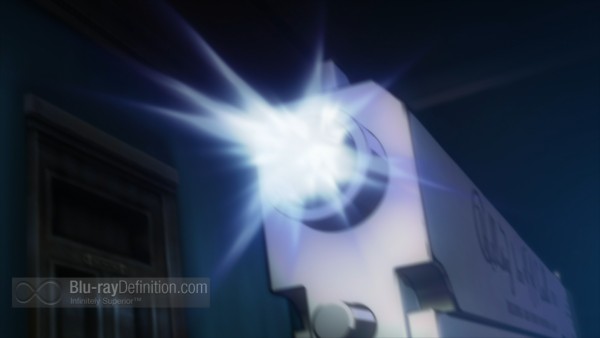 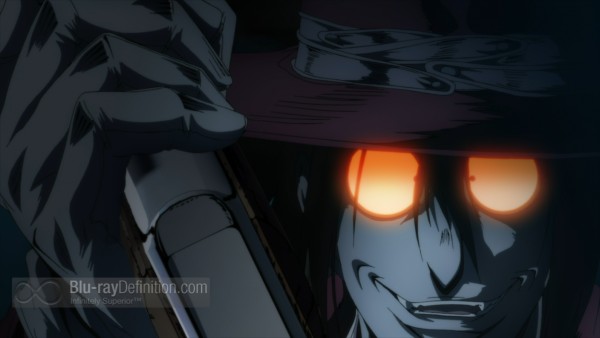 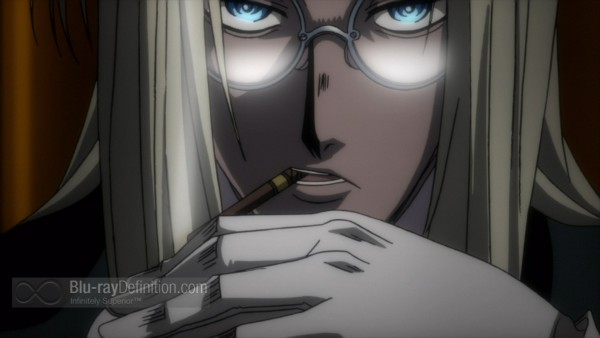 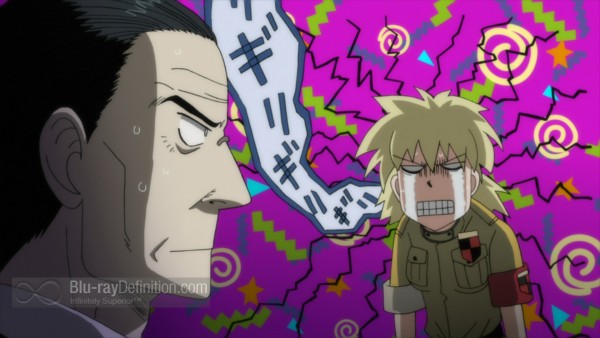 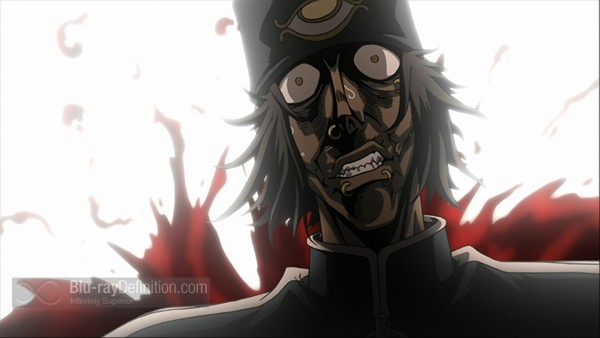 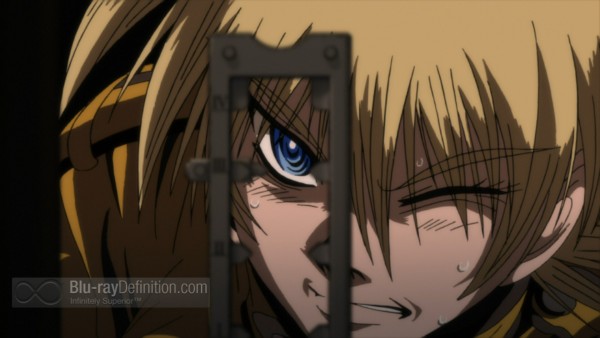 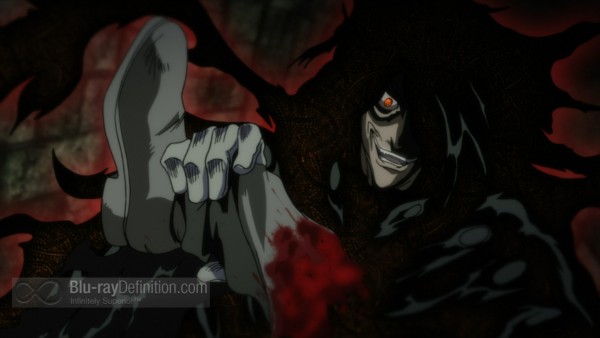 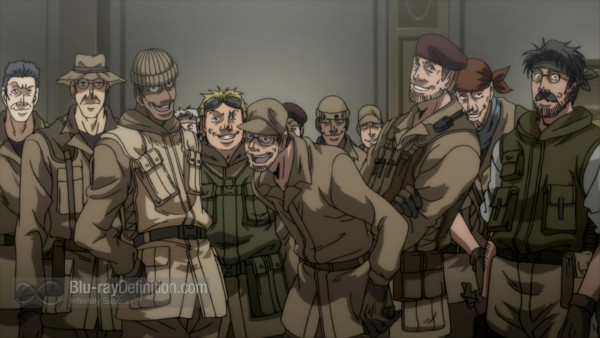 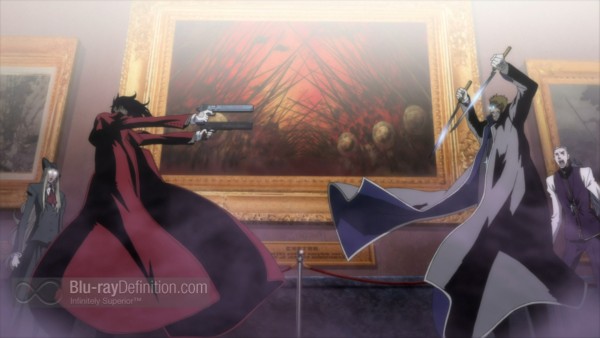 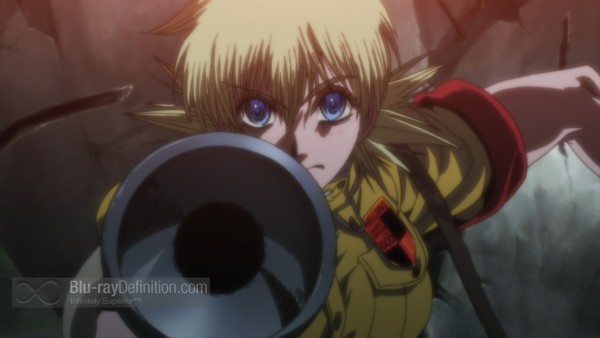 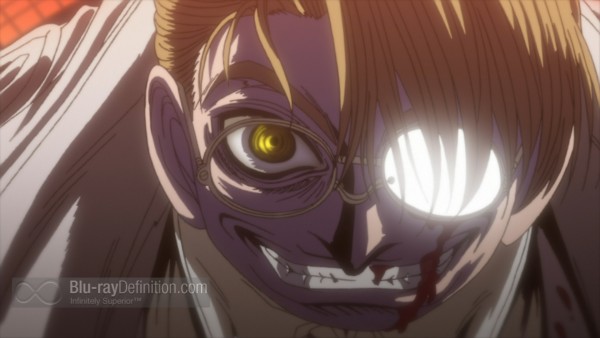 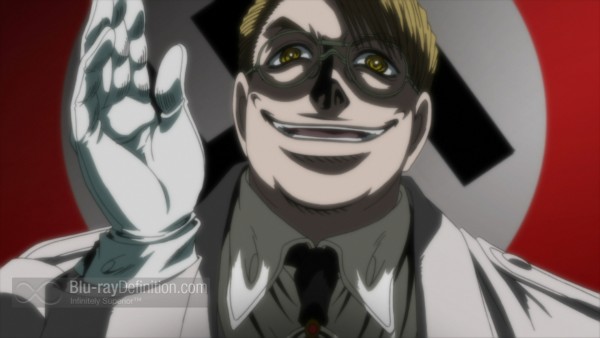