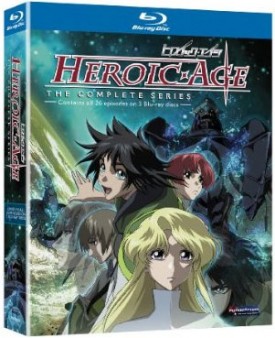 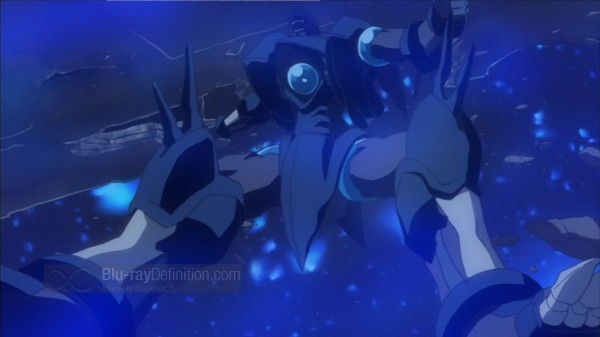 Directed by Toshimasa Suzuki, Heroic Age is based on a manga that takes its inspiration from the Greek myth of Heracles (or Hercules in Roman mythology) and his 12 labors. With its mix of Greek mythology, science fiction and the mecha style of anime, Heroic Age is sweeping epic adventure.

As the story goes, a great tribe known as The Golden Tribe with many incredible powers, such as telepathy, the ability to create planets and to foretell the future, called out to the Universe to find other tribes that they could pass their knowledge and powers down to before they moved on to another universe. Only three tribes responded, and these tribes would come to be called The Silver Tribe, The Bronze Tribe, and The Heroic Tribe.

Soon, an interstellar civil war would begin, instigated by the Heroic Tribe, and due to their monstrous strength and innate aggression, they destroyed a great many planets. Angered by this, the Golden Tribe would take the five surviving members of the Heroic Tribe and reduce them to nothing but tiny jewels that would be inserted into carriers from each of the other tribes, these carriers would be known as the Nodos. Meanwhile, one last tribe, late to answer the call of the Golden Tribe, would emerge. This would be Humanity, and they were endowed with the name, The Iron Tribe.

Thus, each tribe was given a Nodos and handed down prophecies by the Golden Tribe before they left the Universe. Each Nodos was assigned labors to complete for its tribe before its contract would be fulfilled to that tribe. Shortly after the Golden Tribe left, the Bronze Tribe would attack the Iron Tribe’s home world of Earth and conquer it, forcing the Iron Tribe to flee and seek refuge in safer parts of the Universe whilst searching for their Nodos, who was prophesied to be a messianic like savior of their Tribe.

Eventually, under the leadership of their Princess, Dhianeila, and her emrging powers of telepathy, the Iron Tribe would find their Nodos, a feral boy named Age, raised by his father and the Golden Tribe on abandoned world named Oron. Together with the Heroic Tribe member inside him, Bellcross, Age would have to execute the 12 labors assigned to him to help the Iron Tribe fend off the alliance of the Silver Tribe and the Bronze Tribe looking to wipe the Iron Tribe out of existence and lead the Iron Tribe back to their home planet of Earth.

Heroic Age is an adrenalin rush filled with raging battles, nonstop action. The mythos of Heroic Age makes it more than just mindless action. It is cerebral, yet fun. 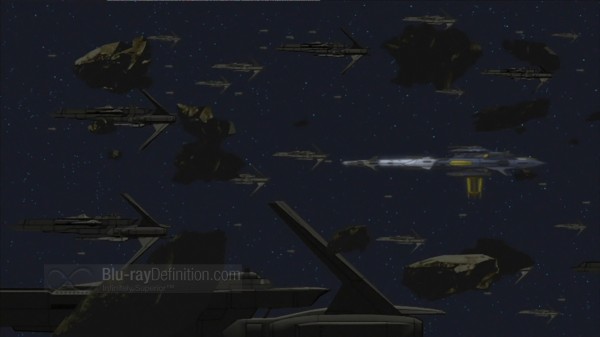 With an AVC/MPEG-4 1080p encoding in a 1.78:1 aspect ratio, Heroic Age continues the same rather disappointing level of quality from the Funimation box sets that we have seen of late. Detail is very soft and the image suffers from aliasing, jaggies, pixalization, and a lot of video noise apparent particularly in the many scenes of dark starry space. 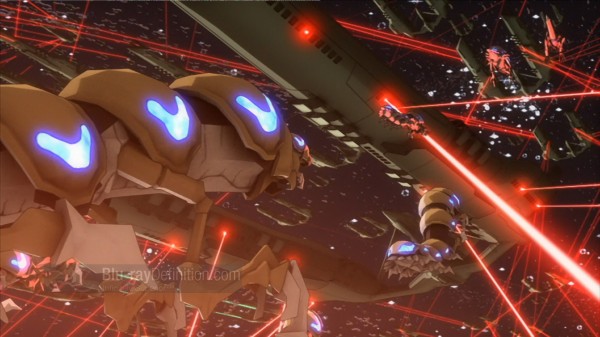 English Dolby TrueHD 5.1 and Japanese Dolby Digital 2.0 audio options are provided on this release of Heroic Age. The English 5.1 mix is aggressive mix to be sure with sound constantly in every channel. The battle sequences are loud with lots of low frequencies and discrete panning through the surrounds, but separation of sounds isn’t very distinct. The sounds all seem pushed and too up front without much dynamics, as if everything is fighting for the same position in the mix. I have to lower this a full 5db below my normal listening levels to attain a comfortable level of playback. Dialogue is clean, but it does sometimes get a little lost in the more active scenes. 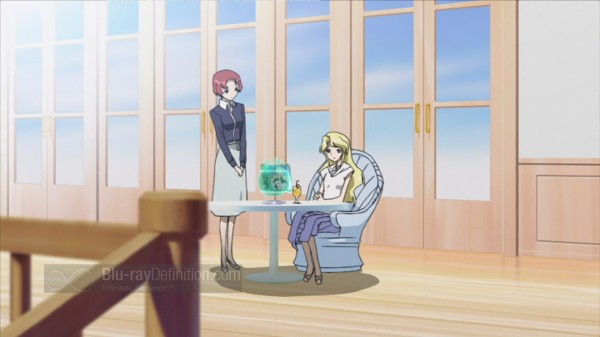 26-episodes and the supplements included in this set are incredibly weak — no commentaries, featurettes or interviews, just trailers and the opening and closing theme songs without credits. They might as well have not included a thing. 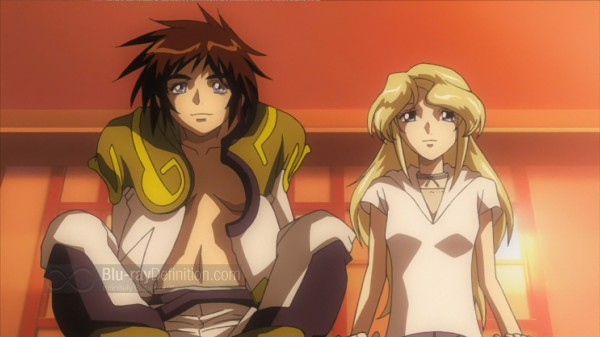 Heroic Age is a splendid anime series that melds the best of science fiction, fantasy, mecha, and bits of mythology into an epic tale of heroism. The Blu-ray set from Funimation, despite its barebones nature and video flaws is still quite an enjoyable watch. 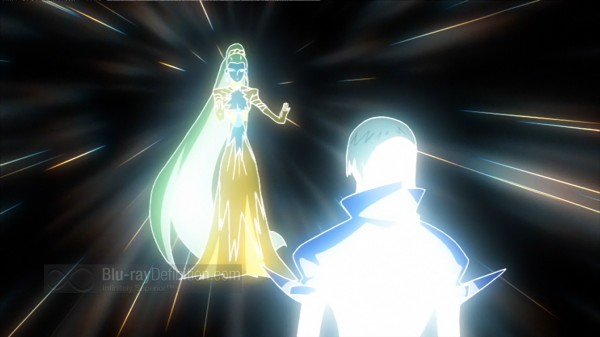 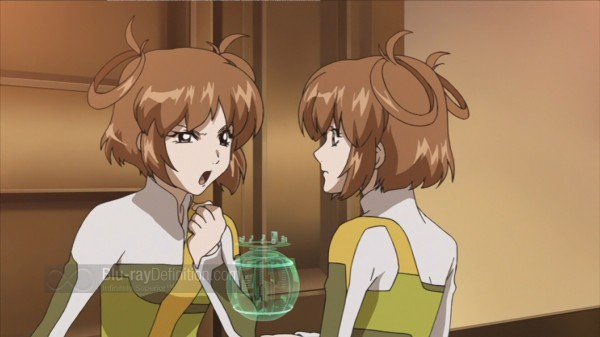 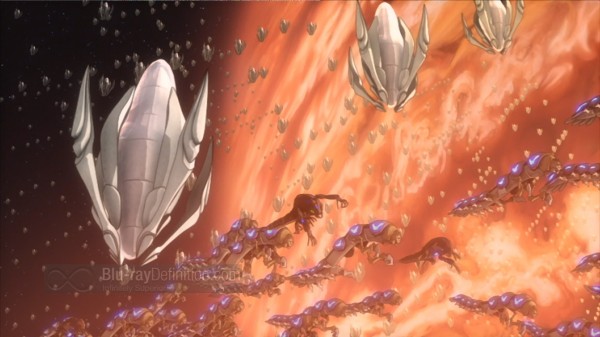 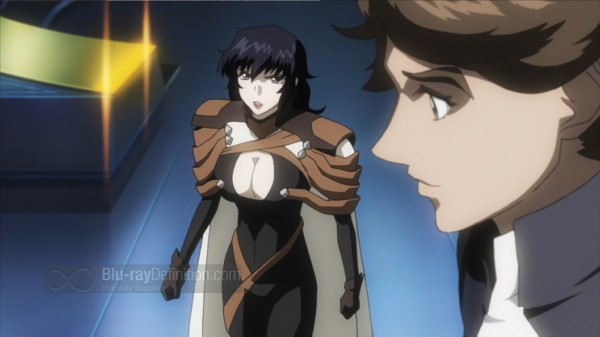 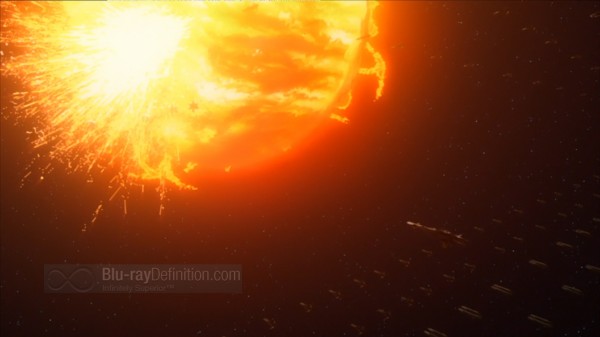 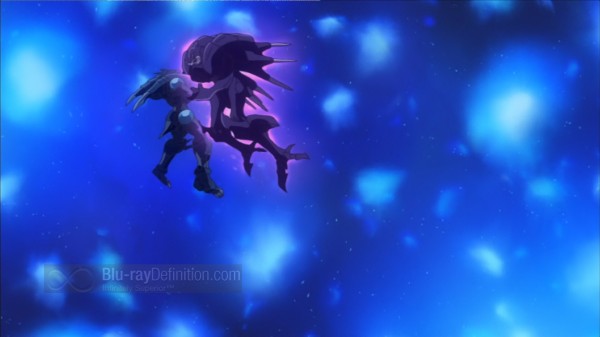 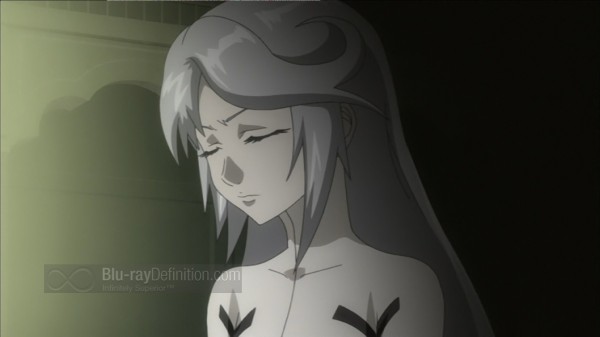 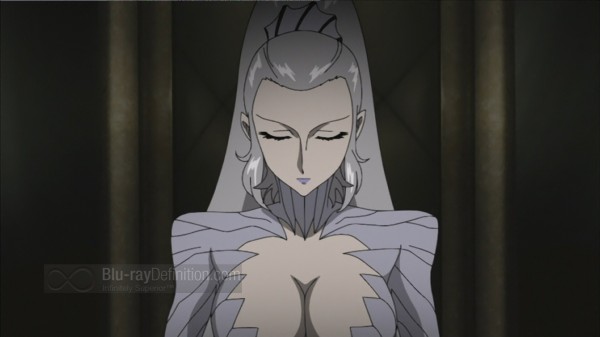