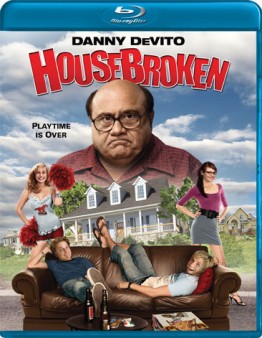 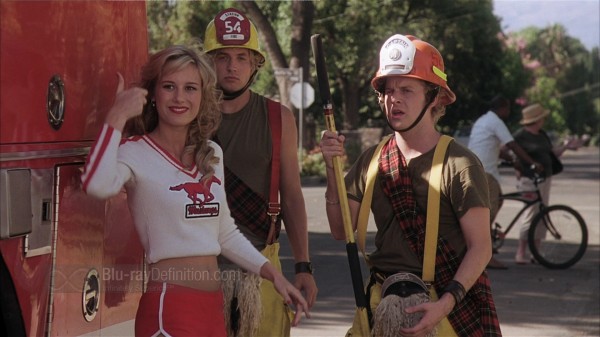 If ever a movie existed to merely meander on with inane, cliché, and boorishly stereotypical humour, then Housebroken is it. It seems to be one ninety-minute string of loosely tied together vignettes that throw together every gross out trick in the book in an attempt to desperately amuse, but it instead falls flat, becoming quite dull within minutes.

Danny DeVito is given top billing here in this comedy that finds a retired fire chief kidnapping his wife (Katey Sagal) away to a camping trip in order to leave his two twenty-something sons alone in the house with no food and no money in order to teach them responsibility, and give them a push, or, rather, a kick in the butt out the door.  The real stars of the film, however, are Ryan Hansen and Skylar Stone as brothers Elliot and Quinn, as they get the bulk of the screen time and they spend most of it mugging in a suspended state of adolescent idiocy. It’s like a drug flick without the pot.

The two brothers at first stumble out the gate, with no idea how to get by, pay for food, or even pay the bills, until they stumble onto the idea of renting a room in the house to brother Elliot’s (Hansen) longtime crush, the perpetually between jobs Suzy (Brie Larson).

The movie is a constant barrage of pointless sex jokes, fart jokes, jokes on bodily fluids, and your usual caricatures, like the ditzy and sluttish cheerleader, the flamboyantly gay friend, and the oddball socially inept friend. Many of these characters you’ll find in any teen film from the 1980’s on, probably executed to a much better degree.

The roles of DeVito and Sagal seem merely tacked on for the star power effect of having their names on the bill. If you really want shocker comedy, then anything by Judd Apatow would serve much better than the nonstop boredom of Housebroken. 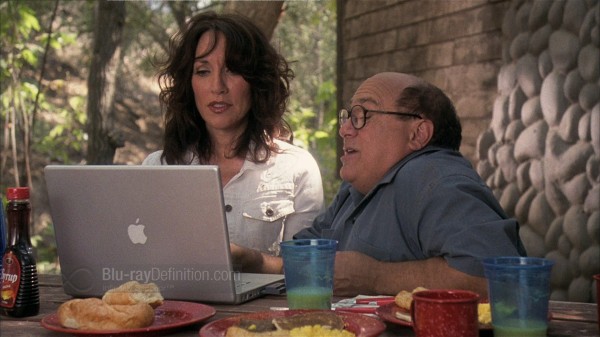 The obviously low budget production qualities for this film do not lead to a great high definition presentation on Blu-ray and the low bitrate AVC/MPEG-4 1080p encoding can only be making matters worse. The video quality for this release is really all over the place. There are a few moments where the close-up shots look vivid, sharp, and detailed, but for the most part, the picture is murky, soft, and suffers from some slight video noise. There is also some vertical film judder early on that doesn’t help matters. I don’t think anyone will be pulling this one out as a reference to show off  the new display anytime soon. 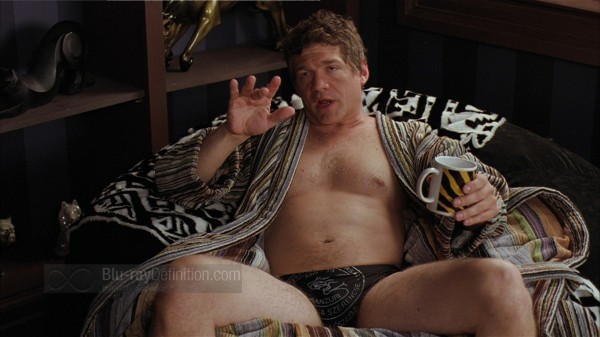 The English DTS-HD Master Audio 5.1 (48kHz/16-bit) soundtrack is only slight improvement over the video encoding. There is some obvious clipping in dialogue sporadically and the surround channels are used for basic ambience that does help open up the sound a bit, but high frequencies sound a bit rough. There’s not much to this soundtrack at all and low frequency extension is nearly non existent. 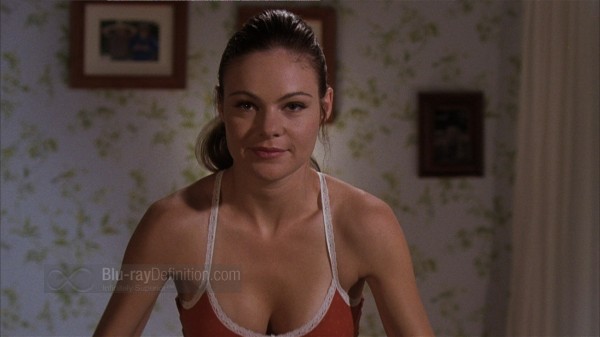 Even the supplements add nothing much more pertinent to this release and unless you want more fart jokes, stay away from the “Dance Rehearsal.” 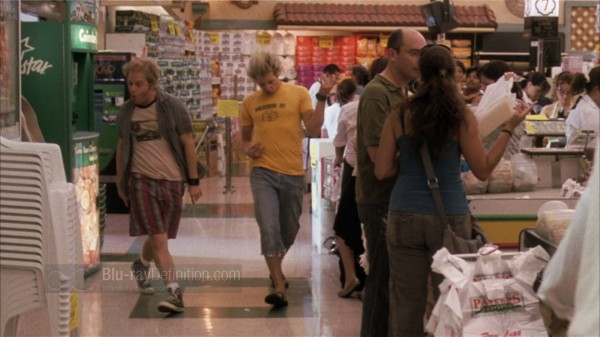 With a boring and pointless attempt at comedy that riffs on every well-established cliché in the book and a well below average presentation on Blu-ray for even a comedy, I can only recommend to pass this one by. 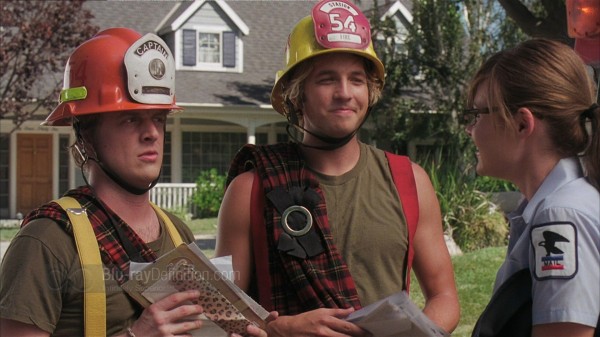 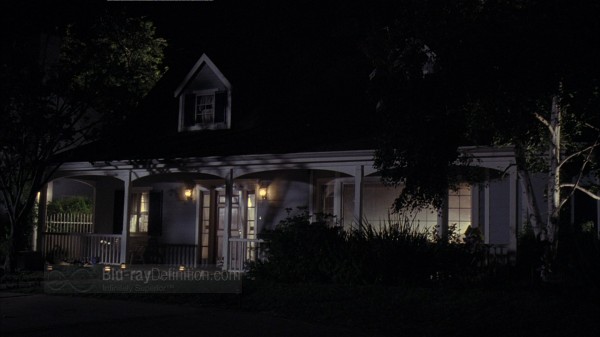 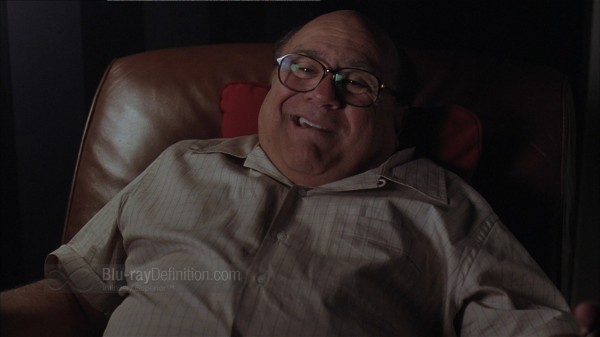 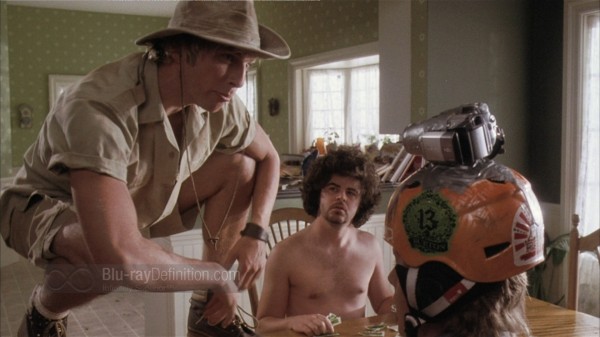 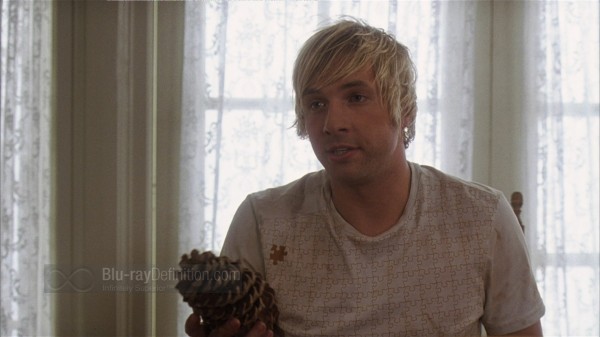 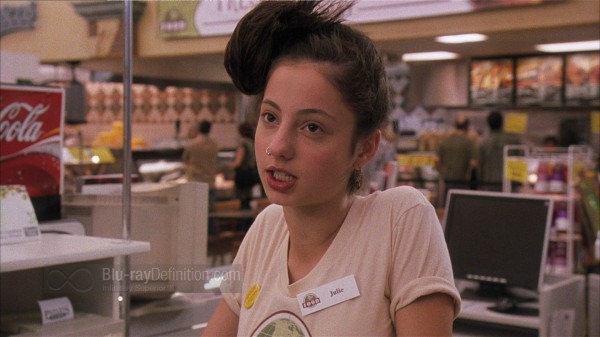 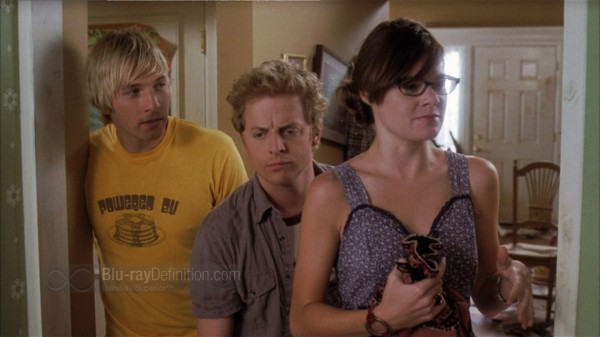 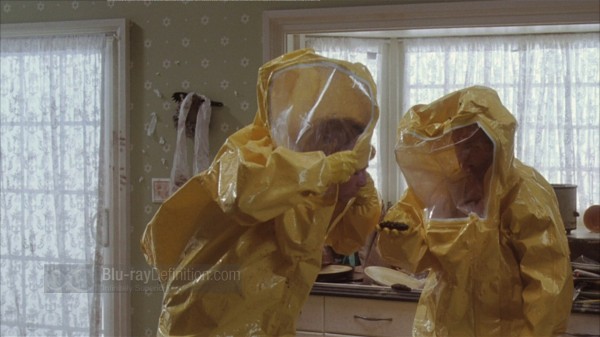 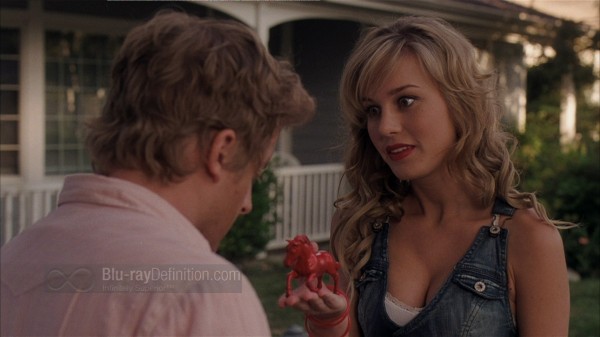 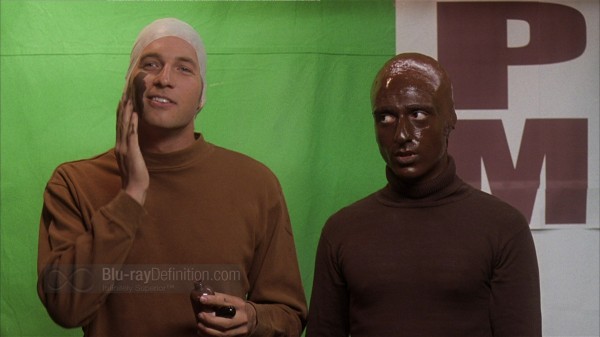 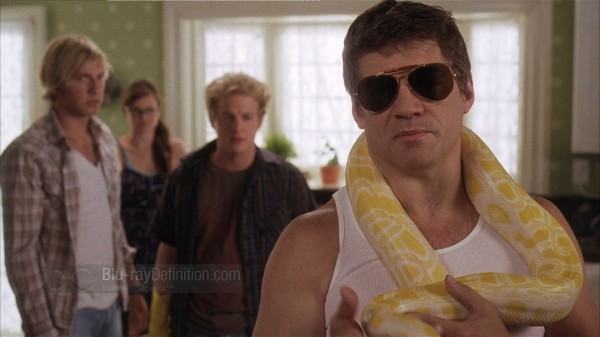