The latest stop-motion animated feature from animation studio Laika is Missing Link (Coraline, Kubo and the Two Strings). This one follows the story of Sir Lionel Frost (Hugh Jackman), an English adventurer who wants to get into an exclusive explorers’ society and his only way in is to prove the existence of big foot.

Frost heads to the Pacific Northwest and tracks down Mr. Link (Zach Galifianakis), a Sasquatch who needs help finding his distant Yeti relatives in the mythical valley of Shangri-la. Frost agrees to help Mr. Link find his distant relatives along with the help of the gung-ho adventurer Adelina Fortnight (Zoe Saldana).

Missing Link looks beautiful. At times it is hard to believe it’s stop-motion, as the film comes across like a 3DCG film, showing how far even this traditional artform has advanced in this technological era. That said, the film is far from the strongest film to come out of Laika. Even in comparison to the previous Kubo and the Two Strings, the story here feels half-baked and none of the characters, not even Mr. Link, have readily worked their ways into our hearts.

The film is funny, but mostly on a one-dimensional level with its sight gags and physical humor. Galifianakis obviously is far too constrained in his humor in the family-friendly film, so his portrayal of Mr. Link comes across as pleasant and likable enough, but not necessarily gut-bustlingly funny.  Meanwhile, there’s no unpredictability in this screenplay and it treads careful ground, making for a beautiful, solid film, but one that hardly lives up to this studio’s or its immediate competitors’ level of quality. 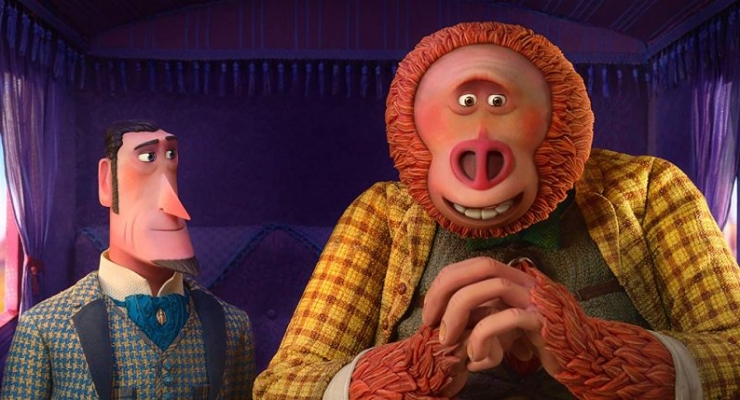 Missing Link arrives on Blu-ray in a gorgeous AVC 1080p encodement framed at 2.39:1. There’s nothing to complain about here – superb colors, crisp details, and a clean image that looks fThe Audio

The film gets an immersive Dolby Atmos mix on Blu-ray that is dynamic and makes decent but not great use of the overhead channels. There are some moments where there is full-on immersion and others where the mix is quite subtle, but one thing is for sure, this is much better mix than we get out of Disney and their various animated or otherwise releases these days.

The release comes with a variety of HD special features and an interesting audio commentary from writer/director Chris Butler.

A pleasant but predictable animated feature that will provide some amusement for younger kids but leave the rest of the family unphased. The Blu-ray is a reference quality release with a flawless image and solid Atmos audio mix.