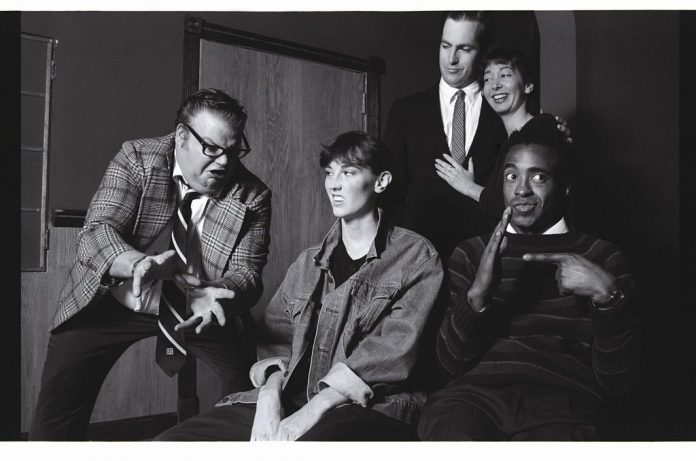 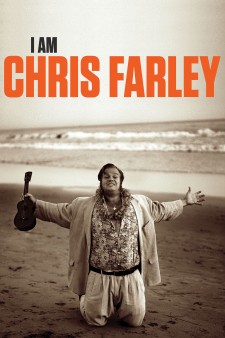 American Comedian Chris Farley was only 33 when he died of a cocaine and morphine overdose a few days before Christmas in Chicago in 1997.

The new documentary I am Chris Farley tells his rapid ascent to stardom and his even quicker descent to a life of alcohol and drugs, and eventually to an early death.

I am Chris Farley was made in conjunction with the estate of Chris Farley, so the producers had access to all of the relevant people in Chris’s life, including his family, friends, and fellow comedians and television co-stars. From his days as an unknown comic at Chicago’s Second City Theatre (where lots of famous comics got their start), from where he was plucked to be on the popular NBC sketch comedy show Saturday Night Live (SNL) for five seasons, to eventually following the path of former SNL’ers to star in movies. Chris’ brother Kevin Farley (who is a producer of the film and also a comedian) reminisces about his brother Chris during his stand up comedy act. Kevin then talks about their lives growing up in Madison, Wisconsin, where they had a normal life, with a father who gave his boys a lot of freedom. Kevin talks about Chris’s life in high school and college and laughs about the way in which Chris would throw himself to the ground and do pushups to impress women. While Chris did graduate from college and worked for a time for his father at the Scotch Oil Company in Madison, he didn’t get his professional start in comedy until he joined Ark Improv Theatre in Madison. It was clear then that Chris was the stand out star, footage from his shows display a comedic style that surpassed his costars. Even when he went on to be part of Chicago’s Second City Theatre, his on stage presence was larger than life. But it wasn’t until he got to SNL that he was able to display his true comedic talent, with the aid of professional comedy writers in an intense weekly live television show setting.

Farley was a member during one of SNL’s peak times, and his fellow cast members included Adam Sandler, Mike Myers and David Spade. Not only did Chris outshine and outperform his fellow cast members, he was the one who provided the huge laughs on the show, whether in his role as ‘motivational speaker,’ to a skit where he auditions for Chippendales alongside host Patrick Swayze (in which Farley takes off his top to reveal a huge belly), to any role that he was given, Chris was truly the funny man. But according to the people who knew him, he was also a softie, a very sincere guy who would take a liking to everyone, and everyone would take a liking to him. SNL creator and Executive Producer Lorne Michaels talks, at length, about how he mentored Chris in his early days of being on the show. Myers talks about the times they spent together on the set and how Chris was the nicest and most sincere guy there. But it’s David Spade who brings the best of the memories of Chris in the film; they both started at SNL at the same time, so they shared the incredible feeling of being first-timers on the historic television show.

Spade mentions many funny moments he and Farley shared together on the set, including the many times when Chris would walk into his shower at work, stark naked (with his penis tucked in) and proceed to give Spade a huge hug. Spade says this was just the kind of man Chris was. Spade and Farley would eventually break out of television and into films. And after they were released from their SNL contracts in 1995, they made the films “Tommy Boy” and “Black Sheep”, both critically panned, but made lots of money. In between these films, Farley’s personal life was not as shiny as his professional life. Drug and alcohol problems led him to rehab an astonishing 17 times. Michaels was instrumental in trying to help Farley overcome his habit, but it was a demon that Farley was unable to kick, which led to his premature death where he was found on a linoleum floor in his apartment in Chicago. Eerily enough, John Belushi, another overweight comedian who got his start at SNL and became a huge movie star (Ghostbusters, The Blues Brothers), also died at the age of 33, of a cocaine and heroin overdose, in 1982.

I am Chris Farley is a “best of Chris Farley” documentary that shows the best of his professional work. We are also treated to his spot on the David Letterman Show where he bounds onto the stage, making sure you knew he was in the room, his hair all over his face, clenching his fists, and then, in true Chris Farley fashion, falling over backwards in his chair. While the documentary doesn’t really explain why Farley got involved in alcohol and drugs in the first place (perhaps no one knew), it’s a very good tribute to a celebrity who died way before his expiry date. “There’s a category of people who I’ve worked with who are infuriatingly talented”,  Michaels says, “and Farley was one of them.”