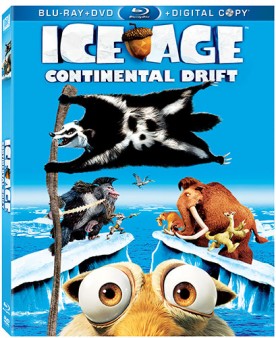 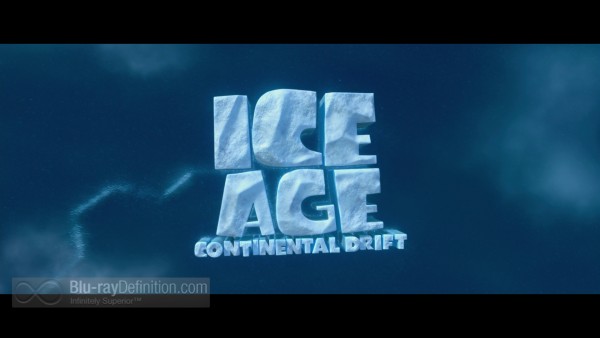 20th Century Fox return to the multi-billion dollar money producing well that is the Ice Age franchise for a fourth go with Ice Age: Continental Drift. The films have been a whopping success around the globe, the last one raking in nearly $1 billion dollars, so there’s really no doubt about why this incomprehensibly bland and repetitive series keeps being remade with only incremental changes added to the story along the way.

The fourth entry gets started with fan-favorite Scrat starting a global crisis when his acorn obsession sends him falling into the Earth’s core causing worldwide earthquakes that kick-off the continental shift that will separate Pangea into its several parts. Wooly Mammoth Manny (Ray Romano) is set adrift on an iceberg, separated from his wife Ellie (Queen Latifah) and his rebellious teenage daughter Peaches (Keke Palmer). Along with his ever loyal companions Sid the sloth (John Leguizamo) and Diego the sabertoothed tiger (Dennis Leary) he must face an adventure on the high seas, facing off against a band of dangerous pirates led by an ape (Peter Dinklage) and sea creatures while trying to make his way back to his family. Meanwhile Ellie and Peaches help lead the rest of the animals to the land bridge before it’s too late while trying to find Manny. As Ellie and Peaches continue their search for Manny, Peaches has found herself a new crush in a handsome young mammoth, but it causes her to turn her back on her best friend Louis the mole hog (Josh Gad) in order to gain acceptance to his group of friends. On the other end of things, macho Diego might finally have had his heart softened by one of the pirate ape’s minions, a pretty tigress named Shira (Jennifer Lopez).

Generally speaking, Ice Age: Continental Drift has everything a family could want in an animated feature. The eye-popping visuals are all here, numerous action sequences that put our beloved friends in life-threatening (but not too scary) binds take place and life lessons are offered on the importance of family, friendship, kindness, and being true to oneself. The problem is, this is all paint-by-numbers and fill in the blanks with something just different enough to qualify it as a different work. We’ve seen this all before in each film that came before it in this franchise. Even the completely out of place adventures of Scrat are beginning to wear thin this fourth time out. This is a franchise that probably should have ended after the first film, or, to stretch it, the second. Be that as it may, you’ll not find anything to really hate about Continental Drift, it just may cause strong feelings of déjà vu. 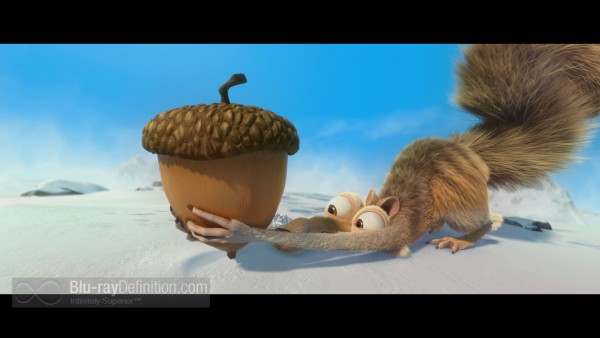 What else can you really say about this AVC/MPEG-4 encodement from a completely digital source other than it is pretty much flawless? There is no shimmering or aliasing noticeable in the CG animation, the detail is crisp and colors are vivid. 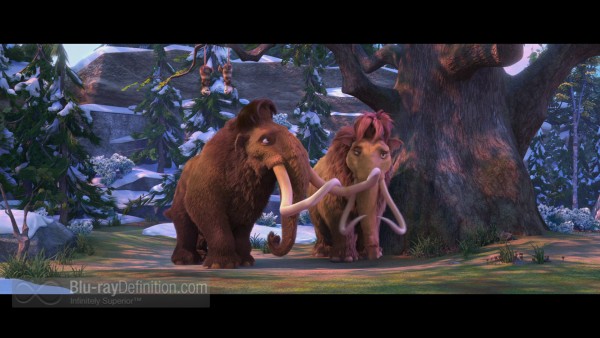 An English DTS-HD Master Audio 7.1soundtrack is offered that really engulfs you in the frenzied world of Ice Age, from the big, extended low end, to the active use of the surround and back channels and directional panning across the front. Dialogue is crystal clear and upfront in the mix at all times and everything sounds natural and spacious. 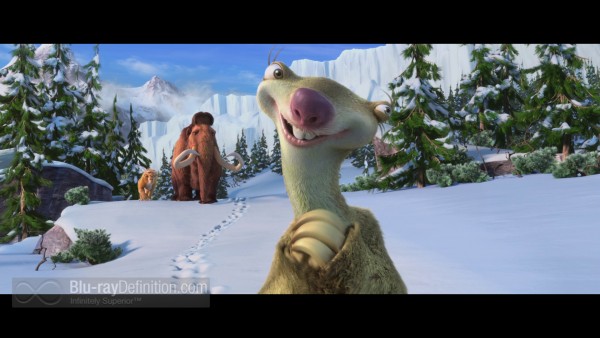 From interactive apps to an enhanced viewing mode, this set is loaded with extras for kids and adults to enjoy. 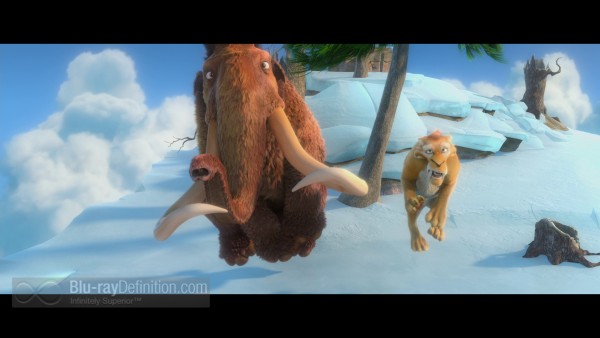 And the story continues on with Ice Age: Continental Drift. If you’ve seen the others, then you have a good idea already what you’re in for with this one. The Blu-ray is a wonderful home theatre treat nonetheless. 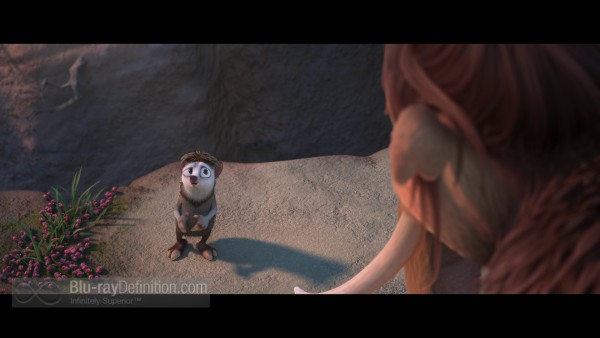 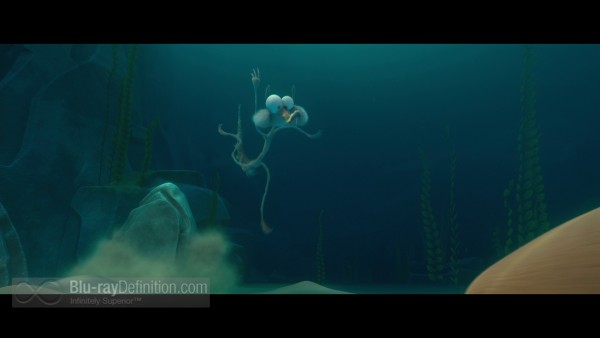 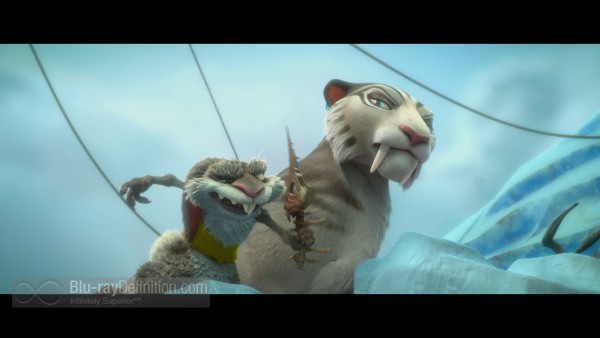 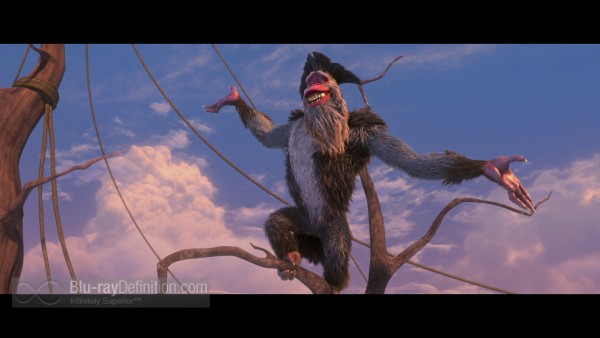 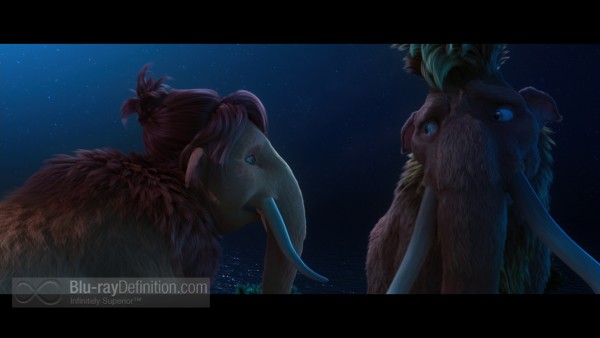 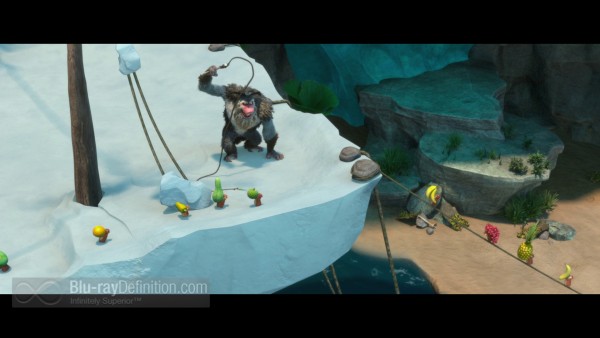 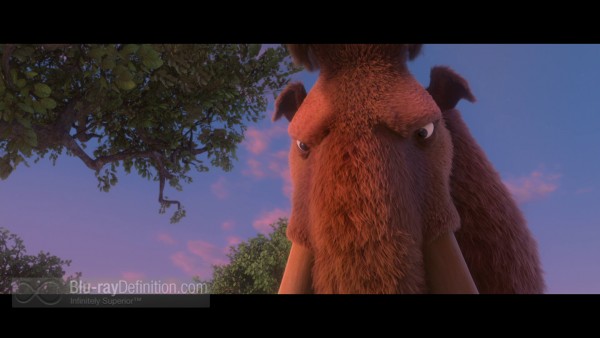 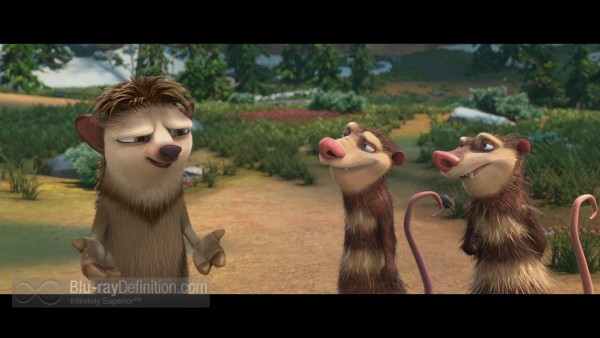 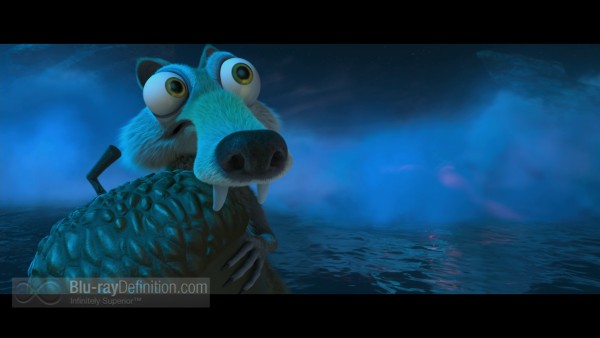