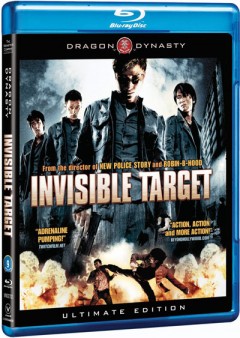 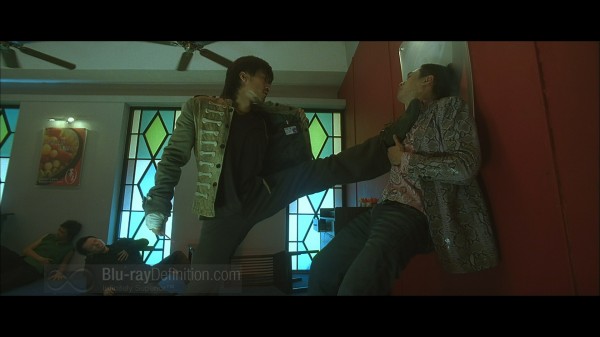 This is what Hong Kong cinema is all about, although there’s really nothing new offered in Invisible Target. All the action is there, right from the beginning and it hardly lets up. Sure, the story may have you thinking you’ve seen this movie before — the corrupt cops, the bad guys after their money, the good cops bent on revenge, all the kung fu in between — but no action lover can deny the appeal of these films.

This time around three cops are after a gang of thieves who pulled an armored truck heist six months earlier and they each have their own reasons for the pursuit. Detective Chan (Nicholas Tse) wants revenge because the explosion from the robbery killed his fiancée, Officer Wai King Ho (played by Jackie Chan’s son Jaycee Chan) wants to arrest them because they killed his brother who was on an undercover mission, and Inspector Carson was embarrassed by their leader during traffic stop.

The gang’s leader Tien (Jacky Wu) is on a killing rampage looking for his money and the person who betrayed the gang to the police during their robbery, while the three cops are on his trail. Of course, this means lots of fights, lots of wicked visual effects, and lots of stunts — most of them performed by the stars themselves. That’s the thrill of Hong Kong cinema. Try finding a Hollywood star who will throw him or herself in front of a moving double-decker bus or roll through a fire and you’ll be hard-pressed, I guarantee.

Invisible Target does get a bit convoluted and it telescopes its plot twists, but it’s still a thrill ride that will not disappoint action fans. 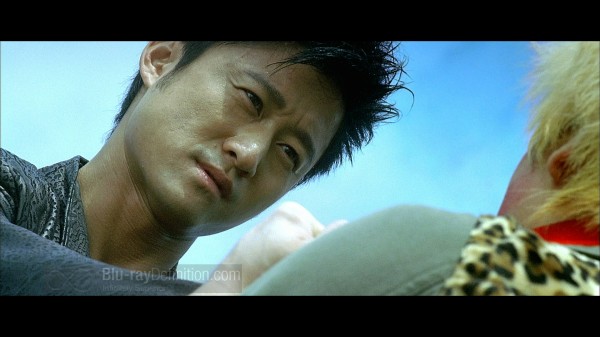 Although the 2.35:1 AVC/MPEG-4 encoding looks film-like and pretty clean throughout with plenty of detail extended well into the background, the encoding suffers from some obvious compression noise which can be seen most clearly in the daytime blue skies and in dark shadowy areas. Outside of those issues, shadow detail is strong and contrast doesn’t clip offering a bright and detailed image with strong, natural color reproduction. 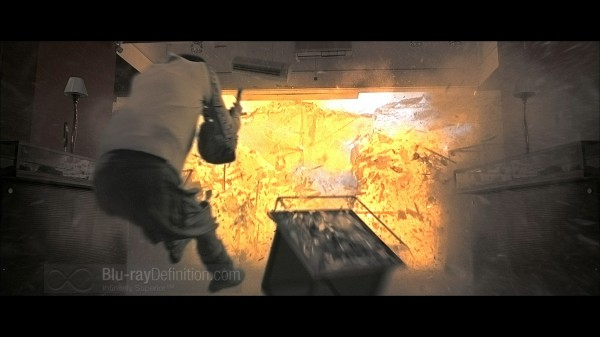 There is no lossless track provided on this release, but at least, unlike the previous Dragon Dynasty release I reviewed, An Empress and the Warriors, the original Cantonese soundtrack is actually provided rather than a Mandarin dub, alongside an English dub.

The Cantonese soundtrack is offered up in two lossy varieties, a Dolby Digital 5.1(448kbps) mix and a DTS 5.1 (768kbps). I chose to listen to the Cantonese DTS 5.1 mix as the reference for this review. It’s a fairly aggressive mix during the action sequences, which is the majority of the film, but when the film slows, the surround channels become rather dry and inactive.  Low frequencies are very extended, so the onslaught of explosions will rattle your floorboards and just about every kick and punch lands with “oomph.” The mix does suffer, however, from a bit of clipping in the dialogue and the high end is fatiguing, which, in a film with lots of gunfire and shattering glass becomes a nuisance in a hurry. 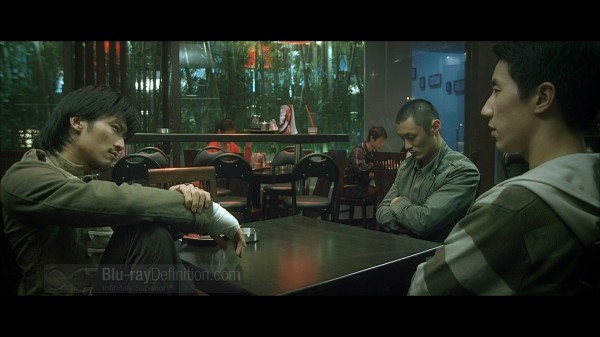 There are some great interview segments with the films stars and filmmakers offered up on Invisible Target, all in standard definition, unfortunately, but a good watch nonetheless. The audio commentary and making-of featurette are also well worth the time. 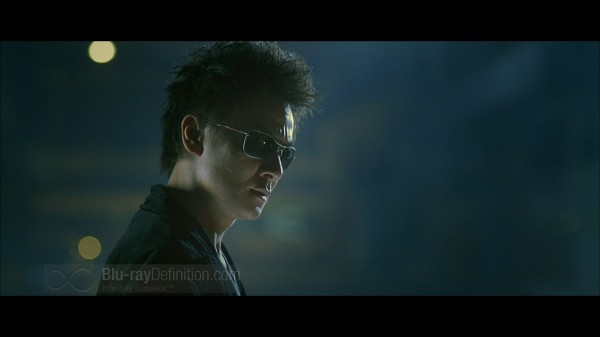 Invisible Target may not be Oscar material, but if you want action, it does not disappoint. Unfortunately, the high-def transfer suffers from some artifacts and the lack of a lossless soundtrack keep this from being what could have been great reference home theatre material. 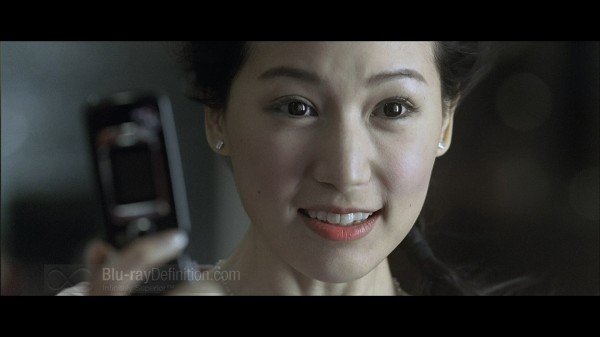 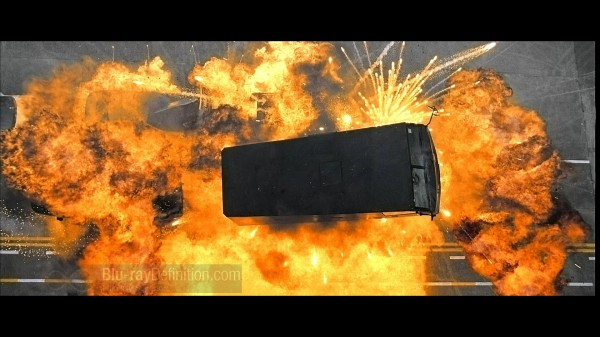 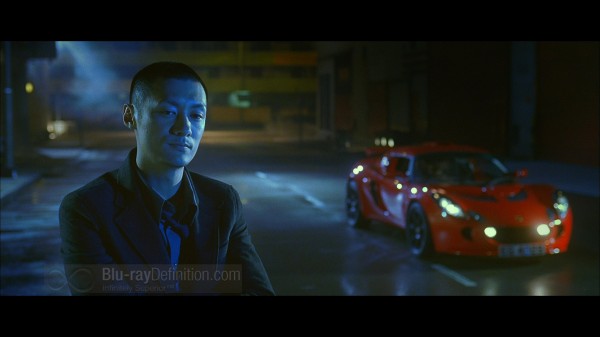 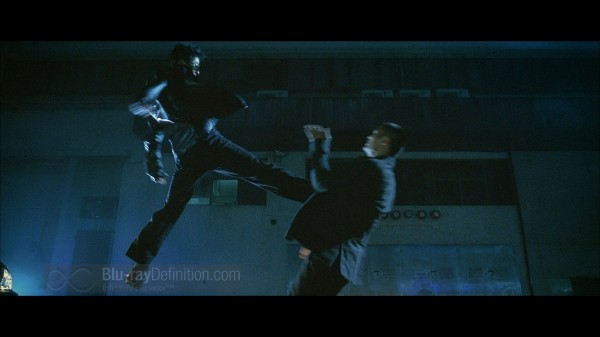 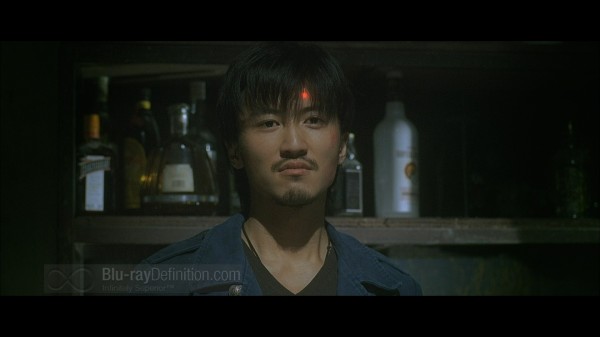 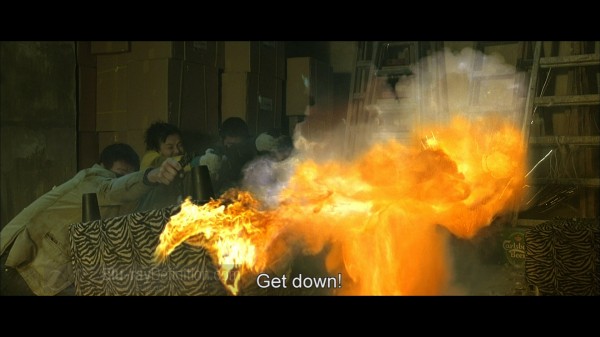 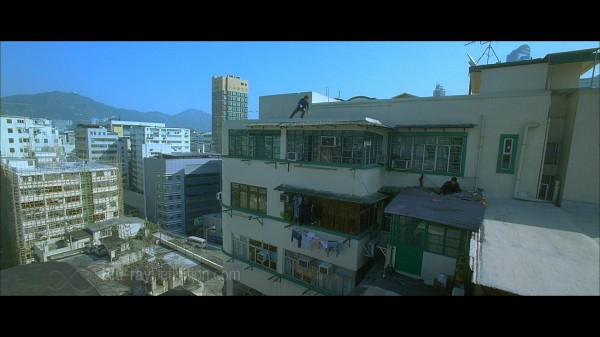