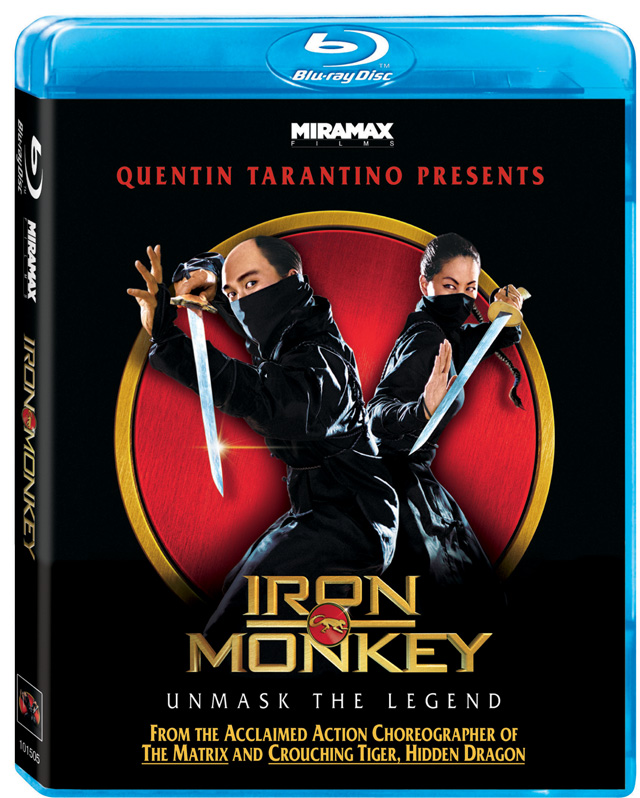 Iron Monkey is the 1993 film directed by Yuen Woo-ping, who would later go on to choreograph The Matrix films. In Iron Monkey, the year is 1858 and in a province in Southern China, peasants have fled to seek the protection of Shaolin monks and sanctuary from floods and famine. The corrupt officials governing the area have something else in mind, however, and they oppress the people with heavy taxes and unjust imprisonment. 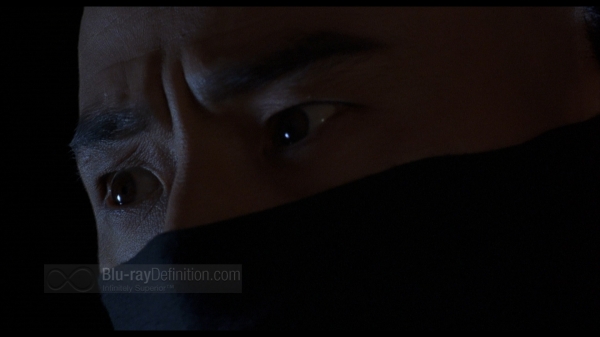 Iron Monkey, a defender of the defenseless, comes to their rescue, stealing riches from the corrupt overseers and doling it out to all those in need. Of course this raises the ire of the governor who orders his minions to capture and kill the masked champion known to the people as the Iron Monkey.

The story bears much resemblance to the tale of Robin Hood, and Iron Monkey the film predates the much more cerebral and visually elaborate martial arts films that have now come into fashion, such as Hero or Crouching Tiger, Hidden Dragon. It owes far more stylistically to those kung fu films that boomed in the grindhouses here in the States in the 1970s. Its schizophrenic plot, cartoonish characters and low budget production at times seem more than a bit silly and amateurish when taken in lengthy doses.

What Iron Monkey does do successfully, however, is deliver a wallop of marvelously choreographed martial arts action sequences that become increasingly elaborate and more intricate as the film progresses. As the action increases, so does the tone of the film darken and become more serious and interesting to watch, making Iron Monkey on the whole a fulfilling cinematic martial arts experience. 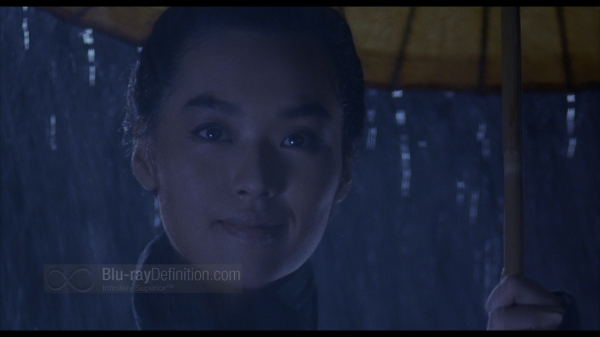 Iron Monkey’s 1.85:1 AVC/MPEG-4 1080p encoding is of inconsistent quality. The source looks clean and there are no major compression or processing flaws, but image quality varies widely, going from very sharp and detailed to soft and diffuse. The film’s grain structure is intact, but it varies from looking quite film-like and even, to very strong, harsh and noisy. On a positive note, shadow delineation is quite good in most of the darker scenes, but some production choices still mask a good amount of detail there as well, which is not a fault of the transfer. 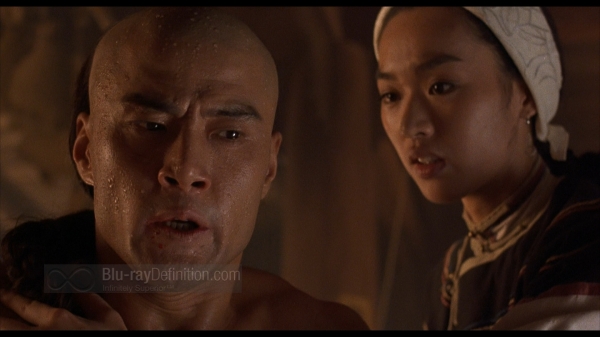 If you’re a purist and you want to experience Iron Monkey with its original language soundtrack, then you’ll have to sacrifice a bit of quality and drop down from the DTS-HD Master Audio 5.1 lossless option that is provided for the English dub and settle for lossy Dolby Digital 5.1 instead, though neither version is going to win any rewards anytime soon for being reference material. The mix is laden with long periods of dialogue-driven sequences that are anchored to the center channel. Even sound effects don’t stray too far from the narrow, centered panning. Fight sequences and rainstorms are given sufficient heft in the low frequencies, but mostly the soundtsage is dry and flat, even more so with the Dolby Digital option that just sounds thin and harsh in comparison to its wonky dubbed English counterpart. 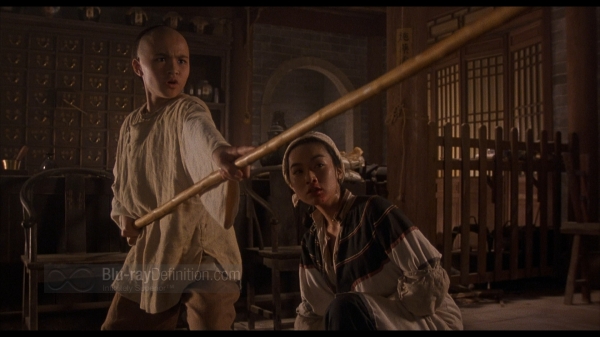 There are two interview segments offered as the only supplements on Iron Monkey. One is with kung fu fan Quentin Tarantino and the other with one of the stars of the film, Donnie Yen. 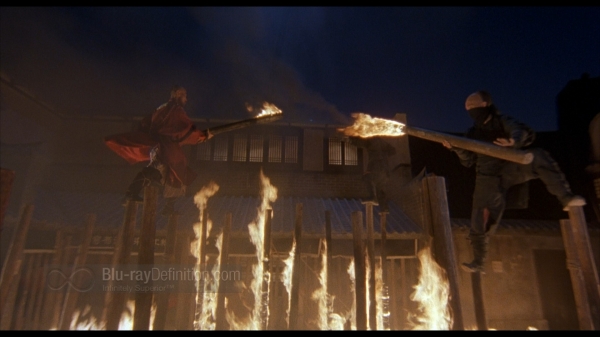 Passionate fans of the martial arts genre will no doubt want to grab this release up as it surely looks the best it ever has, but everyone else can probably sit it out or simply rent Iron Monkey if they have a craving for a Saturday afternoon kung fu fix.