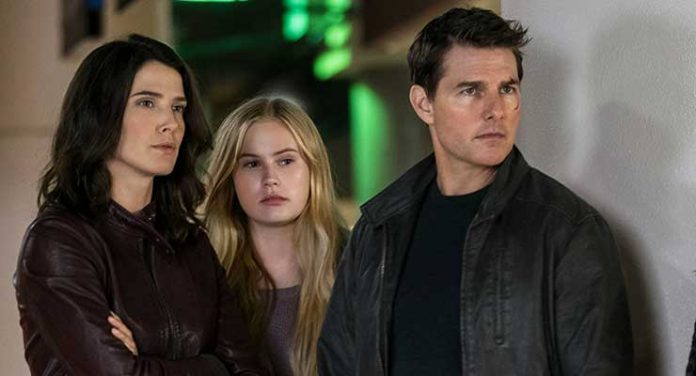 Tom Cruise reprises his role as the legendary former military man Jack Reacher who now drifts aimlessly as a hitchhiker seeking justice in this film based on the novel by Lee Childs of the same name. Jack Reacher: Never Go Back, itself a sequel to 2012’s film Jack Reacher (based on the Childs novel One Shot), has Reacher finding himself once again in trouble when he comes to D.C. to meet with a Major Susan Turner (Cobie Smulders) whom he has romanced over the phone. Only, when Reacher arrives at Turner’s office h finds her replaced by her off-putting commanding officer Col. Morgan (Holt McCallany) and Turner facing charges of treason. Of course, Reacher can’t help himself, so he has to investigate and try to clear her name, and he finds himself arrested by Colonel Morgan on suspicion of murder. Reacher ends up breaking himself and Turner out of the military police’s holding facilities. Now Reacher is entangled in a government conspiracy involving the deaths of soldiers in the Middle East and on the run with Turner and a young lady (Danika Yarosh) who may or may not be Reacher’s daughter, whom his foes are threatening to use as leverage against him anyway.

Let’s lay it all out on the table immediately – Jack Reacher: Never Go Back is like a B movie version of a Jason Bourne film or Cruise’s better action franchise, Mission Impossible. Here we get whoppers of cheesy lines like “Strong guys don’t hurt you, the weak guys do that.”, or “you’re hard to kill, Reacher”. In days of yore the lead part in this movie would have been filled by someone like Jean-Claude Van Damme or Steven Seagal. Instead, we get a tired looking Tom Cruise who seems to be just going through the motions of an action star.

The film is so low energy that the brutal hand-to-hand fight sequences that make up the penultimate act in the perennially partying French Quarter of New Orleans seem almost like a lampoon of Jason Bourne or Casino Royale, for that matter. Even the antagonist in the film is a campy, caricature known as The Hunter (Patrick Heusinger) who turns from cold mercenary to someone out on a personal vendetta only to prove his skills are as good as or better than Reacher’s in a proverbial cock measuring contest. It doesn’t get any more ridiculous than this.

That is not to say that the film is totally devoid of worth. There are moments, most of them with co-star Cobie Mulders, where Cruise puts out a reasonable performance and some of the thrills actually allow for some reasonable suspension of disbelief. Mostly, however, this one is a direct-to-video actioner masquerading as big budget Hollywood blockbuster. If you’re into Jason Statham films, it may be right up your alley. 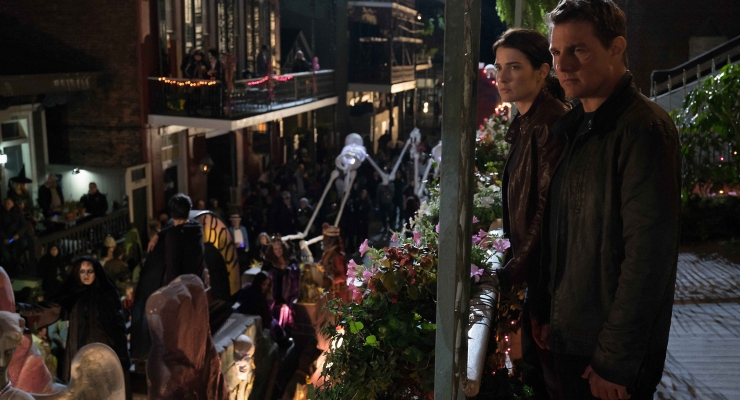 Jack Reacher: Never Go Back was shot on 35mm Kodak film stock in the Super 35 (3-perf) format with a 2K DI (Digital Intermediate) used in the processing stage. So the 4K Ultra HD Blu-ray reviewed herein is upscaled from the 2K master, but also includes HDR (High Dynamic Range) which more than any upscale to 4K resolution provides a clear boos in picture quality. The HEVC 2160p encodement looks gorgeous and filmic with a good, textured layer of grain that does sometimes look gritty and sometimes cleaner, perhaps being more dependent on the filming technique than the transfer. The HDR application is less aggressive than some other films, but it does present a natural look where the bright lights of the French Quarter at night really ‘pop’ nicely or the daylight sequences have an excellent natural sense of warmth.

Jack Reacher: Never Go Back comes with a nicely balanced English Dolby Atmos soundtrack that utilizes the Atmos channels for a sumptuous amount of atmospherics and the occasional sound of rainfall coming from overhead. Surround back channels are also quite active with some solid effects and the low-end is good and deep. Dialogue is clear and maintained above the sound effects.

Paramount provides numerous “making of” featurettes with interviews with Tom Cruise, Cobie Smulders, and others that includes lots of

Jack Reacher: Never Go Back doesn’t even reach the already low bar set by its predecessor and rather than  continue down the Bourne imitation path, it becomes a caricature of a Bourne film in B-movie form. That said, the 4K disc is gorgeous and the Atmos sound mix works well.