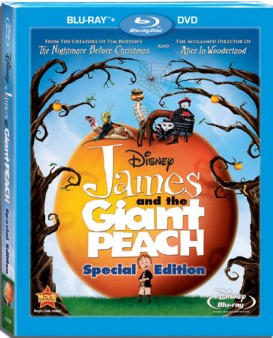 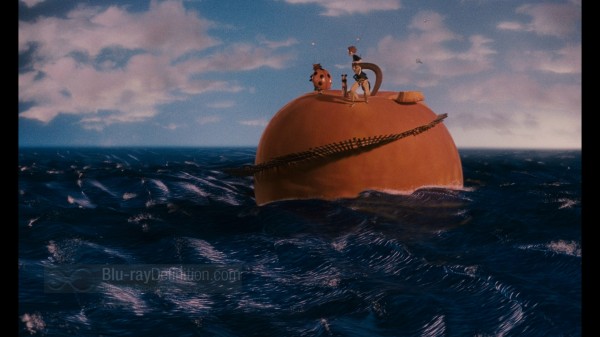 This 1996 fantasy adventure musical film is a combination of live action and stop-motion animation directed by Henry Selick (The Nightmare Before Christmas; Coraline) and based on the 1961 children’s book by Roald Dahl of the same name. James and the Giant Peach came three years after A Nightmare Before Christmas and it took all three of those years to complete production on James and the Giant Peach.

The story of an orphaned boy who lost his parents to an evil magical rhino that suddenly appeared and took his parents, James (Paul Terry) ends up living with his abusive aunts Sponge (Miriam Margolyes) and Spiker (Joanna Lumley). These two make Cinderella’s evil stepmother look like the fairy godmother. They leave James hungry, torment him with memories of his dead parents, and threaten him that the “rhino” is going to come to take him away too if he doesn’t obey them. James, sad and downtrodden, dreams of getting away to a better place and a better life, namely New York City, where is parents once spoke of before they were taken.

One morning in his aunts’ yard, a stranger (Pete Postlethwaite) stops James and tells him he can help him get away. He gives James a bagful of magical crocodile tongues, telling him to guard them carefully, but James trips, and the tongues escape into the roots of an old dead tree in front of his aunts’ house.

Something magical does happen, however, when the tree begins to sprout a peach. The peach grows quickly to giant proportions. Aunt Spiker and Aunt Sponge turn it into an attraction charging admission and forcing poor James to clean up the garbage after all the crowds have dissipated.

After that first night, however, while cleaning up, James finds the old bag that held his magical crocodile tongues, and there’s one more. It jumps out and plunges into the peach. James is distraught thinking he lost his last opportunity to make it out, but when he takes a piece of the peach and eats it, something magical occurs, he transforms. He then finds an opening into the peach that he crawls through, and finds a group of insects all talking about the nasty ladies in the house and how they need to get away.

So, with Mr. Grasshopper (Simon Callow), Miss Spider (Susan Sarandon), Centipede (Richard Dreyfuss), Ladybug (Jane Leeves), Glowworm (also Margolyes) and Earthworm (David Thewlis), James devises a plan to use the peach to travel to New York City. The group of new friends head out for a journey filled with adventure and excitement.

In typical Roald Dahl fashion, James and the Giant Peach is a story that children will enjoy, but it is not childish. It covers some difficult topics and Selick does a wonderful job bringing the Karey Kirkpatrick, Jonathan Roberts, and Steve Bloom screenplay alive without making James too dark. The animation and live action segments blend together effortlessly for the most part, although the ending seems a little wonky. The animated characters look out of place in the live action world. 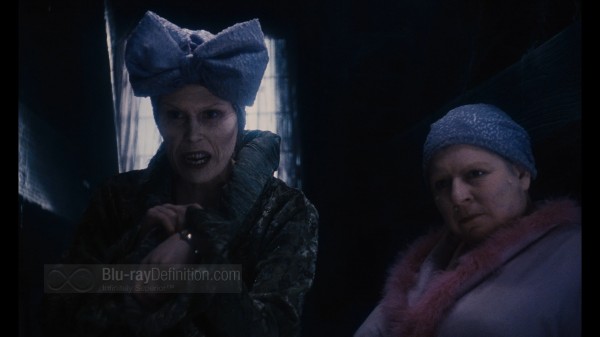 The AVC/MPEG-4 1080p encoding of James and the Giant Peach’s original 1.66:1 framing display’s the typical strengths we’ve come to expect from Disney Blu-ray releases at this point. It has a strong film-like quality with a sharp and consistent layer of grain. There are no compression artifacts apparent and detail in the image extends well into the background. Color reproduction vivid and shadow delineation is strong. The problem with James and the Giant Peach is that the overall brightness seems a bit low and the picture at times looks a little murky, even when everything else looks clean and detailed, causing the image to seem just a bit dull and two-dimensional. 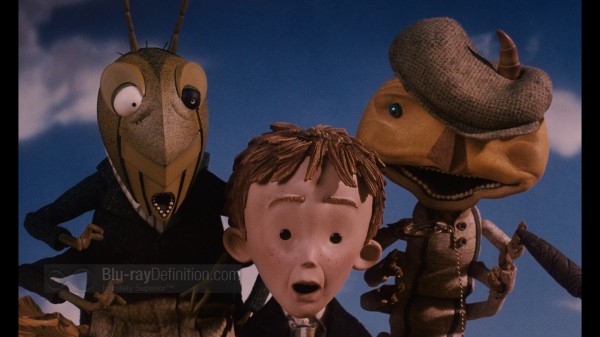 James and the Giant Peach is provided with a wonderfully active, engulfing, and entertaining English DTS-HD Master Audio 5.1 lossless mix. Dialogue is clean and intelligible, the surround channels are filled with lots of ambience and discrete sounds and directional panning, such as in the scene when the giant peach first rolls away from its place in England — note the panning of sounds through each channel. Also note the deep, rumbling low frequencies; they are extended, but not quite booming.

James and the Giant Peach arrives on the Blu-ray without many new supplements at all. Mostly what has been provided has all been ported over from the original DVD release other than a new BD-J based game. 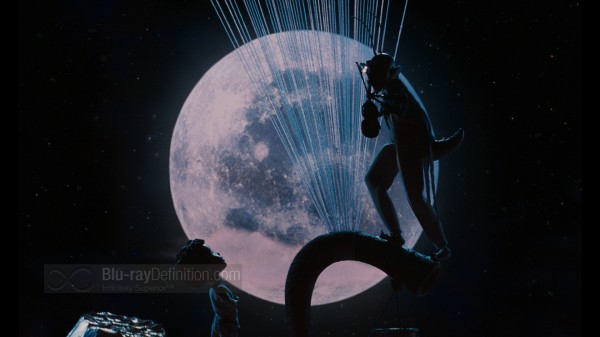 James and the Giant Peach is wonderful family entertainment. It’s not afraid to tackle some of the darker family issues, but it never slips into territory that will be too heavy for younger children. As usual, Henry Selick’s mastery of stop-motion animation is top notch and the strong Blu-ray release makes it all the more entertaining. This is an easy one to recommend. It’s a no brainer. 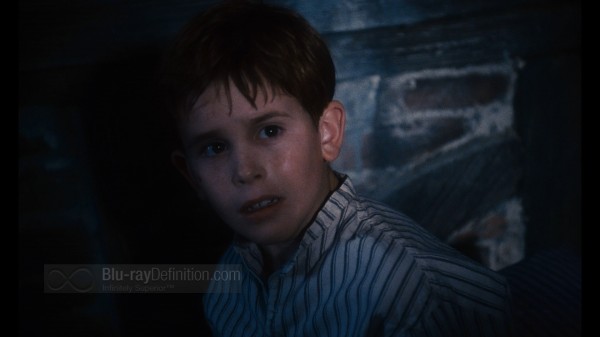 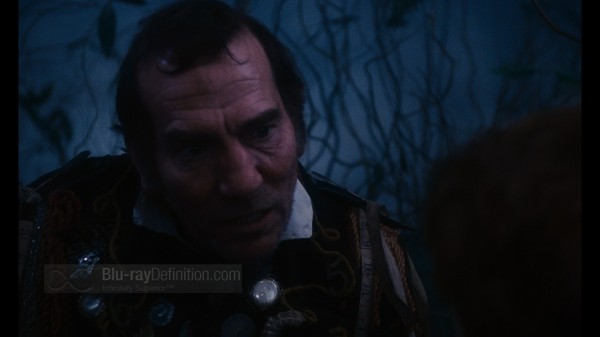 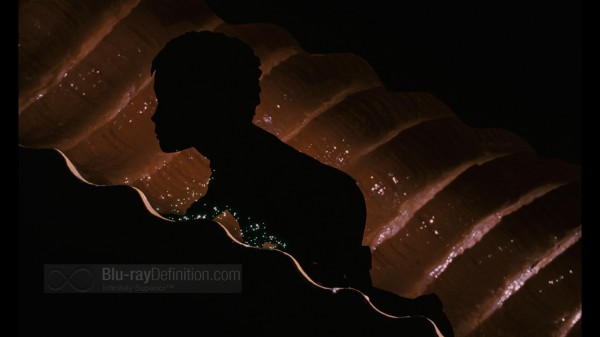 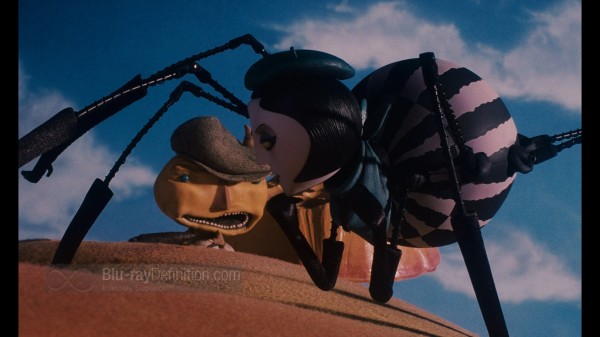 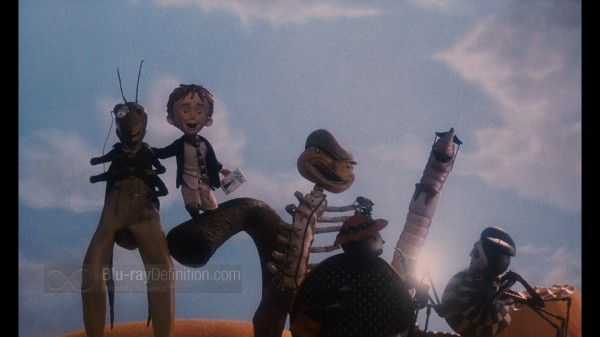 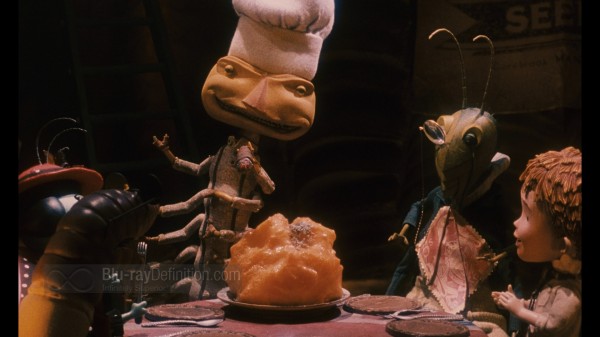 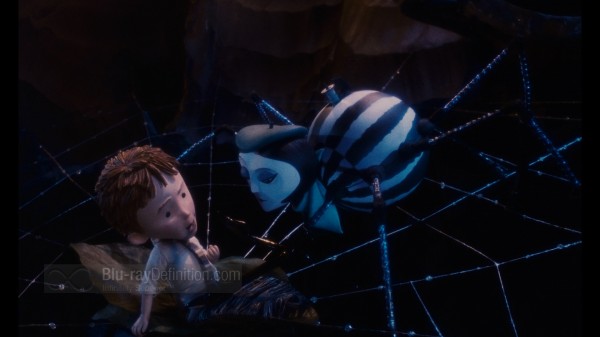 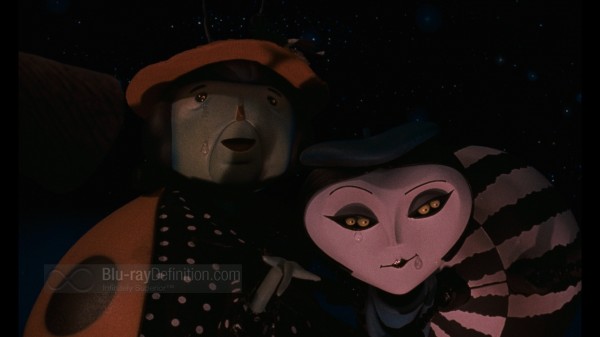