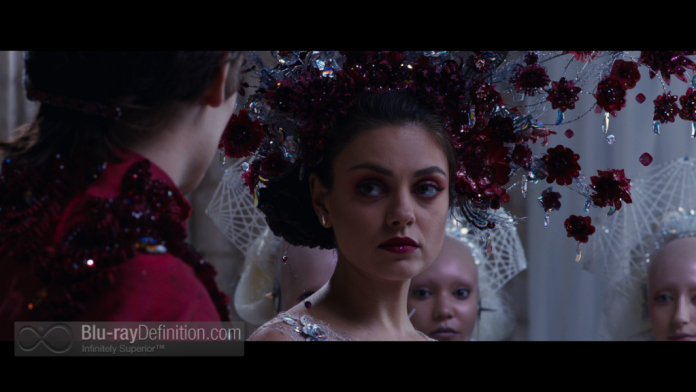 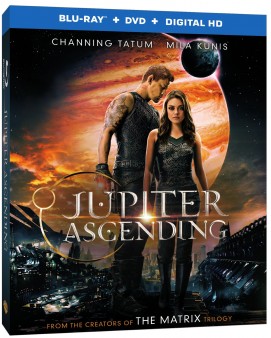 Imagine if you will a singularity from which the primordial soup of sci-fi film was born. This particular singularity, however, contains the matter from Star Wars, Dune, Blade Runner, The Wizard of Oz, The Fifth Element, and The Matrix and then in one big bang, explodes into an ever expanding universe in which a spiraling galaxy of films forms, in that galaxy is born Jupiter Ascending. Well, okay, perhaps The origins of Jupiter Ascending aren’t quite that cosmic, but the point is the latest film from the Wachwoskis wears its influences all over its proverbial sleeves.

Delayed by a year to complete its almost gaudy amount of special effects, Jupiter Ascending is an ‘original’ sci-fi fantasy written and directed by The Wachowskis that follows ordinary maid Jupiter Jones (Mila Kunis) who, after being inveigled into a scheme to falsify her identify in order to harvest her eggs for money so she can buy a telescope that reminds her of the late father who died before she was born, gets a visit from an intergalactic warrior named Caine Wise (Channing Tatum) that flies around on anti-gravity boots like they are rollerblades. Caine saves her from alien bounty hunters who are out to kill Jupiter. Jupiter has a destiny she never expected; she is the rightful heir to the Earth. That’s right, she owns the Earth and is also its queen. She is the natural recurrence of the complete gene sequence of a human who lived for 91 millennia that died and bequeathed ownership of the planet to her naturally occurring gene sequence. Now, because she is nobility and the new heir to the Earth, Jupiter has become caught up in intergalactic intrigue amongst this ancient civilization of humans who travel the universe seeding planets with life and using the lifeforms to help them maintain their own life and youth.

Admittedly, there are many things to like about the film, it can be outright gorgeous to behold, and as mentioned, the obvious allusions to other sci-fi classics in both visual and thematic elements is a geek’s dream. Dune’s earth tones and battle for resources with eccentric characters, filled in nicely by Eddie Redmayne who really hams it up; over-the-top costumes and aerial chase sequences reminiscent of The Fifth Element or parts of Blade Runner. Jupiter’s clumsy girl in a brave new world appeal like Dorothy in Oz is an obvious reference to The Wizard of Oz. But the film holds little appeal beyond the glitz and sci-fi references.

Some quirky jokes like sticking a sanitary napkin on Channing Tatum’s wound notwithstanding, Jupiter Ascending tries to bombard viewers with a nonstop action sequences to overcome some awful sequencing problems and a story that is difficult to make sense of. At times, the special effects are just too overwhelming, and that’s just in 2D, I can only imagine how difficult it may be to watch something so overwhelming in 3D, and I like 3D.

Mila Kunis is tragically underused in the film. She basically stumbles around in hot outfits. Channing Tatum plays the stud to Mila’s damsel, but the bad makeup with pointy ears and goatee make him look ridiculous and he acts without any charisma here at all. Perhaps all the charisma for this film was sucked up by Eddie Redmayne whose delivery is so over-the-top it doesn’t leave room for anyone else.

Female sci-fi geeks might find the decidedly feminine bent of Jupiter Ascending appealing, but, surely filmmakers can do better than this for the female crowd, can’t they? 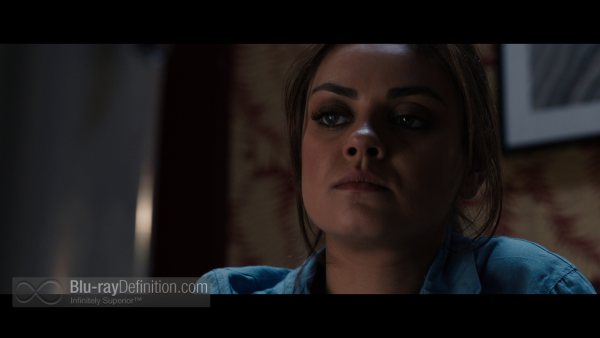 We have a stunning production shot digitally on the Arri Alexa Plus , Arri Alexa XT, Red Epic, and Canon EOS 6D cameras that arrives in HD on Blu-ray in an AVC/MPEG-4 1080p encodement from Warner Bros. The film was also released in theatres in a stereoscopic 3D conversion and is available on Blu-ray 3D as well, but Warner has only provided us with the standard Blu-ray combo pack for reviewing purposes. The image is fantastic with no issues to complain about, this is reference quality all the way. It’s clean, crisp, with magnificent contrast, shadow nuance, and no hints of noise or edge enhancement. 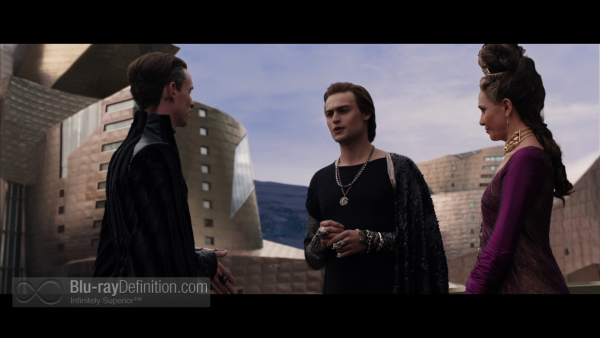 The main soundtrack is a Dolby Atmos object oriented mix which my non-compatible 9.1 setup played back in Dolby TrueHD 7.1. Even without Atmos, one can tell this is an aggressive and well done mix that places all manner of sounds – explosions, voices, atmospherics – all throughout the room. The score is clean and balanced nicely with the action, dialogue only briefly dropped a little too low below the fray of sounds in one or two places. Low end extension is deep. 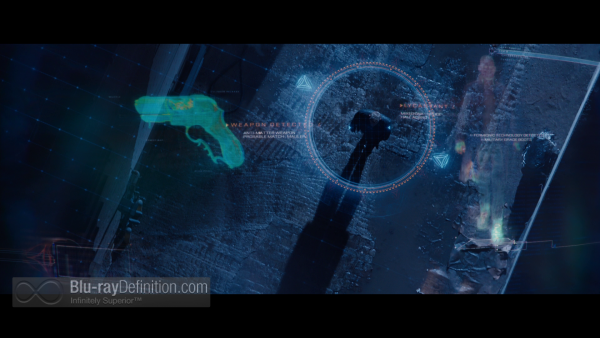 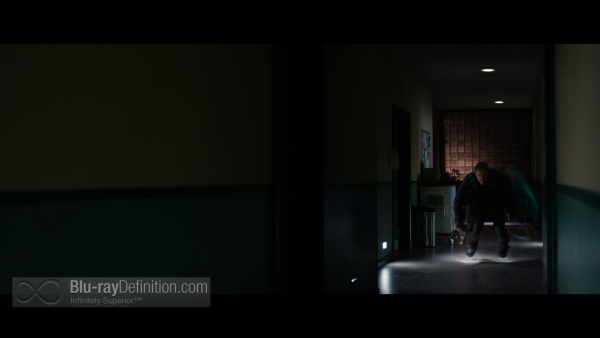 Jupiter Ascending is a wholly original world with backstory and all and awesome graphics, but that’s where the best parts of the film end. You’ll find yourself lost in this vast landscape following uncharismatic characters and a confusing plot. That said, this Blu-ray release will make for a stunning, reference quality home theater adventure. 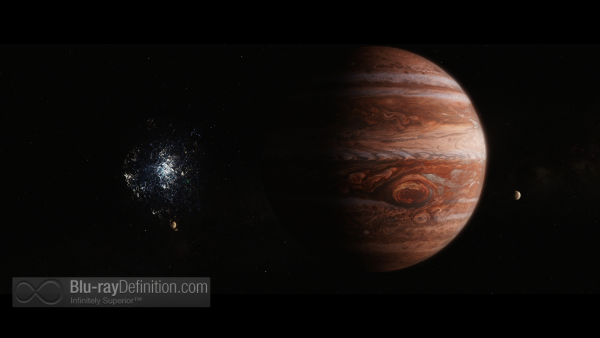 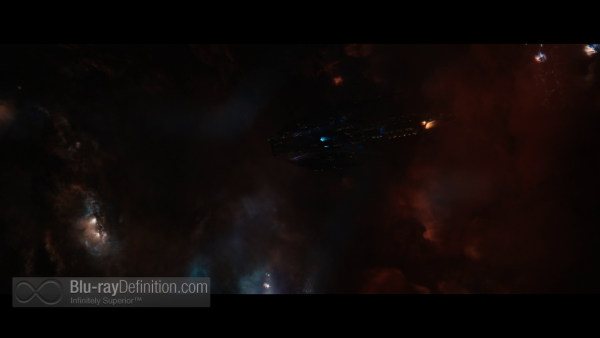 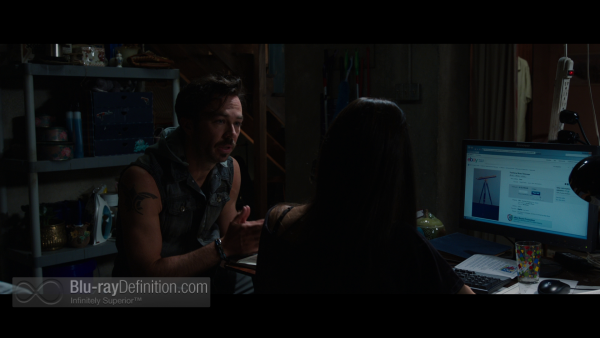 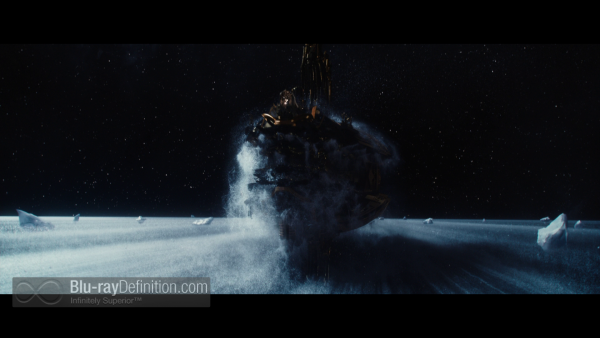 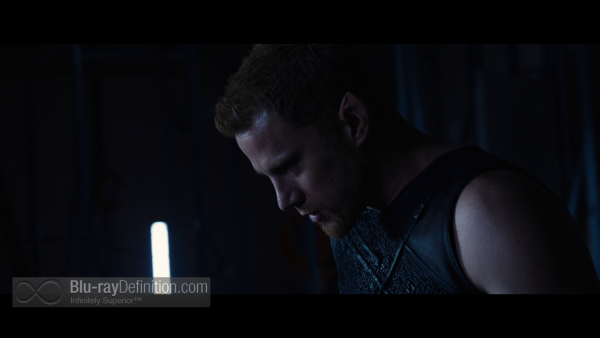 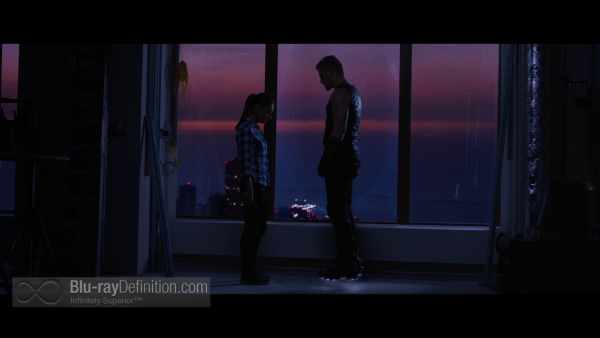 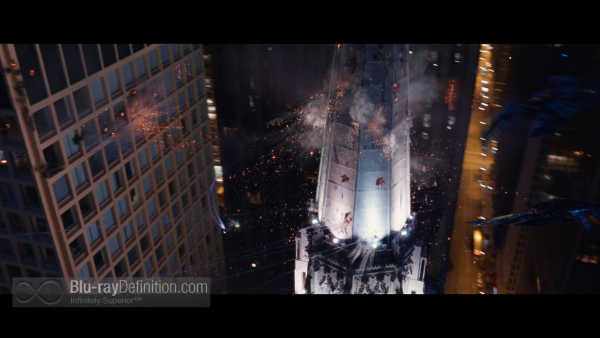 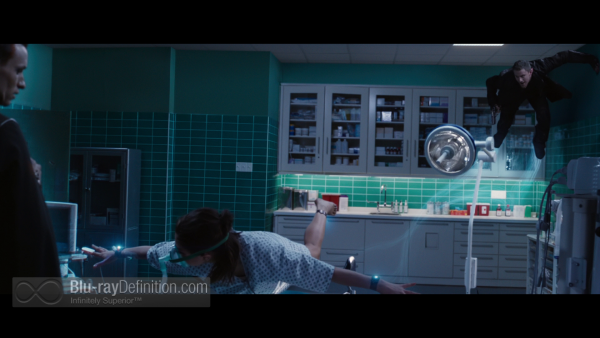 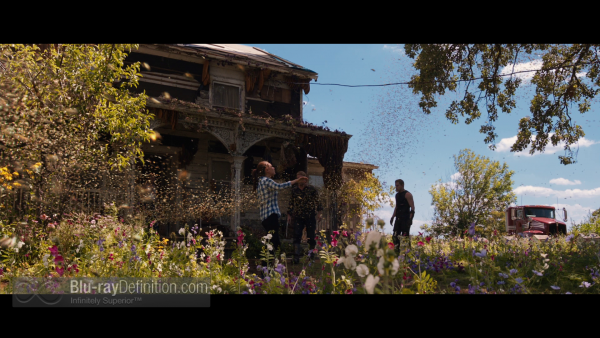 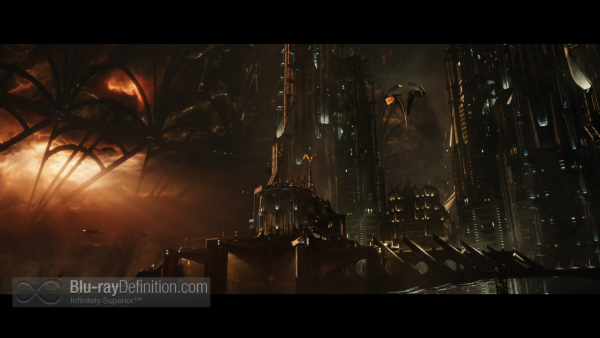 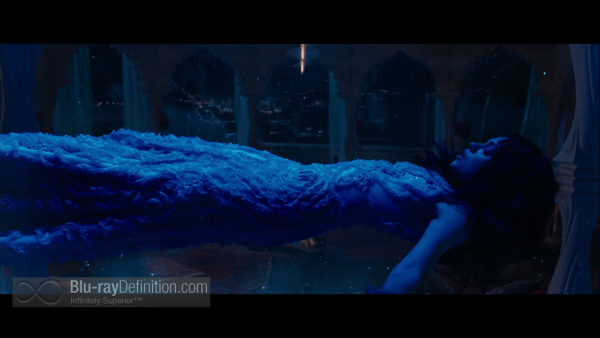 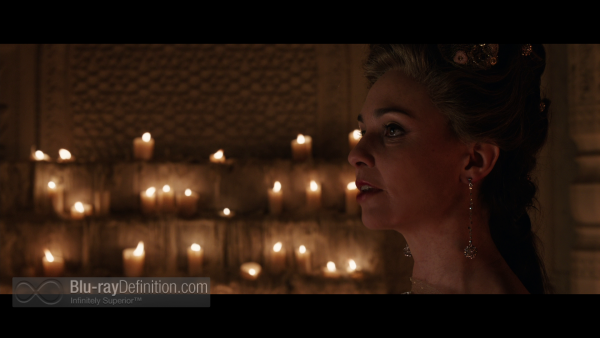 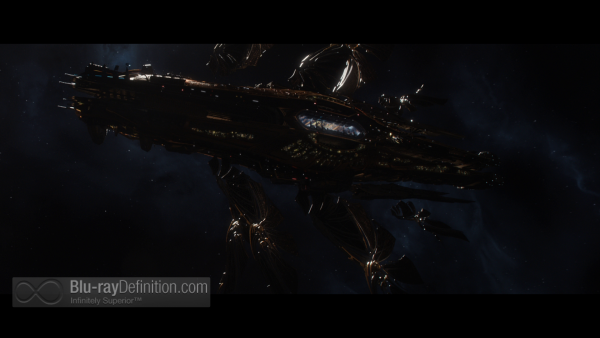 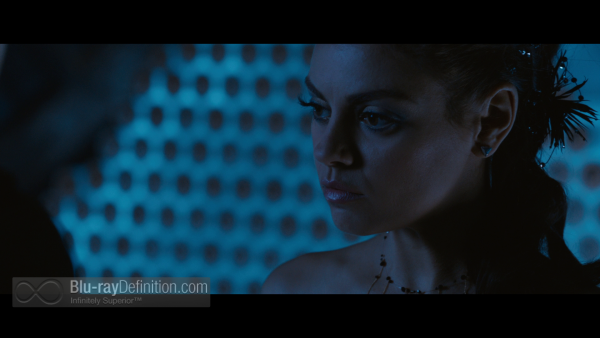 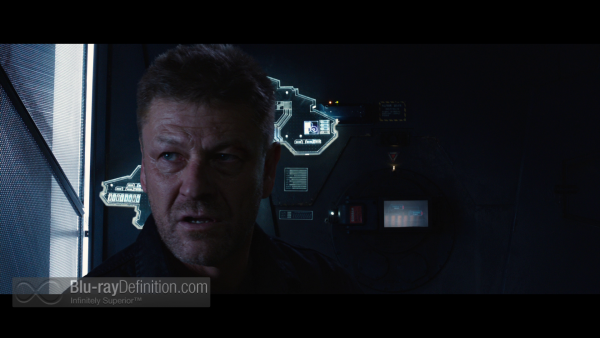 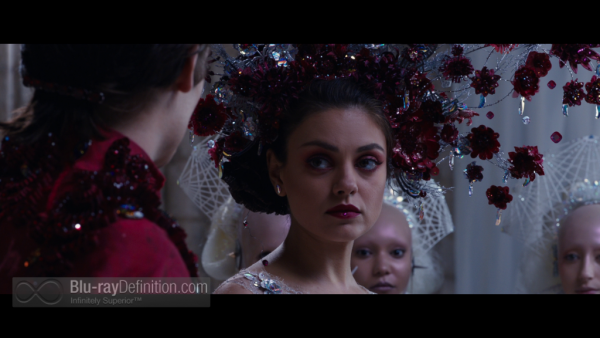 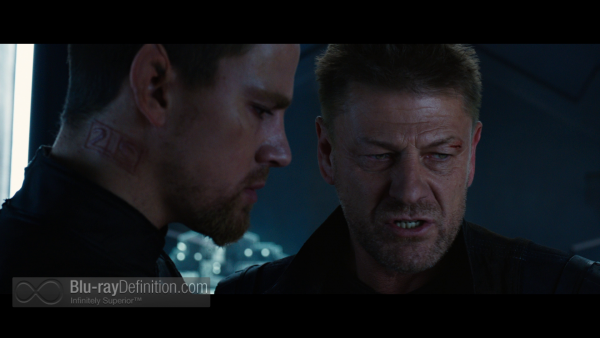 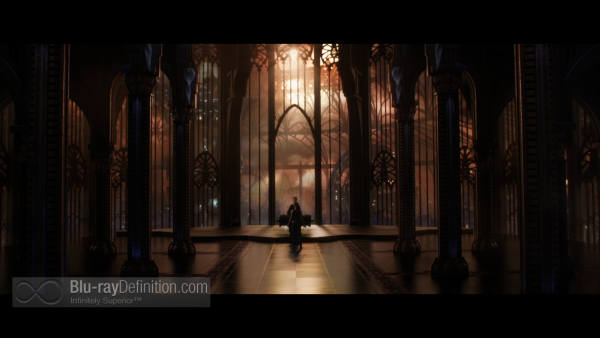 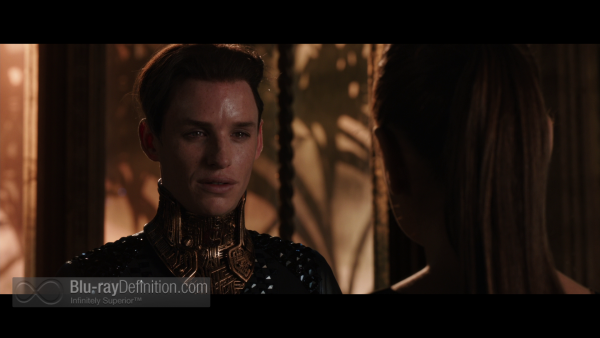 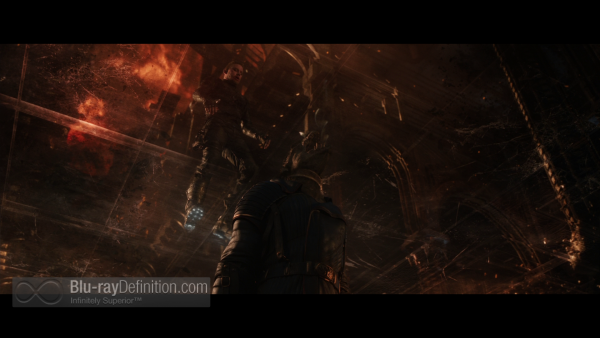