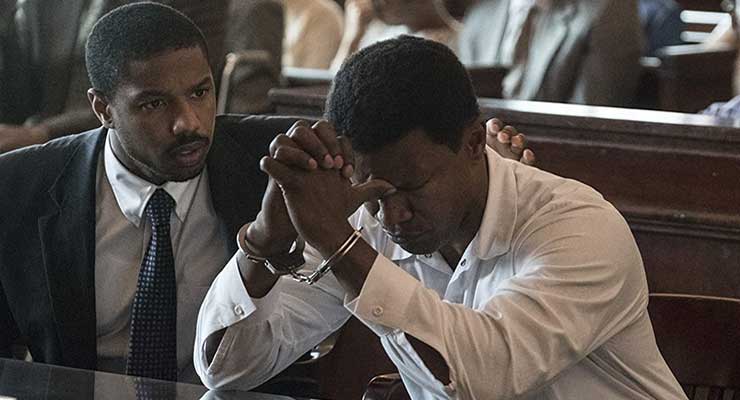 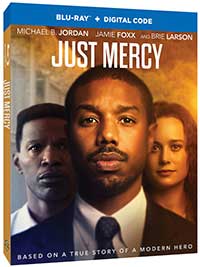 Just Mercy is a docudrama from director Destin Daniel Cretton based on an incredible true story. Michael B. Jordan (Creed, Black Panther) stars as young defense attorney Bryan Stevenson who, upon graduating from Harvard, rather than seeking out one of numerous lucrative career opportunities heads to Alabama to fight for the less fortunate and the wrongfully accused, with the support of local advocate Eva Ansley (Brie Larson)

One of Stevenson’s first cases is that of Walter McMillian (Jamie Foxx), who, in 1987, was wrongfully accused, convicted, and sentenced to death for the of killing an 18-year-old white woman solely on the testimony of a convicted felon with a motive to lie, despite numerous corroborating black witnesses who placed McMillian far away from the crime scene and a preponderance of other evidence proving his evidence.

Over the years fighting McMillian’s case, Stevenson runs up against a host of legal and political hurdles, the local cultural and racial tensions that make it difficult to get the truth in such a racially charged case, and downright racism.

Just Mercy is a well written and powerfully acted film that turns a lens on one of the enduring flaws of the American legal system, the doling out of unequal justice, systemic racism in the judicial system. The film is made all the more powerful by the fact that the story behind it is true and that other stories like it play out by the hundreds if not thousands every year as evidenced by organizations like The Innocence Project and The Equal Justice Initiative.

Just Mercy is moving without ever falling into over-sentimentality. Cretton, who also co-wrote the screenplay, does well to stay out of the way of the story and allow the details to play out on their own much of the time and evoke the appropriate emotions without the need for pandering to the viewers. This is only helped by reserved performances from Foxx and Jordan.

Just Mercy was originally shot on the Panavision Millennium DXL2 camera with Panavision Primo Artiste and H-Series lenses in DXL RAW at format at 8K resolution and mastered with a 4K DI. The film is brought to Blu-ray in an AVC 1080p encodement framed at 1.85:1. We are presented with a gorgeous and film-like picture that looks detailed and organic, has nuanced shadow detail and excellent contrast. Digitally, the film is available in 4K Ultra HD with HDR and Dolby Vision where the colors look a little more vibrant than they do on this Blu-ray Disc, however, this disc holds up very well against the 4K version.

Just Mercy comes to Blu-ray with a rather subtle English Dolby Atmos mix. This mix could very well have been a 5.1 mix and it would have been just as effective given the lack of a strong sense of overhead or surround effects, but the front-heavy mix works for this dialogue-driven drama, nevertheless.

It’s a good set of pertinent bonus materials that are included, but they do still feel a bit light.

Just Mercy is a film that lingers in the thoughts and the production is top-notch as are the performances, and Warner Bros. offers it up on a reference-quality Blu-ray. 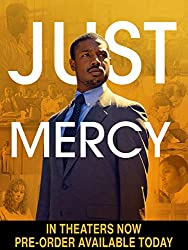