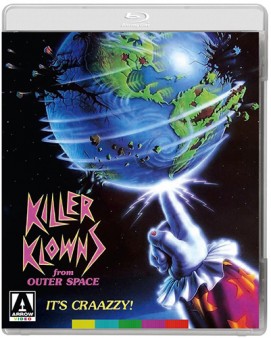 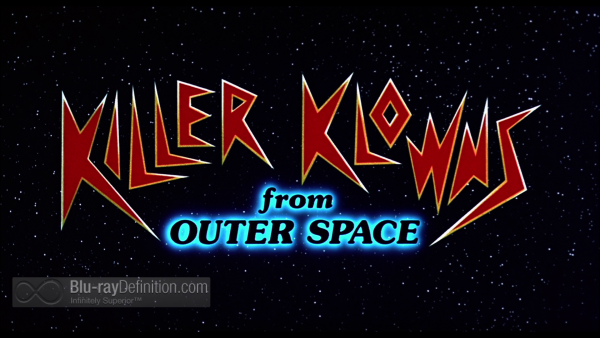 This 1988 comedy/horror cult classic from the Chiodo Brothers filmmaking team pretty much tells you everything you need to know about it in its title. Mike (Grant Cramer) and his girlfriend, Debbie (Suzanne Snyder), are making out at popular make-out spot Top of the World when they spot what they believe to be a meteorite fall to Earth. Their investigations lead them to a circus-like spaceship where they find bodies of their friends and neighbors cocooned in cotton candy and, you guessed it, killer clown aliens wielding popcorn shooting guns, among other things. This malevolent aliens begin causing havoc throughout the town with their circus-like bag of tricks while collecting bodies for storage in their spaceship. Meanwhile Mike and Debbie recruit Debbie’s old boyfriend, newly minted cop Dave Hanson (John Allen Nelson) to help them, while the cynical and disliked Officer Mooney (John Vernon) stays back at the precinct as chaos ensues.

If the Chiodos get one thing right in Killer Klowns that is they never  try to take anything seriously in this over-the-top romp. From the hammy acting performances from all the leads to the carnival sideshow atmosphere that permeates the film, Killer Klowns revels in the absurdity that marks it from its title on down. Want an ice cream truck chasing a car full of killer clowns? You got it. A woman trapped inside a circus balloon? Check! How about a giant clown capturing a crowd full of elderly people with a giant dinosaur shadow puppet? That’s there too. And that’s the sort of silliness that keeps Killer Klowns as entertaining and outrageous as its name implies. However, if you are so inclined to find clowns somewhat creepy to begin with, then these giant, toothy creatures will only reinforce that subconscious fear even more. 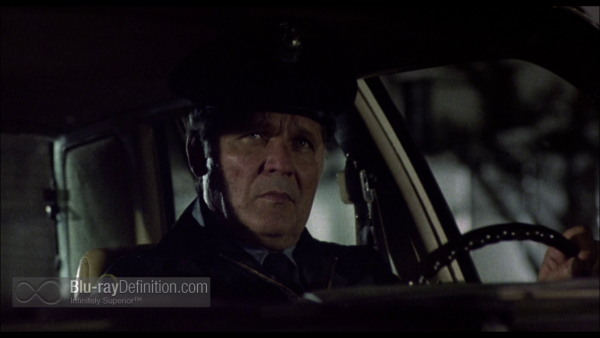 Arrow provides a 1080p AVC encodement on Blu-ray of Killer Klowns from Outer Space transferred from original film elements by MGM. It’s clear from very early on that MGM hasn’t undertaken a major restoration on this film given the softness and apparent scratches and specks of dirt and dust that show up throughout, but given the genre and nature of the film, it looks better than expected. The colors, a major part of the film’s circus atmosphere, look nicely saturated. 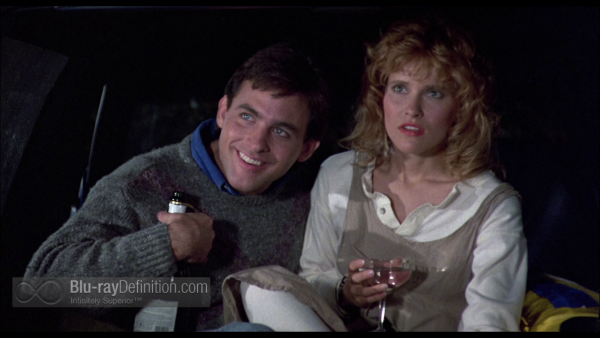 A stereo soundtrack in LPCM 2.0 (48kHz/24-bit) is provided. While the high end sounds just a little edgy, mostly due to the production of the ’80s musical soundtrack, it does have very wide stereo imaging and sometimes off-putting, agressive panning of sound effects. That said, it works, and has clear and clean dialogue free from clipping. 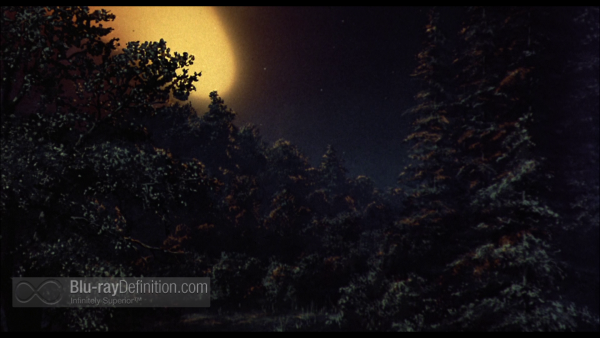 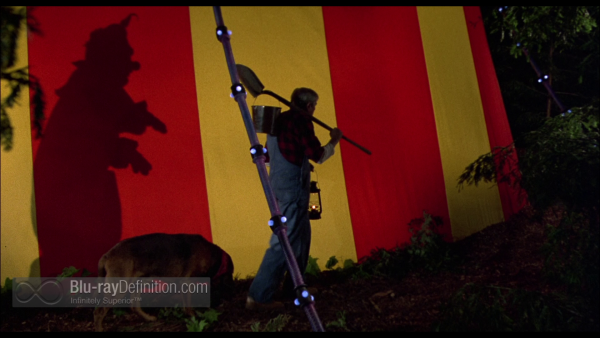 A wacky horror film with an unforgettable name that has become a cult classic, Killer Klowns from Outer Space is probably more popular for said title than it is for actual substance. It isn’t a particularly scary or gory horror film and its comedy is more slapstick in the manner of circus clowns that might make preteens laugh than anything else. Still, the Chiodo Bros. Film does have a certain strange charm to it that genre fans might like. 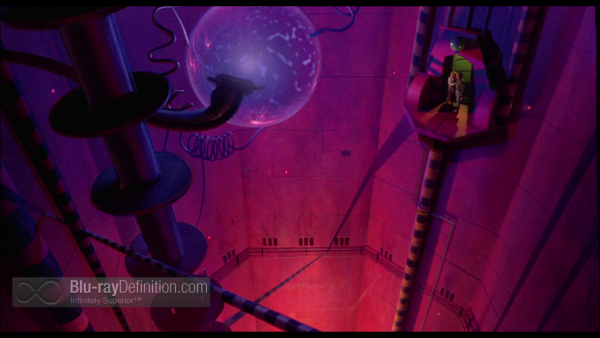 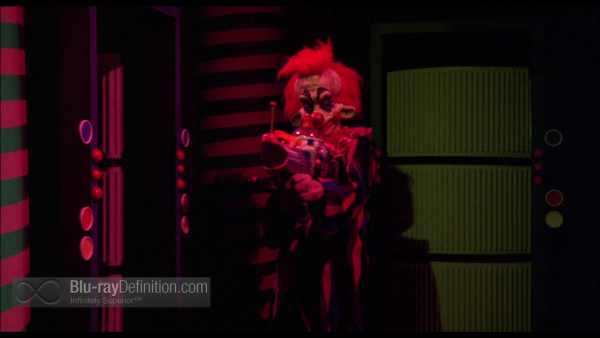 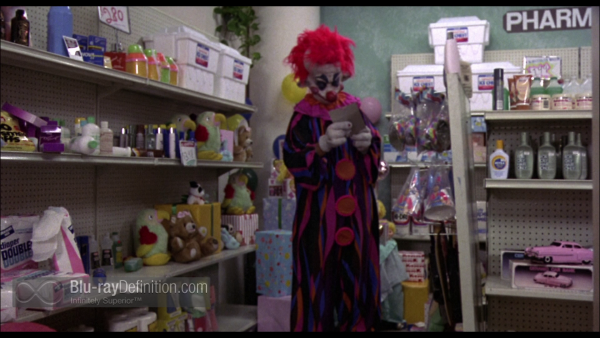 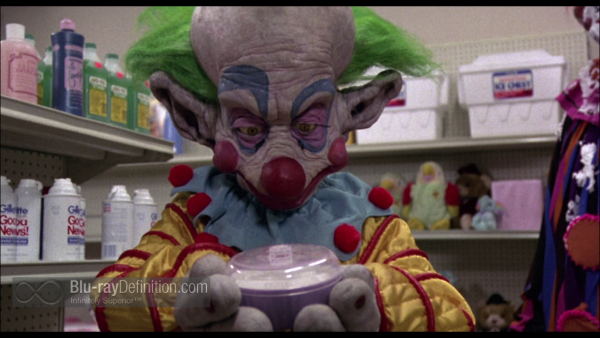 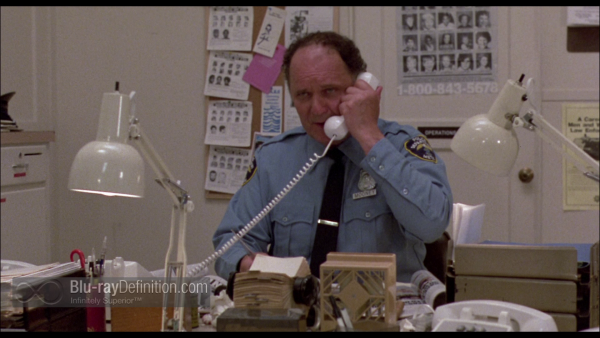 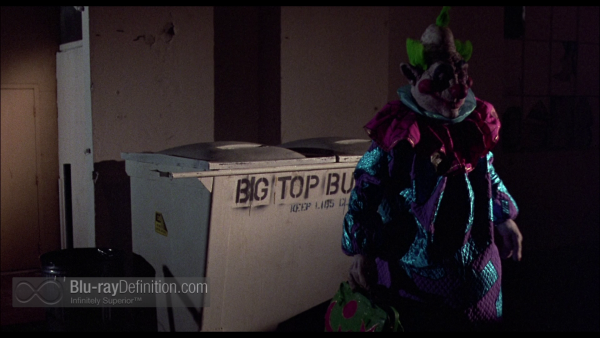 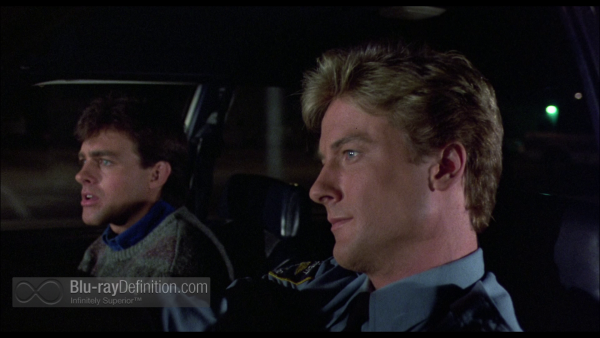 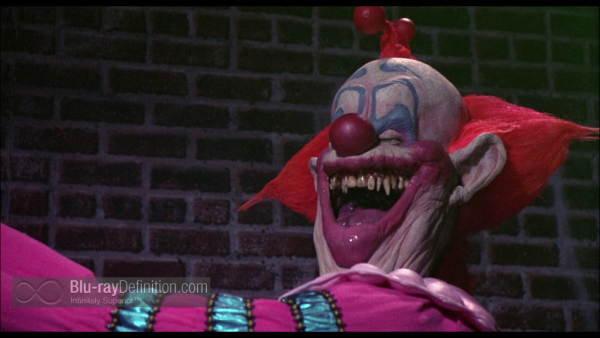 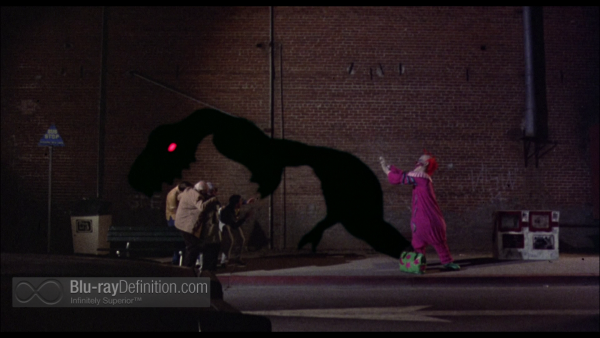 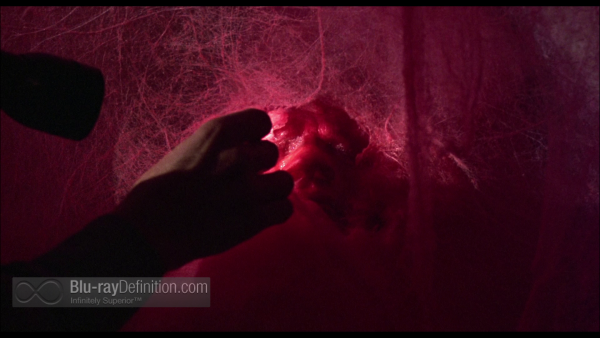 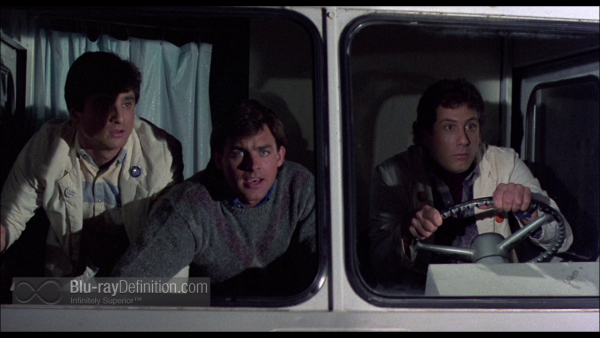 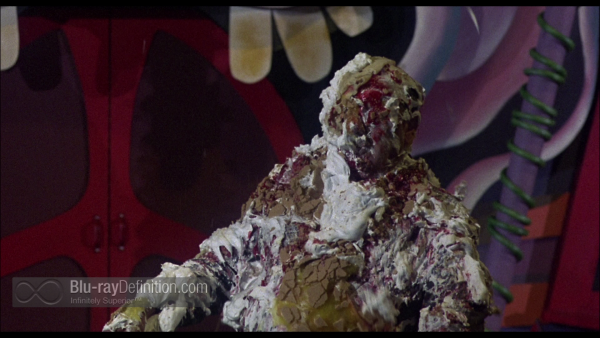 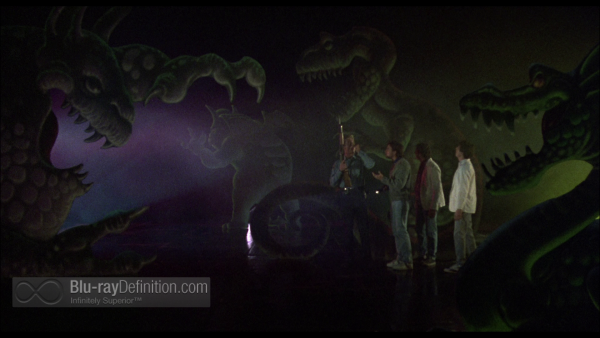 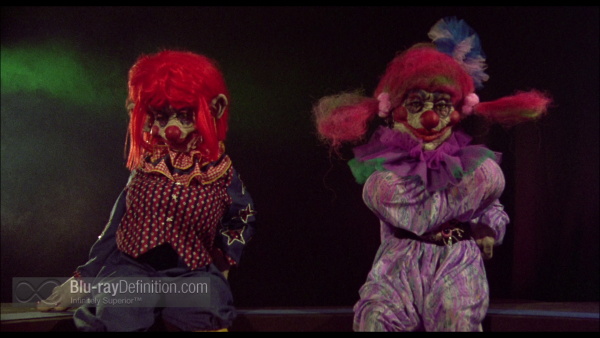 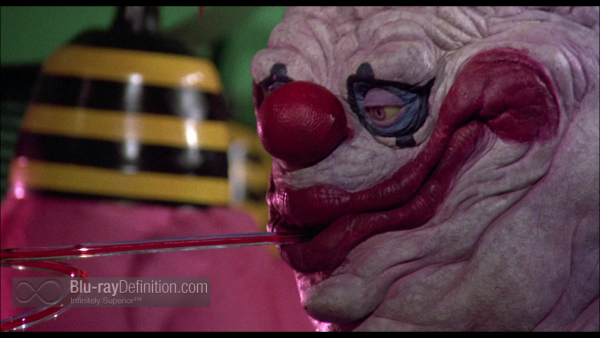