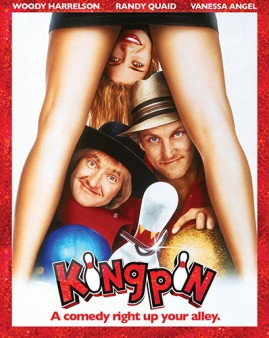 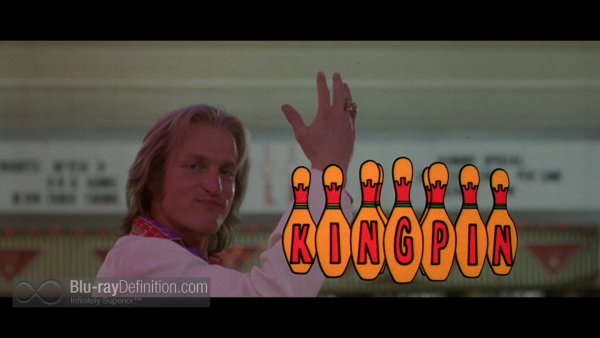 The sibling filmmaking duo of Bobby and Peter Farrelly made their mark in 1994 with Dumb & Dumber, becoming known for their rude, crude, and sometimes just plain dumb sense of humor. 1996’s less successful follow-up, Kingpin, continued that same brand of comedy and also cast two top stars in the lead roles with Woody Harrelson and Randy Quaid.

The story follows washed up professional bowler Roy Munson (Harrelson) who, after becoming a young bowling prodigy in the late 1970s and rising to the top of his profession, lost his chance at superstardom after hooking up with sleazy gambling pro-bowler Ernie McCracken (Bill Murray) who got him into a situation with some dubious gamblers who mangled  his hand. Now, in the ’90s, he’s an alcoholic with a hook for a hand, selling supplies to rundown bowling alleys when he comes across the naïve Amish bowling whiz Ishmael (Quaid), and determines to ride Ishmael’s skills back to the big time (and to financial success).

What we get in Kingpin is basically a road movie with lots of gross-out humor. One such scene (if you happen to be watching the R-rated version) involves Roy, a bull, and a milk mustache. You make the connection. The Farrelly’s rather smartly add the super-sexy Vanessa Angel to the mix as the abused girlfriend of a high-rolling gambler who likes to bowl for high stakes. She joins the two guys on their road trip to a big pro tournament and balances the testosterone and dumb locker room humor a some much needed feminine touch.

In the broader scope of Farrelly films, however, Kingpin is light on true laughs, as hard as it tries. The duo seem more to be trying to recapture the lightning that was Dumb & Dumber than offering up anything truly original and funny, like some later, more frenzied films such as Me, Myself & Irene or There’s Something About Mary.

Where Kingpin is most successful is in the relationship that springs between these two very different guys and the cleverly veiled moral at the center of the film about staying true to your dreams and working hard to attain your goals. 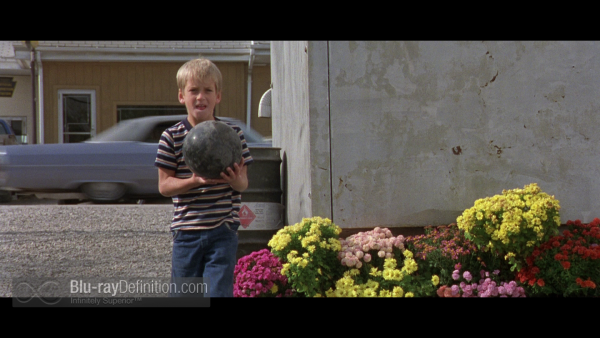 Kingpin‘s AVC/MPEG-4 1080p encodement doesn’t look like any sort of extensive restoration has been undertaken to bring it to Blu-ray, but given the genre restraints and the nearly twenty-year vintage, it looks better than expected. Colors are richly saturated, the outdoor scenes and inside bowling alley scenes are bright and colorful, and source damage and grain are fairly minimal. That said, the image does have a tendency to drift into softness and look occasionally flat. The opening sequences set in 1969 are a prime example of this. Still, much of the time we get some decent textures in close-ups with great flesh tones as well. 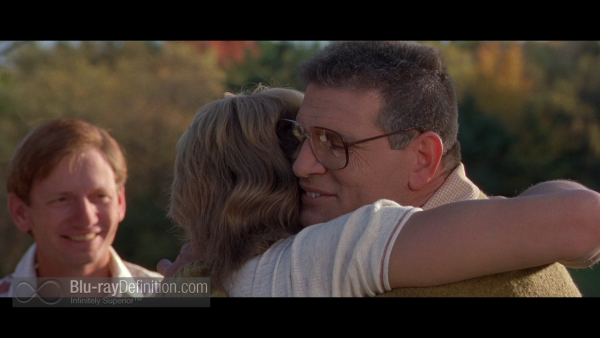 There is an English DTS-HD Master Audio 5.1 (48kHz/24-bit) soundtrack included that is good for what it is, in that it has some audible ambience in the surround channels, provides a punchy musical soundtrack, and clear intelligible dialogue. Other than that, it doesn’t really draw you into the action or make you feel truly engulfed in sound. 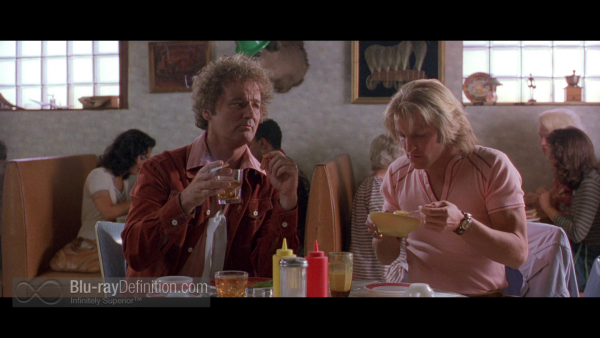 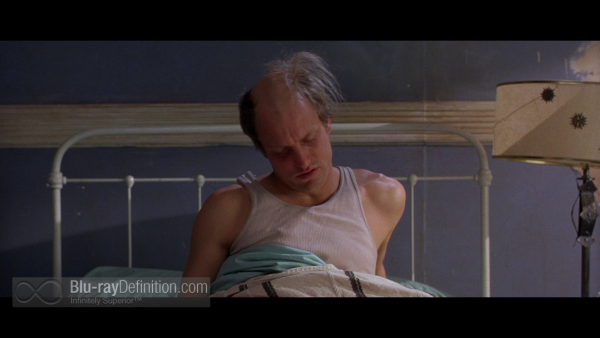 An average film for the Farrellys that just doesn’t reach the same level of humor of their other output, Kingpin may appeal to some ardent fans of the genre, and may be okay to watch on a slow day, but it is a bit of a disappointment as a follow-up to Dumb & Dumber. 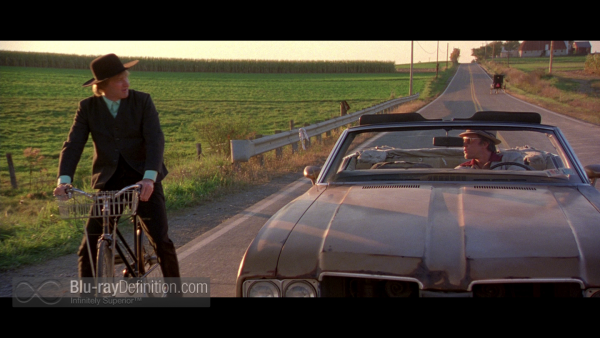 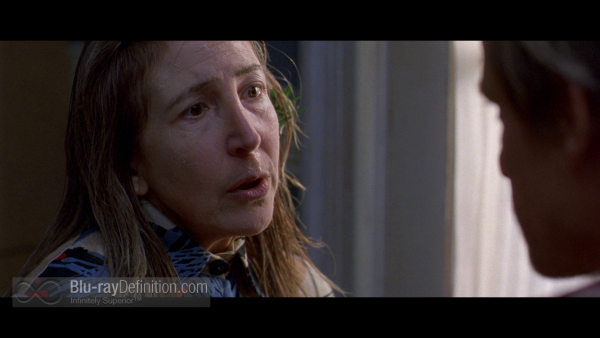 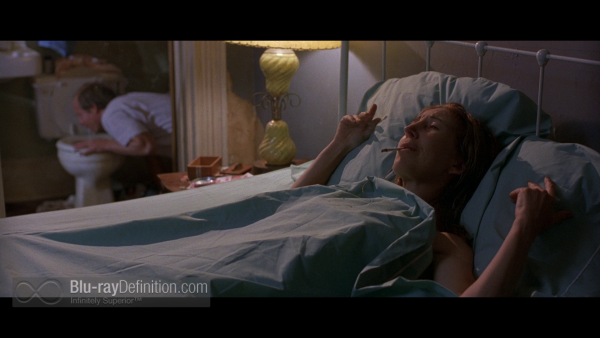 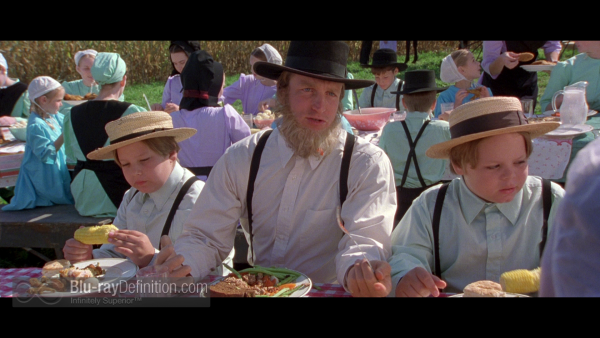 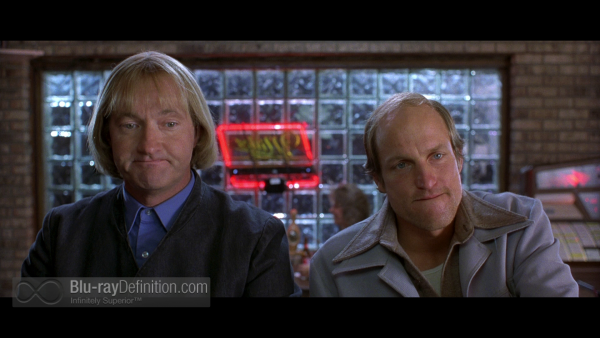 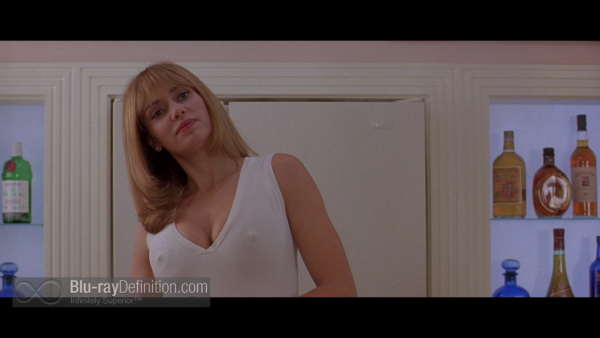 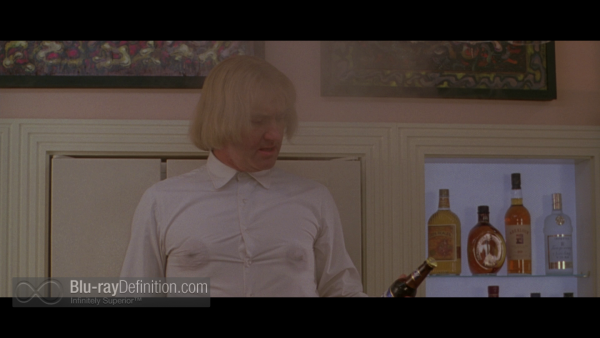 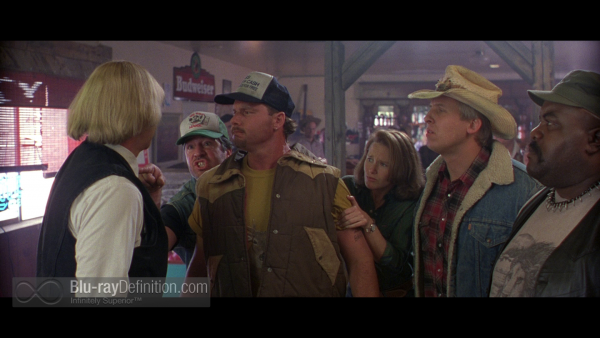 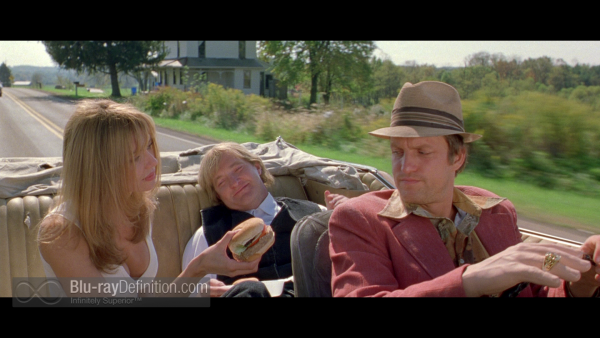 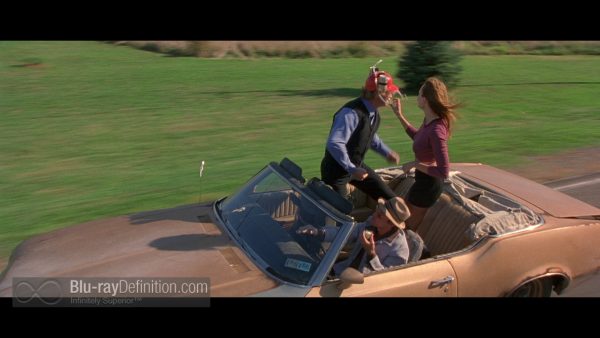 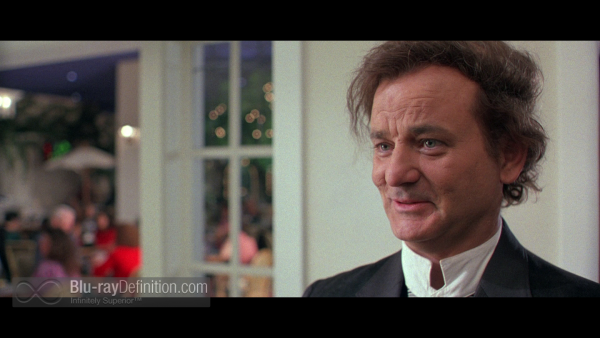 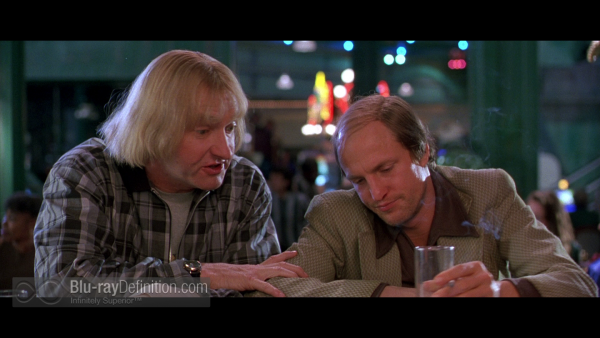 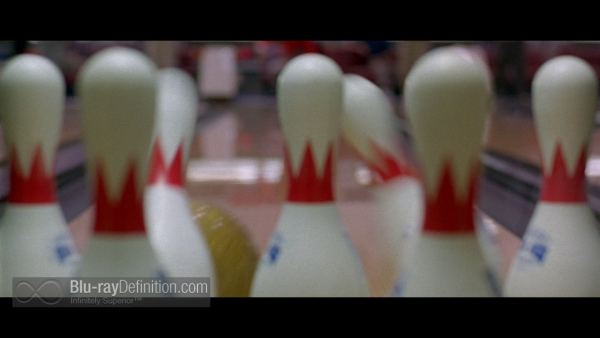 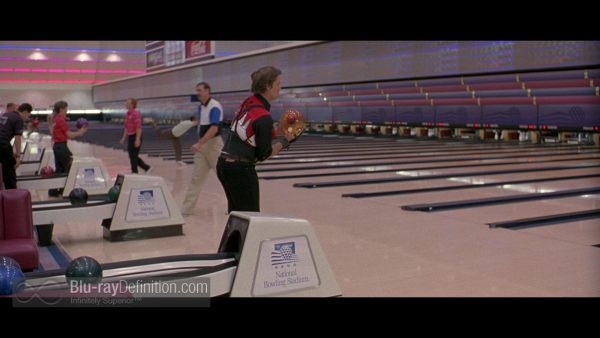 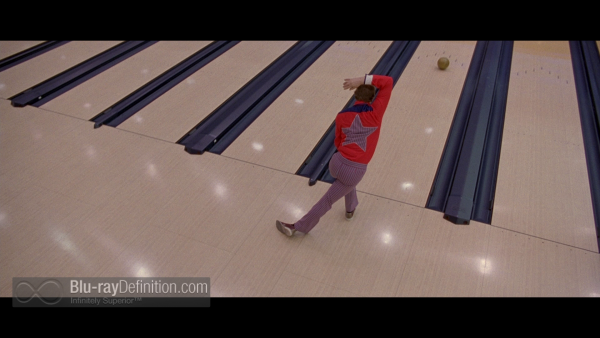