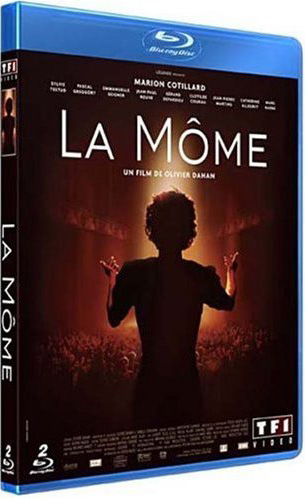 There seems to be a common thread, a single vein running through the lives of all great artists. Absentee parents, drug and alcohol abuse, an early life of poverty — one might think living these hardships are a prerequisite to creating great art. Edith Piaf’s (Marion Cotillard) life paralleled that of many of her contemporaries, even prompting a nod from director Olivier Dahan at the life of Jazz singer Billie Holiday.

Debuting at the Berlin Film Festival in 2007 and starring Marion Cotillard who would go on to win an Oscar and BAFTA for Best Actress, La Môme, or La Vie En Rose, as it is known outside of France, is a biopic from director Olivier Dahan about the late French chanteuse Edith Piaf.  Using a nonlinear approach, La Vie En Rose uses flashes from the latter part of Piaf’s life and intertwines them with her past to tell the story of her rise from the slums of Paris as a child to the height of popularity as an international celebrity. 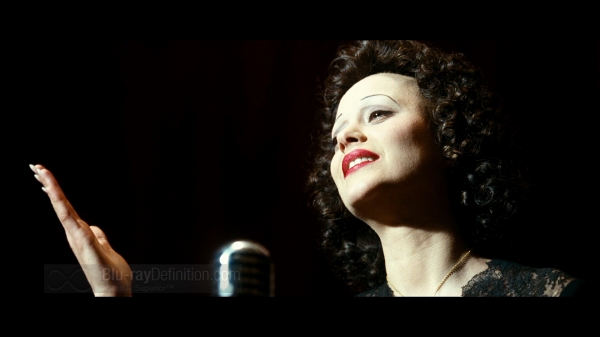 Piaf rose to sudden fame as a street singer when she was discovered by nightclub owner Louis Leplée, and was labeled La Môme Piaf, or The Little Sparrow, because of her small stature and powerful singing voice.

Marion Cotillard portrays Edit Piaf brilliantly in this moving and evocative film, enduring hours of makeup preparation everyday to go through the aging process in order to portray Piaf in the late stages of her life, when she was suffering from liver cancer. Portraying an icon for any actor is always a thin line between absolute imitation and injecting one’s own personality and skill into the character, and Cotillard found that balance. Not only did she morph into the monument that is Edith Piaf, even getting some snippets of her own vocals left in the film by Olivier Dahan, she owned the character. It is this that makes her portrayal so moving and so endearing.

La Vie En Rose is so staggeringly heartbreaking in its deliverance of the life story of Edith Piaf it is nearly impossible not to be overtaken by an abundance of emotions. Dahan also succeeds in making La Vie En Rose a universal film that reaches beyond the borders of France; something fitting for a performer who, though most popular in her native country, was well-known and much-loved beyond its borders, even if for only a few songs from her huge catalogue.  It is an international film, by all means, and that is born out by the accolades granted upon its star, Marion Cotillard, around the world.  One does not have to be French or even a fan of Edith Piaf to be taken by La Vie En Rose, one simply has to watch the enchanting performance by Ms. Cotilllard and the thoughtful direction by Olivier Dahan. 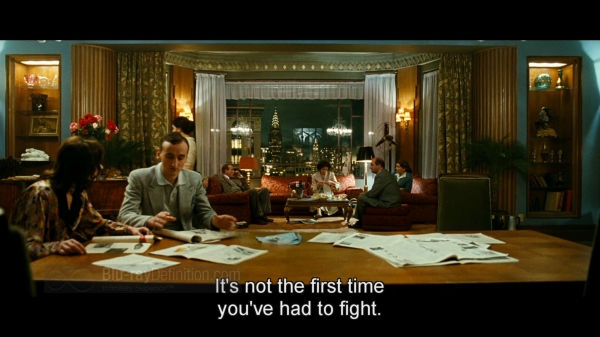 La Vie en Rose’s 2.35:1 theatrical aspect ratio is delivered on this BD25 disc in an AVC/MPEG-4 1080p/24 high definition encoding from Icon. At first glance the picture looks pleasing enough, with a good amount of texture, relatively fine yet subtle grain structure and a lack of any obvious compression artifacts. Unfortunately, black levels are so low, that the film suffers from black crush in many of its scenes and contrast often clips as well, so throughout the film, much of the detail is masked. Flesh tones are also a less than accurate. On the plus side, the source is clean, as one woud expect from a film this recent, but those not enraptured by the story will not find much to rave about in the picture quality. 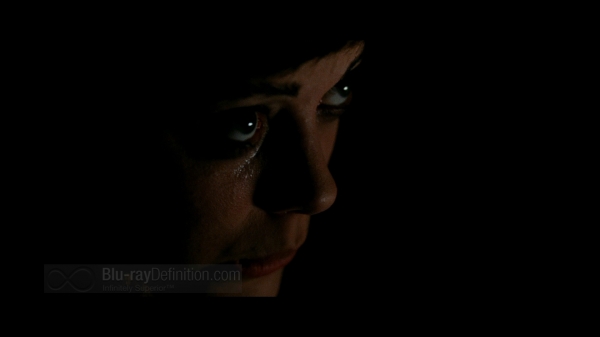 La Vie en Rose is provided with a French DTS-HD High Resolution 5.1 (48Khz/24-bit) soundtrack with forced English subtitles for this Blu-ray release from Icon. It’s unfortunate that for a film that relies on its musical content as much as its dialogue that the lossless Master Audio variety of DTS-HD was not used, but the High Resolution encoding works well enough. The mix is engaging, with good use of the surround channels for ambient and discrete effects. Performance sequences are lively and various scenes of parties and restaurants are filled with chatter and movement. There is not  much low frequency extension in this sound mix, so don’t expect the sound to rattle the floorboards. 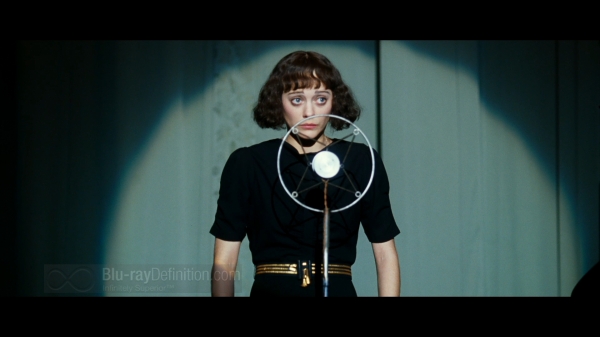 Apart from the original French theatrical trailer provided in high definition, all of the supplemental materials for this release are provided on a separate Region 2 coded DVD in the PAL standard definition format. Of particular interest to fans of Edith Piaf will be the final featurette on the disc, Edith Piaf, that obscure object of desire (1.33:1/PAL), which is a mini-documentary on the life and influence of Piaf. 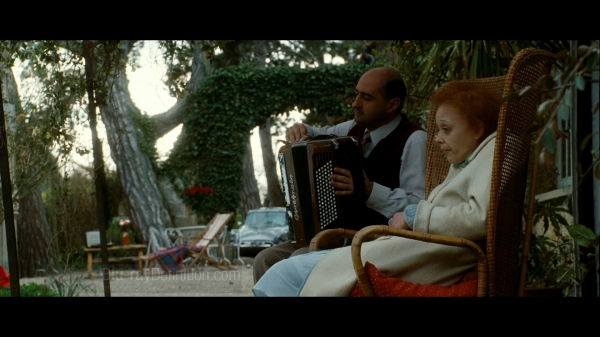 Despite the flaws of the transfer, La Vie En Rose is a compelling look at the life of Edith Piaf with a top-notch performance from Marion Cotillard that earned her a well-deserved Best Actress Oscar. While this Blu-ray release may not be absolute reference quality, it will still be the best version available of this moving film that shouldn’t be missed.