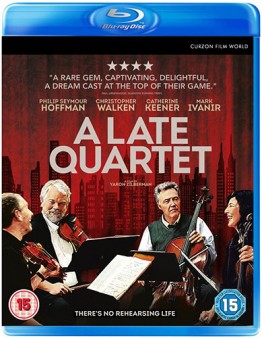 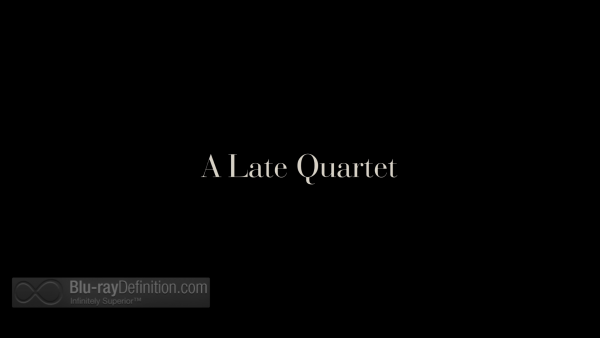 Young filmmaker Yaron Zilberman assembles a powerhouse cast of veteran actors for his second film and first feature fictional film, A Late Quartet, a metaphorical examination of the discordant interpersonal contact of a long-running string quartet.

On the cusp of their 25th season together, The Fugue Quartet’s cellist, and eldest member by twenty-years or so, Peter Mitchell (Christopher Walken) announces that he has been diagnosed with Parkinson’s disease. Already realizing the effects on his playing, his has determined to leave the quartet and make the first show of their 25th season together his last. The announcement sends a ripple through the threads of the tightly woven ensemble and exposes the underlying personal issues that have been just under the surface for years. Married couple Robert and Juliette Gelbart (Philip Seymour Hoffman and Catherine Keener), the group’s Second Violinist and Violist, respectively, experience marital problems when Robert expresses a desire to begin alternating as first violinist once a new cellist is found. When Juliette sides with Daniel Lerner (Mark Ivanir), her old college flame and the ensemble’s first violinist, it sends Robert right into the arms of a young flamenco dancer he’s been building up a relationship with. Meanwhile Daniel, a rigid technical player who refuses to allow the group to go out and perform without their sheet music has been mentoring Robert and Juliette’s daughter Alexandra (Imogen Poots), and it turns rather sexual.

Zilberman uses the symbolism of the quartet, Beethoven’s late quartets, especially, sublimely here, in both the subtly melodramatic way the story unfolds and in how the music itself is used as the score to the tumultuous human drama being told. The actors are all refined, as one can tell, not needing much guidance at all, and they play off of one another the way a quartet might do the same. In one scene, right after Mark Ivanir’s character has just subtly rejected a sexual advance from Philip Seymour Hoffman’s daughter, Hoffman is scolding him, as a musician, that he must “let go of his passion!”, it’s utter genius. 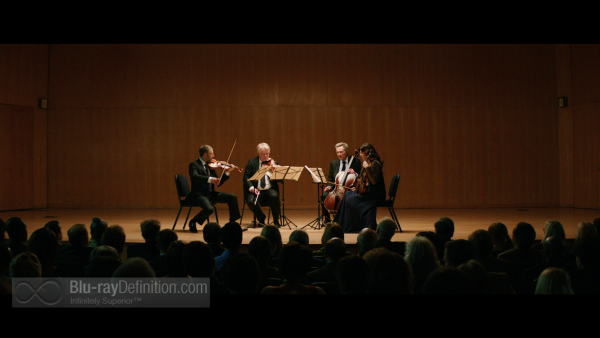 This high definition production, shot on the Arri Alexa in an anamorphic format, looks beautiful and almost film-like at times in this AVC/MPEG-4 1080p encodement from Curzon. In comparison to its US counterpart, the Curzon release on Blu-ray has subtler saturation, a bit of a cooler palette, and looks more natural overall with better white levels. Either way, if one hadn’t seen either or, this is a good looking film. 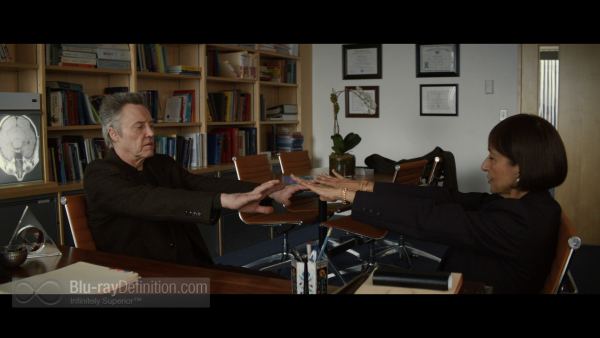 This is a straightforward soundtrack, offered up in DTS-HD Master Audio 5.1 (48kHz/24-bit) and LPCM 2.0 (48kHz/24-bit). The 5.1 track comes alive during the classic performances, and the Beethoven score, airy and subtle, underpins what is a natural and warm sounding, dialogue-driven mix. The surrounds are subtle, with low level atmospherics. 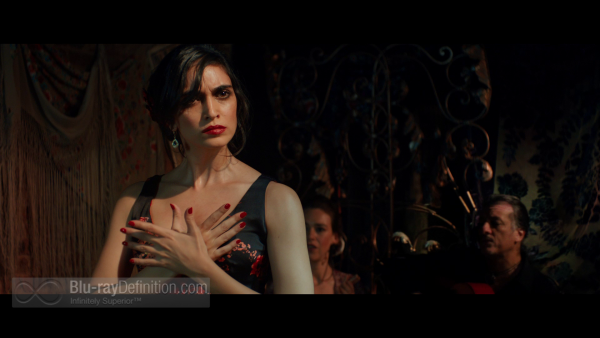 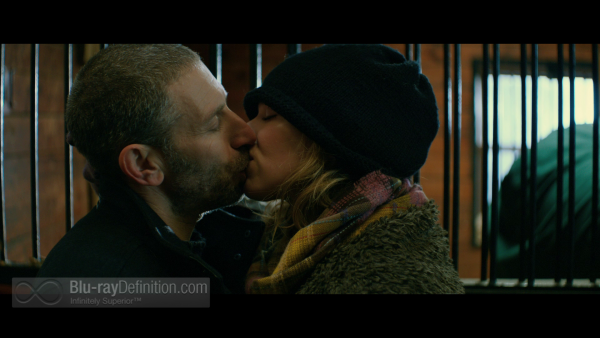 A Late Quartet is hardly groundbreaking as we’ve been through this territory before in film, but kudos must go to Yaron Zilberman for making a fictional feature debut so moving and eloquent. The idea to use the quartet as a metaphor is in itself not unique either, but Zilberman executes it sublimely with the aid of striking performances from his cast of A-list actors. 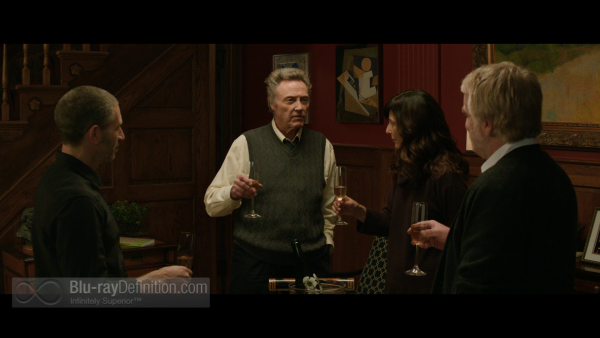