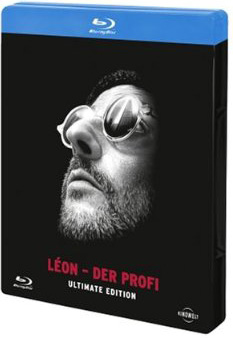 In 1994, Luc Besson had already made a name for himself as a filmmaker internationally through his work on the films Nikita and La Grand Bleu. If there was any mark against him, it was that his work was often criticized for being all gloss, no substance, and overly violent. Surely Nikita, or La Femme Nikita as it is known in the US, might easily fit that description. The world, then, was not quite prepared for what was  still to come from the writer/director in the form of Léon (known in the US as The Professional). 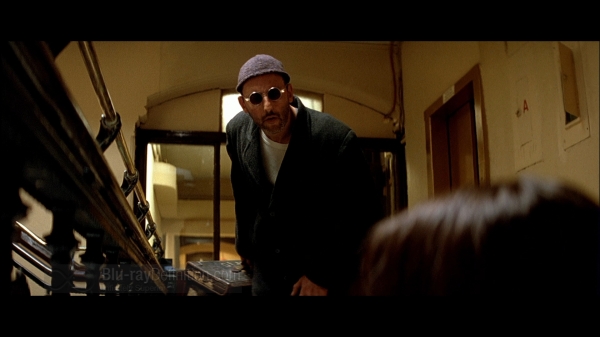 What makes Besson’s film controversial, obviously, is the awkward, to many, sexual overtones of the relationship between the precocious young Mathilda and the unsuspecting Léon. Initially, the longer, so-called, “international version” of the film, which contained some 33-minutes of additional scenes exploring the relationship between Mathilda and Léon was available only in Japan. Eventually, the extended edition was released to DVD and laserdisc, but, alas, only in Europe and Japan. Anyone who has seen the extended version of the film knows that it is superior to the gutted version that, for many years, was the only one made available to US consumers. 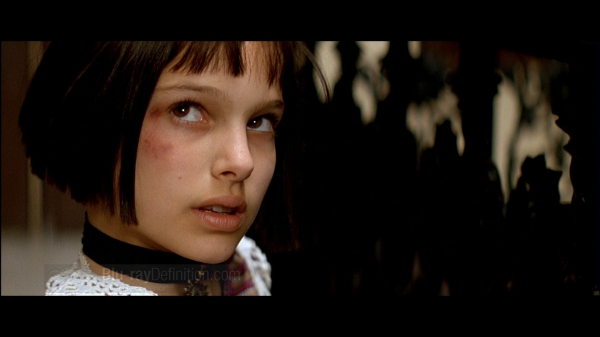 Léon is given a fine Blu treatment in this 1080p/24 AVC/MPEG-4  2.35:1 encoding from Kinowelt Home Entertainment.  Being 15-years-old now, one would expect the source to be less than spectacular, but it is obvious right from the opening scenes that great care and attention has been used in bringing this classic film to high definition. Artifacts of age are few, with only a minor speckle or scratch creeping in on the odd occasion, which is to be expected. Léon has been cleaned up, for certain, but unlike catalogue releases from other studios, DNR (Digital Noise Reduction) is hardly excessive here, and the grain structure has been well preserved, with sharp detail retained in flesh and clothing.

Black levels are obsidian and consistent, though there is some occasional crushing in dark scenes. Contrast never blooms and flesh tones are natural even as colors pop in Besson’s stylized lens. This Ultimate Edition of Léon is a deservedly reference-quality catalogue release. 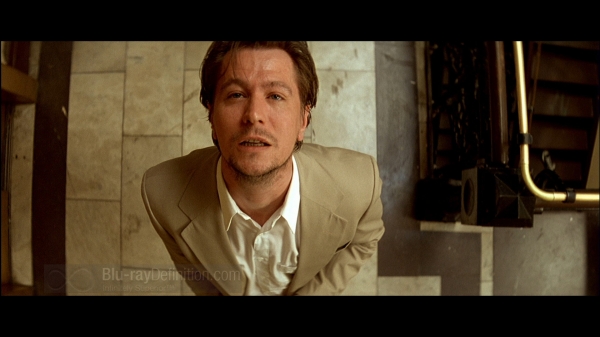 This release is provided with two main audio options, a DTS-HD High Resolution 7.1 mix of the original English soundtrack and a German DTS-HD High Resolution 7.1 dub mix. Additionally, there are German subtitles available. Although the DTS-HD HR mix is not lossless, its high bitrate provides superb sound quality that will be quite adequate for most people and will most likely be indistinguishable from a lossless DTS-HD Master Audio encoding on a preponderance of sound systems.

The mix is not the most aggressive of 7.1 mix mixes I have ever heard, that designation will still have to go to either Saw V or the Japanese release of Ghost in the Shell, but the added channels provide for a more immersive soundstage filled with many ambient effects that make for a lively and entertaining presentation. The dialogue is intelligible, with only some vaguely noticeable clipping in one or two scenes, and in the film’s dénouement, the sound effects are skillfully aided by a decent amount of low frequency extension, but don’t expect a thorough workout for the subwoofer from this soundtrack. 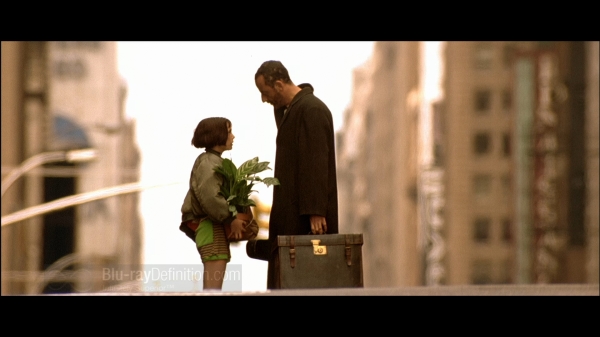 All supplements, save the Photo Gallery are provided in standard definition PAL on this release, so unless you are in a PAL region or using a player capable of making the conversion from PAL-to-NTSC, you will not be able to view those. The supplements offered are surprisingly interesting and, also interestingly, all in English. They have also managed to track down the film’s big stars, Jean Reno and Natalie Portman for interviews, which is a welcome bonus, making this release even more worthy of the moniker “Ultimate Edition.” 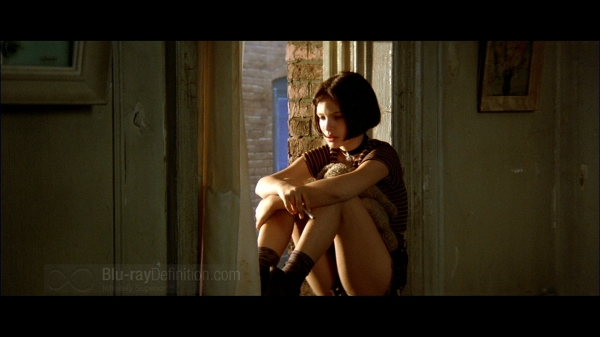 This Luc Besson film featuring timeless performances from Jean Reno, Gary Oldman, and a young Natalie Portman is treated to a fine video transfer in this German Steelbook release. If you can playback Region B titles, then I highly recommend picking this one up if you cannot wait for it to head to US shores.

Shop with us for More Blu-ray Titles at Amazon.de