Thirty-something former dancer and now choreographer Liam Scarlett has already made a mark for himself in the ballet world and Frankenstein is his most recent work for the Royal Ballet Company, having premiered on May 4, 2016 (and filmed two weeks later for this Blu-ray Disc première). Scarlett had intended to return to the Mary Shelley original source but this adaptation could be considered loose at best.

Dr. Alphonse Frankenstein (Bennet Gartside) and  wife Carolina (Christina Arestis) place an orphan, Elizabeth Lavenza (Skya Powney) in their Geneva home. Several years later, Carolina is expecting her second child. Young Victor Frankenstein (Federico Bonelli) is preparing for medical studies and has fallen in love with the now grown-up Elizabeth (Laura Morera). He promises to marry her after he gets his medical degree. During the family’s celebration, Carolina collapses and dies after giving birth to baby William.

A grief-stricken Victor leaves for Ingolstadt University where he befriends Henry Clerval (Alexander Campbell) also an aspiring medical student. Victor becomes obsessed with reanimating the dead and, after many long hours in the anatomy laboratory, he finally succeeds. Unfortunately his Creation (Stephen McRae) is a hideous mute, and in its fear, runs off with Victor’s coat and detailed scientific journal.

There are some moments of truly fine choreography, particularly during the final fifteen minutes, but these are interspersed with far too many static stage moments. Judicious use of projections add atmosphere to the often-elaborate sets like the experimental laboratory with its electrical devices. American composer Lowell Liebermann contributes a derivative score, quite danceable and melodic, in a John Williams,  Sergei Prokofiev, Aram Khatchaturian and Bernard Herrmann vein. Veteran conductor Koen Kessels does what he can to get his Royal Opera Orchestra players to render this film soundtrack type music. The principal dancers Bonelli, Morera, and the amazing McRae essay roles created specifically for them and do their level best to make them work-we just do not get enough standout routines for them to perform. 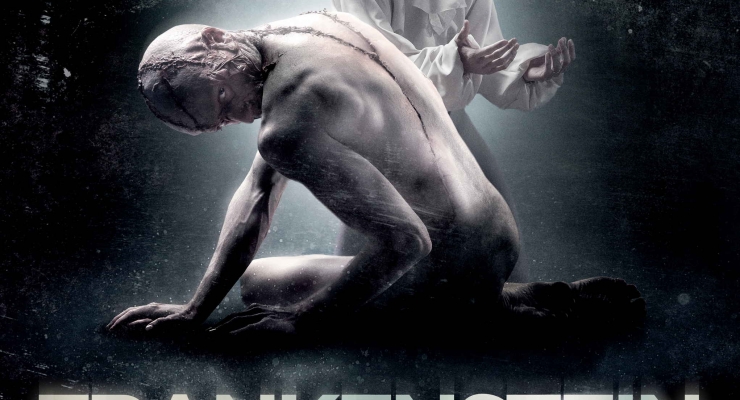 Director Ross MacGibbons, a former dancer,  gives the cast and some striking sets his usual loving care treatment. Colors and details are at the usual high Covent Garden standards. Special effects like the creation of the monster proved exciting as well.

Dolby Atmos is one of the three audio options that defaulted to the Dolby TrueHD 7.1 (48k/24b) codec on my surround processor. Even so, the music is spacious and the hall ambience well captured.

The program booklet provides a detailed background essay by Will Richmond, Scarlett’s scene-by-scene synopsis of the action, cast and production credits, and color performance photographs. There are several brief and largely dispensable video extras:

As a balletomane, I had greatly anticipated this new work as the first serious setting of a classic Gothic horror story for the dance stage. I only wished that there had been more dance and less shtick. In spite of some incendiary special effects, most of the choreography lacked such sparks of energy and squandered the talents of three very accomplished  dancers. Hopefully choreographer Scarlett and composer Liebermann will take a second look at what they have created and make some clearly needed revisions.