Ben Affleck wrote, directed, and starred in this overly drawn out and underwhelming adaptation of Dennis Lehane’s 2012 best-selling novel Live by Night.

A prohibition era crime drama, the story follows Joe Coughlin (Affleck), the World War I veteran son of a Boston cop who returns home and gets involved with a local Irish mobster Albert White’s (Robert Glenister) girlfriend (Sienna Miller), while pulling petty crimes like robbing underground poker games and bank robberies. The latter earns him a three-year stint in prison when one of his ban jobs goes bad and three cops end up dead after a car chase. After having fallen in love with White’s girlfriend, she ends up being the one who turns on him in the end and gets him caught between getting killed by White or caught by the cops. After his run in prison, Coughlin turns to Italian crime boss Maso Pescatore (Remo Girone), White’s rival for a job, hoping he can eventually get back at white.

Coughlin heads down to Ybor, FL to become a bootlegger for Pescatore and eventually takes over the entire rum trade down there with help from his sideman, an old friend Dion (Chris Messina), and he also hooks up with a beautiful Cuban woman, Graciela (Zoe Saldana), whose brother is responsible for shipping in the molasses they need for bootlegging Pescatore’s illegal rum. But Coughlin also has to deal with violent Klansmen that want them out, radical evangelicals, the most influential of them being the local sheriff’s (Chris Cooper) young daughter Loretta (Elle Fanning), and squashing White and his trade once and for all. Once prohibition is ended, Coughlin finds himself struggling to find new revenue streams and coping with a boss up North disappointed in him that his legal casino gambling scheme didn’t pan out.

Somewhere in Live by Night is a slow burning crime drama that would make for a gritty, period gangster film, but Lehane’s sprawling story just gets away from Affleck at all turns. The most attractive asset of the film is the period visuals that are captured beautifully by cinematographer Robert Richardson (Kill Bill). The detail to the period is impeccable, but outside of that, the film is one that seems to drag on endlessly. Affleck is fond of allowing Coughlin to tell us that he is not or doesn’t want to be a gangster, but in his consistently non-emotive Affleck sort of way, he continues to allow Coughlin to get deeper into the mud, so to speak, of having people shot in the head and ruthlessly taking over the entire Central Florida bootlegging scene.

The exciting moments of the film come early and late. In the film’s first act we get a typical car chase scene that can hold up the best of any classic gangster film car chase. Then things settle into a lengthy film of monologues and maneuvering over things that are pretty much telegraphed. Finally in the film’s third act we get an explosion of gunplay that we knew was bubbling up under the surface. With most films and directors that might have ended it, and it should have. Not with this film. Affleck tacks on another epilogue of ten additional minutes or so following Coughlin after he’s hung up his hat as a gangster. At that point, we really don’t care.

What Live by Night needed was a more capable screenwriter to adapt the novel, a more capable director to give the film more focus, and to be edited down to a more manageable length or perhaps someone to help Affleck out. 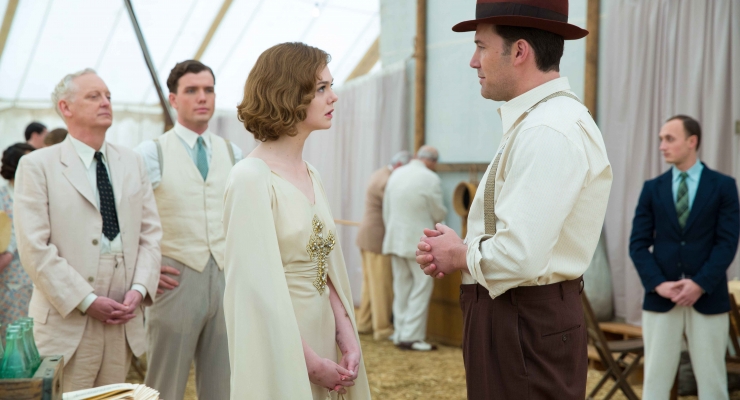 How disappointing Warner chose not to release Live by Night on Ultra HD Blu-ray given the film was shot on the Arri Alexa 65 with Panavision Sphero 65 and Super 70 lenses at 6.5K resolution and on the Red Weapon Dragon at 6K resolution, and utilized a 4K DI (Digital Intermediate) in the color coding/processing stage. That said, we get a beautiful AVC 1080p encodement on Blu-ray framed at 2.40:1 that is detailed and has strong shadow delineation, even if it does get a little murky in the darker areas at times and lapels tend to get a little lost without completely crushing.

Live by Night comes with two lossless surround mixes, a Dolby Atmos mix and a DTS-HD Master Audio 5.1 mix. This film is one that deals in subtleties and dynamics – a lot of dialogue, the quiet score, the sound of the classic cars roaring in a car chase and the violence of gunfire erupting. The Atmos mix certainly captures the dynamics and placement better, but the 5.1 is no slouch either, so don’t feel like you’re missing out if you haven’t upgraded yet.

The extras are mostly brief, but do offer some interviews with the cast, crew, and author of the original novel. The audio commentary from Ben Affleck is interesting, but nothing extraordinary.

There is certainly potential in Live by Night, but it wasted potential. The story elements are there, the actors are there (except, perhaps, Affleck himself), and the cinematography. The Blu-ray is also reference quality, but the film is flawed and dull.