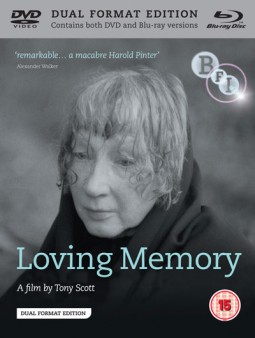 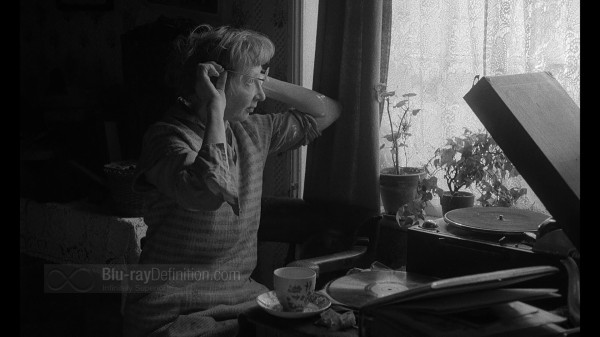 Creator of big budget Hollywood blockbusters and younger half of the Scott Brothers duo Tony made his feature film debut with this quiet yet eerie 57-minute 1969 film, Loving Memory. The story is placed in a setting not unfamiliar to the Scotts, a rural North-Eastern (?) English countryside where an isolated older brother and sister run over a young man (David Pugh) on a bicycle, killing him and taking his corpse back to their house.

Back at the house, the sister (Rosamund Greenwood, The Witches; Village of the Damned) plays dress up with the body, putting him in an old military uniform of a dead older  brother, as brother Ambrose (Roy Evans, Blackadder; Dance of the Vampires), a lead miner, builds him casket.

Rosamund Greenwood’s creepy performance carries the film along as she “narrates” a history of her life, their older brother’s, and Ambrose’s to the corpse against the dense, congested, almost claustrophobic and cluttered backdrop of the pair’s home, beautifully captured on film through the wondrous cinematography of Chris Menges (If…., Kes)

As a debut “feature,” if you can consider under an hour a feature, Loving Memory is a brilliant showcase in the horrors of human existence. A scary, creepy film, without any real gore, no ghosts, and no overload of special effects — try finding something like that today. 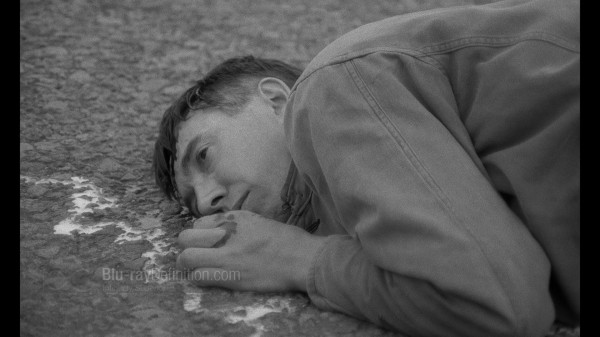 The film appears in its original 1.66:1 aspect ratio in an AVC/MPEG-4 encoding from the BFI on Blu-ray. Black and white films always seem to translate very well to high definition looking very sharp and detailed, with a strong, film-like quality, assuming they aren’t destroyed with DNR. Loving Memory hasn’t been smoothed over, and it retains its film-like appearance and a fine amount of detail. Contrast and shadow delineation are strong and the image has an almost three-dimensional appearance. Given its age, some source damage does appear from time to time, but it is hardly enough to be distracting. The film has been cleaned up just enough to still look like film, but not look terrible. This is another strong effort from the BFI. 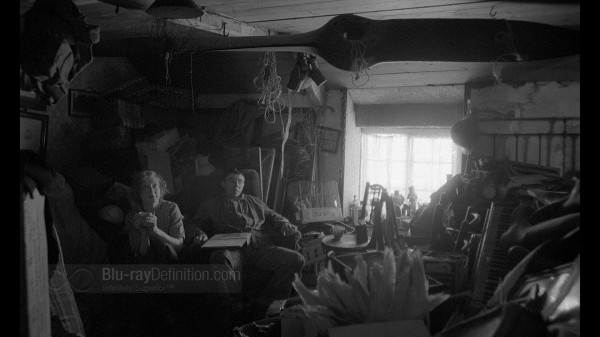 The soundtrack was transferred from the original magnetic reels, with audio issues such as pops, crackle, and noise/hiss also improved. The soundtrack is offered on the Blu-ray in an English PCM 2.0 Mono (48kHz/16-bit) mix. The sound is really quite muffled, probably due to a combination of the production and the age of the tracks. Dialogue also suffers from a lot of sibilant distortion, which becomes very distracting. Other than that, there isn’t much else to say about this soundtrack. It’s a very quiet film and the monaural mix is sufficient. 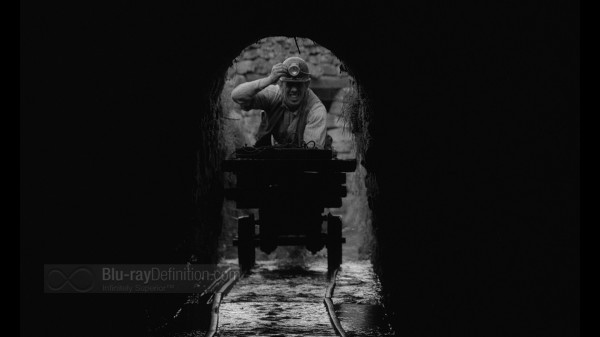 The BFI have provided two additional early short films from the Scott brothers on this release, making this dual format edition a true value for any film lover. 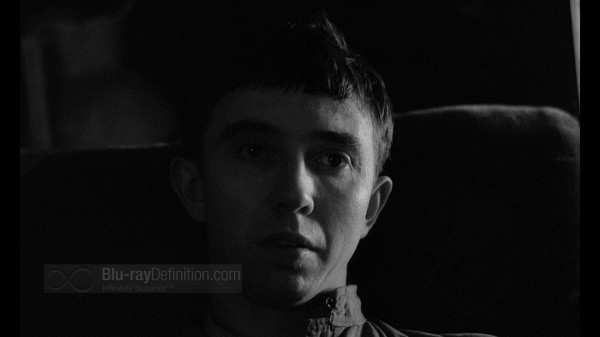 The Scott’s production company made their feature debut (as did Tony Scott) with this thought provoking dark tale. The real treats in it are the hair-raising performance from Rosamund Greenwood and the lush, intricately detailed camerawork by Chris Menges, beautifully rendered in a spectacular transfer to high definition by the BFI. 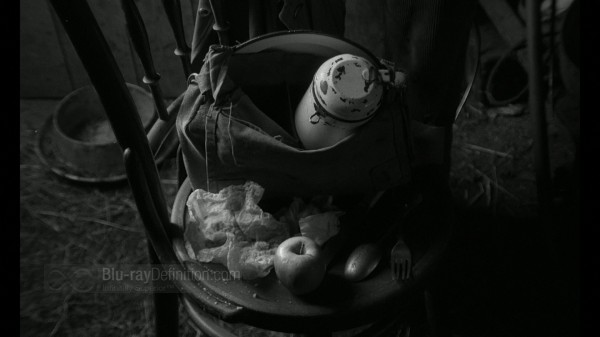 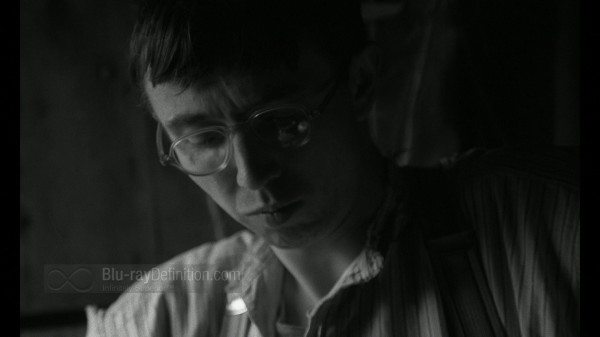 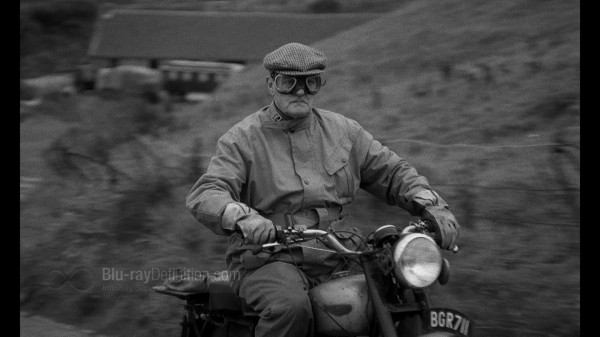 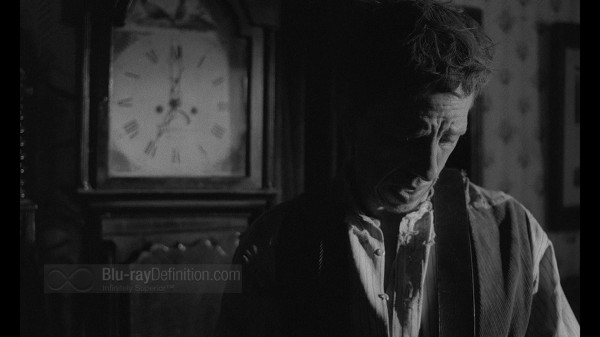 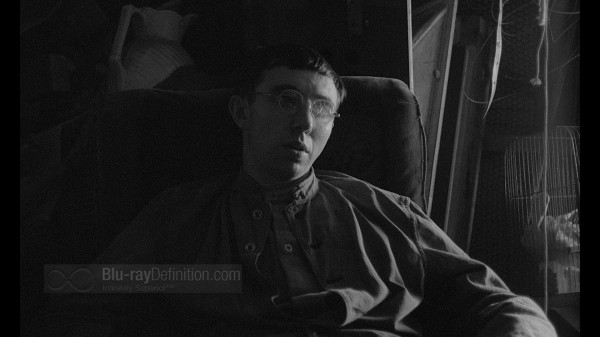 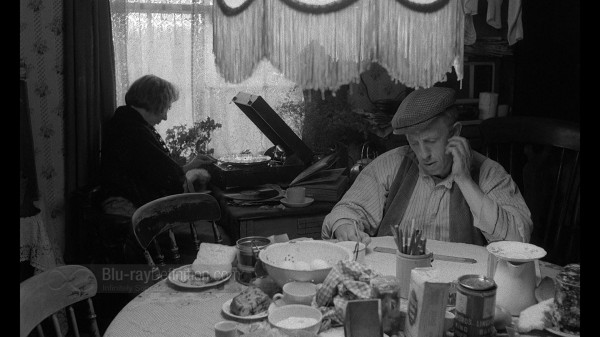 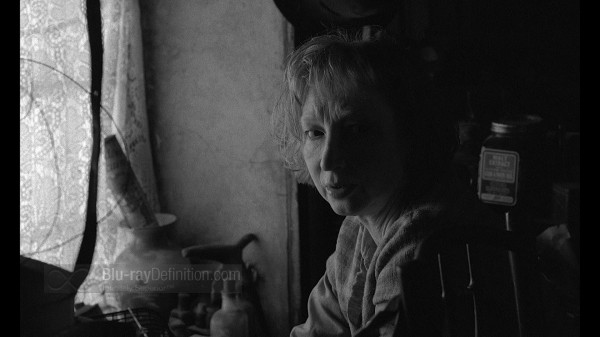 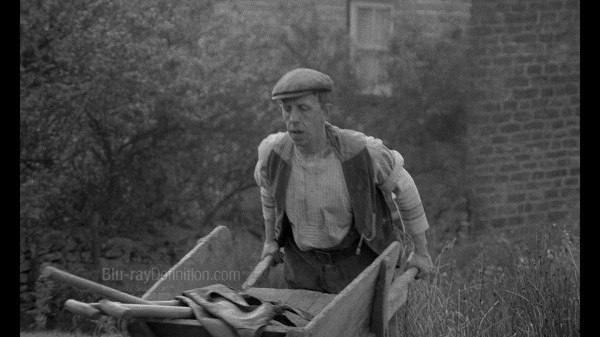