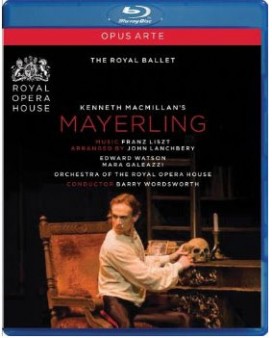 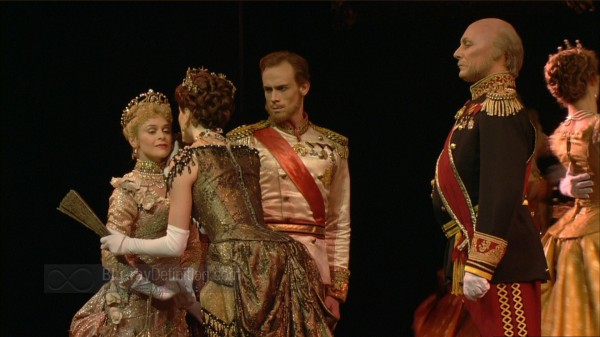 The truth about the double death of Crown Prince Rudolf of Austria-Hungary and the 17-year-old Mary Vetsera has never been established because of an instant cover-up. Rudolf’s unhappy political marriage to Princess Stephanie of Belgium, his involvement with the Hungarian separatists’ cause, and the oppressive opposition of his father, Emperor Franz Josef, undoubtedly motivated the desperate conclusion at Mayerling. Memoirs and letters reveal that Rudolf was a depraved and often violent prince, and Mary an obsessive girl only too ready to die for the idea love.

Prologue – The Cemetery at Heiligenkreuz before dawn

Scene 1 The ballroom at the Hofburg (Imperial Palace), Vienna

At the ball to celebrate his wedding to Princess Stephanie of Belgium, Crown Prince Rudolf offends his parents and bride by flirting openly with Princess Louise. Left alone, Rudolf meets Countess Larisch and Baroness Vetsera, who introduces her young daughter, Mary. They are interrupted by four Hungarian officers, friends of Rudolf, who forcefully plead the separatist cause of their country. Countess Larisch returns and tries to revive the intimacy of her past relationship with Rudolf. The Emperor discovers them and angrily rders Rudolf to return to his wife.

Scene 2 The Empress’s apartments at the Hofburg

Empress Elisabeth has retired from the ball and is enjoying the company of her ladies-in-waiting. Rudolf visits her before going to his bride. He is unhappy at his enforced marriage and attempts to engage te Empress’s sympathy.

Rudolf’s apartments at the Hofburg

Stephanie is prepared for the wedding night. Rudolf finds her alone and, before making love to her, terrifies her with a revolver.

Accompanied by Bratfisch, Rudolf and Stephanie arrive at the tavern in disguise. Seeing that Stephanie is unhappy, Bratfisch does his best to amuse her. The whores are resentful and try to recapture the attention of their clients; Stephanie leaves in disgust. Rudolf devotes his attention to his mistress, Mitzi Caspar, and to his Hungarian officers hide. Arrests are made and the police leave. In a mood of despair brought about by the constant surveillance, Rudolf suggests to Mitzi that they should commit suicide together. Count Taafe enters, having been informed that Rudolf is in the tavern, Rudolf again conceals himself, but Mitzi indicates his presence to the Count, with whom she departs.

Scene 2 Outside the tavern

As Rudolf leaves his friends, Countess Larisch, aware of his identity, contrives to present Mary Vetsera, whom she is ostensibly chaperoning.

Countess Larisch calls on her friend, Baroness Vetsera, and finds Mary absorbed by a portrait of Rudolf. She takes a pack of cards and tells Mary’s fortune, assuring her that her romantic dreams will come true, Mary gives her a letter for Rudolf.

During Franz Josef’s birthday celebration Count Taafe confront’s Rudolf with a political pamphlet. At the same time ‘Bay’ Middleton offers the Prime Minister a joke cigar, greatly amusing Rudolf, Elisabeth presents the Emperor with a portrait of his ‘friend’, Katharina Schratt, A firework display diverts everyone except Elisabeth and ‘Bay’. Rudolf observes their amorous exchange and is bitterly resentful. The resumption of the fireworks gives Countess Larisch the opportunity to tease Rudolf with Mary’s letter.

Scene 5 Rudolf’s apartments at the Hofburg

Mary and Rudolf meet in secret for the first time.

The pleasant day is shattered when Rudolf unaccountably fires wildly killing a member of the court and narrowly missing the Emperor.

Scene 2 Rudolf’s apartments at the Hofburg

The Empress discovers Countess Larisch with Rudolf and dismisses her, unaware that Mary is waiting outside. Mary joins Rudolf, who asks her to die with him.

Scene 3 The hunting lodge at Mayerling

Rudolf, drinking with Count Hoyos and Prince Philipp, indicates that he is unwell and they leave. Bratfisch realizes he has lost their attention and withdraws. In a mounting frenzy of passion, Rudolf makes love to Mary.  Calming his nerves with an injection of morphine, he embraces her once more then shoots her. Loschek, Hoyos and Philipp, disturbed by the shot, are reassured by Rudolf who, left alone, shoots himself.

EPILOGUE — The cemetery at Heiligenkreuz before dawn

There’s something for everyone in Kenneth MacMillan’s 1978 ballet based on the real life events surrounding the murder-suicide of Rudolf, the Crown Prince of Austria-Hungary and his 17-year-old mistress Mary Vetsera. There is intrigue, lust, insanity, despair and passion. All the makings of a contemporary psychological drama go into what amounts to a silent passion play of sorts. Mayerling seeps into the soul while the music of Franz Liszt, so hauntingly orchestrated by John Lanchbery, comes alive in this Royal Ballet production with Barry Wordsworth and the Orchestra of the Royal Opera House.

This new production of Mayerling revives the 1994 staging, utilizing the original costume designs by Nicholas Georgiadis and Gillian Freeman’s original scenario. This time out the role of Rudolf is danced by Edward Watson. He is an impassioned performer who twists every bit of pathos out of the role of Rudolf. He is grotesque yet sympathetic and there is a pall of foreboding over every gesture in Mayerling. This is art at its most sublime. 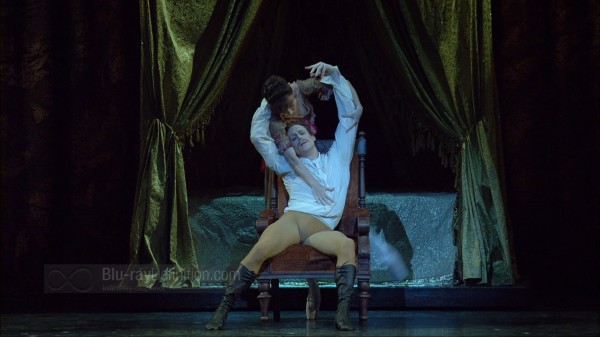 Mayerling, as per usual with these sorts of releases, was originally captured in 1080i high definition. It arrives on Blu-ray with a lush AVC/MPEG-4 encoding from Opus Arte full of texture that captures all of the elaborate and luxuriant details and shadings of the stage production. The midtones are rich, shadow detail is well extended, costume designs are all intricately preserved and artifacts are a non-issue. One can see the beads of sweat running down the dancers’ faces quiet easily in this excellent production. 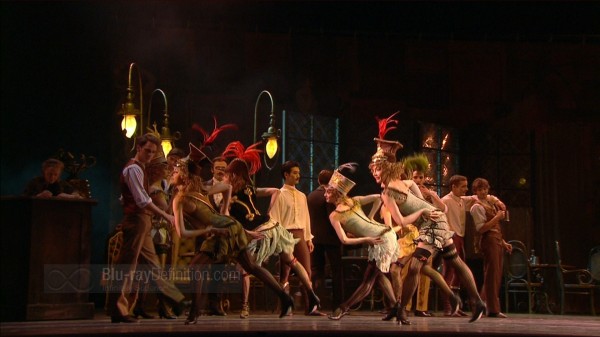 The two excellent high-res options, a DTS-HD Master Audio 5.1 (48kHz/24-bit) and a PCM 2.0 (48kHz/24-bit) mix both provide wonderful entertainment value and sound very good during playback. My personal preference, however, is for the marvelously believable surround mix that offers a beautifully expansive soundstage with just the right amount of ambience in the surround channels so that even the dancers’ movements fill the room in a natural way. I don’t know that either program sounds convincingly “live” to my ears, perhaps due to so many years of listening to recordings at even higher resolutions than this on SACD, DVD-A and even Blu-ray Audio now, but they come pretty close. The 2.0 mix sounds just a bit stifled to my ears, but the stereo separation and dynamic range is on par with the surround mix for those who prefer 2 rather than 6 channels. 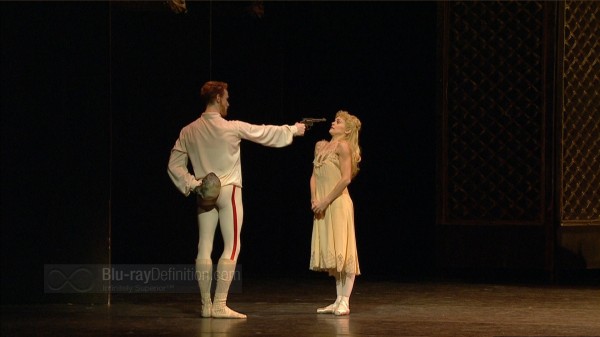 With the rich history, powerful subject matter and impassioned performances of this production it feels a missed opportunity that the supplemental materials on the disc do little more than offer passing information on the work’s background. The bulk of that comes in the one featurette on the costume design. 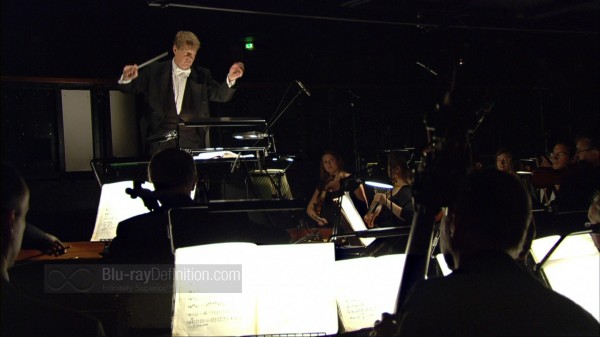 This production of Mayerling from The Royal Ballet on Opus Arte is what the promise of Blu-ray is all about. It brings this exquisite fine arts production right into your home at the highest level of quality. This re-engagement with MacMillan’s Mayerling cannot possibly get any better unless you can go out to see it for yourself. For the rest of you, you must enrich your soul with this brilliant offering on Blu-ray. 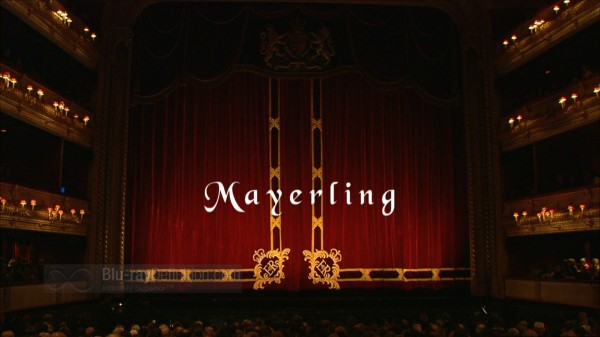 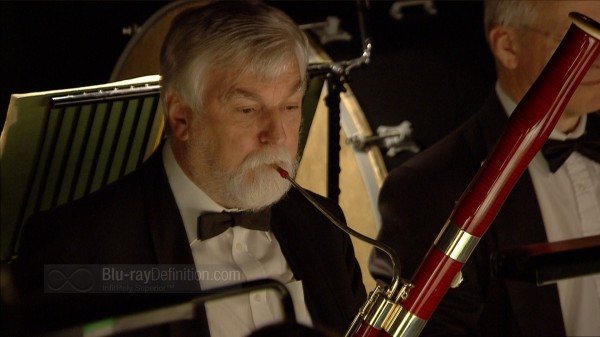 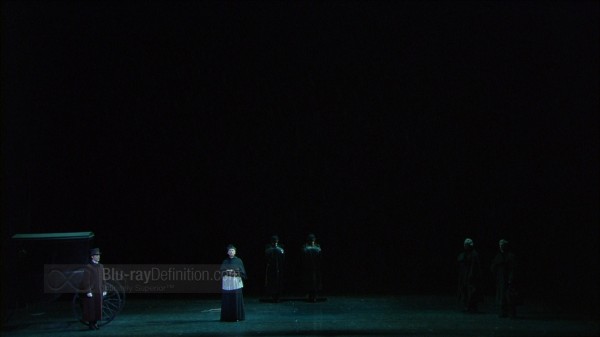 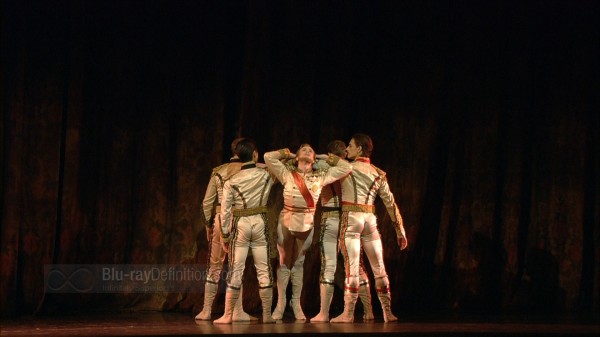 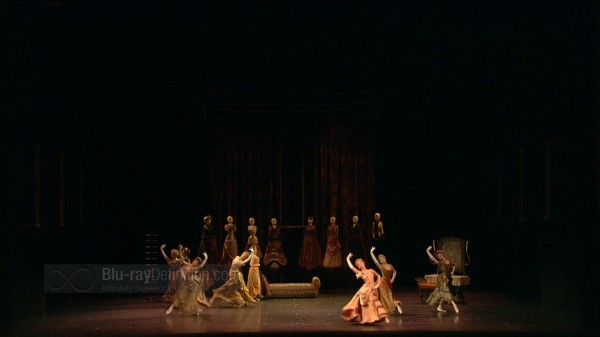 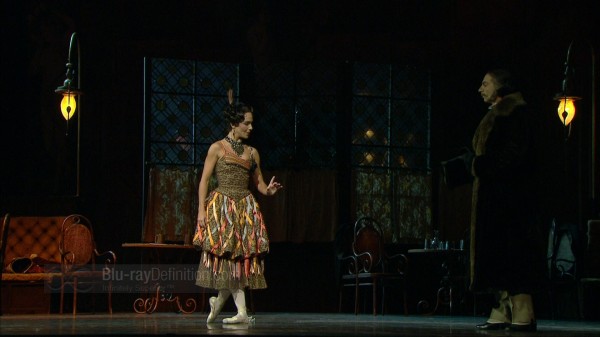 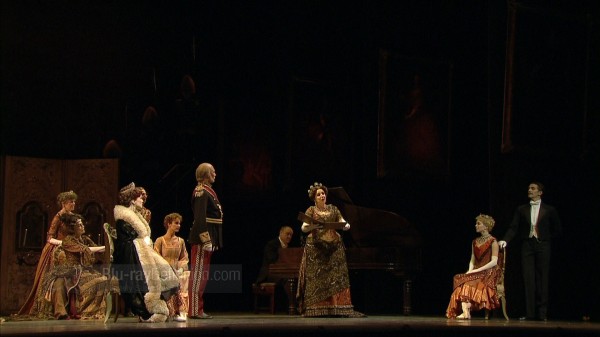 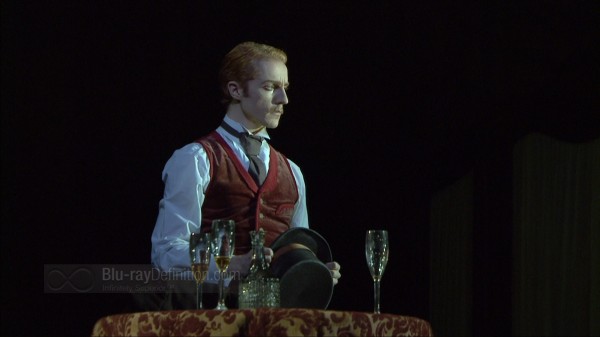