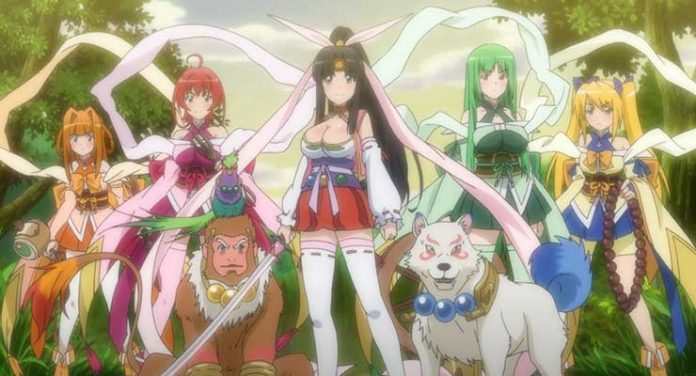 A pretty straightforward mahō shōjo OVA anime series, Momokyun Sword (モモキュンソード), based on the traditional Japanese folktale “Momotaro” follows the girl, Momoko, who was born in a giant peach. She is found 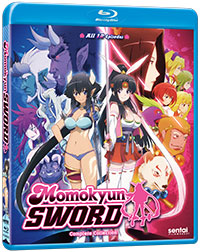 by an elderly couple who raises her as her own. She has three magical animal companions as her only friends, Inugami the dog god, Sarugami the monkey god, and Kijugami the pheasant god. Momoko can merge with either of these animal gods and become a very powerful magical girl, and it is a skill she will need. A demon king has sent his minions out to search for pieces of an artifact that protects the land, but has shattered and scattered around. A group of beautiful, buxom, celestial goddesses have also descended to stop the demon king and gather these shards before the demon king can. Of course, Momoko, being so powerful unusual, and, well, beautiful, finds herself caught up in the mix and on the hunt for the shards as well, helping the goddesses out.

While this series will certainly not be groundbreaking to anyone the least bit familiar with the mahō shōjo (magical girl) or fan service genres, it is certainly pleasant enough to be mildly entertaining. The character designs are beautiful, having a definite moe appeal, even if this particular series never crosses the line into full-on fan service, for those who like that sort of thing. The interaction between Momoko and her bestial companions is cute, sometimes too cute, or Momoko is sometimes too cute, one of the major weaknesses of the series, as are constantly shifting allegiances of the antagonists in the series. It gets a little difficult to keep track of who’s on which side sometimes. 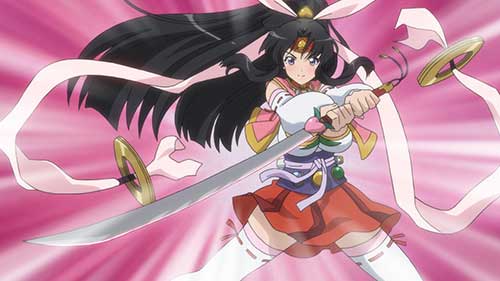 This is a solid release to Blu-ray of the AVC 1080p digital animation for Momokyun Sword. While it isn’t flawless (some softness and banding can be spotted) colors look vibrant and it is satisfying on the whole, and free from motion artifacts. 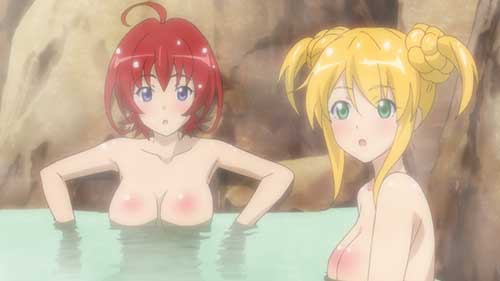 Only the Japanese soundtrack is on offer here — no English dub – accompanied by English subtitles. As far as the sound goes, it is a fairly good mix for a stereo track with decent dynamic range, clean dialogue and exciting sound effects. The voice cast hit the mark and get you involved in the characters, the comedy, and the adventure, even if the story itself is a bit disjointed.

Momokyun Sword comes with a typical slate of clean opening and closing animations and a selection of promotional Sentai Filmworks trailers for additional releases. 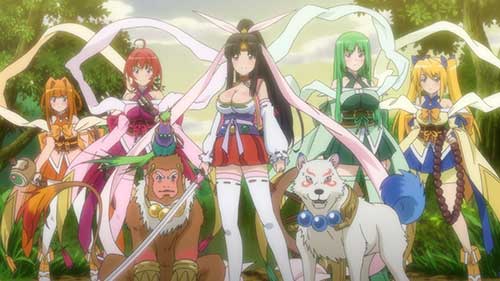 The girls all look beautiful, which I guess is what you want in a series like Momokyun Sword. What you don’t want, however, is an entire series where basically the only really memorable character is the protagonist, and maybe one other.