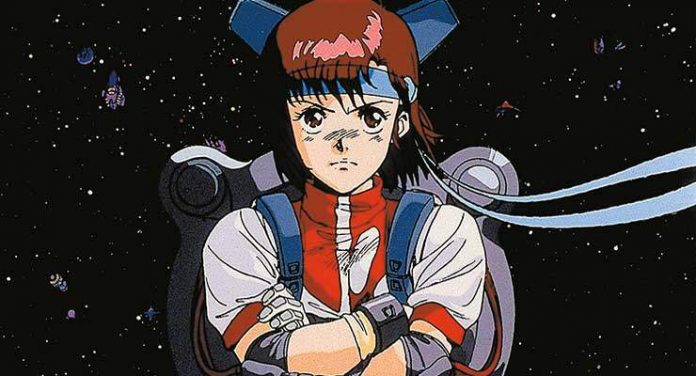 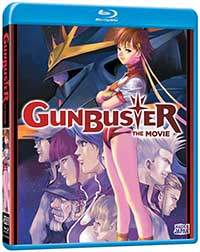 Fans of Gunbuster will already know that Gunbuster the Movie is not really an original feature-length film entry in the franchise at all. It is in fact an edited down version of the six episode OVA. The 95-minute “film” follows the story of young Takaya Noriko who is training to pilot a giant, humanoid mech, but isn’t very good until her teacher pairs her with her mentor, the school’s best pilot Amano Kazumi. The two must battle monsters and aliens threatening to destroy the Earth, and it is a journey that will take them through the depths of space and time as they sacrifice their relationships to the faster-than-the-speed-of-light

travel, which means they lose years on Earth for mere hours of flight and fight in space. The series is epic, while this condensed version is action-packed, but lacks some context for those unfamiliar with the OVA. Even so, it is a marvel to watch for the pulse-pounding action and glorious animation alone. The hand-drawn-done-on-film production from 2006 looks so much more organic in today’s world of digital animation and 3DCGI productions. The style is almost quaint, even as it remains eye-catching, and the action sequences are downright mesmerizing. It helps that the redone 5.1 soundtrack really gets you going as well with pulsing sound effects and booming explosions.

The HD transfer of Gunbuster the Movie looks beautiful in this 1.33:1(partly 1.78:1 black and white) AVC 1080p transfer. There’s very little visible source damage, considering this is an original film-sourced animated production, but it hasn’t been so wiped clean that it looked excessively smooth. The texture is still there and grain looks quite crisp and natural. Colors are also really vivid and vibrant, but not too over saturated and unnatural.

low-end is deep, so the explosions in the numerous action sequences really have authority. Dialogue is crystal clear as well and the atmospherics sound natural. There’s also a good bit of solid effects in the surround channels. As always, the Japanese cast did an excellent job here, even though this is a re-dub of the original OVA soundtrack – but at least it is the original cast members and, in a sense, depending on how you look at it, this is the original re-dub, not a new re-dub, if you take my meaning. 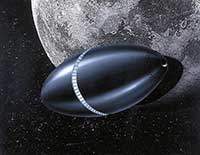 The Japanese commentary is the most interesting bonus supplied here, but the interviews are also worth checking out.

Gunbuster the Movie may not be a good starting point for anyone unfamiliar with the series, but it is still fantastic anime, hitting all the right points, be it action, animation, or sound. The new Blu-ray from Maiden Japan looks and sounds fantastic.