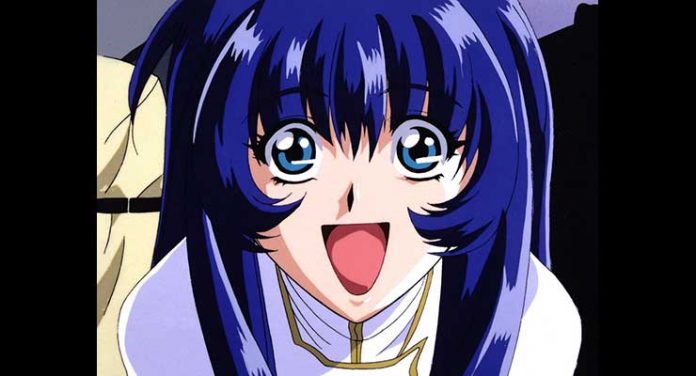 Martian Successor Nadesico is the classic 1990s sci-fi anime series that mixed otaku culture with a witty mecha comedy/drama. The story is set in 2196 and Earth is at war with a strange race of alien invaders known as “Jovian Lizards”. Male protagonist Tenkawa Akito, a boy raised on the Mars colony Utopia, survives an attack on the colony by the Jovian Lizards and ends up on the powerful spaceship ND-001 Nadesico. He expects to work as a chef, but quickly discovers an innate ability to pilot the Nadesico’s Aestivalis — humanoid combat robots. Soon, he is constantly being called on to pilot the Aestivalis in battles against the Jovians, but that’s not his only problem. Akito finds himself the center of affection of all the ship’s female officers, especially the ship’s captain Misumaru Yurika, who swears she’s in love with him. All Akito really wants to do in life is cook and watch his favorite classic anime series, Gekigangar.

The story for Martian Successor Nadesico can at first seem a bit overbearing with its frenzied comedic style and obvious anime archetypes. The series very quickly settles into the norms of a harem-esque comedy with elements of a mecha in the background, at least on the surface. Dig a little deeper, however, and then one finds a multilayered story in Nadesico that parodies these very anime norms by building an anime series with a series with Akito and other character’s otaku-level obsession with their own classic mecha series Gekigangar viewing and the high-level drama of a serious war with the Jovian Lizards that eventually has serious consequences.

This collection also includes Martian Successor Nadesico: Prince of Darkness, the 1998 feature-length movie set some two years after the third Battle of Mars takes place and the Nadesico is now in control of the ruined colonies. Earth and the Jovian Federation have an uneasy alliance and several characters from the series are presumed dead, including Akito and Yurika. The peace that has been maintained for years is threatened by the rise of a group of Jovians called the “Martian Successors” who want to start up the war again. The genetically modified Ruri, a 15-year-old boson jumper and captain of the Nadesico-B is sent along with her crew to investigate.

The movie has a less comedic tone overall than the series and is less successful in blending the genres that the series had. As a stand-alone work and sequel to the Sega video game that comes between the series and the movie, however, the movie is an excellent piece of work with compelling characters and beautiful animation. Had I not seen the series, the movie would definitely draw me into the world of Nadesico, although I may be surprised to find it not what I expected based on the expectations set by Prince of Darkness. 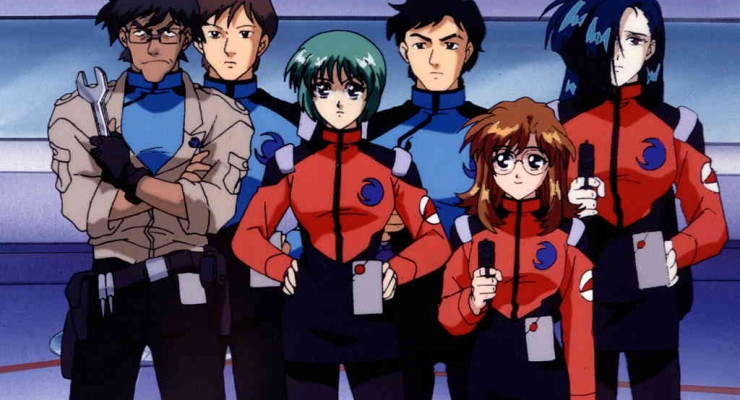 The series and movie have been solidly transferred to Blu-ray in AVC 1080p encodements. The series maintains its 1.33:1 aspect ratio and the movie its 1.78:1 aspect ratio. Having been done on film, both have a layer of grain that is still visible and some hints of film softness and a bit of damage that has been cleaned up without totally smoothing over texture. Overall, the grain structure looks organic and colors are vibrant, if just a hint oversaturated. The movie looks a tick better than the series as far as overall quality.

The original Japanese-language soundtrack and an English dub are included in LPCM 5.1 mixes for both the series and the movie. The sound mixes for both sound well-balanced with lots of ambience and good extension in the low range. I tilt in the direction of the excellent original Japanese and find the English dub too forcefully comedic and somewhat immature sounding. I also don’t like how some of the translations are altered.

Much of the bonus material is included on a bonus DVD.

Nozomi Entertainment brings this classic comedy/mecha to Blu-ray in a beautifully transferred set with a good array of extras. I cannot recommend this set enough for anyone interested in the pre-digital production age of anime series.