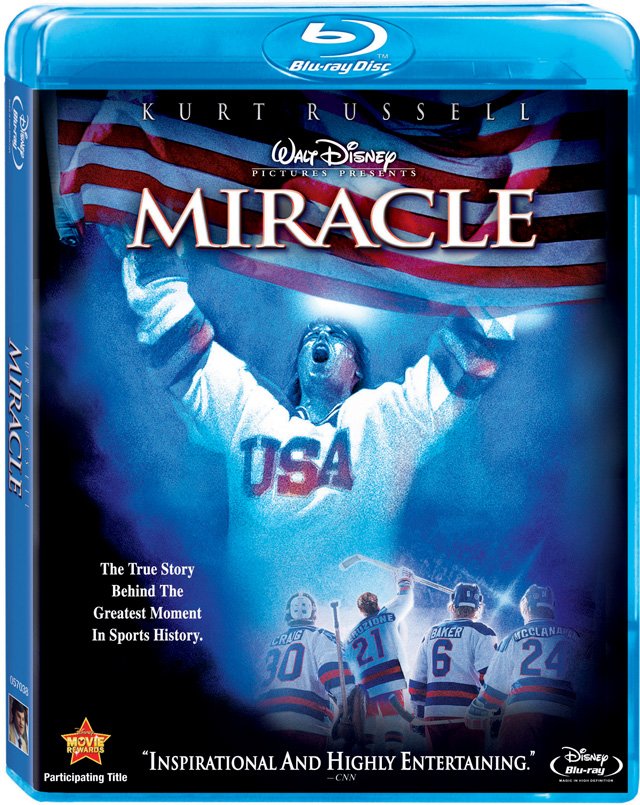 Miracle is undoubtedly well cast, well filmed, and well choreographed. It is even given a grand, even if slightly repetitive, emotional score from composer Mark Isham. What Miracle isn’t, is a film that veers too far from the sports movie playbook. Hockey was never — and still isn’t — a very huge sport in The United States, but there aren’t too many people, particularly sports fans, who do not know of the unlikely 1980 Olympic Games victory of the U.S. hockey team over the dominant Russian squad, which eventually led the U.S. to a gold medal in hockey for the first time since 1960.

Amidst an atmosphere of Cold War, the hostages in Iran, and Russia’s invasion of Afghanistan, the U.S.H.A. sent up a team full of young amateur hockey players and Minnesotan coach Herb Brooks (Kurt Russell) to go up against the superior hockey nations like Sweden, Czechoslovakia, and the undefeatable Russians who had taken the gold at every Olympics since 1964. As the underdogs, and going in to the Olympics having been defeated only three days prior by the Russian team, the U.S. hockey team came to embody a spirit of nationalism and optimism that the country was longing for. 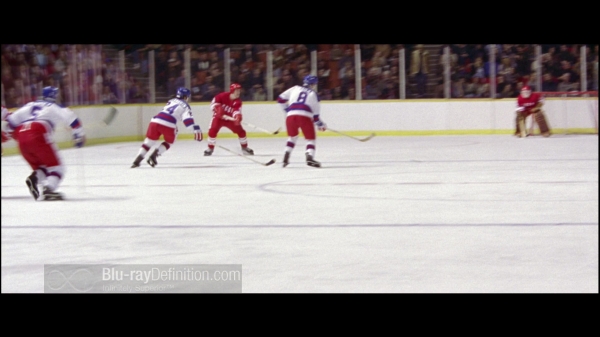 Miracle seeks to document that historic event  in what is, admittedly, probably one of the better filmed sports movies ever made. Director Gavin O’Connnor, cinematographer Dan Stoloff, and hockey coordinator Mark Robert Ellis are successful in creating an energetic feel that places viewers right down on the ice with the players during the games.  Add in to that the superbly engineered sound design, and the game sequences in this film are just as suspenseful as real games, even given the knowledge of the ultimate outcome.

All of that is superb, but, alas, beyond the brilliance and energy of the hockey sequences, Miracle falls into the trap of most sports film docudramas by fixating on clichés like honor, loyalty, and patriotism.  Delving much further than that into the lives and personalities of the real people the story is based on is completely avoided. Apart from a typical wife character, played by Patricia Clarkson, Herb Brooks’ home life isn’t even explored. Miracle offers up nothing new that we haven’t seen in just about every other sport movie. 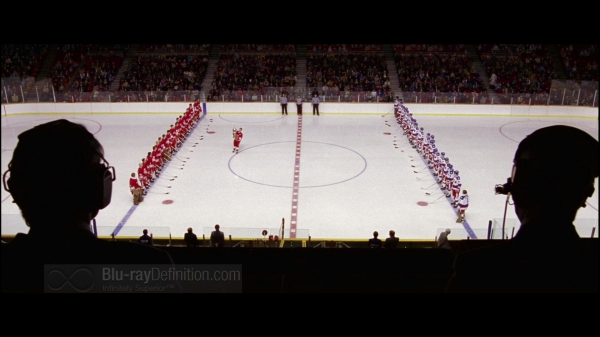 Miracle has been given a quite solid 1080p/24 AVC/MPEG-4 high definition encoding by Disney. The film itself is a bit strong on grain, but this transfer keeps that original look intact and looks quite film like.  The source is clean, as to be expected, showing hardly a speckle. Black levels are solid and show a very good amount of shadow detail. Contrast is sometimes a little hot, showing some clipping on occasion, but it is not severe. Flesh tones are natural and foreground and background detail extension is strong. This is just another solid BD release from Disney. 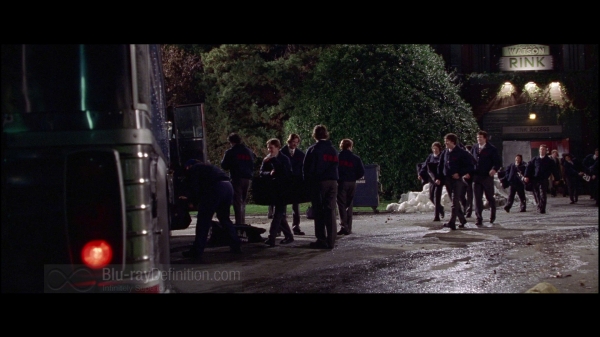 A huge part of what makes Miracle entertaining to watch is its sound design, and coming to Blu-ray with an English DTS-HD Master Audio 5.1 (48kHz/24-bit) lossless encoding the film sounds as excellent. Full use is made of the surround channels, both for ambience and discrete sound effects. During the hockey match scenes, the entire sound system comes alive with the sound of sticks on pucks and blades on ice, really giving a sense that one is inside the match with the players. The subwoofer is also put to good use with mildly deep bass frequencies. Although dialogue is intelligible, it does suffer from some occasional moments of harshness/clipping.

Special mention has to be made here of Mark Isham’s wonderful score, which was originally recorded in 5.1, and sounds very good on this Blu-ray release, with smooth high frequencies, lush reverberation, and a wide, but not overwhelming, dynamic range. 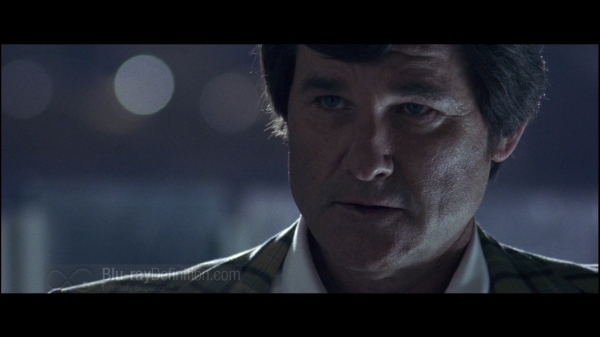 All of the video supplements on Miracle are provided in standard definition, but they provide high quality content, offering a plethora of opportunities to see the real members of the 1980 U.S. Olympic hockey team and coach Herb Brooks. 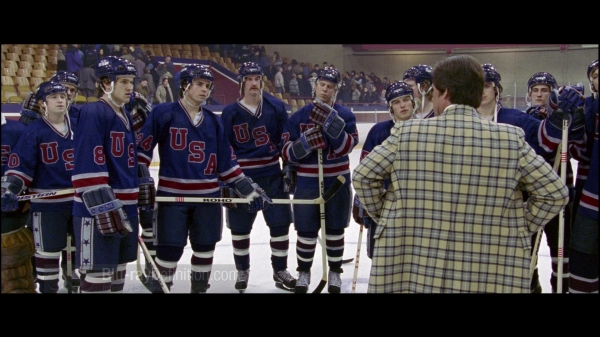 Miracle is a well-made film about this historic event in U.S. and world sport. Despite its flaws, it is a quite entertaining way to pass two-hours and this solid Blu-ray release from Disney is a nearly perfect way to experience it.