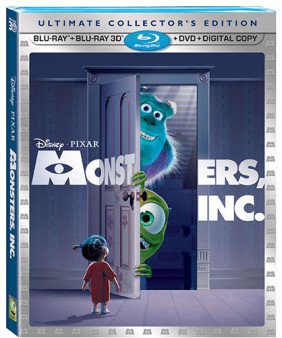 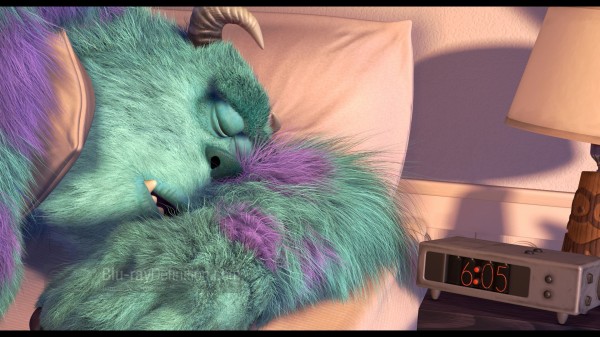 In the world of Monstropolis, where all manner of creepy, multi-eyed, multi-limbed and multicolored monsters a kid can conjure up in his or her nightmares, the central power company, Monsters, Inc., supplies all the energy to power the city by sending monsters into children’s rooms at night through a series of doors to harvest their screams. There is where our main characters work. There’s James P. “Sulley” Sullivan (John Goodman), a big, blue, teddy bear-like monster and his assistant Mike Wazowski (Billy Crystal), a short round, green ball of a man with two skinny arms, two skinny legs and one big eye. The two of them make up the companies leading team of energy harvesters and a competitive battle ensues between them and their main competition, Randall Boggs (Steve Buscemi). 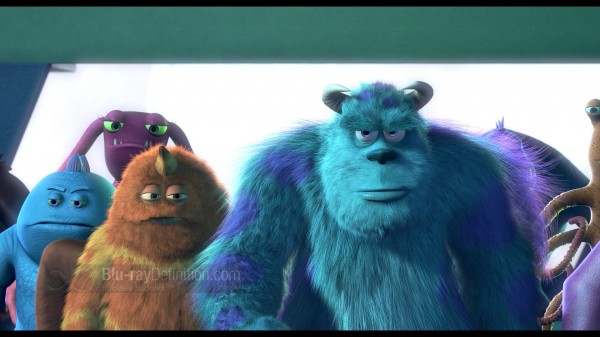 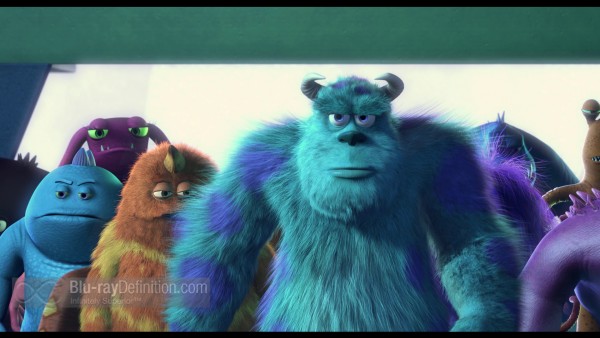 The 2D transfer remains the same as the 2009 release and it still looks just as brilliant, clean, vividly candy-colored, and crisply detailed as it did before. I’ve included above two screen captures taken from each respective release for comparison’s sake. As of today, there really is no way to include any real 3D captures that I know of, so you’ll just have to take my word for it when I say that this may be one of the smartest looking 3D conversions I’ve seen from Pixar to date. Of course, using the term “conversion” with an entirely digital, CGI production is a bit of a stretch, since all of the original files are all there, and it is basically a case of reshooting every frame in 3D with a virtual camera, then re-rendering it. However they do it, the 3D effects here look very convincing, especially the “door chase” scene. This film, with its eye-catching colors and funny looking characters really works well in 3D. 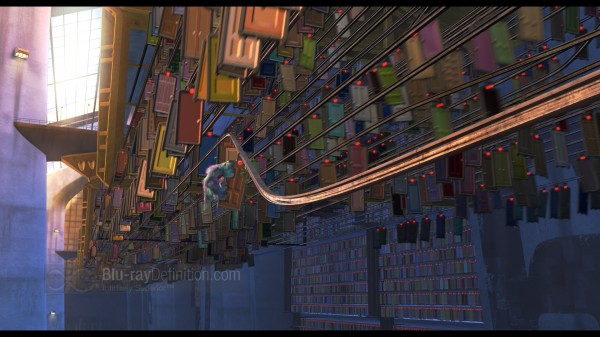 One thing that is different this time around is we get a brand new Dolby TrueHD 7.1 (48kHz/24-bit) soundtrack that is magnificent, and really adds lots of extra oomph, if you will. There’s a tighter soundfield, good use of the back channels for atmospherics and some discrete effects (at one point early one, Sulley’s voice emanates from right behind us convincingly so). Dynamics are good and low frequency extension is quite deep, for an impactful aural experience. 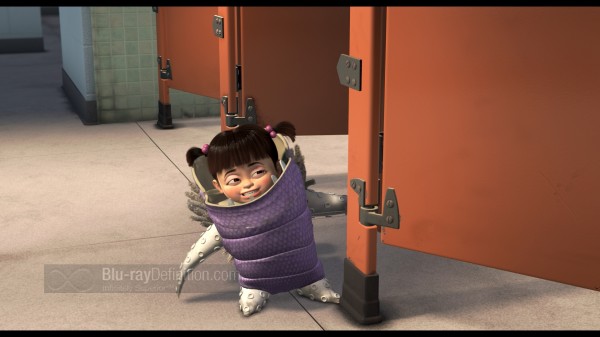 This release has remained nearly identical to the one put out by Disney in 2009, with the exception that the Pete Docter video introduction which used to appear prior to the disc menu has apparently been removed (unless it appears elsewhere as an Easter egg, which I haven’t found) and the Toy Story Toons animated short, Partysaurus Rex has been added as one of the extras. Additionally, different trailers have been included on the Blu-ray 2D feature disc. See below for details. 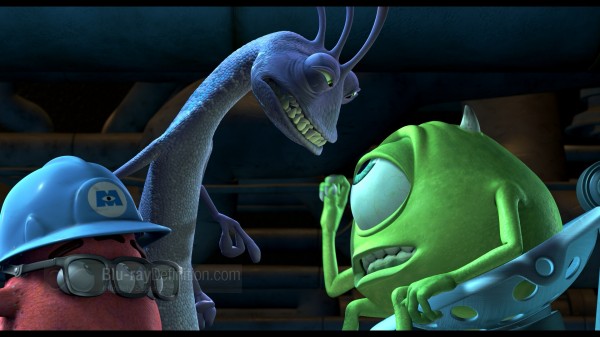 Still one of the great, early Pixar classics, Monsters, Inc. gets a good boost in this 3D reworking that doesn’t seem gimmicky at all. 3D really works well with the animated genre and if you are 3D capable, even if you already own the 2D Blu-ray release of this title, you owe it to yourself to pick this one up for the entire family.